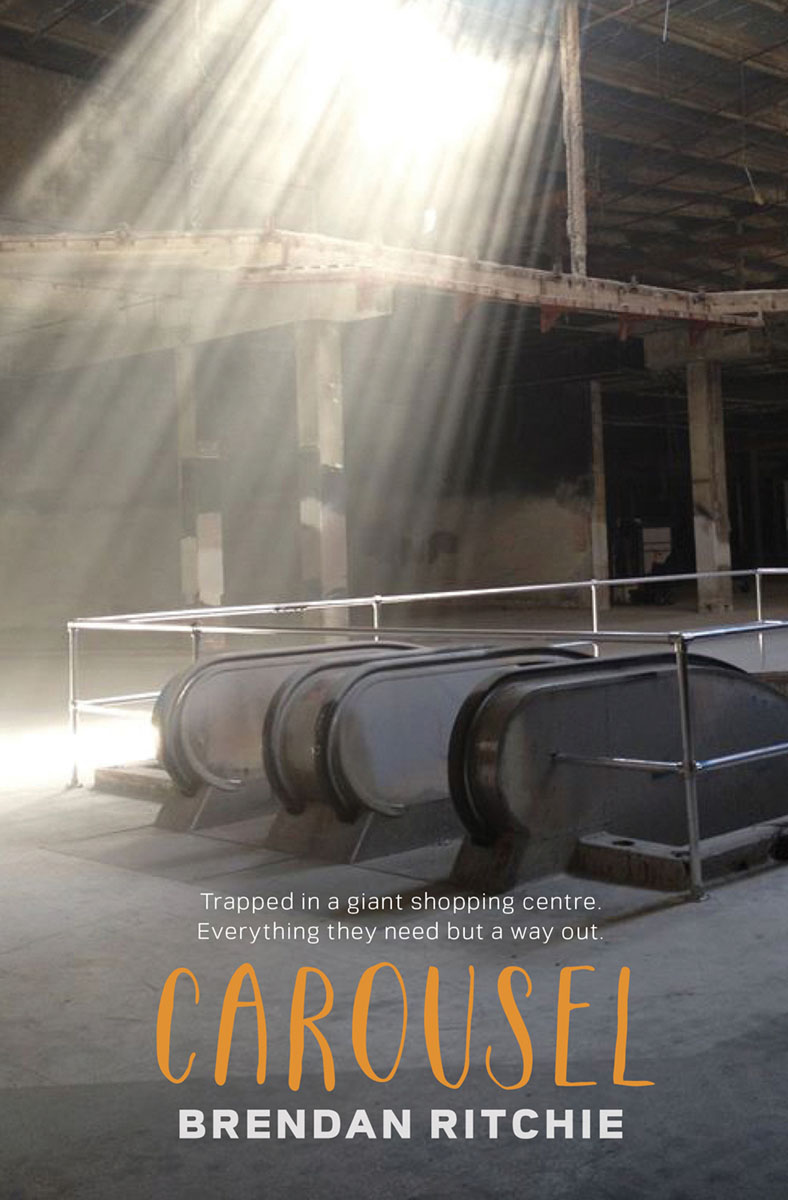 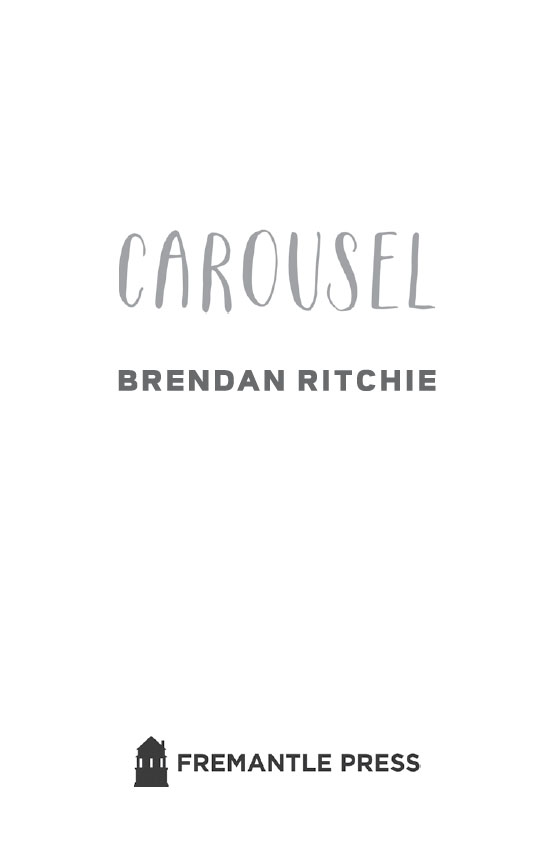 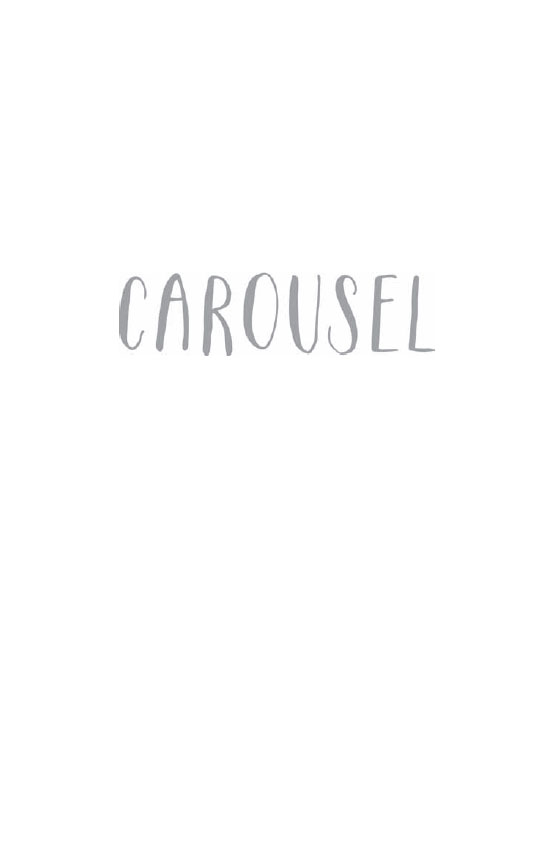 It was definitely Taylor and Lizzy. They were sitting on one of those island-type lounges you find in the middle of most shopping centres. The ones filling space between juice bars and mobile phone stores. This one was curved and black and might have worked better in a hotel lobby.

They were looking at their mobiles and talking. Well, Taylor was. Her hair was a bit longer than Lizzy's, and chopped up on the sides. Lizzy's was bobbed like a helmet in some fifties sci-fi movie. Their hair was always awesome.

Taylor was throwing snatches of speech at Lizzy, who was letting most of it fly. Only occasionally chiming in to answer before her sister had finished the question. Both of them were pretty preoccupied with their phones.

What the hell were they doing here?

I knew they were touring. Wedging in some dates in Australia on their way through to Asia and probably Europe. I'd seen them play The Shetland two nights ago. The converted warehouse popping with old fans, faces glowing in the aftermath of their favourite singles, and hipster lesbians drawn magnetically to the gay Canadian duo and the prospect of a night away from Perth's clichÃ©d and sleazy clubs.

Still, the idea of an in-store seemed pretty insane. Well, maybe not. But I was pretty fucking sure that this was Carousel Shopping Centre. A sprawling mass of big names like Myer and Apple shoved between discount fashion outlets and oversize supermarkets on the eastern fringes of Perth.

What the hell were they doing at Carousel?

What the hell was I doing at Carousel?

Hold on. How did I know this was Carousel?

There was a Bags R Us store next to me. Shelves of cheap suitcases and tacky red-leather handbags. Next along was a salon. Part of a chain maybe. Then a chocolate store selling gift baskets, prepacked and wrapped in cellophane with snips of ribbon. One of these lay open between Taylor and Lizzy.

On the other side was Country Road. Larger than
the other stores with classic-cut polos and pencil skirts stuck to beautiful mannequins in the windows. Next door to this was a gaudy looking Cotton On selling imitations at half the price. The place was weird without music. Normally I would be blasted with some crappy dance track standing this close to Cotton On. But not today.

I looked upward for some windows but there were none. This end of the centre was just one level. There was some light at the end of the corridor where the place seemed to open up into a kind of dome. Maybe that's why I thought it was Carousel. It had this ridiculous entrance where a bunch of doors led into a big round foyer with its roof cut off. In summer this left the sushi bar and cafÃ© sweltering in forty-degree sunshine. In winter an awning was stretched across, leaving the floor slippery as hell when rain blew under and mixed with car-park dirt to form a greasy brown film on the tiles. Countless teenage dates were ruined by the embarrassment of a fall before the couple had even made it to the cinema.

The light down there seemed blue and artificial. From where I stood next to Bags R Us it was impossible to know if it were day or night.

Taylor and Lizzy were looking at me.

They had glanced my way a couple of times already. But now they were looking right at me and talking. Lizzy seemed to be suggesting something. Maybe Taylor wasn't so sure. Neither of them moved.

It occurred to me how stupid I must look just standing there at the front of a discount luggage store. Why wasn't I walking somewhere or looking for something? I searched my pockets for my beat-up iPhone. But I couldn't pull it out now. The Finns were already looking at me. Instead I turned and stepped inside the store.

Not just of customers, which I might have expected, but seemingly of staff too. I browsed through some of the less tacky overnight suitcases and waited for a shop assistant to surface from the back of the store. Nobody did. I smiled a little at the idea that someone hated their job here so much that they didn't even bother coming out of the lunchroom for customers. I'd dreamed of this kind of behaviour at the stationery store where I worked but never had the guts to carry it out.

The only thing was I kind of wanted to buy something so I wouldn't have to leave empty-handed, looking like a fraud. I walked over to the counter and
waited for a few moments. I took out my phone and put it down on the benchtop so that it made a decent noise. Still nobody surfaced to serve me.

This is stupid, I thought. Like Taylor and Lizzy Finn will care if I don't buy a suitcase. They probably weren't even looking at me.

I left the store and headed for the dome. The Finns were still there, focused back on their phones. But for some bizarro reason I didn't walk past. Instead I veered across in a weird curve and stopped awkwardly in front of them.

They looked up for a moment and gave me a couple of pretty friendly smiles. Lizzy returned to what looked like a Twitter feed. Taylor waited for me to say something.

I didn't say anything else straight away. Taylor shuffled over slightly on the couch. I lingered for a moment, then sat on the edge. Lizzy showed Taylor her phone.

âLook at my network,' said Lizzy.

âYou don't have one,' said Taylor.

Taylor turned to me. âDo you have a phone?'

âYeah. But my network is shit in here.'

âAll the time?' she asked.

Lizzy was listening too. She looked at me.

âI don't know. Most times I guess. There's a cinema and some bars down there.'

They turned in the direction of the dome. âSo it stays open pretty late,' I said.

Taylor and Lizzy glanced at each other.

âAre you guys doing an in-store?' I asked.

They both looked at me.

âNot all bands do the west coast when they tour,' I said.

âSaturday at The Shetland. But also Fremantle. And down south.'

âWhere is down south?' asked Taylor.

âJust south of the city. People here drive down there on weekends.'

âLizzy. What the fuck?' said Taylor.

âThere are probably some other things we could ask him,' said Taylor.

âI like “Josephine”. But I don't really have a favourite,' I said.

They looked at me a little sceptically and nodded. Taylor dialled a number on her phone and waited for an answer.

âWhat are you doing?' asked Lizzy.

Taylor ignored this. Lizzy looked across at the Pure 'n' Natural kiosk ahead of us.

âWhat is Pure 'n' Natural? Like juices and stuff?' she asked.

âThere's a Coffee Club near the cinema, I think,' I replied.

Taylor laughed and gave up on the phone. I must have sounded sarcastic. Lizzy shook her head, stood up and stretched. Taylor watched her.

Taylor looked across at me and didn't answer.

I shook my head. Taylor nodded, then rose to head off in the direction of the dome. I stayed seated.

âCome on,' said Lizzy. âWe'll get a latte or something.'

I stood and shuffled forward to catch up to them. Ahead of us the centre lay completely empty.

Lizzy and I stood looking at the sky through the open dome while Taylor pushed on the doors at the front of the centre. None of them opened. The sky was crisp and blue. It was daytime and the centre was closed.

Lizzy left me and wandered over to the Coffee Club island. She opened a gate in the counter and walked inside. Taylor turned from the doors and watched as Lizzy took some milk from a fridge and studied the shiny espresso machine running along the counter. I trailed over and sat on a stool. A moment later Taylor joined me. Lizzy pressed some buttons on the machine. Steam shot out over the floor.

âDo you really want to do that?' asked Taylor.

âScrew around with their stuff,' said Taylor.

Lizzy brushed this off. âWe're stuck in here, Taylor.
What else are we going to do?'

âWe're probably all over the security video by now,' said Taylor.

Lizzy ignored her. She had worked out how to grind the coffee beans and was filling up a handle.

âWhat are you having?' she asked me.

Taylor rolled her eyes and toggled the airplane mode on her phone. Lizzy filled a jug with milk, turned on the steamer and spilled some foam across the counter. I smiled and Lizzy joined me. She poured the bubbly milk into three small glasses a quarter full with coffee. Mocking pride, she slid two over to me and Taylor.

Lizzy shook her head. I watched the two of them look at each other. They seemed to do this a lot. It was hard to tell what was passing between them.

Lizzy looked around the open, circular foyer. âSo why are all of the shops open?' she asked.

Taylor and I followed her gaze. A giant Live clothing store dominated the space. Black and edgy and normally the loudest fucker of them all. But not today. The doors opened up to an abandoned counter tucked behind a
silent array of leather, dark denim and leggings.

There were other stores, of course. Rebel Sport. JB Hi-Fi. Smiggle. An Apple Store. You could totally look at a Mac without talking to somebody in a blue shirt. I wondered whether the staff would suddenly appear if I walked in and applaud me as their only customer for the day.

Lizzy was right, though. The whole place was open for business, bar the front doors. Seemingly all the doors. Yet we were inside.

I turned back to them. Lizzy was looking at some jars of giant cookies on the counter. She took one out and showed it to Taylor. It was pretty huge.

La catedral del mar by Ildefonso Falcones
The Egypt Code by Robert Bauval
The Moth in the Mirror by A. G. Howard
The Notorious Nobleman by Nancy Lawrence
Pirate Wars by Kai Meyer
Alive by Scott Sigler
Magic and Mayhem: Witch and Were (Kindle Worlds Novella) by Eliza Gayle
For Old Crime's Sake (Chase Charley Mystery Book 1) by Rose Pressey
Until the Dawn by Desiree Holt, Cerise DeLand
Tesla by Vladimir Pistalo
Our partner