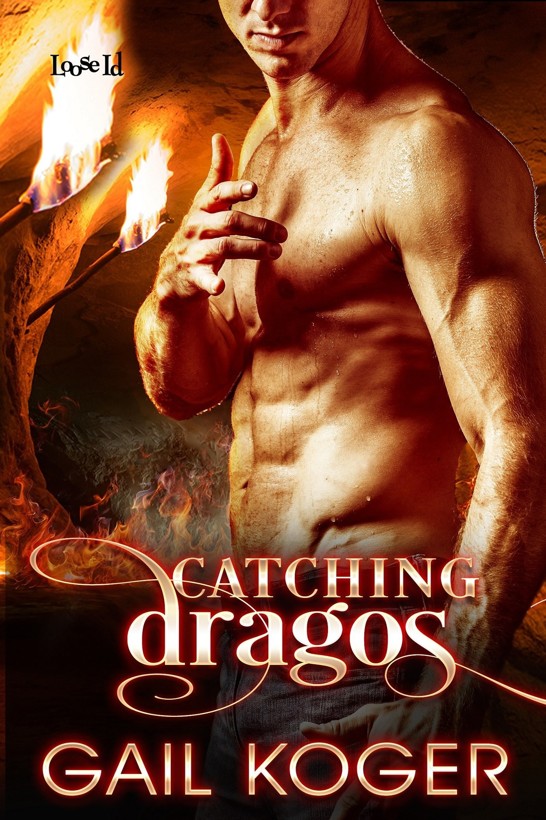 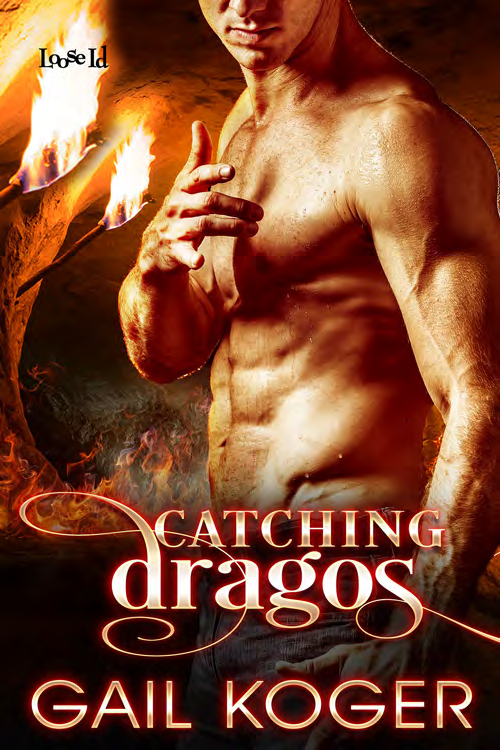 Al rights reserved. This copy is intended for the original purchaser of this e-book ONLY. No

part of this e-book may be reproduced, scanned, or distributed in any printed or electronic

form without prior written permission from Loose Id LLC. Please do not participate in or

encourage piracy of copyrighted materials in violation of the author's rights. Purchase only

Image/art disclaimer: Licensed material is being used for ilustrative purposes only. Any

person depicted in the licensed material is a model.

This e-book is a work of fiction. While reference might be made to actual historical events or

existing locations, the names, characters, places and incidents are either the product of the

author’s imagination or are used fictitiously, and any resemblance to actual persons, living or

offensive to some readers. Loose Id LLC’s e-books are for sale to adults ONLY, as defined by

the laws of the country in which you made your purchase. Please store your files wisely,

where they cannot be accessed by under-aged readers.

DISCLAIMER: Please do not try any new sexual practice, especial y those that might be found

in our BDSM/fetish titles without the guidance of an experienced practitioner. Neither Loose

Id LLC nor its authors will be responsible for any loss, harm, injury or death resulting from use

of the information contained in any of its titles.

This book is dedicated to my parents.

I wanted to express my appreciation to my readers. You rock!

My name’s Mariah Smith, but everyone calls me the Judge. No, I don’t wear a

black robe or sit on a bench. Using my psychic and magical abilities, I provide a unique

service to those who have been wronged. I’m in the business of paybacks.

How did I choose this career path? Justice. I wanted justice for my father. Dad was

one hell of a cop. His partner, Dan Harvey, not so much.

Bambi, a hot-to-trot teenager. When my dad found out she was only sixteen, he tried to

talk his partner into stopping the affair. When that didn’t work, my father was forced to

tell the chief of police what was going on.

That ended Dan’s career, his illicit affair, and their partnership. The court

sentenced the idiot to a year in county lockup. The minute Dan got out of jail and found

out Bambi had moved on to fresher game, he lost it.

He cleaned out his ex-wife’s bank account, shot my father, and fled. My dad

survived but had to learn to walk again. The lame-ass detective they assigned to the

case misplaced the evidence, and the county attorney refused to prosecute.

Using my rather awesome psychic abilities, I tracked the jerk to Mexico. While my

dad recovered from a bullet in the back, Dan was having the time of his life in

the bay. I was going to teach Dan a well-deserved lesson. First he would lose his libido,

his looks, his money, the car, and the villa.

Dan’s oversexed libido was in high gear, and he wasn’t content until he had

bedded at least five women a day. Did he practice safe sex? Hell, no. He liked going

commando, and Senorita Clap soon had him walking like a bowlegged cowboy. It was

Disguised as a maid, I soon discovered Dan took a popular baldness drug that had

some rather nasty side effects. It caused men’s genitals to shrink, and within a month 80

percent of the users became impotent. I tripled his dose, and damn, it worked. He

couldn’t get it up, and not even the little blue pill helped.

Dan was an extremely vain man. Instead of getting braces for his son, he blew the

money on veneers for his own teeth. I added a mixture of nicotine, black tar, and a dash

of magic to his toothpaste. Presto! Pearly whites gone. I hacked his bank account, sent

the money back to his ex-wife, and reported Dan’s bogus credit cards to the Mexican

Federales and his landlord.

Next, I hotwired Dan’s sports car and drove it down to the poorer side of town. I

watched gleefully as it was stripped down to the frame. I had it towed back to his villa.

Dan threw a hissy fit and unloaded his Glock into the remains. Sometimes getting your

Dan’s expression when he got arrested for fraud? Priceless. He’s now doing time

in a Mexican prison. That’s what I call justice.

As time passed, my reputation grew. I became very selective about the cases I

took. I’m not a killer. My retributions were carefully planned out to expose the villains’

crimes and get closure for the victims.

My current target was the famous supermodel Fabian. Smoking hot body, the face

of an Italian sinner, and dumb as a rock. His crime? Sticky fingers. The man-whore

makes millions of dollars a year, but can’t resist seducing elderly women out of their

jewelry? I’m not talking about mature women of fifty or sixty. I’m talking old. His latest

victim, Ethel Rossi, was eighty-five, hard of hearing, and had a bad habit of misplacing

Rumor has it, Ethel fell asleep during the act. Maybe Fabian’s not the fabled lover

everyone says he is. The Rossi family hired me to retrieve the three-hundred-year-old

medallion he walked off with and unmask him as the gigolo he truly was.

punishment. My surveillance jobs have ranged from being a maid to a pilot to a

Why? Fabian had joined a male dance revue billed as “The Perfect Girl’s Night

In my line of work, a proper disguise is a necessity. Letting the prey know what I

really look like could lead to unexpected confrontations, fights, or heaven forbid, police

involvement. Law enforcement officials consider me a menace and are actively hunting

me. Thanks to my magical family, most information the authorities manage to gather

mysteriously disappears from their computers and paper files. Unfortunately, some

agencies hired witches to protect their officers and headquarters. It was a good thing I

belonged to the Vizzini clan. Not only could they deal with the witches, they kept the

I opened my box of stage makeup and started painting my face. I added wrinkles,

zits, and a big black mole above my upper lip. Hmmm. I needed something more. I

plucked two long black hairs from the box and attached them to the mole. They

protruded outward like antennae on a roach. Yep, those lips were definitely not

Adjusting my weapons belt, I eyed myself in the mirror. The ponytail had to go. I

scraped my long blonde hair into an unflattering bun. Much better. The security

uniform was a horrible shade of neon red that gave me the pallor of a long-dead corpse.

A satisfied smile curved my mouth. My own father wouldn’t recognize me.

Beep. Beep. Beep
. I reset the timer on my watch and quickly popped in brown

plague. But then again, he had switched from young nubile women to old wrinkly

grannies. So maybe he would find the mole a turn-on.

The Perfect Girl’s Night Out showroom was swarming with giggling, excited

women of every age. All of them had paid good money to see Fabian’s dance moves. It

was my job to keep rabid fans off the stage and gather intel on Fabian. Should be easy.

A husky male voice sounded from the speakers. “Are you ready to meet the man

of your dreams? Fabian!”

In unison the women screamed back, “Yes!”

Fog rolled down the catwalk.

Six pirates leaped out of the darkness.

Six redcoat soldiers complete with those funky white wigs charged onto the stage.

The pirates attacked them. Their swords clashed loudly as they broke into a

choreographed dance routine. I had to admit they were pretty good for male strippers.

A spotlight blossomed, and there was Fabian, hanging from a rope twenty feet

above the showroom. A sword clenched between his teeth, he slid down and dropped

He bowed elegantly to his giddy fans and prowled down the catwalk.

Yeow. The man was sex on two legs. His red satin pirate’s shirt was cut to expose

his muscular chest. Those skintight black leather pants cupped his great ass, and the

Fabian raised his sword and shouted. “
Monstrata
!” Flames shot from the tip.

If I didn’t know any better, I’d think it was an enchanted sword. Nah. It had to be

some kind of special effect. There was no way that doofus could battle things that go

bump in the night. His ass would be crispy fried in less than a minute.

The redcoats morphed into pretty realistic-looking demons complete with red

The fight sequence was straight out of a Hollywood movie. The man-whore

ducked and dodged their six-inch claws while wielding his sword to devastating effect.

The demons’ roars of fury echoed around the room. Fabian laughed and swung

Farmer Takes a Wife by Debbie Macomber
The Bride Wore A Forty-Four by Maggie Shayne
Once Upon a Valentine by Stephanie Bond
Smoke and Mirrors by Lesley Choyce
The Blind Side by Michael Lewis
Spike by Jennifer Ryder
Lockwood & Co.: The Creeping Shadow by Jonathan Stroud
Hard Luck by Liv Morris
Running with Wolves (Shifter Country Wolves Book 1) by Noir, Roxie
My Spy by Christina Skye
Our partner