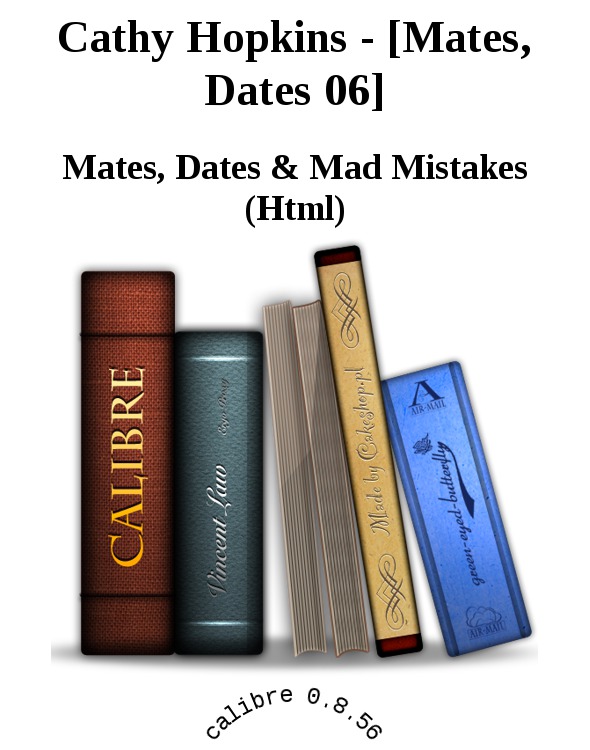 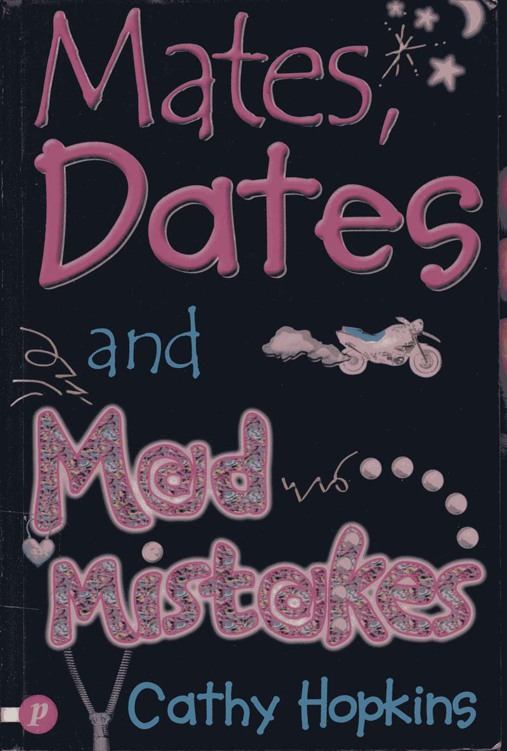 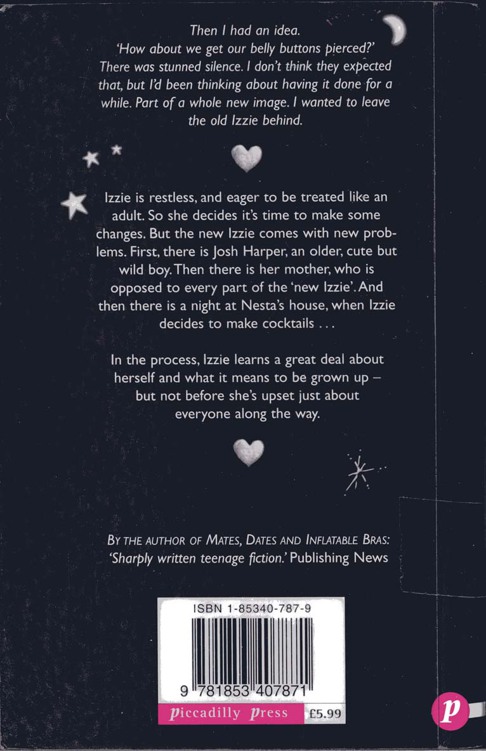 Thanks as always to Brenda Gardner, Yasemin Uçar and the team at

Piccadilly for making working on these books such a pleasure.

To Rosemary Bromley at Juvenilia for all her support. To Steve

Levering for all his help and for being a great sounding board. And to

and for answering all my questions.

‘What?’ I asked as
Lucy and I came back into her bedroom with sleepover supplies (the usual: Diet
Cokes, Salt & Vinegar Pringles and Liquorice Allsorts). TJ, Nesta and I were
staying over at Lucy’s, after she’d held a girls-only party earlier in the
evening. We’d finished clearing up after the other girls had left and were
ready for some late night nattering before getting into our sleeping bags.

TJ pointed to a book
of spells that I’d lent Lucy earlier in the summer. ‘Becoming blood sisters,’
said TJ in a spooky voice. ‘Says in Izzie’s book that if you want to bond with
your mates for life, the best way to do it is to each prick your finger with a
needle, then press the tiny point of blood on your finger against the prick on
your friends’ fingers. It makes you sisters for life.’

‘Yee-
uck
,’ said
Nesta. ’Can’t we burn our bras instead, like those women in the sixties?‘

Lucy laughed. ‘No we
can’t, because seeing as I have no chest to speak of, I haven’t got a bra to
burn.’

Lucy shook her head.
‘I chucked it out. No point. It was after something Lai said. He asked, if I
had no feet would I still wear shoes? I said no, course not. So then he said,
so why do you wear a bra?’

‘What a cheek. What
does he know?’ I said as I put down the Pringles. ‘That’s really mean, even for
a brother.’

Lucy shrugged. ‘Nah,
he’s right. I only wore one because everyone else does. For show. Trouble was,
nothing
did
show except an empty wrinkle of lacy fabric under my
T-shirt. It’s much more comfortable without one.’

‘Oh, let’s do the
blood sister thing,’ said TJ. ‘It’ll be a laugh and we’ll be friends for ever
and ever.’

I shook my head.
‘Nah, sounds daft.
It’s the sort of thing that kids do,
junior school stuff…’

‘And this coming from
Mystic Iz, Queen of Witchiness herself,’ said TJ. ‘What’s up with you?’

I shrugged. ‘Nothing.
It just sounds childish. I’ve had that spell book for years. I read it when I
was in Year
Seven’

TJ looked
disappointed. ‘I think it sounds cool. And there’s a nice sentiment behind it -
makes a change from all those spells you usually do for getting boys and
stuff.’

‘Well, you have to
sterilise the needles, you know,’ said Nesta.

Lucy rolled her eyes.
‘You’re such a prissy-knickers.’

‘Yes, better had,
Lucy,’ I said. TJ’s parents are both doctors so if anyone should know about
what’s safe and what’s not, it’s them.‘

‘It won’t,’ said Lucy
as she began to look for needles in her sewing box. She found a sachet of them
and waved them in the air. ‘Won’t be a mo. I’ll just put on my nurse’s uniform
and go and sterilise these.’

She was back a few
minutes later and handed us a needle each.

‘If we’re going to do
this, let’s do it properly,’ I said. ‘We should sit in a circle, and Lucy, can
we light a candle?’

Lucy found a candle,
lit it, then turned off the electric light and we sat in a circle on the floor.

Lucy, TJ and I did it
straight away. A quick jab and we were ready.

Nesta screwed her face
up and put the needle close to her thumb, like she was trying to puncture the
skin really slowly. ‘I can’t,’ she moaned. ‘I really can’t. I hate needles and
it’s going to
hurt’

‘Just do it quickly,’
said Lucy. ‘It just takes a second and only feels like… like a quick prick.’

‘I could answer that
with something very rude,’ laughed Nesta. ‘But I won’t. Are you
sure
these needles are sterilised properly, Luce? We might get some horrible
disease. I don’t think it’s safe to share blood.’

‘No,
no
,’ she
cried, rolling over on the floor on top of her hands. ‘You’ll stab me or hit an
artery or something.’

‘No,’ said Nesta,
getting up again. I'll do it myself.‘ Once again, she softly prodded her thumb
with the needle. ’No… It’s not working. No. Sorry. Can’t do it.‘

‘Well, we can’t carry
on if you don’t,’ said Lucy. ‘It wouldn’t be right. Me, TJ and Izzie would be
bonded for life and you’d be on the outside. It might be awful bad luck.’

‘Yeah, come on,
cowardy custard,’ I said, massaging my thumb. ‘My blood’s drying up.’

‘I’m sorry, I can’t. I
just can’t.’ Nesta leaned back and grabbed the spell book off the bed. ‘Isn’t
there some other thing we can do to bond us for life? Something that doesn’t
involve
pain
?’ She reached for the Pringles. ‘How about we all take a
bite of one of these and pass it on. Bond over a Pringle. Same sort of thing -
caring sharing, bonding schmonding.’

I had to laugh. Nesta
never takes anything like doing spells seriously. ‘Go on, then, pass us a
Pringle,’ I said.

Nesta selected one from
the tub, then we passed it around, each taking a tiny bite of it.

‘OK, by the power
vested in me by this salt and vinegar crisp,’ I said in my best solemn voice,‘I
hereby decree that these four girls gathered here tonight shall be friends for
ever and ever, bound together by the magical force of the Almighty Pringle.’

Lucy and Nesta started
laughing. ‘All hail to the Pringle,’ said Lucy.

Then I had an idea.
‘OK, then how about this? If we really want to have an experience that will
bond us, how about doing something that will look good as well?’

‘What do you mean?’
asked TJ. ‘Like dressing up to do spells?’

‘No. How about we get
our belly buttons pierced?’

There was a stunned
silence. I don’t think they expected anything like that, but I’d been thinking
about having it done for a while. Part of a whole new image. We were going into
Year Ten at school a week on

Monday and somehow I
wanted to leave the old Izzie behind with the old year. I felt like I’d grown
out of so many of the things I’d been into, including my clothes -literally,
with some of them. I seemed to have shot up a few more inches over the last
year and some of my jeans were stopping short of my ankles.
Tres
uncool. Anyway, I’d told Mum that I was having a mid-teen crisis and needed
some new clothes. She’d laughed and said there was no such thing as a
mid-teen
crisis, as when you’re a teen, it’s crisis all the way through - mainly for
her. Poo. I don’t think she knows how lucky she is. If she knew what some of
the girls at our school get up to behind their parents’ backs, she’d have a
fit. Relatively, I give her an easy time, although
she
doesn’t think
so.

‘Hmm,’ said Nesta
finally. ‘Having a stud put in will probably hurt as well, won’t it? But… I
have
always wanted one.’ She stroked her impossibly flat tummy. ‘Yeah, a belly
button stud would look neat.’

‘It won’t hurt,’ I
said. ‘Candice Carter had hers done. She was telling me earlier this evening at
the party. She said they put stuff on your tummy that kind of freezes it so you
don’t feel anything.’

‘Well, I’m in,’ said
Lucy. ‘I need all the help I can get, to get boys to notice me. A belly button
stud would look really cool and might detract from the fact that I have no
basoomas.’

The Friday Society by Adrienne Kress
Coalition of Lions by Elizabeth Wein
Armed With Steele by Kyra Jacobs
Sold for Sex by Bailey, J.A.
Learning Curve by Harper Bliss
Insatiable by Cari Quinn
Demon Ex Machina: Tales of a Demon-Hunting Soccer Mom by Julie Kenner
Gift of the Black Virgin by Serena Janes
The Left Series (Book 3): Left On The Brink by Fletcher, Christian
Extreme Magic by Hortense Calisher
Our partner