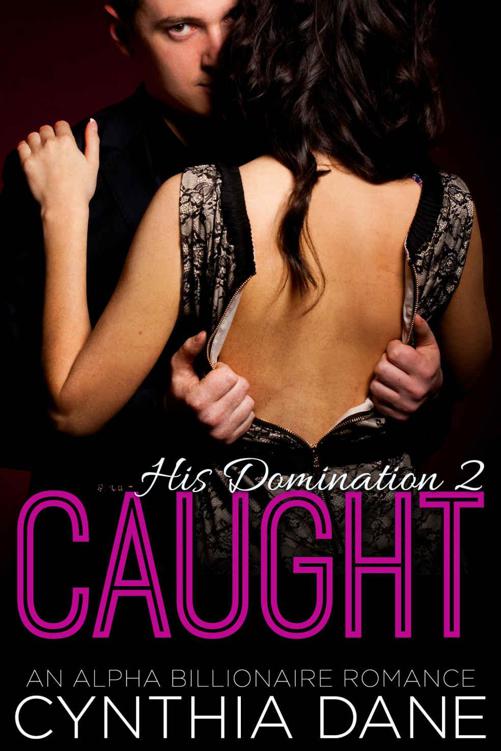 11: The Princess And The Dragon

Keep up with Cynthia’s latest releases by joining her mailing list! Behind the scenes, first looks, and even some free snippets!

And above all else, I am a liar.

The things I’ve lied about… they’re not things other men would think twice about. They lie all the time too. The amount of lies I’ve seen pile up in my business is nothing. For those men, it’s easy to lie. I admit it’s easy for me to lie too. Spin a few tales to get what I want. Do you know how men like us stay so damn rich? We lie. Constantly. Either by layering pleasantries upon you or outright lying about data we have. When you’re born with a silver spoon in your mouth, it’s second nature to lie.

Suffice to say, there’s a lot I’ve lied about.

I haven’t lied about my identity. My name is Henry Warren, son of Gerald and Isabella Warren. My father was a millionaire when I was born, and my name alone carries over a billion in my personal coffers. So, I’m rich. I’m filthy rich. I never lied about that – if anything, I downplay my worth to keep people off my tail. Not that it works.

You’ve never heard of me because I keep a low profile. I don’t go to many social gatherings, and I don’t make my business transactions public. There are some men who are always on Page 6 and making waves in
The Wall Street Journal
. That’s not my style. Why would it be, when I would much rather watch the world unfold elsewhere?

Because you’ve never heard of me, you have no idea what I’m lying about. Neither does Monica, the woman I’m falling over backward to lie to.

I didn’t mean to start lying to her. I only told her the simple lies I tell everyone when I first meet them. Like how I never heard of her, or knew what kind of woman she was.

Of course I’ve heard of Monica Graham. Who the hell hasn’t, even if she doesn’t come from a great background. Middle class, white suburban America. Average university. Even more average major. It’s what she did right out of college that everyone knows her for: become the long-term girlfriend of Jackson Lyle, one of the most mercenary businessmen in the world. Now
there’s
a guy everyone has heard of. A lot of people admire him too. Not surprising, since people are always trying to figure out how to make a billion more bucks.

So I lied when I told Monica I had never heard of her before. Hell, that I had never
met
her before. We had come across each other’s paths several times over the past decade. Except I never saw her sans Jackson Lyle until a few weeks ago, when my friend and colleague Sam Witherspoon dragged me to her place of business.

I’ve been madly in love with Monica Graham for years.

She’s a gorgeous woman. A subtle beauty, who doesn’t wear much makeup and doesn’t do anything special with her hair. I like that in a woman. I’m always around women who are done up to the nines. It can be beautiful as well, but there’s something special about a woman who blends into the crowd. I want to know more about those types of women. What’s going on in their minds? What are they privy to see that others aren’t? The first woman in a room that I notice is a woman like Monica. And I’ve noticed her many, many times.

Of course, Monica doesn’t know that I’ve been in love with her for years.
Of course,
“love” has different kinds of meanings. The love I felt was more infatuation for a woman I could never have. Then something happened between her and Jackson Lyle, and Monica disappeared from my social spheres.

She didn’t remember me. I didn’t expect her to, but she was as beautiful as ever. Perhaps even more so, because she was no longer in that man’s shadow. She seemed more confident, surer of herself…

It wasn’t until later that she told me what happened with her ex-Dom. Abuse. Sad fact of this lifestyle we choose to live sometimes… men in power, especially those born with it like Lyle, will use it as an excuse to hurt people, particularly women. I’ve seen it happen countless times. I was enraged to find out it happened with someone as kind and interesting as Monica.

Don’t tell her this. I’m already in deep water because of the lies I’ve told her. I need to find out the best time to tell her for myself. She’s already shown me more trust than she has any right giving a man in my station. Any man at all. I fully realize that I may be her last chance, so to speak. If I botch this, then that woman may never trust another Dom again.

It’s a lot of pressure. Pressure I’ve put myself under because I foolishly believed I wouldn’t become more besotted with her. Well, I have. The deeper I fall in love with Monica, the more I sense certain darkness on the horizon.

How deep can I go with her? Is she in love with me?

I wish those were the most daunting questions I have to answer. For, you see, there is one secret I’m still hiding from the both of you that would completely destroy everything I’ve built. There’s no way for me to tell her about that.

So what do I do? Fall more in love and hope it never comes up?

This happiness I’ve suddenly found myself in is a ticking time bomb. When – not if – it goes off, there will be more than one casualty.

The one bit of happiness we’ve managed to carve between us.

I’ll keep smiling for her, because she needs to believe she can put all her trust in me. I don’t want to let that down. But I will.

The secret I’m hiding is too personal to survive.

Monica looked up from her piles of papers strewn across her desk. “Now’s not a good time,” she said to Sylvia, the girl currently standing in the office doorway. “I’ve got the tax company coming in about thirty minutes and I barely have my shit together.”

Sylvia took a step back but did not excuse herself. Monica continued to rummage through her desk, looking for a damned folder that supposedly held receipts from a certain cleaning outfit.
I really don’t have time.
Monica had this meeting scheduled for nearly a month. If those tax people showed up and she didn’t have her receipts for the past quarter put together, she would be feeling more pain than any of the subs taking up residence in her Château.

Finally, Sylvia bowed her head. “All right. I’m sorry, ma’am, but I would really like to talk to you sometime soon. It’s rather serious.”

“Unless you’re quitting or someone assaulted you, I
really
don’t have time.”

Monica glanced up again.
Well, what?
Did Sylvia have something to report? Or was she trying to take up Monica’s precious time? Sometimes the girl could be flippant like that. Monica would humor her if she wasn’t too busy, but…
I am definitely too busy right now.

She shooed Sylvia away as the first of the tax people arrived downstairs. It also happened that Monica found the receipts she was looking for. Somehow the folder managed to slip behind the file cabinet instead of being properly stored within it.

Nevertheless, there were always snags to hit, especially when it came to the large sums of money that passed in and out of this business. Monica had to be extra careful in order to not be audited. What a nightmare that would be!

By the time they left, she was more than ready for a bath. Or a massage. Except she didn’t have time for either when a long night of entertaining clients and guests loomed in front of her. It was Friday, and more than one party was scheduled to show up that night – and that didn’t count the patrons coming to see their girls. Monica had about two hours to eat dinner and get ready for her actual job by the time the last CPA bid adieu and saw herself out.

“I must say, you’ve been looking extra radiant recently, Madam,” said Mr. Andrews, a common patron around those parts. It was the first time in a good while he didn’t bring his wife with him. When Monica inquired about this, he explained, “She’s in Vancouver visiting relatives. Afraid Grace has to deal with me all by herself tonight.” He patted Grace’s knee when he said this. The girl gave a wan smile and motioned in secret code to Monica that she was feeling tired that night anyway.
When will I started charging the Andrews double?
The rate things were going, Mrs. Andrews would become Grace’s second patron. The couple apparently kept the spark alive in their marriage by sharing a kinky mistress.

“Thank you for the compliment, Mr. Andrews,” Monica said shortly thereafter. She sat in the salon with him and Grace. Only a matter of time before someone else was announced for her to deal with. For now, her attentions could be solely given to one of the most generous patrons to enter the Château’s halls. “I admit I’ve been feeling pretty good recently.”

Grace nudged her patron. “It’s because there’s a man.”

Monica sent her employee a look, but Grace chose to ignore it. Mr. Andrews, on the other hand, perked up and smiled at Monica. “A man? Wouldn’t happen to know the guy, would I?”

I don’t know, do you?
Monica would have to chastise Grace later for sharing personal information like that, even to her patron. Nobody was supposed to know about Henry Warren, the kinky billionaire who came to the Château solely for Monica.
We’ve only been together once.
It was one of the hottest nights of Monica’s life, but their relationship was fated to be strained from the beginning since her Mr. Warren had many places to be. They were supposed to have a date two weeks ago, but he had to cancel at the last minute in order to fly to Paris. And then Amsterdam. And then Beijing.
I hope he’s not being facetious.
Monica knew how busy billionaires like Mr. Warren could be, but she needed more this early in a relationship.
Is it a relationship?

Attitude by Sheedy, EC
Tears of Gold by Laurie McBain
Robin Lee Hatcher by Promised to Me
The Remaining: Refugees by Molles, D.J.
Collateral Damage (Demon Squad Book 8) by Tim Marquitz
The Cat Sitter’s Cradle by Blaize, John Clement
The Land of Rabbits (Long Shot Love Duet #1) by Aven Jayce
Flightsend by Linda Newbery
The Storyteller's Daughter by Cameron Dokey
Beyond the Veil by Quinn Loftis
Our partner