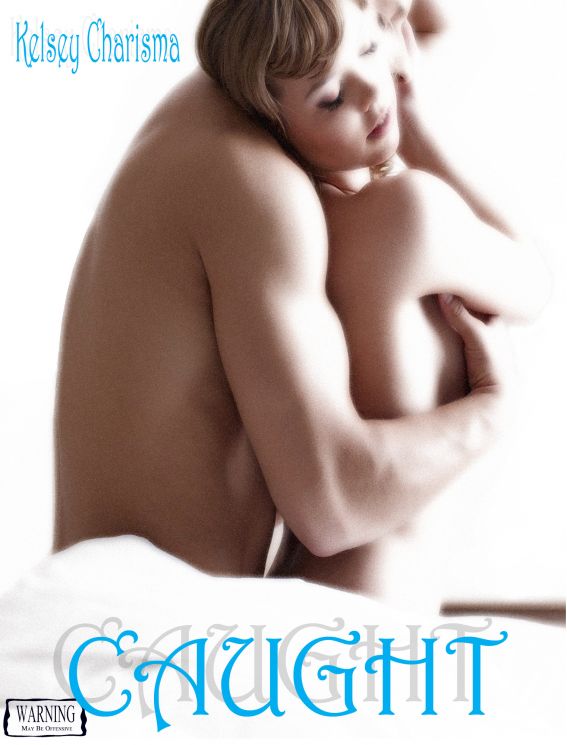 This eBook is licensed for your personal enjoyment
only. This eBook may not be re-sold or given away to other people.
If you would like to share this book with another person, please
purchase an additional copy for each recipient. If you’re reading
this book and did not purchase it, or it was not purchased for your
use only, then please return to Smashwords.com and purchase your
own copy. Thank you for respecting the hard work of this
author.

This book is for sale to ADULT
AUDIENCES ONLY. It contains substantial sexually explicit scenes
and graphic language which may be considered offensive by some
readers.
Please note that if a warning is
on the cover, then the following material is pseudo-incest between
either a former or present stepfather and stepdaughter or
stepbrother and stepsister.
Please store your files
where they cannot be accessed by minors.

All sexually active characters in this work
are 18 years of age or older.

This is a work of fiction. Names, characters,
places, brands, media, and incidents are either the product of the
author’s imagination or are used fictitiously. The author
acknowledges the trademarked status and trademark owners of various
products referenced with this work of fiction, which have been used
without permission. The publication/use of these trademarks is not
authorized, associated with, or sponsored by the trademark
owners.

Other Titles by Kelsey
Charisma
:

THE TWINS AND ME

WHAT HAPPENS AT SLUMBER PARTIES

ONE NIGHT ON A TRAIN

Not only was he strikingly handsome, but he
also had that bad boy streak that reflected in the bedroom. He was
dominate, well endowed, and lasted and lasted and lasted and
lasted. Lindsey’s pussy tightened and began to ache simply thinking
about his stamina as she dug into his plastic bag.

There was Ginger; Lindsey called her that
because she was like her orange tabby she used to have that would
claw the shit out of anything it touched, and Ginger certainly
marked up Darren while they fucked in his living room. That was the
first video Lindsey watched and nearly choked on her gum when she
saw Darren’s cock, engorged, thick, hard as hell, and she didn’t
even know mushroom top heads could be so plump. And best yet, he
really knew how to use that big thing. Their sex lasted the length
of the tape, and it even shut off before Darren finished.

Screamer, now that girl was gorgeous—big
tits, thin waist, legs for days, and she had a pretty face—she knew
he had dated her for a few years, and she could see why. Screamer
blew up his ego, and Lindsey could see it on the video. The pretty
blonde let Darren fuck her hard in his bed all hours of the night.
He banged the bed into the wall so loudly neighbors were pounding
back, but Screamer hollered out each orgasm like she was deaf. Her
loud sounds of praise and approval made him try to get her to cry
out through another. Of course she’d have yet another screaming
orgasm and another. But Lindsey imagined if she was working a toy
into her pussy and Darren was hammering into her ass from behind,
she’d be screaming too. Unfortunately, Lindsey didn’t know for
sure; she always wanted to try anal, but before she could, she
broke up with her only boyfriend when he went off to college.

Tasty, the young waitress with her little,
pink diner dress, came home with Darren when they were both
stumbling drunk, and she let him get away with all kinds of shit.
He fucked her with whip cream all over her body after he ate her
out with her pussy filled with strawberries. They had a wild romp
where he fucked all her holes until they both passed out, and
because the camera was still rolling, there was an added ten
minutes of both snoring loudly.

Lindsey’s favorite was Sandra Suck-A-Lot,
because she learned a lot from her. Sandra Suck-A-Lot also talked a
lot and everything Lindsey knew about giving head came from that
brilliant woman who went deep throat like a pro. Darren didn’t have
marathon sex with her on camera like all the others, but what
little they did have, he came hard and fast because she was down on
him for so long.

Lindsey picked up Pretzel’s tape. The video
was her standby when she needed to get the job done, because Darren
really showed off all his skill in the homemade flick. Lindsey
loved seeing him in control, loved how he could bang a girl against
the wall and then turn her upside down in the pile driver position
with her neck cranked and feet on the floor, and then outlast her
multiple orgasm before he finished. Lindsey was sure she’d have a
quick climax while watching Pretzel’s sex, and put the other videos
away.

She turned on his television, inserted the
tape, and then crawled up onto his bed. Even if his room didn’t
have the only VCR left on the planet, she’d still want to touch
herself in his bed. She liked to mark her scent on his pillow, and
she couldn’t count anymore all the times she ground her pussy into
his pillowcase before she dared to start finger fucking
herself.

Her newest habit, using his vibrating
toothbrush up against her clit, sat on his night stand table at the
ready next to the remote control. She giggled in anticipation,
quickly straddled his pillow while she slipped the handle of the
toothbrush under her ready nub, and then pressed play.

Apparently Darren had watched the video
recently because the tape was close to the end and the sex left off
at a vigorous pace in a hot position. Pretzel was bent in half with
Darren wrenching her arms behind her. He barreled into her ass as
he forced her to remain in her spot. Lindsey could see his exertion
of dominance in the position. But Pretzel loved it. She whimpered
and begged for more, shouting, “Shake my tits with your pounding!
Yes! Give it to me hard! I love it!”

The sex was sizzling, but then again Darren
apparently had perfected his craft long before Pretzel. He didn’t
even have to use his hands when he lifted his knee to raise her leg
and coach her to rest her foot on the bed. With her spreading wide,
he thrust in deeper and with lustful speed he fucked her with vigor
that made Lindsey’s pussy ache. His long cock, stroked to the shade
of purple, quickly slipped in and out of Pretzel’s pussy. Lindsey
couldn’t take her eyes off the ring of cum at the base of his
shaft. It showed how deep he was working himself in and it even
excited Lindsey that he’d throw all caution to the wind to fuck
Pretzel right—no condom, just skin-against-skin, and ejaculating
deep.

Lindsey ground her pussy on the toothbrush,
but then moaned loudly when she turned on the vibrating handle. It
buzzed her clit. She crushed her pussy against it. She loved to
feel all pleasure with intensity. The stronger he stroked her
g-spot, the tighter he pinched her nipples, the more he pulled
while sucking her sweet spot, the harder he rammed his dick inside
of her, the achier her pussy became which gave her immense
pleasure; her core was wetter, burned with greater craving, and her
climaxes lasted longer while he was vigorous. As much as Lindsey
knew sex should be about love making, to her it was carnal lust and
oh-so-fucking-hot! She’d take pussy pounding over gentle rocking
any day, and, with envy, she watched Pretzel being held to the bed
as Darren drilled her.

The bed shook and squealed louder than
Pretzel. Darren’s low, rumbling groan filled the room. He was loud,
clearly enjoying the aggressive romp as much as her. “Put something
in my mouth! I want to suck a fucking dick!” she screamed. He
immediately obeyed, tightly gripped on her hair, arched her neck so
she was looking over her shoulder, and then slipped a finger into
her mouth. He whispered demands in her ear, and Lindsey knew
exactly what he was telling her, because she knew the video well
and not a second later he commanded much louder that he needed to
stick her ass out and take his cock. Pretzel quickly began to throw
her ass back into his dick, and together they collided with
slapping blows. Pretzel’s cheeks shook, her tits bounced, and her
entire body vibrated with each swift strike. The sex was incredibly
hot.

Lindsey rocked her hips, trying to match
Darren’s speed, but she could never reach his masterful skill. He
was too fast and too good, and unfortunately, he was also her much
older stepdad. He’d never fuck her, not in her wildest dreams. Even
though her mom passed away over two years ago in a boating
accident, he still thought of her as a daughter. He didn’t see
she’d grown up in the last three and half years. So, she kneaded
her clit with the vibrating wand, moaned out his name, and wished
his thick cock that rapidly drove into wet pussy belonged to
Lindsey. In her fantasies, he freely touched her.

She dipped a finger between her legs, gave
the toothbrush a long swipe up to the thin neck, and on her rock
backward, she ran her thumb down the handle to feel her own
dampness. Juice streaked the length. Her wet test showed her what
she already knew—Darren had the remarkable ability to turn her on
and make her climax hard without him even touching her.

She had it bad for him! She was beyond
herself wanting to sleep with him, and would do anything to feel
the heat of his cock inside of her or know how snug her tight walls
would hug his girth. She couldn’t count all the times she imagined
creaming on his dick, with her pussy squeezing his every last inch,
and him cumming into her depth with such greedy yearning his jets
of semen stung her cervix. Surely everything he did at maximum
power. And the few times he didn’t blast in his seed with force,
he’d pack it in and fuck her all over again like he did all his
other women in their videos.