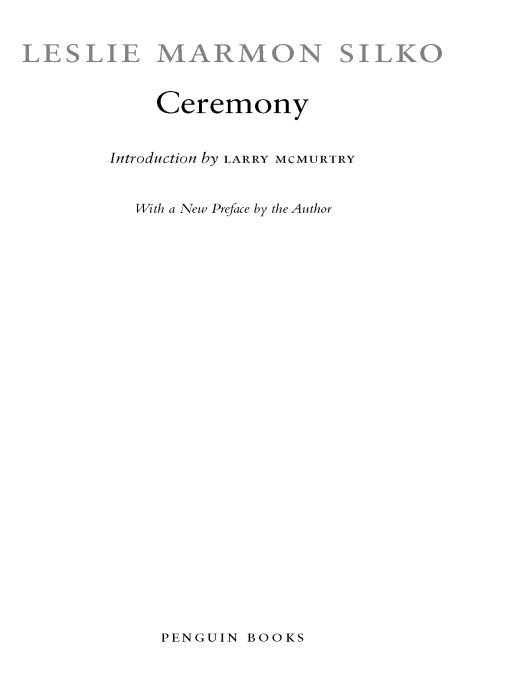 CEREMONY
LESLIE MARMON SILKO was born in Albuquerque in 1948 of mixed ancestry—Laguna Pueblo, Mexican, and white. She grew up in the Laguna Pueblo Reservation, where she lives with her husband and two children. She is the author of the novel
Almanac of the Dead
, and her stories have appeared in many magazines and collections (including
Writers of the Purple Sage
). She is the recipient of a five-year MacArthur Foundation grant.
LARRY McMURTRY is the author of twenty-eight novels, including the Pulitzer Prize-winning
Lonesome Dove
. His other works include two collections of essays, three memoirs, and more than thirty screenplays, including the coauthorship of
Brokeback Mountain
, for which he received an Academy Award. He lives in Archer City, Texas. 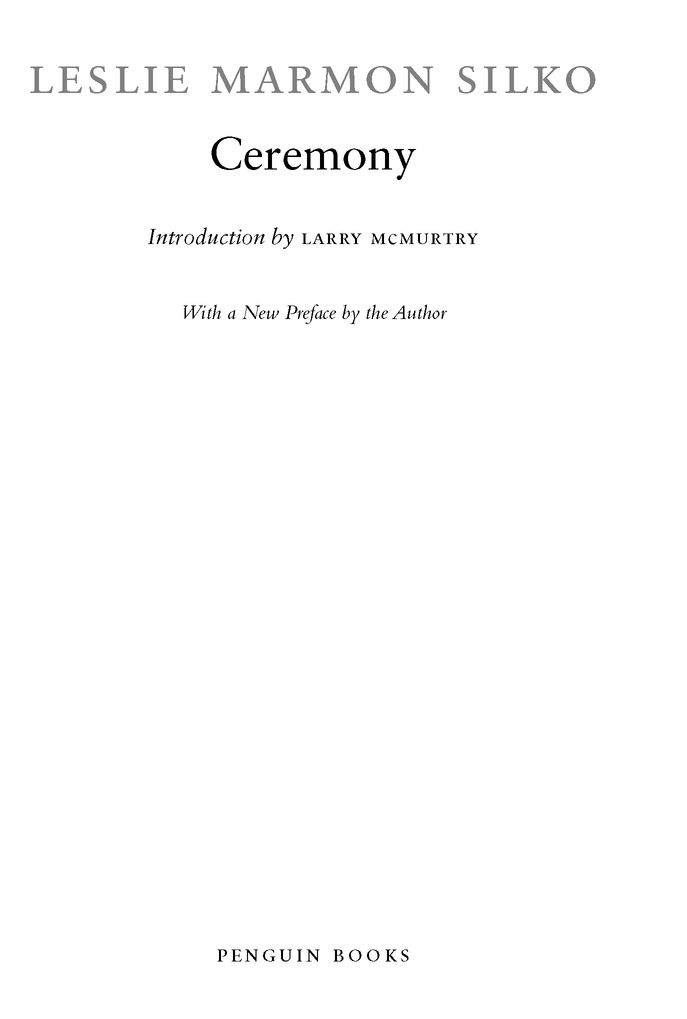 The Eternal War by Alex Scarrow
We Are Our Brains by D. F. Swaab
Praxis by Fay Weldon
Son of Cerberus (The Unusual Operations Division Book 2) by Jacob Hammes
Somewhere Between Black and White by Shelly Hickman, Rosa Sophia
Broadway Baby by Alexandra James
The Grasshopper's Child by Gwyneth Jones
Good Girls Don't Die by Isabelle Grey
Muskie Attack (An Up North Adventure) by Moore, G.M.
Technicolor Pulp by Arty Nelson
Our partner