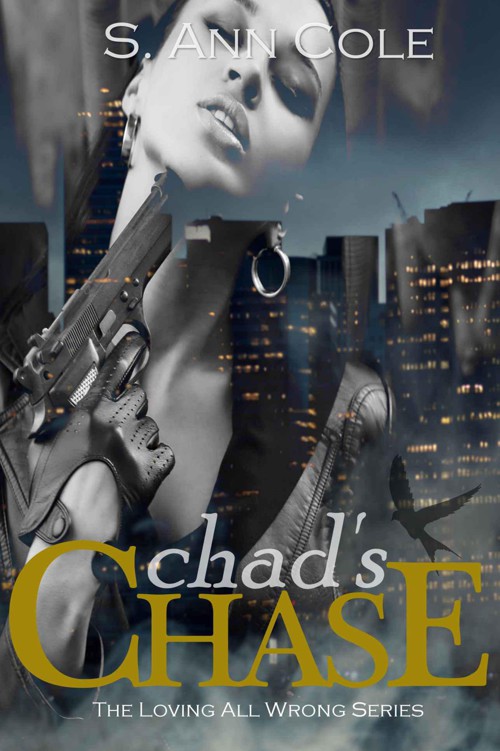 This ebook is licensed for your personal enjoyment only. This ebook may not be re-sold or given away to other people. If you would like to share this book with another person, please purchase an additional copy for each recipient. If you’re reading this book and did not purchase it, or it was not purchased for your use only, then please delete itand purchase your own copy. Thank you for respecting the hard work of this author.

This is a work of fiction. Names, characters, places and incidents are either the product of the author's imagination or are used fictitiously, and any resemblance to actual persons, living or dead, business establishments, events or locales is entirely coincidental.

Without limiting the rights under copyright(s) reserved above and below, no part of this publication may be reproduced, stored in or introduced into a retrieval system, or transmitted, in any form, or by any means (electronic, mechanical, photocopying, recording, or otherwise) without the prior permission of the copyright owner. Making or distributing electronic copies of this book constitutes copyright infringement and could subject the infringer to criminal and civil liability.

For permission requests, contact to the publisher via email:
[email protected]

We all leave our mother’s womb with blood not only on our hands, but all over us.

Some of us are lucky enough to be washed clean.

Some of us, inauspiciously, are left stained.

H
e woke up in a nightmare.

The shrills echoing from his piss-scared little sister were jarring, rattling his nerves. The sight of his mom and dad lying face-down on the floor, hands bound behind their backs, was a merciless, bone-cracking kick in the face from reality.

Reality. This was reality.

The world was evil. Humans were sharp-toothed creatures. No better than cannibals tearing each other apart in the forests for food, instead of sharing the fucking carcass and living in lazy peace.

Mom, on the other hand, was calm, whimpering not a peep, patiently awaiting her fate. With the life that woman lived, moments like this were expected and prepared for.

“The key to living, son, is to
know that death is inevitable, and always be prepared for it,” she’d told him
. “
Then you will have no reason to fear or waste tears. And death shall have no dominion over you
.”

Easy for her to say.

Standing at the hallway with wide, green eyes, was his little sister, screaming. Just screaming. Loud, piercing, ear-splitting. The fear in her eyes breaking him, beating him into the ground.

Ricardo tried to move against his bindings, to go to her, to snatch her up and run. Run fast and far and hard. But before he could get even two feet toward her, a sharp pain impacted the back of his knee and he face-planted, busting his nose.

Howling out like a man-bitch, he rolled over onto his back and grabbed onto his knee, his face twisted in pain. When he felt the wetness seeping through the soft cotton of his pajamas, he knew he was shot.

Well, fuck. Tonight would be the night. The night death won.

Just eighteen years old. Still a boy. And he was about to die—

A pair of shit-kickers appeared in his periphery, and before he could raise a hand to protect himself, one of the booted feet slammed into the side of his head.

Momentarily, he blacked out. Seeing nothing but blinking stars on a black backdrop, streaks of red, squiggly lines dancing up and down like a graphic equalizer. As the stars disappeared and clear vision returned, the voice above him spoke, words in their Russian tongue, “Stay down, son of a fucking traitor. No escaping. Tonight, you die.”

Resigning to his fate, he gave up all hope, all fight, and relaxed his tensed up muscles, his limbs falling limp and unstrained on the hard, black and white marble tiles.

Slowly, he turned his head in the direction of his sister, to see her face one last time before they died. To apologize through his eyes for not being able to save, protect and defend her, the way a big brother should.

His sister was only ten. Ten. She deserved none of this.

But when his eyes landed on her, he noticed all of a sudden, through the loud rushing of blood in his ears, that her screaming had stopped, the threats of the assailants had ceased, and thick silence plunged into the atrocious waves of this unfortunate night like a heavy anchor.

He watched his little sister as she watched the front door, hope refulgent in her bright green eyes, her hand halfway reaching out, as if she knew who or what she saw would save them.

Her hope revived his own hope, and so he followed her gaze to see what she saw.

And that very moment was what made it all a nightmare. Not the fact that the whole Byrd family was about to be eliminated, but that the head man in charge, the man who would be pulling the trigger, had arrived.

And this man—no,
boy
, because they shared the same age—was Chadrick Niiveux.

As the betrayer gracefully attached a suppressor to his weapon, all false hopes dissipated, as it was clear Chadrick was not there to save them.

Hope was wasted on him. Because the evil they needed saving
from
was him. He wasn’t the savior of this night’s dark tale, he was the soulless villain.

Chadrick’s attention went to his wide-eyed, mouth-hanging little sister, and there was no emotion in him as he gestured to her and, in Russian tongue, ordered the henchman looming over Ricardo, “You, subdue her. Take her to her room and keep her there.”

When the henchman non-hesitantly did as he was ordered, dragging his wailing and flailing little sister down the hall until her screams of “Blood! No! Please, Blood! No!” were no more, Chadrick moved as calmly and quietly as a panther over to Mom and Dad.

Dad, bound and shaking, angled his head to look up at him. “Why—why are you doing this, Chadrick? We treated you like our own. We love yo—”

Dad’s word cut short as Chadrick aimed at his head and fired. As smooth and easy as honey overflowing from a spoon.

Stepping over Dad’s lifeless body, he crouched down next to Mom, who was still acceptingly quiet, and whispered something lengthy in her ear, then positioned the gun directly into the shell of her ear, and fired.

This could not be happening.

By this time, Ricardo was full-on shaking, throwing dices with fear.

Like an incontestable king creature, Chadrick rose up from his crouch and walked over to him, his feet making no sound whatsoever on the floor tiles. He didn’t even seem real, or tangible, but like a black, evil spirit moving on thin air.

As Chadrick stooped down next to him, Ricardo stared up into his frenemy’s endless dark eyes, silently asking ‘
why
?’.

But this man was a total stranger. Not the ‘brother’ he knew and loved. Not the best friend he played video games with only hours ago. Not even an iota. His eyes were nothing but infinite nights filled with terror. His face a steel wall—straight, blank, inanimate, inhumane.

Knowing it was his turn to be executed, but not knowing what awaited him on the darker side, Ricardo began trembling violently as Chad raised his free hand and touched the side of his face, whispering, “Don’t be afraid, Ricardo. Trust that you are my brother, and I love you as such.”

The hand on Ricardo’s cheek moved slightly, and he felt the coldness of Chadrick’s silver ring on his skin, and, with a more subtle move, felt something puncturing the soft flesh of his cheek.

Chadrick kept his hand on his face for a while, and when Ricardo’s vision began to blur, he stood up.

Ricardo got swept up into vertigo, consciousness slipping in and out.