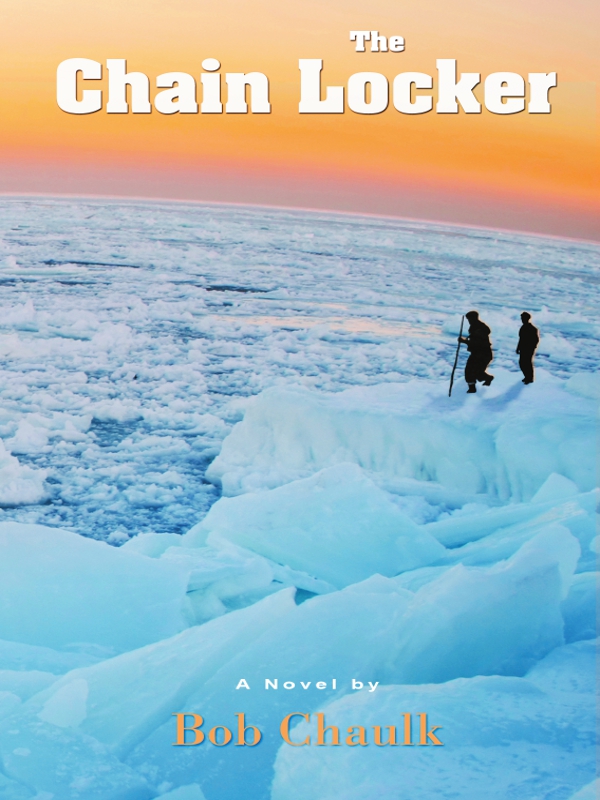 All rights reserved. No part of this work covered by the copyrights hereon may be reproduced or used in any form or by any meansâgraphic, electronic or mechanicalâwithout the prior written permission of the publisher. Any requests for photocopying, recording, taping or information storage and retrieval systems of any part of this book shall be directed in writing to the Canadian Reprography Collective, One Yonge Street, Suite 1900, Toronto, Ontario M5E 1E5.

Printed in Canada by:
TRANSCONTINENTAL INC. 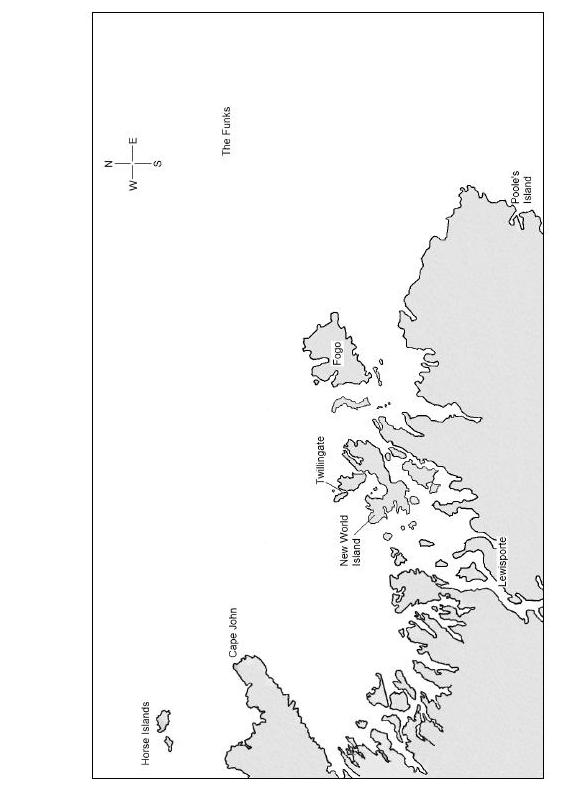 Dedicated to Hiram and Myrtle Chaulk (Perry),
who gave me a childhood filled with stories of
quirky characters they had known.

The protests, politics, and negative press surrounding the modern seal hunt have blurred the significance of what sealing has meant historically to the people of Newfoundland. It used to be a huge event, carried out by men of heroic courage, who risked their lives every time they stepped aboard the ships. Their final stories are told too briefly on too many gravestones: “â¦died in a blizzard at the ice field, April 1st, 1914 Aged 22 years.”

Called the greatest hunt in the world, the magnitude and brutality of the slaughter, and the resilience and resourcefulness of the hunters, astounded the few who witnessed it in its early years. But by 1931, it was a hunt in decline, the seal herds devastated after a century and a half of uncontrolled exploitation, the ships old and barely able to cope with the conditions, yet being driven harder than ever, with more sealers competing for fewer spaces. In 1840, 700,000 seals were taken; by the 1920s the annual average was down to just 145,000.

Though the characters and events in this book are fictional, they take place in the context of the true story of the SS
Viking
's final voyage. One of the last of the “wooden walls,” so named because when a man stood on the ice facing her he was staring at a wall of solid hardwood the thickness of which was measured in feet, the
Viking
was built to take men to the far northern and southern latitudes in pursuit of oil from living creatures.

Like many of her sisters, she was next to impossible to live aboardâgreasy, cold and smoky, her bones impregnated with the seal blubber and coal dust from dozens of sealing voyages, so overcrowded that on the outward journey the sealers slept on the coal that filled the ship's holds. On the return voyage, they considered themselves fortunate if they got to sleep on piles of reeking pelts awash in oil, for that meant it had been a successful trip.

If a ship survived the years of abuse, the owners did not seem to know what to do with her when she got old; they certainly didn't retire their sealing vessels when they were worn out, but kept them going until the sea finally took them.

In 2002 I interviewed the last survivor of the
Viking
, about his experience as an eleven-year-old stowaway in 1931. Although this is not his story, he provided many details of life aboard the ship and that conversation was the inspiration for this book.

Jackie Gould looked up the gangway of the
Eagle
. It was narrow and icy, and had no rail to prevent a person from falling into the water below. His gaze moved up to a pair of arms folded across a broad chest and into the intimidating glare of a determined looking sentry, standing with feet splayed across the deck. As their eyes locked briefly, the message from the beefy lookout was unmistakable: “Just you try!”

“You remember when we used to make out that we were at the ice,” Jackie said to his companion, “and would go around the backyard and bat the rocks with the broom?”

“Yeah,” said Hubert, “and the time you pretended that the cat was a whitecoat and tried to whack her one?”

“Mom was some mad. She grabbed the broom from me and nailed me across the arse with it.”

Above the din of shouting men, barking dogs, and blaring horns, Jackie thought he recognized the familiar prattle of Eddie Carnell's voice. Sure enough, Eddie and his buddies were soon alongside, ignoring Jackie and Hubert with all the effort they could muster. The sentry, evidently feeling a renewed call to duty, puffed his chest as though a hidden hand were pumping air into him from behind.

“Well, we're not gettin' past buddy there to get aboard of that one, that's for damn sure,” Eddie's raspy voice declared to Bruce Hutchings. “Look at the size of that brute. He'd take the head clear offa ya with one clout.”

“You're not gettin' me aboard none of 'em,” another voice announced.

“Aagh, what's the matter with you, boy? You got no nerve.”

“I have so! I got nerve!” Richard McCarthy shot back. “I got loads o' nerve. I also got an old man with big boots and he'll plant one of his number twelves square onto my arse end if I try anything. I got into a row with him last night and he come across the room and grabbed me by the scruff o' the neck and nearly shook the daylights outa me. Accused me of givin' him the lip and said if I stowed away on one o' these vessels I better not come home 'cause he'd boot my arse right up to the back of me head. Jeez!” He shoved his bare, red hands deep into the pockets of his inadequate jacket and gave a miserable little shudder.

“It don't matter anyway, Dickie,” said Ed soothingly. “This old tub will probably be on the bottom before she gets through the Notch. Let's go look at the iron ships. Maybe there's a way onto the
Beothic
.”

“Anybody got the word on when they're leaving?” Jackie's steady voice inquired of the older boys.

Ed, wiry and long-legged, stopped midstride and spun around like a square dancer. “Oh, Gould, I didn't see ya there. So you're gonna do it now, are ya?” he sneered as he sauntered back towards Jackie. “Sure, you haven't got the guts.”

“You don't think so, eh?” Jackie replied, staring the youth in the face. Eddie might be older but he was no bigger.

“I don't think so; I know so!” said Ed, removing his hand from his pocket long enough to wave a boney finger in front of Jackie's nose. “Who do you think you're goin' with? You're not comin' with us. You're not old enough to pass for a proper hand.”

“That don't make no difference to me,” said Jackie. “I got a buddy.”

“Who?” Bruce asked, casting a disdainful look in Hubert's direction.

Jackie managed an unconvincing smirk. Even Bruce could see that Hubert wasn't much of a partner.

Mike Grandy came to his defence. “Ed, sure what makes you think you can pull it off any better than Jack here can?” he asked, distracted by a smoldering butt a passerby had flicked to the ground. “Ow, get off me fingers!” His fist pounded an unidentified boot.

Popping the butt between his lips, he sucked furiously to resuscitate it. “He looks as old as you do.” And, nodding at the
Eagle
, “Jackie, go ahead now and give âer a shot. Let's see what you're made of.”

“And so I will, too, but I'm not ready yet. I'm gonna make sure I get on a ship just before she's leaving so I don't have to wait around and worry about gettin' caught.”

“Looks like that one got her steam up. What's wrong with her?” said Mike, his eyes nearly crossed as he coaxed a final puff from the cigarette's soggy remains. “Go on up and tell buddy there that you're the skipper and you're comin' aboard.” Flicking the butt away, he smirked to Dickie, “Can't you see old Jack flyin' through the air and rubbin' his arse after buddy puts the boots to him?”

They wandered around the docks in the grey, slushy snow, in company with other boys and young men, some of them serious about stowing away and some of them merely dreamers. A blast of sleet blew off the harbour into their faces, and they turned their backs to the water. Despite the weather, they were enjoying the carnival atmosphere on the St. John's waterfront. Yesterday there had been seven ships getting provisioned and today there were nine. Mike was pleased. If nothing changed he would win the bet they had going and collect a five-cent piece from each of his buddies. But there was still timeâbarelyâfor another ship to be hauled across from the south side of the harbour to join the nine, and then Bruce would collect the winnings. The three ships still docked across the harbour were a tired-looking trio, though, so Mike was optimistic.

As the others meandered off, Jackie stared beyond the ships to the Notch, the narrow slot in the cliffs where the harbour met the Atlantic Ocean. He had been alongside ships many times in his life, had uncles and cousins who were sailors, but the only time he had ever floated was on a raft on Mundy Pond. It was a disgrace; he was going to grow up a hangashore like his father. Looking up at the
Eagle's
foretopmast, he pictured himself climbing the shrouds and stationing himself in the lookout's barrel perched far above the deck, yelling orders down to the helmsman and guiding the ship through the ice as the captain nodded his approval and all below stared up in admiration.