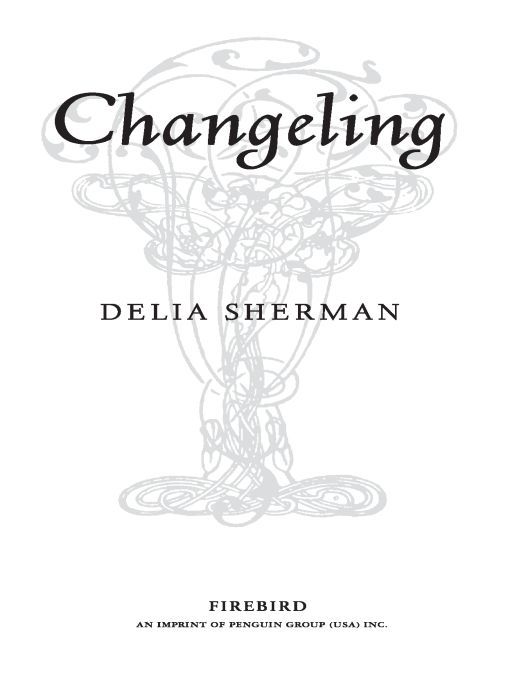 Table of Contents
Title Page
Copyright Page
Dedication
Â
CHAPTER 1
CHAPTER 2
CHAPTER 3
CHAPTER 4
CHAPTER 5
CHAPTER 6
CHAPTER 7
CHAPTER 8
CHAPTER 9
CHAPTER 10
CHAPTER 11
CHAPTER 12
CHAPTER 13
CHAPTER 14
CHAPTER 15
CHAPTER 16
CHAPTER 17
CHAPTER 18
CHAPTER 19
CHAPTER 20
CHAPTER 21
CHAPTER 22
Â
Neef's Guide to Supernatural Beings
Acknowledgements
About the Author
Meeting Peg
As I watched, the pool kind of sucked itself up and swirled around and turned into an old bogeywoman. She was short and onion shaped from the layers and layers of ratty, wet skirts and shawls she had on. Her nails were long and black, and her thin gray hair dripped over her head and shoulders like a string mop. She had a round, pale face and round, muddy eyes, and a smile like a row of green knives. That, and the way she was looking at me as if I were a double-dipped chocolate ice cream cone, told me that she rode with the Wild Hunt.
“Hello there, dear. You can call me Peg Powler. I was at your Changing. You were too little to remember me, but I remember you. You, if memory serves, are called Neef.”
My first thought was that when Astris found out I'd been talking to Peg Powler of the Wild Hunt, she was going to kill me, or at least put me to sleep for a hundred years.
My second thought was that if I could get myself out of this, she'd never have to know.
FIREBIRD WHERE FANTASY TAKES FLIGHTâ ¢ 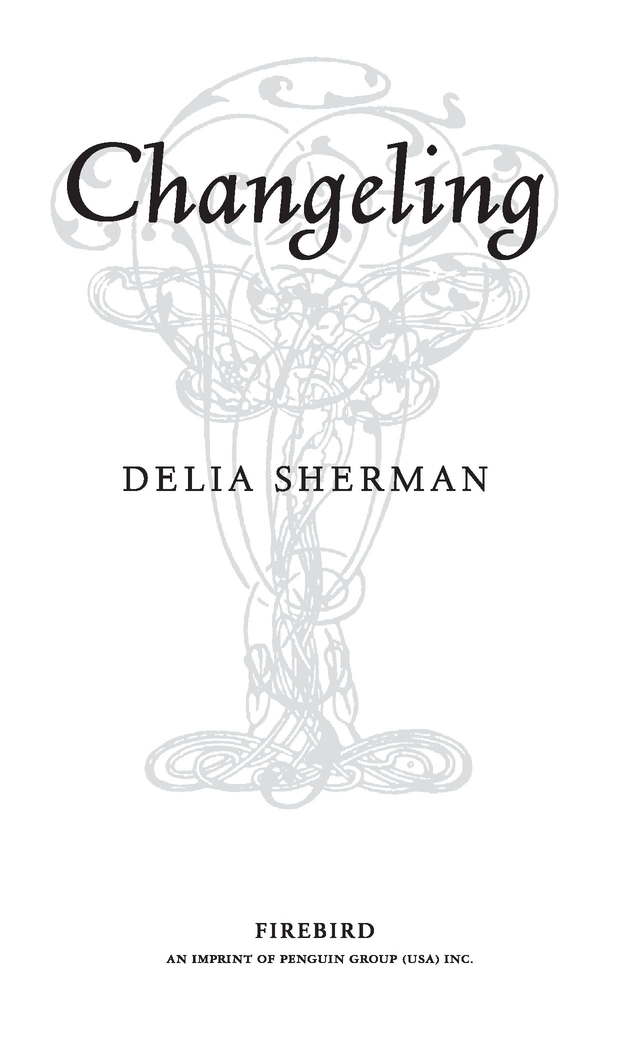 FOR
Masako Katagiri, Ellen Kushner,
and Ophelia Goss
Who were, are, and will be

FAIRY GODMOTHERS ARE ALWAYS RIGHT.
Neef's Rules for Changelings
Â
Â
Â
“
W
ake up, Neef. Spring cleaning today. Cobwebs to sweep, mice to relocate, turtles to wake up and polish. And you have to clean your room.”
I groaned and put the pillow over my head.
A cold, wet nose touched my forehead and flipped the pillow away.
“None of that, now,” Astris said. “If you don't get cracking, the bogles will come visit, and then where will you be?”
“Asleep,” I said. “Go away, Astris.”
The covers slithered off my shoulders. I made a grab for them, caught something long and whiplike instead, let it go again. Fast. I haven't pulled her tail on purpose since I was very little. Astris hates having her tail pulled even more than I hate waking up. She says it's not respectful to pull my fairy godmother's tail.
Astris is a white rat and very beautiful. She has fur like a powder-puff, eyes like polished rubies, and long, delicate whiskers. I swear she says as much with her whiskers as she does with words.
“Finally,” she said, as I sat up and yawned. “Come right down as soon as you've dressed and had breakfast. I want to get a start on those turtles.” She surveyed my room, her whiskers severe. “This place looks like a hooraw's nest. We'll have to get the Blockhouse brownie in to help you organize it. Again.”
I knew my room was a mess. It always is. It's hard to keep a place neat when the only furniture is a curtained bed and an old chest. The walls are mostly taken up by pointy stone windows, so there's nowhere except the floor to keep my leaf collection and my rocks, not to mention the mortal magazines and papers and stuff I've picked up in the Park.
Astris hopped off my bed and disappeared down the stairs. I got up and sifted through the chest looking for something I could wear. Everything I had was suddenly too tight, too short, or both. Much as I hated spring cleaning, at least it meant I'd be getting new clothes. I wiggled into some green leggings and a shirt that used to be floppy, tried to drag a comb through my frizzy hair, gave up, and dug around until I found my silver knife and fork. Then I took Satchel down from its hook and climbed back onto my bed.
“Toast and jam, please,” I told it. “Apricot jam. And apple juice.”
Satchel is my magic bag. It's brown leather and has brass buckles and its own ideas about a proper breakfast for spring cleaning day. When I lifted its flap, I found a glass of orange juice (I hate orange juice) and a plate of eggs and sausage, which I wasn't in the mood for. But I ate it anyway. In the New York I live in, mortals don't call the shots. The Fairy Folk do.
Ordinary mortals think New York Outside is the only one there is. They're wrong. There are at least two New Yorks, and probably more, sharing the same space, but not exactly the same reality. I live in New York Between.
Things that are invisible Outside are visible Between. Every tall building, for instance, has its mountain spirit that Outsiders can't see. But we can. Our bridges and tunnels are swarming with trolls and demons of all sizes and colors. Our streets are crowded with sidhe from Ireland, kitsune and tanuki from Japan, devi from India, and an assortment of giants and demons and frost spirits and will-o'-the-wisps from all over the world. Some of the more human-looking Folk cross to New York Outside for fun and adventures, but ordinary mortals can't come to New York Between unless the Folk bring them.
This happens more often than you'd think. Mostly the visiting mortals don't remember much. I rememberâbut then, I live here.
I'm a changeling. A Kid-napper from the Bureau of Changeling Affairs brought me here when I was little, leaving a fairy that looked just like me behind in my bed. It's a great honor to be the Central Park changeling. Other neighborhoods in New York Between have a bunch of mortal changelings, but Park Folk aren't all that comfortable with mortals and only take a changeling because it's traditional. So I was the only mortal around.
I've spent a lot of time thinking about why I was stolen and brought to Central Park. Before I was big enough to understand that questions were against the rules, I used to pester Astris about it. Her answers were either silly (“Because you have curly hair”; “Because you like cookies”) or too vague to be useful (“Because you're good for us”; “Because we can”). Finally I got the message and stopped asking.