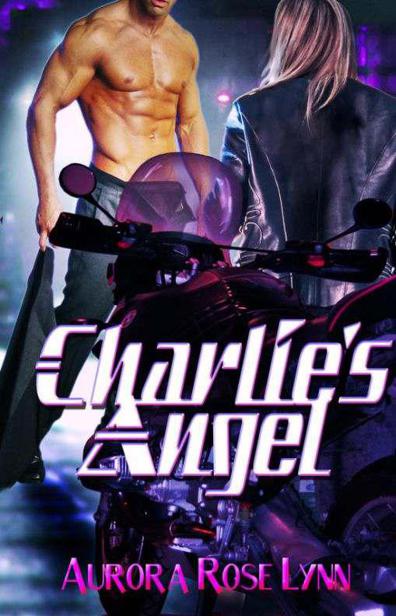 To my wonderful friends in L.A. This one is for you.

Biker chicks were major trouble, and Charlie Vernon never messed with them. Too many days spent in court prosecuting men and women who rode motorcycles that exceeded a tolerable decibel level had taught him to stay well clear of anyone who appeared to be the devil on wheels. He clamped his hands on the steering wheel of his luxury vehicle and ground his teeth in a desperate attempt to control himself. He’d just encountered one who owned the freeway. Cool air from the humming air conditioner wafted over him, but all he felt was the intense heat of the Southern Californian sun. And his simmering anger.

The motorcycle that had cut him off in morning rush hour traffic minutes earlier was now jauntily angled in his numbered parking spot.

Cool off, Charlie. Haven’t you stood up to these bikers for years? What difference is one more?

Intending to get out of the car and move the bike elsewhere, he lowered his hand to the seatbelt. The sun felt much too warm on his knuckles, but suddenly he didn’t care. A biker dressed from head to toe in midnight black darted from an alley planted with small palm trees. Her head—for surely it could only be a she with her jacket zipper nestled between the enticing swell of her breasts—turned toward his sedan for a moment longer than was necessary. Charlie couldn’t see her face, which was shielded by a black visor. All he saw was his car reflected back at him through the shiny plastic. He watched in fascination as she kicked the bike stand free, and slowly threw her left leg up and over the seat.

Oh man. She’s got a butt I’d hold onto anytime.
It was the kind made for a guy’s wet dream. Deliciously firm and rounded in tight-fitting leather, erotically shaped for steamy nights filled with raw sex.

Charlie’s breath stole from his lungs, and his cock sprang to life to press against the crotch of his silk trousers. The sight of the biker female made his mouth water, and his taut body sought more of her.

This is California, Charlie, and you don’t want more unless you want walking trouble.

Once her ass was planted on the Harley-Davidson, the biker turned the ignition. Deafeningly, the bike roared to life. He gritted his teeth against the intrusive sound. Seconds later, the biker chick and his sensual fantasy were gone, leaving him absolutely stunned and clearing his throat. How had he been maneuvered so neatly into not chastising her for stealing his parking spot? Why hadn’t he found his voice to berate her?

Calm down, Charlie. This is California where anything can and does happen. You’re only here for a few days to help out a colleague then it’s back to Boston. It’s unlikely you’ll see her again. Besides, you wouldn’t want to. With a body like that, she’s trouble with a capital “T”.

He heaved a deep sigh of frustration. When was the last time he’d lusted after a woman simply for the shape of her ass? A very nice, very squeezable ass. His now clammy palms would easily span those inviting cheeks.

The sun must be baking my brains. I’ve never lost it over a woman, especially one whose face I couldn’t see. What’s the matter? When was the last time I had sex? Too long ago, if I can get bothered over a leather-clad ass.

Dismayed at the direction of his usually business-like thoughts, he grabbed his laptop and his briefcase, locked the car and strode into his friend’s law firm. He had to put the biker chick out of his mind. If he didn’t, she’d torment him into doing something foolish like search for her. He couldn’t do that. He had work to do.

Roxie Abernathy, or has her father had brought her up, Elizabeth Audrey Harrier, had only caught a glimpse of the man in the black Mercedes, but that had been enough to intrigue her. And repel her. She didn’t do men in expensive silk suits, and this one had the added mark against him that he was probably richer than sin. However, her body had tingled all over when he’d swept his designer sunglasses from his face and his mouth had fallen open. Had he been astonished? At what? A woman riding a motorbike?

She zoomed into her parking space in the underground garage for her bachelor apartment then and ran upstairs. The view wasn’t much. In fact, the front window stared smack into the middle of a brick wall, but it was her own place, torn divider curtains and rusty sink included.

Glancing at her strap-on watch, she huffed a breath of frustration but kept moving, stuffing her candy pink waitress uniform into a nondescript duffel bag along with comfortable walking shoes. In case of an emergency, she’d stored a can of pepper spray, too. The old wall clock ticked the seconds.
Hur…ry. Hur…ry.
How had she gotten herself into this mess? She swallowed hard, zipping the bag closed. All because she had a secret to keep.

She threw the bag over her shoulder, remembered to lock the apartment door and raced for work. Gerry would give her some leeway, maybe three to five minutes, but not more than that. If she was late, she had a good excuse. Lana, her next-door neighbor, had no one to get her medication and once every three weeks, Roxie did that task. She hadn’t known the elderly lady long. Lana displayed a kind heart along with a bad ticker, so Roxie was glad to help out. However, that meant parking illegally in someone else’s spot, and this morning, she was pretty sure that certain someone had come along. Cool, good-looking, and rich. A bad, bad combination as far as Roxie was concerned.

In her hurry to get to Woody’s Diner, an old relic of a bygone age with a thirty-foot high sign of a wooden burger with all the fixings that could be seen for at least half a mile, she brushed by several people, pardoned herself and raced on. No one troubled to notice her, which she was grateful for. She blended right into the massive milieu of the City of Angels. She passed an Italian bakery from which came the aroma of baking bread and the heady scent of garlic.

The street was crowded for the early hour and Woody’s would open right as St. Vincent’s Cathedral’s bells pealed nine a.m. The ringing was a comforting sound, one she always took time to enjoy. Could she stop for a second or two? She had another block to go then had to get into the diner and change before her shift began.

Usually, she would have stopped and listened to the birds singing in the few trees that lined the street or to admire the color of the rich blue sky, but not this morning. Roxie needed this job to earn enough cash so she could keep moving from city to city without leaving a paper trail.

If she didn’t keep changing her location, she was afraid someone would recognize her and turn her in. No doubt there was a huge reward for her “safe” return by her father Clarence Harrier the Third. More than anything else, Roxie valued her freedom. Under her father’s watchful eye, she’d been a prisoner. She hadn’t been so much under lock and key as under the constant vigilance of servants and bodyguards who reported her every move to their employer.

For the sheer pleasure, she paused momentarily in her tracks, felt the warming cement sidewalk under her feet and admired the cloudless sky and the huge cathedral bell tower in the distance. This was freedom. She could choose where she wanted to be, when she desired and without people obsequiously hovering around her with false smiles plastered on their face.

Shaking her head that she had to leave the pretty scenery, she hurried on, picking up the pace and running the rest of the way to the diner. Her feet seemed to have wings, and her heart danced with joy. What more could a woman ask for?

As she changed into her uniform, her thoughts returned to the man in the Mercedes. She’d caught only a peek at him, but his parted lips and his gaze piercing her with annoyance had intrigued her. She’d probably pissed him off for driving into his space, but she couldn’t help it. At that hour, cars had crammed the courthouse lot, and the only way she’d get to the drugstore for Lana was to edge into someone’s numbered spot at the courthouse. Roxie had sworn it would only be for a moment, and true to his word, the pharmacist hadn’t kept her waiting, so she’d been in and out quickly.

Deep in thought, Roxie hefted her rolled up nylons in her palm. Should she wear the neutral colored pantyhose or should she go bare?

The driver of the Mercedes had been sinfully sexy. What would he look like if he smiled? Would she melt all over the floor in a pool of pleasure? Did he even smile? She’d never have the chance to find out. Not unless she went back to the parking space the next morning and waited for him. The notion fascinated her, but she discarded it as foolish and rather like playing with fire. She’d probably piss him off again with her shiny motorbike. In the bout of hostility that was sure to follow, she wouldn’t have to chance to get to know Mr. Mercedes better.

Men like Mr. Mercedes were off-limits, she warned herself with a heavy heart as she changed in the diner’s cramped restroom. She took a deep breath and exhaled shakily. She sure would like to find out if Mr. Mercedes was as hot in bed as he looked in the car, but she’d dated a few like him before it had dawned on her that she was nothing more than an appendage to bolster their already puffed up ego.