Read Chased by the Billionaire 1 Online

Chased by the Billionaire 1 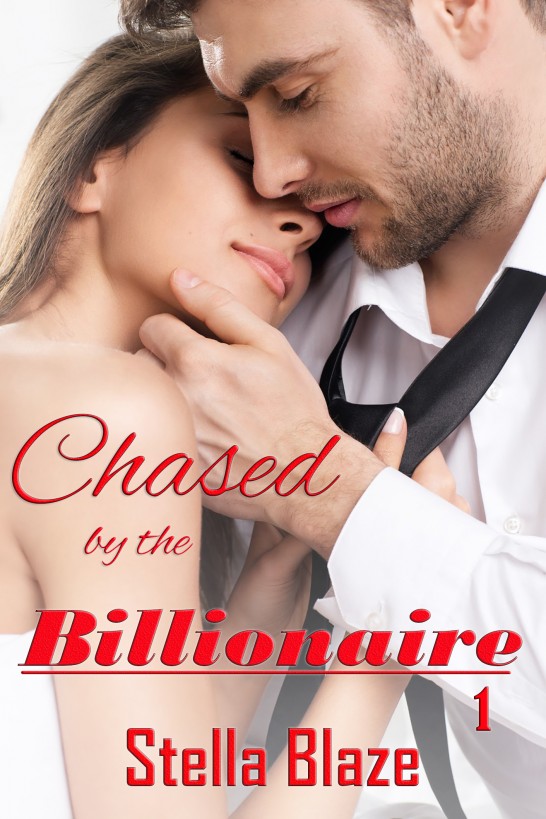 Chased by the
Billionaire 1

Subscribe to my Newsletter to be first to get
new release information and contest offers.

I stared at the painting—the
god-forsaken, horrifying painting.

It was the first of an installation
that I’d hoped would not only reap critical praise, but would also
sell like fucking crazy.

Or so my trusted protégé/roving talent
scout, Jill, had told me.

I stared at the painting
again.

I closed my eyes and shook my
head.

I was in hell…

Lance, my trusty assistant and gay
bestie, ambled up to me and cocked his head to the side.

Correction: I was in Zombie turkey
Hell.

I wondered if there was an open bar in
Zombie turkey Hell.

“
Where is Jill?” I asked. I
was going to strangle her with my bare hands.

Lance took a slow side-step away from
me. “You know I hate it when you seethe like that.”

“
I do not seethe!” I looked
at him and he’d already taken another long side-step away from
me.

I opened my mouth to scream
at him, but had to admit that yes, I
was
seething.

I wanted to yank the zombie turkey off
the wall, drag it outside, and torch it.

“
You’re right,” I said,
turning back to the painting, folding my arms under my breasts—only
the flat-chested could cross their arms over their chests, and I
had been blessed with an ample bosom. “I’m sorry.”

Lance sighed, cracked his long, elegant
neck, and then stepped back toward me.

“
Our Miss Jill says this
painter is the next hot thing… says they can’t keep his shit on the
walls in Denver.”

I rolled my eyes and took another,
closer look. The detail was good, if not nauseating. The image was
strong and commanding.

Yeah, but the subject matter
was ridiculous!

Even if I could sell this turkey, I’d
be the joke of the Chicago art world, not to mention the east
coast.

No, this couldn’t happen. I was going
to have to dump this…

Some workmen toted in another painting,
this one of a gaggle of zombie turkeys surrounding one normal,
non-zombie turkey.

“
So,” I said, looking over
at a beguilingly off-centered couple standing by a still wrapped
eight by six feet painting leaning against the bank of front
windows. “Which one is he?”

The couple consisted of a slightly
punky, devil-may-care faced lothario with a goatee, distressed,
practically painted on jeans, and some awesomely broad
shoulders.

The other was about as
interesting as dry toast: an
almost
handsome face that seemed just out of focus...
hair too neat… clothes right out of a J.C. Penny catalogue and a
rather impressive ability to blend right in with the potted
plants.

Lance groaned. “The pathetically plain
one? That’s Randy Crawford: the artist. The hot little slice beside
him is his boyfriend, Darius.”

Of course, it had to be the
boring one
.

“
God is a mean, hateful
bitch if a sad sack like that can land himself such a gorgeous
piece of ass!" Lance shook his head bitterly.

The aforementioned Darius tore the
paper covering from the front of the third painting.

I gasped as the motley tableau before
me assaulted my eyes: a grisly depiction of a flock of the zombie
turkeys ripping apart a human corpse. The man, or should I say what
was left of the man’s shredded and blood-splattered body, was
holding a cornucopia in one hand, and a meat cleaver in the
other.

The irony was not lost on me, and yet I
could not imagine what kind of mental imbalance or chemical
reaction could have caused any sane person to paint this
travesty.

Was the boring painter a closet meth
freak?

At least that would
be
something
interesting I could tell people at the showing.

Oh god, there was going to be a show,
wasn’t there?

I asked, “Do you think we could just
tell people that the hot one is the artist?”

“
Not a chance.” Lance stage
whispered. “He’s already posted his mug all over Facebook and
Pinterest. There’s even going to be a banner by the front
door.”

“
Fuck.” I put my hand to my
forehead and tried to relax.

But I was starving!

How could I deal with a zombie turkey
apocalypse on an empty stomach?

But nothing sounded good.

“
Lance, I think we should
order…”

He waved me off with his perfectly
manicured hand.

“
Way ahead of you,
boss-lady. I ordered you pasta fagioli from Roma’s, with those
little crustinis you like so much.”

I sighed as I gazed lovingly at him.
“Did you, maybe…”

He smiled devilishly, his perfectly
symmetrical face a portrait of beauty, his warm green eyes
sparkling.

“
I ordered myself an Italian
hoagie… you know I can never eat the whole thing!”

He sucked in his fabulously ripped
six-pack and acted as if he needed to diet.

But if he ordered the hoagie, and I ate
half of it, it didn’t count.

“
Which reminds me, I’ve got
to get the contracts for the Caron show out by noon!” He made a
show of looking at his shell pink Rolex—a gift from a thankful and
filthy rich art buyer that Lance wined and dined… and then did
things to that I’m too young and pure of heart to know
about.

The buyer, Churchill Walker, had been
old and crusty, though truly charming. I’m sure Lance earned every
spinning gear and crystal facing of that twenty thousand dollar
plus wristwatch.

He eyed me. “So you’ll have to stay up
front to tip Franco when he delivers the food.”

“
Why didn’t you add the tip
to the company card?” I whined. I hated handling cash. And though
Roma’s delivery man, Franco, was super nice… he liked to talk far
too much about the stupidest of things. He also looked a hell of a
lot like every Italian uncle in every movie ever made: potbelly, a
mustache, and a hooked nose.

“
That’s why god created Visa
and Master Card… not to mention American Express!”

He shot me a stern look. “If we tip
using the credit card, he has to claim the whole thing on his
taxes, whereas—”

“
Whereas,” I cut him off,
“cash leaves no paper trail. I get it.” I reached up and tucked a
lock of his flaxen hair back behind his ear.

Lance twirled his Ralph Lauren jacket
over his long, well muscled arms and kissed me on the
head.

I smacked him on the ass as he sashayed
toward the front door. “You’re really straight, I know
it!”

He blew me a kiss, and then acted as if
he were about to faint when he strode past the geek artist and his
hottie boyfriend.

I saw two more very large paintings
being hauled into the gallery.

Jesus… this was turning into a
nightmare.

I settled in behind the reception desk,
sifting through the invitations that had stacked up over the week.
If I actually went to all the parties to which I was invited I
would do nothing else.

I usually picked one, maybe two parties
to mingle at per weekend. If I was lucky, I could fit both parties
in on one night, preferably Friday night. That way I’d have
Saturday and Sunday all to myself to depressurize.

I felt a shuddering sense of dread—a
familiar feeling that had sadly become the norm.

No, not the weekends, what they now
meant.

For the last three months I’d… well, it
was embarrassing as hell to say out loud.

I hadn’t had sex for three
months.

Some might think three months was just
a little dry spell, but not for me. It was the equivalent of a
hundred and fifty years in my years, and a decade accrued at the
end of every night I spent by myself in my lonely little California
king—

She finally opened her eyes and saw her
hot, though ultimately boring, male best friend for what he really
was: husband material.

I don’t recommend it personally, but
wedded bliss totally suited Susan… so much so that she and the
hubby decided to procreate.

So Sara Marie Jacobs was
born.

What does all that have to do with my
sexual drought?

Well, I'm her best friend in the
world—and since baby Sara decided to come into the world a full two
weeks early, when Kevin was out of town on business, I was pulled
into the whole birthing drama. I’m talking about driving Susan to
the hospital, threatening the geeky ER clerk with rather
imaginative bodily harm if he didn’t get her in to see a doctor
immediately, fending off calls from Susan and Kevin’s parents, and
then holding Susan’s hand while she went through the screaming,
crying, sweating, nausea, grunting, and creative
cursing.

I didn’t mind when I lost feeling in
the hand she was gripping. What are friends for? I didn’t mind
running out of the room and grabbing her socks for her—she was
sweating like a whore in a church, but her feet were
cold!

What I did find disturbing was when I
re-entered Susan’s hospital room.

“
She’s coming!” Susan cried
out in the throes of the mother of all contractions, her hand
outstretched for me to take. I started toward her and slipped on
the tiled floor. It was a quick trip, I landed on my ass, clipping
my shoulder on the floor but thankfully missing my head.

It was the scramble to my feet that set
the sexual purgatory I’m currently in into motion.

The doctor and nurses were busy, so no
one noticed my slip slide to the floor. I grabbed hold of the end
of the bed to pull myself up from the floor, right beside the OBGYN
stationed between my friend’s legs, and I got an eye full of what
the good doctor was looking at.

Christ on a fucking
crutch!

These kinds of sights are best left
NEVER seen.

It was right out of that
movie
Aliens
.

Susan screamed at me again and I tore
my gaze from the gynecological front line and staggered to her side
again, welcoming the pain her desperate, bone crushing grip caused
when she took my hand again.

But that image was burned onto my mind
like a cattle brand.