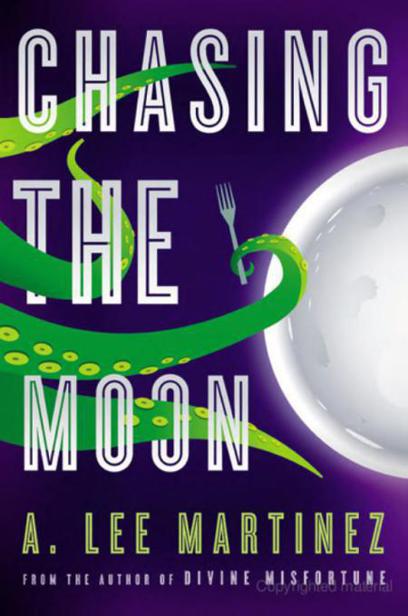 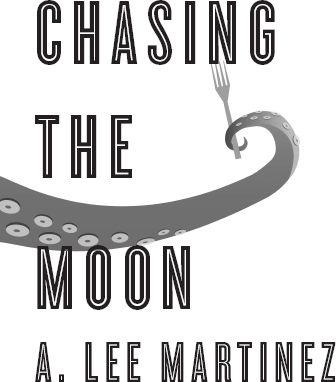 For Mom and the DFW Writer’s Workshop, because you always have my back.

For my patient editor. Thanks for bearing with me on this work of (nearly) overwhelming madness.

For every weird beast and every bizarre thing that has ever existed in the imagination.

And for that guy in that movie. You know the one I’m talking about. That one guy who you always see but can’t ever remember his name, but you recognize him immediately and then spend all day racking your brain for where you’ve seen him before only to realize that he is in EVERYTHING because movies and TV need character actors and he’s really good at it and you think it’s a real shame that he doesn’t get acknowledged more often, because without him the show would be just a little bit poorer for his absence.

We love you, guy. And if you’re a woman, we still love you. So thanks. 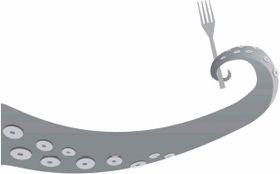 The moon called to Calvin. After all this time he should’ve become accustomed, but it was always a distraction. Especially during the new moon when the silver orb disappeared in darkness.

Fenris, the monstrous thing, trailed behind the moon. The moon god shone like a fireball on those nights.

Tonight was only half moon, though, and in some ways that was worse. During the full moon the voice was barely a whisper, and the horrible thing chasing after it turned a mottled, dark green that almost made it disappear. During the new moon the voice was so strong he could almost hear what it was saying, finding some comfort in the alien voice. But at the half moon the balance between his own mind and the horrid thing
above was just right to allow it to claw and rake at his soul. It wasn’t intentional. Fenris was just as terrified and confused by the situation as he was, and it sought refuge in his mind, struggling against the endless, raging storm of madness.

Sharon turned Calvin gently away from the window and helped him with his tie. “I don’t know why you can’t ever make this straight.”

“I don’t know why it even matters,” he replied. “Nobody cares about the tie.”

Sharon was tall, about twenty-five pounds heavier than Hollywood permitted non–character actors to be, with a smile that always managed to bring him down to earth.

“You don’t have to see the point, Calvin dear. Sometimes we just do things because we do them. It’s tradition.”

He chuckled. Traditions meant little to him. Probably because he’d seen a thousand come and go.

“Nice,” he replied automatically, without taking the time to look at her.

She wasn’t offended, having become accustomed to his moods. She put a hand on his cheek and turned his face away from the night sky. “Ready?”

He nodded absently. “I guess so. But couldn’t you go without me just this once?”

Sharon frowned. “That’s not how this works. You know better than that.”

“We’re on a very specific schedule,” she replied. “Greg says that tonight is the night, that the arrangement of the heavens is exactly where—”

“Don’t be like that.” She fell just short of a scolding tone, the kind reserved for misbehaving three-year-olds.

She always did know the right thing to say.

In point of fact, lots of people liked Greg. He was a likable person, almost pathologically so. Greg didn’t just want you to like him. He needed it. Calvin found that need cloying.

“Does it really matter if we skip this one?” he asked.

“A lot of people are looking forward to tonight. You don’t want to be responsible for ruining things, do you?”

“Good. Now get your shoes on. The car service should be here any minute.”

She gave him a light kiss on the cheek and left him to finish dressing. He owned more shoes than any straight, nonmetrosexual man should. Sharon kept buying them. She said you could tell a lot about a man by his shoes. All he could tell was that he had too many shoes.

He reached for a pair of white sneakers.

“Oh, Calvin,” called Sharon from the other room, “if you’re going to insist on inappropriate shoes, could you at least wear the black ones?”

He grabbed the black sneakers and put the right one on.
Something foreign wiggled between his toes. Annoyed, he removed the shoe and turned it upside down. A glop of yellow slime dropped onto the carpet.

The slime sprouted thick brown hair. A single eye opened and blinked at him.

He reached for the glop, only to have it skitter under the bed.

“Goddamn it.” He dropped down onto the floor and probed in the darkness. “Sharon!”

His hand closed on the moist, hairy thing, but it squirmed out of his fingers.

The bed rocked as the thing growled and hissed. Spitting, it bit off Calvin’s hand. He pulled back a bloody stump, except the blood was black and as thick as tar.

The monster threw the bed to one side. The hairy lump turned to the window and howled at the moon. Then it hurled itself through the glass, plummeting to the ground far below with a long, startled gurgle that ended when it hit the pavement.

None of the lump beasts ever grasped the concept of gravity. More often than not, it was their undoing.

A new hand bubbled upward from his stump. The flesh was grayish, the veins a web of bright red. It would look more normal in a few minutes.

Sharon entered. She shook her head at the broken window.

“Honestly, Calvin. Sometimes I think you do this on purpose.”

The bed fell back into place. The window un-broke. An invisible hand tried to pluck Calvin from the fabric of reality. It failed, as it always did. He was a barb stuck beneath the skin of the universe, an unwanted invader that could not be removed. The invisible hand scratched at him like a dog scratching at a flea. It didn’t hurt, but it was irritating.

It was going to be one of those nights. They went downstairs to a waiting black sedan. They sat in the back in silence. The driver didn’t need to be told where to go, and there was nothing to discuss. The routine was set. Sharon read a
People
magazine while Calvin stared out the window, watching the city pass. They rode into the well-to-do suburbs, where the houses hid behind stone walls and iron gates. The car pulled onto an estate and traveled down the winding driveway. Sculpted topiaries and pavement fell away to gravel and untended bushes. The gravel turned to dirt, and the bushes became a forest. Calvin wasn’t sure how large the estate was, but it took at least five minutes to drive from the gate to the house at its center. And the well-manicured lawns disappeared, consumed by a twisted wilderness.

The manor house was a foreign piece of civilization in an intentionally uncivilized place. Electric lights illuminated a few windows, but mostly fires in braziers or torches lit the way.
Thirty-six cars were parked in the dirt clearing beside the front porch. Two more than last week, Calvin noted.

An older woman in a red dress and her young trophy husband in a tuxedo followed the torches to the back of the house. He’d seen them before but had never bothered to learn their names.

When Calvin exited the car a bearded man in a turtleneck averted his eyes and bowed slightly before scrambling away in badly disguised panic. Calvin frowned.