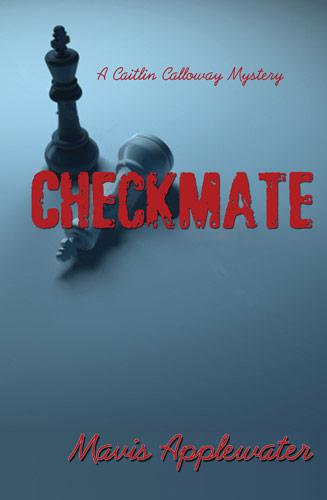 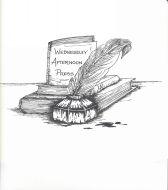 As always, this is for Heather

ALSO WRITTEN BY Mavis Applewater  AND

Home For The Holidays

The Price I Paid 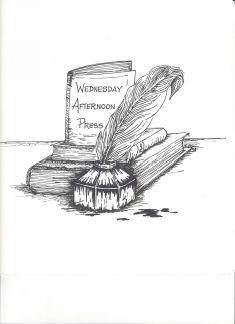 NOTE: If you purchased this book without a cover, you should be

aware that it is stolen property. It was reported as “unsold and

has received any payment for this “stripped book.”

This is a work of fiction. All characters, locales and events are either

products of the author’s imagination or are used fictitiously.

All rights reserved. No part of this book may be reproduced in any

manner whatsoever without written permission from the publisher,

save for brief quotations used in critical articles or reviews.

When creating a work such as this, none of it happens because of only one person. Having said that I would like to thank the following people: my publisher Emily Reed, who stuck it out after my real life kept getting in the way. I need to thank Mary Phillips my beta reader for calling me on the carpet more than once. Thank you to the best editor Nann Dunne; how that woman keeps her sanity is an amazing mystery. She didn’t even threaten to set me on fire this time. I need to thank my mother-in-law, Lillian, who loved The Brass Ring so much she thought a sequel was in order. I also need to thank my brother-in-law Shane whose knowledge of prison life was invaluable.  Before you ask, no he wasn’t an inmate. Thank you to my dear friend Val Brown who gave money to a very worthy cause to become a character in Checkmate. Speaking of names, for a very long time this book was simply known as Brass Ring Two; thank you so much Sandy Thornton for giving it a proper name. Thank you to the women who led the way in my so-called life, Nana, Grammy, Ann Marie and Sunny. I need to thank my Mom for everything she continues to do. Most of all, I need to thank my wonderful wife Heather who, for some unknown reason, puts up with this crazy writer.

It made perfect sense once all the pieces were snapped into place. Not that it mattered now. CC understood all too clearly that in the very near future she would be dead. If not dead, teetering very close to the edge of death. Hell of a time to find out she’d been right all along. She found it hard to be smug. Self-satisfaction failed to mesh with the act of digging her own grave.

She trembled ever so slightly each time the shovel crunched against the earth. She paused for a moment to brush the sweat from her brow.

“Keep digging.” Her companion stressed the point by aiming the 9mm at CC’s body.

“Maybe I’m not in a hurry.” CC couldn’t resist taunting her captor.

Her impertinence was answered by a loud click of the gun’s hammer being cocked. The click echoed through the dark woods.  “Haste does make waste,” CC quipped in a valiant effort to mask the fear coursing through her body.

Boldly she gripped the handle of the shovel before thrusting it into the dirt. “Although,” she slowly began toying with the dirt. “I must say shooting me down like a dog and ditching my body in the woods lacks a certain finesse. I kind of expected more out of you.”

“You have only yourself to blame, Detective,” was the answer, followed by a cruel chuckle. “If you hadn’t been such a know-it-all pain in the ass, your ending would have been far more creative. In fact, you would have enjoyed a little more time on this earth. But you just had to figure everything out and shoot your big mouth off.  Personally, I prefer a more inventive approach to these matters. But in times of need, a good old-fashioned shoot ’em and ditch ’em always works. If it makes you feel better, I promise to be more creative when I take care of your little friend.”

“Don’t what?” The barrel of the gun gleamed in the moonlight.

The taunting laughter did nothing to abate the anger that was choking CC. Being mocked only spurred on her ire.

“Need I remind you, Detective?” The taunting voice cut through CC’s soul. “At this very moment, you are in the middle of fucking nowhere. You’re digging a ditch that in all likelihood will become your final resting place. You are in no position to be making idle threats. Face facts. You’re a bit late to make good on any of your promises.”

The harsh reality of the words was like a sharp blow. CC’s shoulders slumped. She was defeated.
‘Not the way I thought I’d go out.’
She lowered the shovel and stared at the tiny mound of dirt. It
wasn’t her own demise that troubled her. No, what truly broke her
heart was that she had failed Jamie. Now the love of her life was left
vulnerable to a psycho. She would have broken down and cried if
not for the knowledge that she would give the twisted freak some
sort of sick thrill.

Her lips curled into a defiant sneer. “I have never met anyone so perfectly suited for their profession.”

“It wasn’t a compliment.”

CC wasn’t certain, but she could have sworn she heard a hint of sympathy. She wondered if perhaps all was not lost. She decided to give it one last shot.

“I guess I just don’t understand how someone so intelligent becomes a murderer.” CC struggled to make her words sound sincere.

“Killer,” came the stern response. “Or assassin if you prefer. Why should my intelligence surprise you? After all, Simon Fisher was a smart boy.”

“Not smart enough.” After all these years, just the mention of his name set CC on edge. “Lucky is more like it. That slimy little creep should have been locked up long before I ever heard his name.” Her little tirade was greeted by a wry chuckle. CC was encouraged by the response. “Unlike you, that shit-for-brains made a long list of mistakes.”

“Now, now, Detective. Give yourself some credit. You alone got him. Hell, you got him to confess. You were the one who locked him away, making the world safe and sound for dykey little blondes.”

“Until you came along,” CC said.

“Circumstances beyond your control. If he wasn’t a stinking rich little bugger none of this would have happened, and we’d never be having this conversation. Sadly for you and yours, I’m a consummate professional. Which is why it truly is a pity Fisher is just as rich as he is crazy. I mean since my services come at such a high price tag.”

“Worth every penny, I’m sure.” CC prayed that she sounded sincere. She felt she had the opening she so desperately needed. Then maybe, just maybe, Deputy Dumb Ass might pull her head out of her butt. If that happened, there might just be a happy ending after all. CC took a calming breath before playing her last card. “You know if it wasn’t for that one mistake.”

That slight hint of panic in her captor’s voice gave her a glimmer of hope. The sight of the gun wavering made her heart beat just a little faster. She didn’t allow herself to feel happy, not just yet. At that moment, she just prayed her ploy would work.

She heard a snicker. “Oh, I get it. A stalling tactic? Kind of lame coming from you.” The cruel laughter that followed shredded her hopes. Dread didn’t even come close to what she was feeling.

Then the laughter stopped. “You know what, Detective?” the voice said in a cooing tone. “You deserve to have your say. After all, no one, and I mean no one, has ever gotten this close to me. Put your little shovel down for a moment, and tell me how you solved the great mystery. Must be a hollow victory knowing that the final proof that you were right will be proven by your death. Still, as I said, you’ve outdone all the others. Tell me all about me. Just remember to keep your feet and grubby little hands inside that ditch or I will shoot you right between your baby blues.”

Just Like a Hero by Patricia Pellicane
A Florentine Death by Michele Giuttari
Muerto hasta el anochecer by Charlaine Harris
Over Her Dead Body by Bradley Bigato
On the Island by Iain Crichton Smith
The Lazarus War: Artefact by Jamie Sawyer
Do Penguins Have Knees? by David Feldman
Maldeamores (Lovesick) (Heightsbound #0.5) by Mara White
The Riptide Ultra-Glide by Tim Dorsey
Playing Hard by Melanie Scott
Our partner