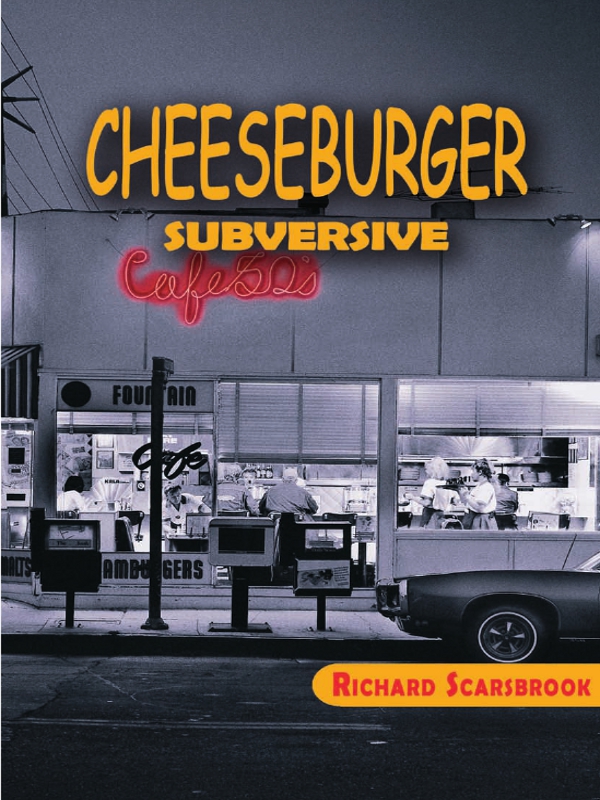 No part of this publication may be reproduced or transmitted in any form or by any means, graphic, electronic or mechanical, including photocopying, recording, or any information storage and retrieval system, without permission in writing from the publisher. Requests for photocopying of any part of this book shall be directed in writing to Access Copyright, 1 Yonge Street, Suite 1900, Toronto, Ontario, M5E 1E5.

The following stories have been previously published, in different form:

The poem “Invitation,” which appears in “Thank You, Quentin Alvinstock,” was originally published in the author's poetry chapbook
Guessing at Madeline
(Cranberry Tree Press, 1998).

Thistledown Press gratefully acknowledges the financial assistance of the Canada Council for the Arts, the Saskatchewan Arts Board, and the Government of Canada through the Book Publishing Industry Development Program for its publishing program.

Dogs That Lick and Dogs That Bite
(Grade eight)

S
ummer vacation is here, and my dad sees the other boys in our subdivision neighbourhood emulating their fathers in manly ways. While our backyard neighbour, Mr. Potzo, tinkers with the engine in his car and curses in Italian, his son, Enzo Jr., tightens the brake calipers on his bike and curses in English. The neighbour to our left, Mr. Denney, plays garage-door goalie while his son Tommy slaps a street hockey ball at him. Across the street, Mr. Cobb slouches shirtless on a lawn chair on his porch, a beer bottle perched on his pumpkin-sized belly. He screams at his wife to bring him another beer, and his boy, Danny, who lounges beside his father, barks, “Yeah, Ma! And I wanna Coke!”

My father and I don't play driveway hockey together, nor do we work on mechanical things, nor do we abuse my mother as a father and son team, so Dad is beginning to worry that perhaps he isn't raising a well-rounded boy. As a high school teacher, he is concerned that when I enter grade nine there will be a very real danger of me getting my ass kicked frequently by hormone-addled goons.

So, Dad is doing the only thing he can think of to put me in contact with the world of real manhood: he is introducing me to our lawn mower.

At first, it doesn't seem like a bad idea to me. Since our house is built beside a steep, grass-covered hill, which is pretty difficult to keep trimmed with a push mower, Dad had recently dusted the cobwebs off his wallet and purchased a second-hand lawn tractor. As I am not yet old enough to pilot a fighter jet or race a powerboat or even push the redline on Mom's Honda Civic, I figure that our riding mower is the only kind of engine-powered excitement I'm going to get any time soon. As such, I have agreed to take on the responsibility of mowing the grounds of the Sifter estate â not that my compliance really makes any difference to my dad.

Dad throws open the garage door and the bright summer daylight floods over the mower's hood, making it glow greenish yellow like a captured alien vessel. As it turns out, an alien spaceship might be easier for a human to get running. It requires the skills of a mechanical engineer and the magic of a shaman to coax the old beast to life, neither of which are dominant traits in my English teacher father. I watch earnestly as Dad does a strange ritual dance around the rickety old lawn tractor, rapping on the fuel line with his knuckles, pinching wires together with one hand while pulling on the throttle cable with the other, and sticking his finger in the carburetor to keep the engine from flooding a second time.

“Hey, Sifter!” hollers Mr. Cobb from his seat on his front porch across the street. “You want me to send my
wife
over there to help you get that thing started?”

“That's okay, Chester,” Dad answers back, “but thanks anyway. We've got it under control.”

“Well, okay,” Mr. Cobb brays, “I guess you teachers have got the whole summer off to get yer mowers going, eh?”

“I think he's making fun of us, Dad,” I say, master of the obvious as usual.

“He's just jealous. Line workers at the pickle factory only get three weeks vacation. You just have to ignore people like him, Dak.”

Dad wipes his brow, and resumes his shaman mechanic dance, until eventually the old engine starts backfiring and belching black smoke through the mostly functionless muffler.

“See?” says Dad, his forehead beaded with sweat and his forearms streaked with grease. “Nothing to it.”

I nod seriously, somehow understanding that Dad's words are intended less for me than for Mr. Cobb and his son, who he imagines are snickering at him from their front porch seats.

“You have to take things like a man, Dak,” Dad says in a philosophical way. “That's what it's all about.”

And with that, he retires to the house to recover from the engine starting ordeal. I picture him sipping from a tall, cool glass of lemonade in front of the television with the fan blowing on his legs, while his only son sweats in the summer heat and bounces around the yard on top of Ol' Smoky.

After some grating and grinding, I eventually figure out how to put the old beast in gear and I carefully steer the lawn tractor around the perimeter of the front yard. I bang the mowing platform off the first nine fence posts on the far side of the yard, but with catlike reflexes, I manage to steer around the last one. With mathematical precision, I follow the tire tracks of each previous pass around the yard, so that not a single blade of grass will be left standing when I'm finished.

I am sitting up tall in the driver's seat, turning the steering wheel to make my triumphant final pass down the middle of the yard when Mr. Cobb wanders across the street to the edge of our lawn

“Hey, Lawn Boy!” he bellows over the sputtering engine, “while yer drivin' around in circles, ya might wanna actually turn the mower blades on and cut some grass!”

I reach down and pull the engage-mower knob. With a metallic screech, the mower blades began spinning beneath the tractor, and I yet again begin my journey around the front yard. I manage to improve my original record by dinging the fence only four times on this journey, which causes Mr. Cobb to shake his head even more fervently as he retreats back to his front porch. I am careful to keep an eye out for the dozen baby evergreens that Mom planted in the front yard, and it is only by accidental over steering that I turn two of them into mulch. Oh well. I figure that ten trees left standing out of twelve works out to more than eighty per cent, which is like getting an A grade at school. Dad will be proud of me!

Eventually, I repeat my triumphant final pass down the middle of the yard, and I steer the beast into the driveway to head to the backyard. In the neighbouring driveway, Mr. Denney and his son Tommy drop their hockey sticks and run to the other side of their yard to escape the flying driveway gravel that the spinning mower blades scatter like machine gun fire. Oops!

As the tractor rumbles onto the now enormous looking backyard lawn, I feel the eyes of every man and boy in the neighbourhood burning holes in the back of my neck. My discomfort is increased exponentially as I run over the garden hose, which gives me an unexpected and frigid enema when the water comes bursting up through the holes in the seat.

At this point, Dad comes running outside. He has been awakened from his nap by the sound of gravel blasting against the side of our house, then summoned outside by the water hissing against the window of his study. He has appeared just in time to witness my lawn mowing
coup de grace
, as I drive the tractor's right-side wheels up the steep slope that runs along one side of the backyard. I feel like one of those stunt drivers you sometimes see at county fairs who drive cars up on two wheels, and I can almost hear the crowd screaming with delight, until I realize that it's my dad who is screaming.

“Sit on the right fender before it flips over on you!” he hollers, but by the time I hear him over the roar of the broken muffler, the tractor is up on two wheels. I react exactly the opposite to the way a stunt driver would, by panicking and jerking the steering wheel back and forth. Luckily, I jump off as the tractor dumps over on its side, but less luckily, I land on top of one of Mom's beloved rose bushes.

The mower rolls over upside-down, its nearly bald tires spinning in the air like the twitching legs of fresh roadkill. Its engine coughs, sputters, then dies.

Mr. Potzo, Mr. Cobb, and Mr. Denney come running over from their yards and driveways, with their sons trailing close behind.

I am lying on my back in the blazing sun, grass in my hair and mouth, rose bush thorns digging into my freshly irrigated ass, with every other male in the neighbourhood standing around me in a circle, looking down on me. I am
far
from okay.