Read Child of the Storm Online

Child of the Storm 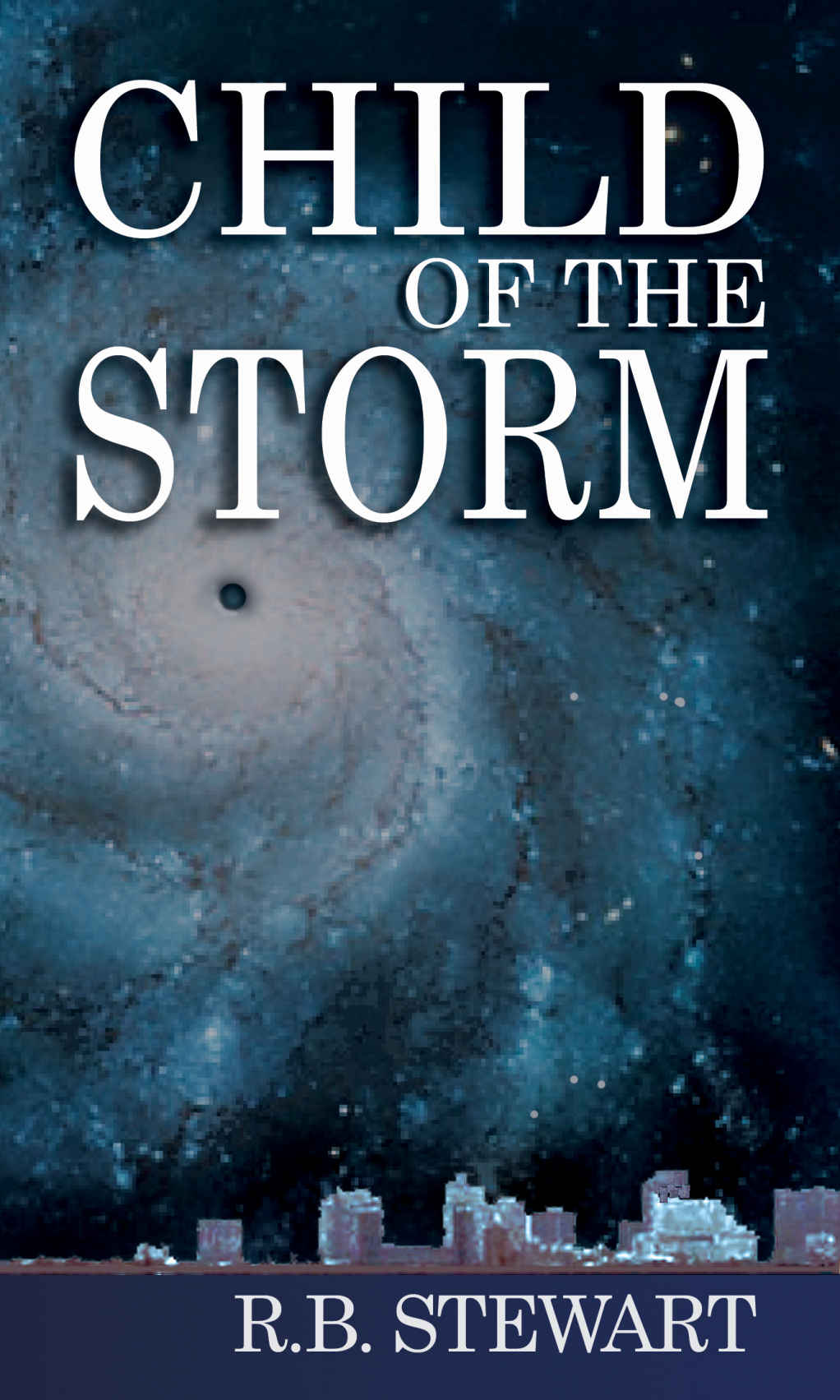 Child of the Storm

All rights reserved.
Published by the author.

No part of this book
may be used or reproduced without written permission.

Cover artwork by the
author.

Part I – The Climbing Oak

“I was brought by a storm with
no name.

That’s what I was always
told.”

The tiny old woman, swaddled in
white, sat up straight in her ladder back chair, wrapped up in a thick blanket
in
spite
of the heat. A candle flame
dipped in the breaths of wind puffing through the pores of her house
;
pores opening and closing as the lap siding flexed under
the heavy hand of Katrina.

Power
had gone out in the Lower Ninth Ward and maybe the whole of New Orleans,
snuffed out by the hurricane as she pressed in. So much wind and so much heat,
but August was like that.
Ninety something years of hot
Augusts.
A lifetime of watching the Gulf over her
shoulder, waiting for it to brew something up.
Something
big and mean.
Something like Katrina. For a time the woman seemed to
notice her surroundings, looking at the table, the bright candle and the dark
dog lying on the floor before her. She looked at the dog and it looked up at
her, waiting for her to speak again.

“That was before they started
naming storms, but I can’t recall just when that was.

Guess Katrina took that memory away.”
She looked past the dog, taking in the room that should have looked familiar,
but didn’t now. She smiled at two figures seated at the edge of the light.
Smiled politely as you should to strangers.

She sat quietly as they exchanged
whispers among themselves, a private conversation, so she didn’t try to listen
in.
Just comforting to hear their voices.
Maybe they
were real and maybe not. Didn’t matter. They were company. But soon they were
silent again and she turned her attention back to the dog.

“So much is gone.
Home, family, friends—all gone.
I’m gone too except my
long ago memories.” She gave a little nod to what was outside. “Katrina’s
pulled the plug. Taken me back to the lamps and candles of my youth. Taken me
back, before taking me off. Maybe only fair since I messed with her as she was
coming in. Could be, this is it.”

“Power always goes out when they
come onshore.” She paused, reflecting on that as if it had brought something
else to mind. “Maybe they take it for themselves—the power. They lose the
Gulf’s warmth once they’ve made it to land, so they grab at what they can to
keep going. You suppose?” She looked to the dog but it offered no opinion.
“Maybe just old lady nonsense. Haven’t been thinking clearly with Katrina
knocking.”

The candle dipped rapidly as if
urging her to pick up the lagging thread of thought.

“There was no power for that
storm to take—the one that brought me, way back when. Way out away from
the city in a thin walled house with only two rooms inside.
Outside,
only a dirt road into a town not as big as my little neighborhood here.
That and a garden—for food, not flowers.
Overhead the
biggest tree.
Our Climbing Oak.
And further
back, the woods where the black bears roamed.” She squinted then, studying the
dog’s face. “Not you I guess, but maybe family of yours?”

The candle flickered again,
reminding her of the story line.

“No
power in lines since there weren’t any lines.
Only
power was in your hands. No lines for carrying voices far and far away either.
Back then, voices carried across the room or across the yard, or farther, on
the pages of books we were taught by—but not in school. Voices carried in
memories trapped in just about anything I could touch.”

“A lot of power in that little
two room house.
Just me, my Mama and Papa, and my older
brother Augustin.
Before he went away. Before the war and the storm tore
it all apart. Blown away, but not forgotten. At least not yet.”
A faint shake of the head and a purse of the lips.
“Feel
like a sack with a hole hidden somewhere, draining off the memories while
Katrina laps them up.” A slow scan of the room followed.

“Lot of power,” she repeated.
She looked to the dog as if it had asked her something.

“Mama and that storm gave me
what power I had. That’s what I think, because that’s what she told me. Gave it
to me and expected me to use it to do good and useful things. She was a strong
and gentle woman. Tall with long lines and good looks I wish I’d gotten. Good
looks to turn my papa’s head whenever she walked by. I could see that, even as
a little child.”

“But she carried a burden that
stole her strength when it settled down hard. The Sadness is what she called
it. It would settle in for days at a time and steal her strength like a great
storm steals a city’s power, making it lay low and cower until it passes. Such
sadness as that lies in the head and not the heart, but it’s all connected up
and stitched together so there’s no amount of strength that can cast it
off.

All she could do once it moved
on was pick
herself
back up and get on with doing
whatever had to be done with those two fine strong hands of hers. Big hands.”

“Papa was a big, tall man, but
not broad like my brother. Lean as steel because he worked hard before the
forge and over the anvil, and that melts off anything that’s not of use. A
blacksmith. And he told me they called it that because of how black
he
was from the smoke and from being around iron day in and day out. Where Mama
was brown like oiled wood, he was black like soot and storm.”

“Big hands too. So vast that he
could cover over my mother’s hands with his own and scoop almost anything away,
or swat a troublesome child’s backside when she’d gone too far. I pitied that
poor anvil. I know it caught worse than I ever did.”

“He did most of the talking
around the house and not because he had to have his say. Just had to fill up
all that silence the rest of us gave off. You’d have thought he would want
quiet after a day full of roaring fire and hammering. But it wasn’t so. Not
until after she was gone. He was a quieter man after that.”

The house shivered and she
closed her eyes. Stilled her eyes so she could better feel what all that
shivering might tell her about the storm’s path and strength. Not that there
was anything to be done now about either. The time for that was missed and
gone. She could only learn what she could and know what to do next, provided
there was strength and wits enough to do it.

She opened her eyes again to
find the dog still watching her. Waiting for more while the candle burned true
because this was an important part.

“If my father was like iron and
mother was like wood, then my brother Augustin was like fire or like moving
water. Big and broad like a wave, even young, like he’ll always be in my mind.
He could walk like no one else. Powering along when he was on a tear, and it
was all I could do to keep up, but I did, because he’d set his pace just fast
enough to make me work but not fall behind. That’s until he went away and I
guess I slowed down and settled.” She tipped her head toward the ceiling,
considering that while the dog watched. “So few years to have a brother, yet
he’s filled up the years since in some ways.
Same’s
true for my mother. Good strong early years. Not everyone gets that. Every
child can’t be as fortunate as I was, I suppose.”

“Augustin didn’t have big hands
like the rest of us. Funny that even struck me as a child. Normal size hands,
but big eyes like me. We shared that, though I guess we saw different things.
Different way of dreaming.
If his were closed, then he was
most likely dreaming, or seeing how his future might be and how he might make
it so.”

She chuckled. “He’d laugh at how
I would go off in dreaming with my eyes wide open. Daylight dreaming, he called
it, though I’d do the same just lying in bed before sleep.
Staring
into the blackness and seeing whatever.
He’d laugh but not in a mean
way, because he knew we were doing about the same thing. He looked out ahead
where I looked in deep to this or that, or through to somewhere else.
Staring at nothing and seeing everything.
That’s what my
Mama called it.”

“They were all giants to my
eyes, and there I was, so tiny you’d think I was left with them by mistake.
Hard to get me to laugh as a child.
Not always easy to get
me to smile. Mama always said I had a sensitive mouth, but she was that way
with me. I always thought I looked like I was chewing my bottom lip or on the
way to a good cry.” Her eyes narrowed. “Not that I had much cause for that. Not
in all these years, since I was the fortunate one.”

“So much power in that one
little house, but not enough to change what happened to us all. All those big
hands and they couldn’t hold on.”

She sat then for a good long
time, considering the dog’s face, lost in its dark eyes as if hiding from the
memory of loss and the threat of the storm. Those eyes had found her as a child
and found her again when she was lost in a
step by step
life, needing return. She sighed, relaxing.

“Always liked bears—since
I was a little girl and I’d see them passing at the edge of the woods.” Her
eyes shifted to the candle flame, looking for some other memories there, but
only catching fragments. “Bears are great dreamers. Someone told me that once,
but not sure who.”

She looked again to the dog.

“So what sort of dreams
do
you have? Maybe I was never told that part.”

She looked deep into the other’s
fire lit eyes, finding acceptance, but recognition was a tougher thing to judge
in the eyes of a bear. Sometimes you just had to ask to be sure. Just push past
politeness and find out. She leaned in closer and whispered, since it was a
personal question and one she wouldn’t want overheard if the answer
wasn’t
the one she’d hoped for.

“I’m Celeste. Do you remember
me?”

Reality Girl: Episode One by Jessica Hildreth
Wyoming Sweethearts by Jillian Hart
A Lot Like Love by Julie James
What a Boy Wants by Nyrae Dawn
A Dream of Lights by Kerry Drewery
Magic Elizabeth by Kassirer, Norma
More Than Willing by Laura Landon
Las cuatro vidas de Steve Jobs by Daniel Ichbiah
White Crane by Sandy Fussell
The Blue Moon - Part 1 - Into the Forest by Nolan Bauerle
Our partner