Read Child of the Sword, Book 1 of The Gods Within Online

Child of the Sword, Book 1 of The Gods Within 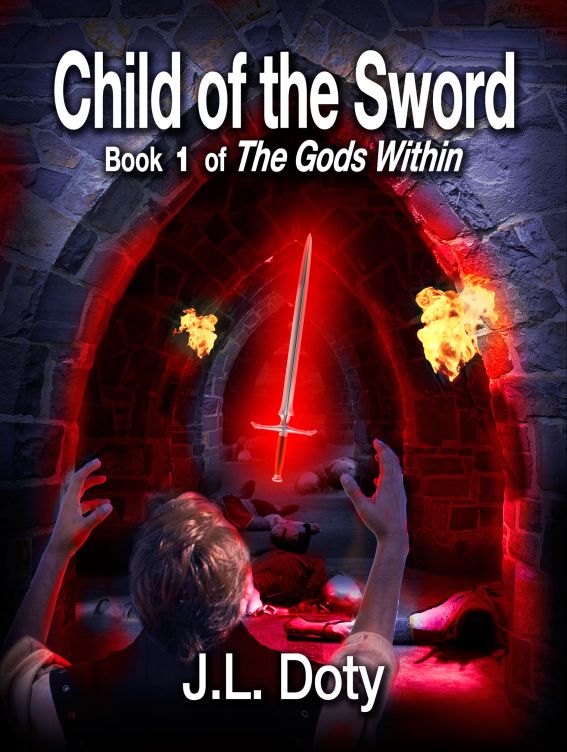 Child of the Sword

Book 1 of
The Gods
Within

This is a work of fiction, and as such
involves speculative content. Any resemblance to persons, places,
things, names, characters and incidents are fictitious, and are the
product of the author's imagination. Any similarities to real
persons, living or dead, and events or incidents regarding them,
are wholly coincidental.

CHILD OF THE SWORD, BOOK 1 OF THE GODS
WITHIN

This eBook is licensed for your personal
enjoyment only. This eBook may not be re-sold or given away to
other people. If you’re reading this eBook and did not purchase it,
or it was not purchased for your use only, then you should return
it and purchase your own copy. Thank you for respecting the hard
work of the author.

Copyright © 2012 J. L.
Doty
. All rights reserved, including the
right to reproduce this book, or portions thereof, in any form. No
part of this text may be reproduced, transmitted, downloaded,
decompiled, reverse engineered, or stored in or introduced into any
information storage and retrieval system, in any form or by any
means, whether electronic or mechanical without the express written
permission of the author. The scanning, uploading, and distribution
of this book via the Internet or via any other means without the
permission of the publisher is illegal and punishable by law.
Please purchase only authorized electronic editions and do not
participate in or encourage electronic piracy of copyrighted
materials.

The publisher does not have any control over
and does not assume any responsibility for author or third-party
websites or their content.

Prologue: Thrice and Thrice of a Benesh’ere
Blade

Chapter 2: In the Witches Den

Chapter 3: To Glimpse the Wizard

Chapter 4: To Glimpse the Man

Chapter 7: In the Company of Rogues

Chapter 11: The Magic of Power

Chapter 12: The Magic of Kings

Chapter 13: The Magic of Shadow

Chapter 15: The Question of Honor

Chapter 16: The Magic of Dreams

Chapter 17: The Path of Power

Chapter 20: The Shadow of Death

Chapter 27: The Pride of Fools

Chapter 29: The Song of the Betrayer

Preview:
The SteelMaster of
Indwallin
, Book 2 of
The Gods Within

Prologue: The Tenets of Steel

Chapter 1: The Steel Within

Other Books Available by JL Doty

Child of the Sword

Book 1 of
The Gods
Within

When gods and wizards go to
war . . . it’s best to just find a good shadow and
hide. 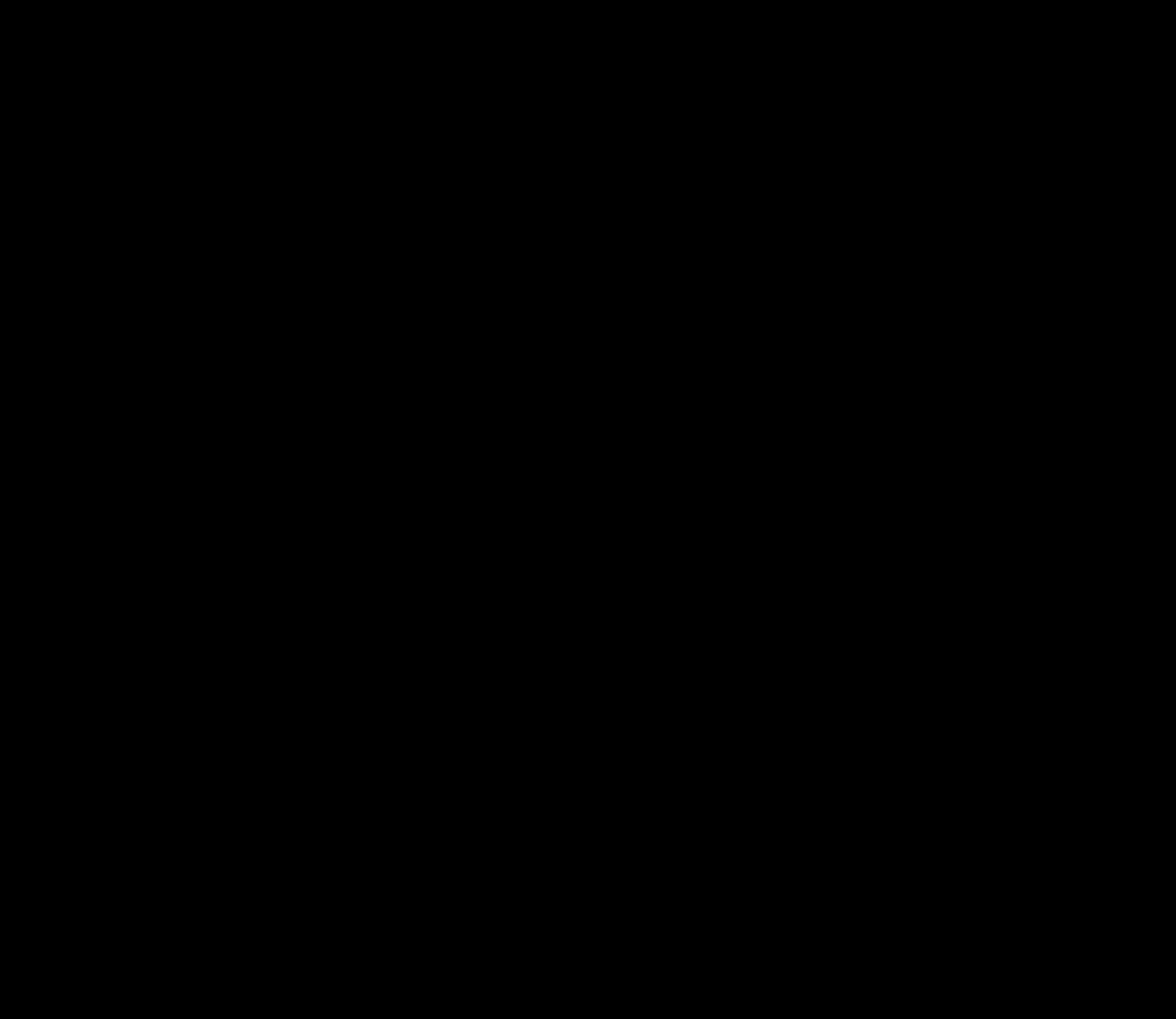 For detailed maps, check out the author's web
site at
www.jldoty.com
.

Prologue: Thrice and Thrice of a Benesh’ere
Blade

Forge the steel thrice in the fires of
hell.

Quench the steel thrice in the waters of
heaven.

Blood the steel thrice in the agonies of
death.

For thrice and thrice must a blade be
born.

Rat stepped out of his shadow and darted
quickly into another, scurrying like the animal for which he was
named, his one good eye ever on the purse he followed. It looked to
be a full purse, bulging and jingling with coins, a fat purse, tied
to an even fatter waist, and soon it would be his.

Rat was a thief, a small, decrepit, barely
human, sometimes animal, stunted, ugly bundle of filthy rags; he
stalked his prey every day in the morning light of the market
square. He was small, perhaps six or seven years of age, perhaps
more. Badly malnourished, almost everyone in the streets considered
him a disgusting excuse for humankind, with festering sores visible
wherever rents in his dress of rags exposed diseased skin. His
vision was limited to his one good eye, but that eye never strayed
from sight of the fat and bulging purse.

“Away with yee, scum,” one of the fruit
vendors bellowed, emphasizing his dislike for Rat by throwing a
spoiled apple with considerable force.

Rat sidestepped the throw easily, and in the
same motion caught the apple, a not infrequent means of acquiring
food without resorting to theft. Then he scurried between the
market booths and disappeared into a nearby shadow.

He paused there, slurped on the pulpy flesh
of the rotten apple, aware that today of all days he must move with
great care. Unseasonably heavy rains the night before had turned
the dirt streets into a quagmire. The vendors, fearing a disastrous
loss of revenue on this, the first market day of spring, had grown
nervous and edgy. Anything that might turn customers
away—especially filthy, disgusting Rat—was to be feared, driven off
with a vengeance. Rat understood these things.

He finished the apple, moldy core and all,
then reached into his rags and retrieved a small, featureless
object no larger than the tip of his littlest finger:
gesh
.
He placed it on his tongue carefully and began chewing, a hard,
woody substance that broke up slowly. As it mixed with saliva it
formed a fibrous mass that was both bitter and sweet. He let some
of the juice trickle down his throat, knowing that soon the
gesh
would make life just a little sweeter.

Rat loved
gesh
. It made the cold
nights of winter warmer, and it softened the filthy straw of his
bed.
Gesh
brought the only pleasure to his life; he had
learned that
gesh
was good, and that the lack of it was bad,
very bad.

Without warning a rock smashed painfully
into his cheek, sent him sprawling into the mud. “It’s Rat,” a
young boy screamed. “Get him.”

Rat jumped to his feet instantly, ran a
jagged, zigzag pattern to the nearest shadow. He paused there, then
instinctively changed shadows as another rock sailed his way. He
skipped randomly from shadow to shadow, hoping to confuse any eye
that might be tracking him, then froze suddenly into stillness and
waited.

There were three of them, boys not much
larger than he, searching the shadows for him, seeking a little
sport. If there had been more of them he would have feared them,
for when they banded together in large numbers it became difficult
to elude them, and often he must hide in his lair until they lost
interest. But this time there were too few of them, and they were
looking in the wrong shadows. They had surprised him only because
he was too absorbed in his pursuit of the fat purse. And too, the
pleasure of the
gesh
tended to cloud his mind. Rat
understood these things.

With his tormentors searching elsewhere it
was safe to move on. He changed shadows again and moved away from
them, seeking the fat purse. He had lost sight of it in the
immediacy of escape, of survival, but he found it again after only
a few seconds, for the fat belly beneath which it hung was easy to
spot as it jiggled and swayed through the ever-thickening crowd.
Rat eyed the purse hungrily and squatted in a shadow, chewing his
gesh
and biding his time.

“Not here, Rat,” another vendor snarled.
“You’ll not be a scarin’ away me customers with yer stench.”

Rat changed shadows. The fat purse meandered
toward the center of the market so Rat followed, skipping from
shadow to shadow, hoping the thicker crowds near the center would
confuse pursuit at the moment of truth.

The next shadow Rat stopped in was at the
edge of Mathal’s fruit stand. She’d seen him approach, but turned
her head and pretended not to notice. She frequently looked away
like that, allowing him to steal a piece of fresh fruit, and in
return he was never greedy, taking only one. Often, in the dark of
night, he would leave her a gift in return: a pretty stone polished
by the weather, a half-eaten mouse or rat, or perhaps a small pile
of grubs. He knew she appreciated the gifts, for in the morning she
always took them in without scorn or distaste.