Children of Dreams, An Adoption Memoir 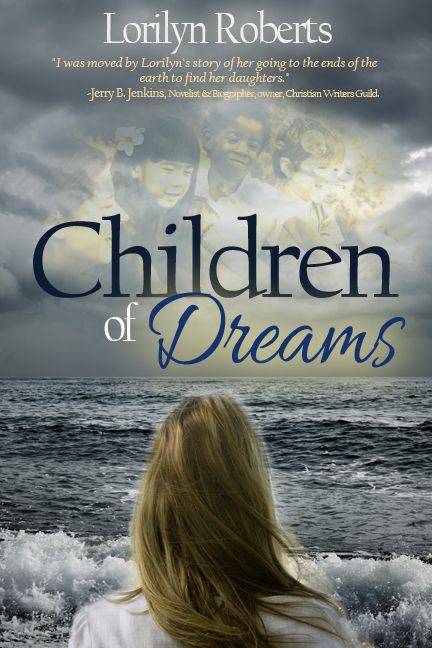 Children of Dreams – An Adoption Memoir

All rights reserved. No part of this book may be reproduced or utilized in any form or by any means, electronic or mechanical, or by any information
storage and retrieval system–except for brief quotations for the purpose of review, without written permission from the publisher.

Printed
in the United States of America

Many of the names in this book have been changed to protect the privacy of the individuals.

To Manisha Hope and Joylin

Since I had never written a book, I was nervous about “getting it right.” I asked friends, family, and brave souls in the “Book Club” at my church for volunteers to read the first draft and several were more than willing to scour the pages in search of “problems.” Their honest input has made Children of Dreams a much better story, and I am indebted for their encouragement and suggestions.

I also want to thank Joy and Manisha for giving me the time to write. Without their willingness to let me be alone to work and “wing it” for more than a few meals, I couldn’t have finished it. Thank you for being so patient.

Most of all, I want to thank my Lord and Savior, Jesus Christ, without whom this book would not be possible. He is the real “author” and “finisher.”

Hope deferred makes the heart sick, but when dreams come true at last, there is life and joy.

What does it mean to be adopted? As I look at my two beautiful, internationally adopted daughters, the definition becomes living and full of personal meaning, not just a two-dimensional word on a written page. Maybe what I want is not so much a definition as an understanding of the depths of its meaning on a spiritual level—the act itself of love, sacrifice, cost, and inheritance.

Today my children are ten and seventeen years old and as American as any other child born in this country. We live in middle class suburbia, I drive a “mommy van,” our refrigerator is full of too much junk food, my kids wear J.C. Penney clothes, and sleep on comfortable flannel sheets and memory foam pillows. Manisha has Christian teenage friends who come over and watch action-packed movies on our high definition, forty-eight inch television screen, and Joy competes at level seven on a girls’ gymnastics team. We are living the American dream. On the surface, we seem “ordinary,” but in reality, we are quite to the contrary.

My two children were orphans from third world countries. They came from destitute backgrounds without hope, clinging to a miserable existence. I asked my 17 year old daughter, “What does it mean to you to be adopted?”

“It means I didn’t grow in my mommy’s stomach but in her heart,” she responded.

Sometimes when we decide to write a book, it’s because there isn’t a book on the bookshelf that addresses what we want to read. I wanted to understand what it meant to be adopted by my heavenly Father. I searched the Scriptures for all the passages on adoption and thought about what it meant for me personally. The more I thought about it and looked for material, the more I realized how little extra-Biblical literature existed.

I prayed about writing my own book and started writing, but as I wrote, I realized I had to tell my own story. I imagined a beautiful book of how we became a family because I wanted to encourage others to pursue their own dreams of adoption. I wanted it to be a story of hope and fulfillment, but God’s adoption of us and the adoption of my children aren’t just beautiful adoption stories in the sense that most of us would think of as beautiful.

Mine is the story of the struggle to create a “forever family” as I endured lies, betrayal, sickness, delay, deceit, deception, greed, corruption, suffering, fear, abandonment, and sacrifice. Eventually, through perseverance and dependence on God, I received fulfillment. It soon became clear to me that the adoption of my children wasn’t that different from God’s adoption of us.

Jesus gave His life for us by paying the ultimate sacrifice at great cost to Himself—suffering on a cruel Roman cross after being abandoned by His closest friends and even God Himself. He suffered every human emotion that I had suffered, but even more so, and without sin.

Perhaps I did accomplish what I wanted, but just not in the way I had originally envisioned. I get teary-eyed when I think about it because I know what heartache and suffering I went through, which pales in comparison to what God has done for us. He has given me a great gift, because I am able to see how much God loves me through the adoption of my children.

In heaven, the Lamb will stand before the throne, in the midst of thousands upon thousands of angels, illuminating us with His holy presence. Only when Jesus breaks the seven seals and opens the scroll, which is the deed to the earth and all its inhabitants, will our entitlement be revealed.

The adoption of my two children was a hard-fought battle—trusting God, forgiving others, and fighting forces of evil that wanted to destroy me. Ephesians 6:10 states:

My earthly journey of adoption not only gave me the “Children of Dreams” I longed for, but it has shown me the inheritance awaiting us when we arrive in heaven through God’s adoption of us. My story begins many years ago….

…
and my daughters from the ends of the earth

As the plane soared high above the airport in Seoul, Korea, I stared out the window where the buildings and roads below looked like a child’s matchbox set. I felt alone but excited.

A beautiful three-year-old girl, Manisha, was waiting for me in Nepal. I pulled out my only three pictures of her and clasped them tightly. I tried to imagine the moment I would meet her. After eight long years following a painful divorce, would God finally bless me with a daughter?

As we left Korea and headed toward Bangkok, Thailand, the stewardess prepared the trays for dinner. My eyes became heavy as the muffled noise of the plane engine lulled me into a light sleep. Soon I found myself surrounded by stately dark walls and shadows. One voice pierced my heart.

“I took away her dreams.”

The words echoed through the judge’s chambers carving deep rivets in my soul. The streams of love had long since become a dried riverbed in my husband’s heart. The judge paused, taking in my husband’s lame confession. He had heard it all before. Williams vs. Williams was just one more case on his busy docket. I wished he could assuage my sorrow, but he couldn’t.

As the judge signed the divorce decree, I doubted I would ever be happy again. My husband had left me for another woman who carried his child. My dreams of becoming a mother lay in a discarded heap. Thirty years old, childless, and divorced, I was without hope. Feeling like a failure, could I believe God loved me and would heal my broken heart? Did God even care?

I had hit rock bottom and there was no place else to turn. I thought of what Corrie ten Boom once said, “There is no pit so deep but Christ is deeper still.” It was her ability to forgive the Nazis after World War II that so impressed me. How could she do that? How could she forgive those who had caused her sister and herself so much pain and humiliation? I desperately wanted children and didn’t want to admit that my ex-husband had just taken away my dreams.

Suddenly trays of food jostled by the vibrating of the plane startled me awake. Momentarily forgetting where I was, I glanced around and realized I must have slept.

“Where are we?” I asked the person sitting behind me.

“We are approaching Bangkok.”

Wow, I thought to myself. I really did sleep—like five hours. It would give me needed energy later, but I also missed dinner and my stomach was empty.

The plane set down on the tarmac in the darkness of night. I disembarked and got far more than I bargained for in Bangkok. I handed the taxi driver at the airport a card with the name of the hotel, the Europa Inn.

The driver nodded his head, and after mumbling a few unintelligible words, loaded my suitcases into his cab for what I thought would be a quick trip to the hotel. However, after an extensive tour of downtown Bangkok, my escort pulled up to a motel in what appeared to be the red light district. Neon lights flashed all around me and signs along the streets displayed seductive advertising. Surely the adoption agency wouldn’t have put me up for the night in a seedy hotel.

“This can’t be right,” I kept trying to tell the taxi driver, feeling uneasy.

He spoke no English and wanted his money.

I waved my hands again trying to explain, “I know this is not the right motel.”

He waved his hands back, “No English.”

I didn’t know what to do. As I stood exhausted contemplating my few options, he proceeded to dump my three huge suitcases out of the taxi. They were far too heavy for me to tote around. I wished I hadn’t packed so much, but I knew my problem was far bigger than that.

We had driven for an hour and I needed to be back at the airport in just a few hours. Was I that far away? I looked around to see if I could find someone that spoke English.

I ran into the motel lobby and shouted loudly at the attendant, “Does anybody speak English?” He stared at me blankly. A few raggedly-dressed Thai men were lounging outside the hotel. I hollered to them, “Do you speak English?” They looked at me curiously but didn’t say anything.

I ran back to my taxi driver and pleaded with him again, this time more urgently, “I know this isn’t right. You’ve got to take me to the right place. You’ve brought me to the wrong hotel.”

By this time the other Thai men walked over to see what the problem was. The taxi driver and the men carried on a long exchange.