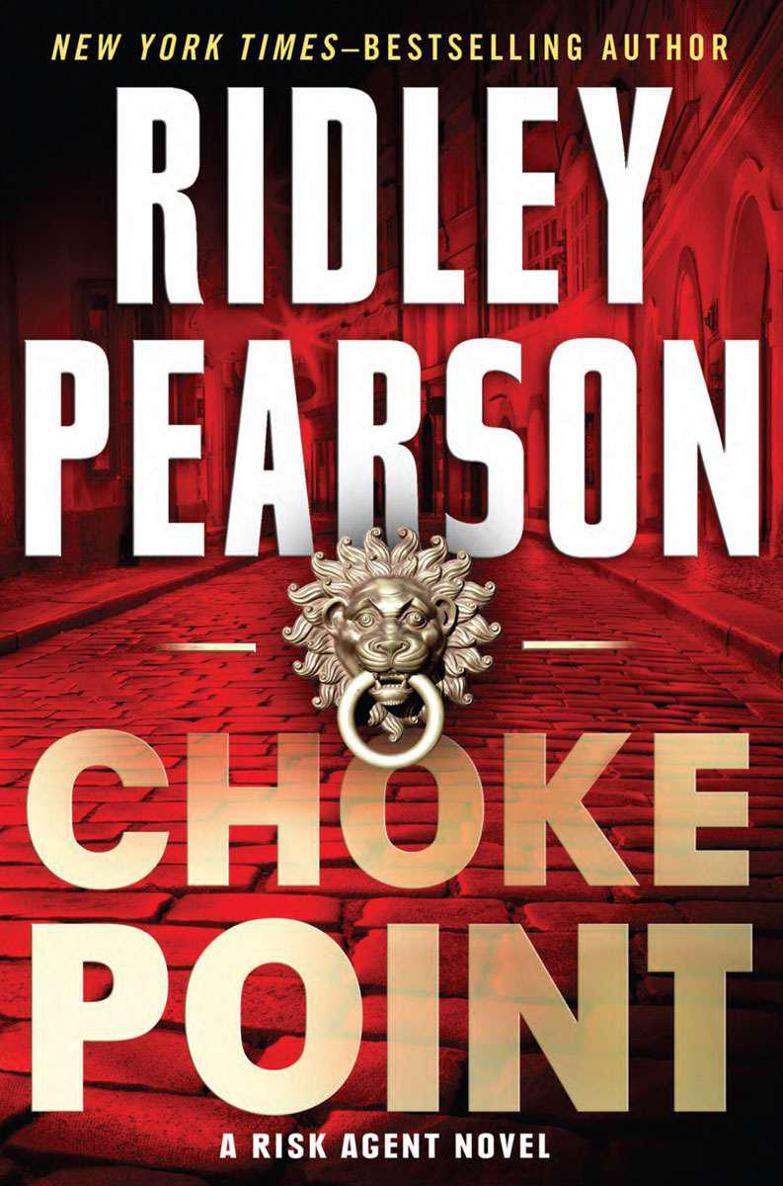 The Art of Deception

The Diary of Ellen Rimbauer

Peter and the Starcatchers
series

Thanks to the U.S. Department of State for sponsoring a speaking trip to Germany that allowed for research in Amsterdam. To Jen Wood and Nancy Zastrow for their help in the office. To David and Laurel Walters for the repeated copyedits. To Dr. Genevieve Gagne-Hawes for her brilliance. My editor, Christine Pepe. Agents Amy Berkower, Dan Conaway, and film agent Matthew Snyder.

And to Marcelle, Storey, Paige, Louise, Betsy, and Brad for keeping the family close.

T
he air is visible. It smells of camel dung and human sweat. It tastes worse. It comes in hot waves, stealing any appetite he might have had and stinging his eyes. Flies buzz past his ears and light on his face. He waves them away, his right hand a horsetail of constant motion.

The sun-soaked skin of the man who sits cross-legged before him looks shrink-wrapped over long, thin bone. Unflinching rheumy eyes stare back at him beneath wild white eyebrows. John Knox studies the man’s long flat-nailed fingers as they punch out numbers on a battery-operated calculator that serves as their translator—money, the only language spoken here.

The chess sets before him are things of beauty. Knox is offered such sets everywhere he trades; he’s tired of them. But these are hand-carved inlaid stone boards and intricately carved jade pieces—fine jade, not the cheap stuff. What they’re doing in Kairouan, Tunisia, is anybody’s guess. Knox used to try to think through such anomalies. No longer. He doesn’t care where they came from or who made them, just craftsmanship and price. Weight, sometimes, because shipping has gotten so expensive. Profit is not in quantity but quality. He needs to reach a price that will allow him to sell them for ten times cost. His mind grinds through figures—taxes, shipping, breakage, shrinkage. The merchant taps the calculator, signaling a new asking price. Knox blows away a fly and reads the number upside down.

It could have been a gust of wind, the touch is so light. A moth-eaten cat that appears by his leg offers another possibility. The poor thing looks like it was put in with the laundry and hung out to dry. But accompanying that touch came a sour odor. Not cat urine; something distinctly human. Trailing faintly behind, a pleasant, almost intoxicating, sweet warmth of milk chocolate.

It’s the chocolate that causes Knox to react reflexively. Turning as he does. He misses the boy’s left ankle but feels hairs brush the tips of his fingers.

Up and off the rug and into the melee of the market, the grit of sand against stone under his Tevas as he dodges the colorful robes and linen wraps that move about randomly, unintentionally blocking him.

The kid got his wallet belt. Sliced the nylon webbing with what had to be a razor—Knox takes note of that—and was gone. Just like that. Ten, maybe eleven years old, and with the uncanny touch of someone who’d done this for many years. And fast? The kid is Usain Bolt in miniature. Knox’s one advantage is height—able to leap tall buildings. He keeps his eye on this kid despite the kid pulling away from him.

They turn left down a narrow lane passing wooden birdcages stacked high, noisy colors darting around inside. A stall of stringed peppers like an astringent in the air. Silver bangles chiming in clumps on pegs while seashell necklaces clatter in the same breeze. The kid with blurred legs like the Road Runner.

The cash would be a loss. This is a buying day, the last of four days in the market, the first three devoted to research. A fat wad of bills he can’t afford to lose just now at a time when every shekel counts. But the passport is the most important. He’d rather avoid the U.S. Consulate if given a choice. Has no desire to spend another several days here awaiting the reissue. He’s heard a rumor of Queensland Boulder Opals arriving into Marrakesh by the weekend. Never mind that he must travel to Morocco to buy Australian gems—it’s a global economy.

The kid turns right: a mistake. Knox has him, unless he proves to be a good climber. That lane is a rare dead end, terminating at a tobacco café serving the best coffee in the city—which is saying something here. Knox increases his stride, coughs up some phlegm and spits—enjoying the aerobic hit.

He reaches for his waist pack that isn’t there.
Shit.
The kid has his knife. He slows infinitesimally; it doesn’t affect his speed, but it places his feet under him more substantially. If the kid is a pickpocket, fine. But there’s a larger possibility he is only to serve as bait to lead Knox into a real mugging and full robbery—jewelry, shoes, even teeth if they have gold fillings.

Two guys he can handle. If it’s more than that, he’s in trouble.

Doesn’t see the kid anywhere. Gone, like a special effect. Laundry hangs out to dry. Some fish suspended by the tail alongside the underwear. And his waist belt on a café table in front of an empty chair.

Knox skids to a stop, dust catching up with him from behind.

David Dulwich’s shoulders pull at the seams of the gray XXL T-shirt reading
OHIO STATE ATHLETIC DEPARTMENT
in cracked, silk-screened letters. His scarred hand engulfs the demitasse to where it looks like he’s drinking steaming coffee out of a white thimble. A torn-open Hershey’s bar rests by the ashtray.

“Really?” Knox says, working hard not to appear out of breath.

“Sit down,” David Dulwich replies, kicking back the empty chair.

The Decadent Duke by Virginia Henley
Chased By Fire (Book 1) by D.K. Holmberg
The War of the Roses: The Children by Warren Adler
Heretic (The Sanctuary Series Book 7) by Robert J. Crane
According to the Pattern by Hill, Grace Livingston
No Enemy But Time (A Brandywine Investigations Universe Story) by Martinez, Angel
Beautifully Broken by Shayne Donovan
Styrofoam Throne by Bone, David
The Last Collection by Seymour Blicker
Babylon Berlin by Volker Kutscher
Our partner