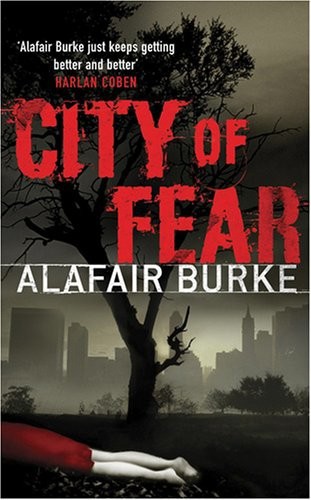 The Best Night Ever

The man leaned forward on his stool to make room for a big-boned redhead who was reaching for the two glasses of Pinot Grigio she’d ordered. He asked for another Heineken while the bartender was down his way, figuring he could enjoy a second beer before anyone in the restaurant bothered to take note of him.

He was good at blending into the background in even the most generic settings, but he certainly wasn’t going to stand out here, given the commotion at the other end of the bar. Four men in suits and loosened ties were throwing back limoncello shots, their second round with the group of girls that had brought the man to the restaurant in the first place. Actually, his interest was not in all three – just the tall blond one.

He was used to taking more time with his selections, but he needed to find a girl tonight. This would be his first time on a schedule, let alone a tight one. NoLIta had seemed as good a starting point as any. Lots of bars. Lots of booze. Lots of beautiful young people trying so hard to have fun that they paid little attention to someone like him.

He had been wandering the neighborhood for about half an hour when he’d spotted the trio crossing Prince Street, the blonde the obvious leader. The other two were nothing special: one average-looking brunette in average-looking clothes; the other, petite one slightly more interesting with her close-cropped black hair and bright yellow dress.

But it was the tall blonde who was a head-turner, and she knew it. She wore tight black pants and a low-cut red satin tank over a gravity-defying push-up bra. Topping off the ensemble was a well-placed V-shaped choker necklace – the equivalent of a vertical arrow sign hanging from her clavicle, instructing, ‘Direct Gaze Here.’ And her hair was perfect – long, shiny, white-blond waves.

He’d ducked into Lord Willy’s on Mott and perused the dress shirts while they’d passed, then continued his pace about forty feet behind them until they’d parked themselves next to the bar at Luna. Fortunately, the girls had been kept waiting for their eight o’clock table, so he’d had plenty of time to study the blonde up close before making a final decision.

He liked what he saw. He even had a chance to speak to her briefly when she split off from her friends to go to the restroom. That had been risky on his part. But her two gal pals were so smitten with the limoncello boys that they hadn’t noticed the exchange.

He felt a twinge of disappointment as the hostess notified the girls their table was ready. Then he heard a male voice. ‘Stay for one more shot.’ Apparently the men in suits believed that plying the girls with drinks was going to get them somewhere.

Instead, the short girl in the yellow dress handed one of the men her cell phone and asked him to take a picture of the three friends. Mission accomplished, the brunettes followed the hostess to their table with barely a thank-you to their liquor-pouring benefactors. At least the blonde gave them each a hug before she trailed along.

The decibel level in the bar area fell noticeably in the wake of the girls’ departure. The other patrons seemed relieved, but he took it as a signal to leave.

On Mott, he walked north toward Houston, forcing himself to adopt a leisurely pace. His car was parked only ten blocks away, and the girls would need at least an hour for dinner.

He had plenty of time.

Somehow Stefanie Hyder always knew that her friendship with Chelsea Hart would lead to a night like this.

Since the day Stefanie had been introduced to her second-grade class at Fort Wayne Elementary as the new girl from Miami, the two had been inseparable. By the end of Stefanie’s third week, she had earned her first-ever detention after the girls were caught reading Judy Blume’s
Wifey
on the playground. As planned, the girls insisted they’d mistaken the book for the sequel to
Blubber
, but Chelsea had already earned her reputation with the teacher.

Over the course of the intervening years, Stefanie had survived her fair share of Chelsea-induced drama. Chelsea tapping at her window, well after curfew, cajoling her to sneak out for a forbidden cigarette. The R-rated games of truth or dare that Chelsea invariably initiated at middle-school parties. Rocking a sobbing Chelsea to sleep after Duncan Gere snubbed her in the ninth grade, despite the previous weekend’s activities in the backseat of his father’s SUV. Hitchhiking home from a frat party in Ann Arbor their junior year.

Chelsea was trouble, no question. Stefanie’s mom lovingly called her the Notorious B.I.C., short for Bad Influence Chelsea. But she had a spark that made her recklessness endearing and infectious, and she was unfailingly loyal, and so over the course of the past ten years, she and Stefanie had remained fast friends.

They even chose the same college, where they were now suite mates. Stefanie’s parents had warned her not to be surprised if she and Chelsea went their separate ways at Indiana University, but here they were in New York City, spring break of their freshman year, as tight as ever.

Until this final night of the trip, Chelsea had more or less kept her most impulsive ways in check. At Stefanie’s insistence, they had hit the Metropolitan Museum of Art, MoMA, and the Guggenheim. Jordan, who lived down the hall from them at school, hung on to all of the admission buttons for the scrapbook she promised she’d be assembling back home. They also made a point of seeing a different neighborhood every day: Upper East Side, Upper West Side, Midtown, the Village, SoHo, even Chinatown. By the third day of their trip, they were relying on subways instead of taxis, and by the fifth, a stranger stopped them on the street for directions.

If it had been up to Stefanie, they would have turned in early after dinner, happily sated with pasta and gelato, but Jordan agreed with Chelsea that their last hours in Manhattan should not be squandered. They wound their way through Little Italy into NoLIta, across SoHo, and up the West Village into the Meatpacking District. Jordan insisted they hit a club called Pulse because, according to
US Weekly
, Jared Leto had celebrated his birthday there three weeks earlier.

Thanks once again to their fake Indiana driver’s licenses and Chelsea’s megawatt smile, they had made it past the red velvet rope and through the club’s heavy wooden double doors. Stefanie had to admit they had entered fifty thousand square feet of nightlife paradise. The DJ worked from an elevated booth surrounded by stagelike platforms. Cameras projected the dancers’ images throughout the club in staccato sync with the music. The centerpiece of the club was the twenty-five-foot pink-lit runway protruding from the bar.

Even on a Sunday night, the place was filled to capacity. With Jordan leading the way, the girls nestled into a pocket of space adjacent to the dance floor. Stefanie had taken only one sip of the club’s signature martini – a toxic concoction that tasted like Robitussen-infused lemonade – before she noticed Chelsea talking to a guy with blond floppy hair. Catching her eye, Chelsea pointed excitedly to the white curtains that set off a VIP lounge from the rest of the club, then disappeared through the curtains behind the blond.

Stefanie hesitated. She hated the way her friend was so open with strangers. Chelsea, despite her occasional lapses in judgment, was a good and decent person at heart, and so she automatically – and carelessly – assumed the same of others. Still, as usual, Stefanie and Jordan followed Chelsea where she wanted to go.

Stefanie began to sense what was coming around one o’clock, when she noticed both the time and Chelsea’s glassy-eyed wobble. She pointed to her watch, but the gesture proved too subtle. Forty-five minutes later, she went so far as to follow Chelsea onto the catwalk to tell her it was time to go home. The only reward for her efforts was two songs’ worth of swaying her hips with her hands undulating stupidly above her head.

Finally, at two-thirty, even Jordan was done. She joined Stefanie in the backward time calculations. Seven a.m. flight. At the airport by six. In a cab by five thirty. Wake-up call at five – five fifteen at the very latest – if they packed tonight and skipped showers. They’d get little better than a two-hour nap if they left right now. It was definitely time to call it a night.

Stefanie found Chelsea dancing on a banquette, her floppy-haired companion replaced by a tall, skinny guy with an angular face. He was passing Chelsea another highball glass. Chelsea grabbed Stefanie’s hand and tried to coax her onto the banquette, but Stefanie matched the gentle force of the tug until Chelsea simply pulled her hand away.

‘Come on, Chels,’ Stefanie yelled over the music. ‘We still need to pack. Let’s go.’

Chelsea looked at her watch, then grimaced and shrugged. ‘No point in sleeping now. Looks like we better make it an all-nighter.’

‘Two against one.’ Stefanie used her index finger to pull back the curtain closing off the private room so Chelsea could see Jordan slumped over her black patent leather clutch purse on an ottoman. ‘You’re the weak link. Time to go, babe.’

She pulled again at Chelsea’s hand, and once again, Chelsea jerked away. Stefanie heard a male voice ask, ‘Why do you have to be such a drag?’

She turned to take a closer look at Chelsea’s most recent dance partner. He was about six feet tall, probably in his mid-twenties. His brown hair was gelled into a fauxhawk. He wore straight black pants, pointy black shoes, and a white shirt with a thin black tie. Stefanie shot him her best death stare, then returned her attention to Chelsea.

‘You mean Jake? He looks like Jake Gyllenhaal, don’t you think?’

Stefanie didn’t waste another second on the guy. ‘We’ve had a good run, Chels. But really, we’re leaving.’

Stefanie stole another look at Jordan, who was on the verge of sleep despite the thumping bass notes vibrating through the glossy white wood floors.

‘Don’t be ridiculous. We’re not leaving without you.’

‘I’m fine. I’ll be back in time for the flight. I promise.’ Chelsea downed the last of her drink, gave her a Girl Scout’s pledge sign, then brought her hand down for a mock booty slap.

Chelsea laughed. ‘Of course not. I’ll take a taxi. I just want to dance a little longer. This is like, the best night ever.’

Stefanie looked around the club and realized she had no hope of persuading Chelsea to leave with them.

Chelsea jumped off the banquette and gave Stefanie a quick hug. ‘Yes, Mom. And credit cards.’

‘Obviously not. I’ll come straight back, closing time at the very latest, right?’

Following Jordan out the double doors of Pulse, Stefanie tried to settle the uneasy feeling she still carried. Last call was in an hour. What was the worst that could happen?

She did not notice the blue Ford Taurus parked half a block down. Nor could she know how happy the car’s driver was to see the two brunettes leave in a cab together, without their friend.

The Night Listener and Others by Chet Williamson
The SEAL’s Secret Lover by Anne Calhoun
Dark Wild Realm by Michael Collier
Sleeping Beauty by Judy Baer
The Plug's Daughter by Michelle, Nika
Winter Gatherings by Rick Rodgers
PRINCE IN EXILE by Ashok K. Banker, AKB eBOOKS
No Enemy but Time by Evelyn Anthony
The Song Dog by James McClure
Fractured by Kate Watterson
Our partner