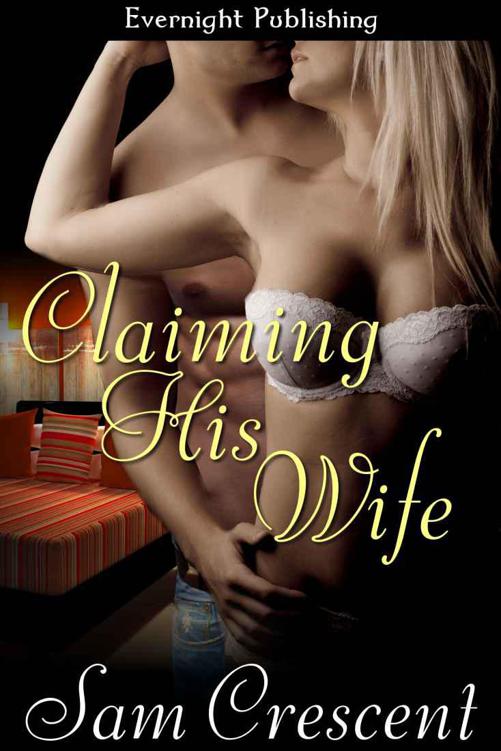 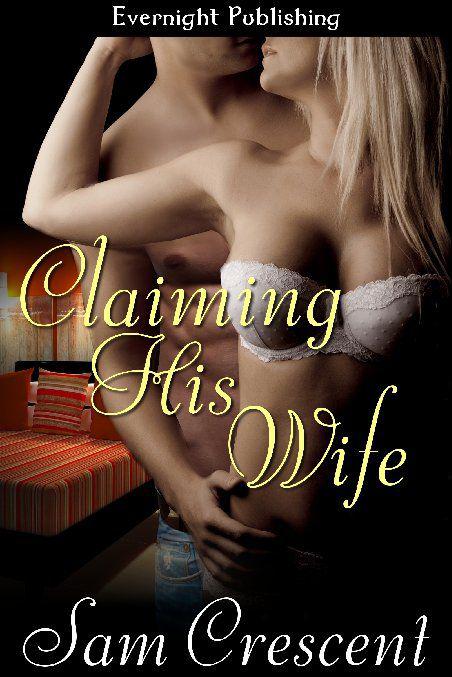 WARNING:
The unauthorized reproduction or distribution of this copyrighted work is illegal.  No part of this book may be used or reproduced electronically or
in print without written permission, except in the case of brief quotations embodied in reviews.

As always I would like to thank my family for giving me the time and support to write the stories that come into my head. Also to Evernight Publishing for giving them a home. I appreciate everything you do.

Opal watched, happy that Tony had stood up and stopped the fiasco. What she didn’t expect was her brother’s instant reaction. Richard got up from his seat, walked over to his friend and slammed his fist in Tony’s face. She screamed as blood came out of his nose. He didn’t defend himself.

“Have you been touching my fucking sister?” Richard snarled. The whole church erupted.

She took a quick glance around at everyone staring. Her parents rushed to her brother.

“Could you stop making a scene and take this conversation somewhere private?” her mother said.

Biting her lip, Opal went with them into the private chambers of the priest.

Charles stood behind her, and she felt his presence, which made her shiver with revulsion. Why had she allowed herself to be convinced marrying him would be a good idea?

Her life would be so much easier if she could stick up for herself and not worry about the thoughts of other people.

Richard looked like he was going to kill someone. Tony used his shirt to clean the blood off his face. She hoped his nose wasn’t broken.

“What the fuck is going on?” Richard asked.

“Everything.” They both spoke at the same time. Opal blushed as Tony glared at her. “Could I speak with your sister alone?”

“I’ve just taken a punch in the face. The least you can do is give me a few minutes alone with Opal.”

After a few seconds, Richard left, taking her parents and Charles with him.

The moment the door shut she turned to Tony. “I’m really sorry.”

“Don’t be, Opal. We haven’t got much time. The safest solution is you marrying me,” he said.

“Tough luck, sweetheart. Do you really think your parents and Charles are going to let you walk out of here scot-free? If I don’t make a claim to you right now, by the end of the day you’ll be married to that fucker.” Tony looked livid. Tears sprang to her eyes as the predicament she was in became apparent. Her parents wanted the marriage to take place to solidify their own future in the business industry. She didn’t know a lot about the business. Her training had consisted of learning to keep her mouth shut and look as pretty as possible. The diet she’d been forced on to fit into the wedding dress had been awful. Another aspect of control in her life.

“Don’t cry. Now, I’ll marry you and get you away from him, but that’s it. Do you hear me? You’re too young, and when you’re ready you can divorce me.”

“What happens in between?”

“We live our lives the way we want. I’ve been a single man for some time, Opal. I don’t want to stop being the man I am because of you.”

They called her family in, and Tony took over with the discussions. She kept her tears at bay. Their argument washed over her and made her feel less than a foot tall. Every person in the room treated her like a child in their own way. She didn’t know how to break free from it.

“I’m not leaving here without a wife,” Charles said. The first real sign of possession.

“You’re not having what’s mine. You have been spoon fed, pretty boy,
and
I bet you’ve never fought your own battles,” Tony said.

A few hours later, Tony sat in his friend’s office talking about his upcoming wedding.
Wayne
sat in the corner keeping his thoughts to himself. Tony felt trapped and thankful for being the one to come to her rescue. Opal had grown up into a beautiful young woman. At twenty she was so young, he wouldn’t dream of touching her. Ironic considering he was about to marry her.

Why had he stood up in church? His feelings have never gone anything past friendly care for the younger woman. What had happened from the time at the bottom of the church garden to seeing her being taken by another man?

For years he’d known she had a crush on him. Nothing embarrassing. At least not to him. She would sit and talk with him when they were younger, her blushes appeasing his ego. Opal was the girl, or woman, he always felt would be there forever. Seeing her at the front of the church had immediately struck a chord inside him. The moment she married that fucking jerk-off, all of her smiles and sweet kisses would be for her husband. Never would he walk into a room and be the first person in her world.

He couldn’t handle it, and what confused him the most was – why did he care?

She was twenty years old. Seventeen years younger than he.

“If you don’t marry my sister, you could ruin her reputation. The very fact you stood up in church and disputed it makes people wonder what went on between you,” Richard said cutting into his own confused thoughts.

“I’m going to marry her. I promised her.”

“Good. I want to know, and as my friend you better not fucking lie to me, have you touched or done anything with my sister?”

“No. For God’s sake, Richard. This is me you’re talking to.”

“And you don’t have the smoothest of reputations when it comes to women,” Richard said. “She’s a lot younger than you and in no way ready for your type of shit.”

“Younger than me. That’s a bit like calling the kettle black. Scarlet is a fucking baby, and you still took the time to fuck it.”

“Clearly something is going on here, and you two arguing about your women isn’t going to get the job done. I, for one, want to go home to my wife and children. Instead our families are parked outside that door waiting for some arrangement,”
Wayne
said. “I don’t know what’s going on, and I don’t care. Tony has said he would marry her, and we’re supposed to be here to work out the details.”

“Where’s Opal? She deserves to hear us working out her life,” Tony said.

“She’s already been through enough. We’ll figure everything out.”

The next hour they came up with the prenuptial agreement. Tony knew from the way it read that it gave Opal an out whenever she needed. If at any time she wanted to leave, Tony would make sure she was settled. They called her in, and he watched as she twirled her hands in her lap.

She nodded and agreed, signing the form. Tony signed his bit and watched her leave.

Three weeks later they were married. The ceremony was held in a registry office. He didn’t take her on a honeymoon and spent as little time as possible with her.

Opal Shaw stared down at her wedding ring.

No, Opal Hunt.
She was a married woman.