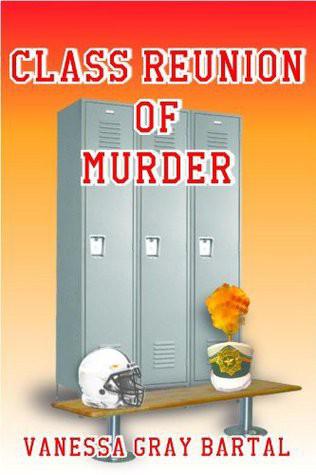 This is a work of fiction. Names, characters, places, and incidents either are the product of the author’s imagination or are used fictitiously. Any resemblance to actual persons, living or dead events, or locales is entirely coincidental.

Lacy Steele was a stalker. There was no other way to describe her over-the-top interest in Chester Campbell. Every year of high school, her crush had grown stronger until at last it was unbearable. Today it was worse than ever because she couldn’t stop staring at him. The way he worked that tuba was something. Usually Lacy was in front of him in the clarinet section, but because of a morning trip to the orthodontist to have her braces tightened, she was out of marching band practice for the afternoon. She could have gone home; she should have. But she couldn’t tear herself away from the mesmerizing sight of Chester and his tuba.
Such
grace
.
Such
power
.

That was Lacy’s last coherent thought before she did a face plant in the dirt behind the bleachers where she had been hiding to watch Chester.

“Geez, I’m so sorry. Are you okay?” Strong hands wrapped around her biceps and pulled her to a standing position, and Lacy came face to face with Jason Cantor.

She frowned as she brushed herself off and shook free of his grasp. Girls were always falling all over themselves for Jason Cantor; Lacy didn’t want him to think she had been trying to get his attention when in reality she had been spying on Chester. “I’m fine,” she said. The words emerged with a slight spray of spittle. She
always
spit and lisped the day she had her braces tightened.

“I wasn’t hiding,” Lacy lied. She soothed her conscience by telling herself that she hadn’t been hiding from him. That was probably what he meant anyway. He was freakishly good looking, one of those jocks who never went through an awkward developmental phase. Not like her and Chester. They were still in that awkward phase—just one of many things they had in common. Jason, on the other hand, had the well-developed body of a full-grown man. In comparison, Chester was scrawny. But he must be stronger than he looked because tubas were heavy. And he had inner strength, something she was sure Jason knew nothing about. How could he have a strong moral character when the worst problem of his life was deciding which member of his fan club to take out on a Friday night?

“I had my braces tightened. It makes me talk funny.”

“Does it also make your lips swell?”

She reached up to touch her now puffy lips. She must have landed on them when she hit the ground, but they already hurt so much she couldn’t tell. “Aw, man,” she muttered.

Why was he still there and talking to her? Was he somehow making fun of her? He couldn’t truly be nice enough to care about her lips, could he? “Shouldn’t you be on the field?”

“I am. I wike to tawk babytawk. It’s my thing.” She swallowed something that tasted a whole lot like blood. Her swollen, grotesque mouth must also be bleeding. Great.

He chuckled and used his index finger to scratch his temple. “I’m, uh, not sure what to do with you.”

“I could send one of the trainers with some ice.”

Lacy shook her head. She was afraid to speak again, afraid of how it might sound now that her lips were swelling to four times their normal size.

She nodded and tried to force a smile but her lips wouldn’t respond.

He shrugged as if to say he had tried his best. He began to trot toward the football field. “See you, Macy,” he called. “Sorry again.”

She waved as she watched him go. “It’s Wacy, dummy,” she muttered. “Wacy,” she tried again. “Wacy, Wacy, Wacy, aw man.” She had wasted precious Chester-watching time on her inane conversation with Jason Cantor. Abruptly, she turned toward the field, ran into a light pole, and knocked herself unconscious.

Eight years were too long to wait to make things right. Eight long years of daily torment and uncertainty that would soon come to an end. The task wouldn’t be easy; it would require meticulous planning, but that was no problem. Early arrival at the hotel guaranteed that everything would go off without a hitch. Preparation--that was the key to life.

The town looked much the same as always except for the burgeoning downtown. The Stakely building had been renovated, new businesses abounded. If not for the grim task ahead, there might have been much more satisfaction in the homecoming. As it was, there was no room for distraction.

Another tour of the hotel to make sure everything would go as planned; there could be no room for mistakes. One detail remained a concern, rather one man. Jason Cantor was a detective now and he was sharp. What if something was missed? What if everything didn’t go as planned? What if Jason found out?

If that was the case, then Jason would be dealt with. There could be no room for failure.

One eye peeped around the tree. The car was still there, still following, still chasing. She had to make it home; she
had
to. Her shoes came off and, one by one, her toes sank into the cool grass.
Do it, do it now. Go!
Taking a deep breath, she left the safety of the tree and ran. The car increased its speed, or maybe it was her overheated imagination. Giving up on decorum completely now, she left the safety of the trees and darted pell-mell through lawns and over hedges. Her lungs were on fire—she had never sprinted so fast. At last she reached the safety of home, tore open the door, and tossed her shoes aside. She slid into the kitchen and yanked open the freezer and cupboards, tossing ingredients haphazardly into a pot. She thought he would knock; she was wrong.

Lacy yelped and jumped aside as a can of mushrooms clattered to the floor, missing her bare foot by a narrow margin. She bent to retrieve it, panting. Though her run had ended a few minutes ago, she had yet to recover her breath. She stood upright and plastered a smile on her sweaty face. “Hi there.”

“I love that we’re in that new relationship phase where the sight of me still makes you hot,” Jason said.

“What? What are you talking about?”

“I saw you poking your head from around that tree. Here’s a tip: when you’re trying to hide, you might want to cover your hair. I thought the oak tree was on fire, nearly ran my car into a ditch.”

“I was not behind a tree. I was here, cooking dinner. I’ve been here all day. Frankly, I’m exhausted.” She fanned her face some more. Her story might sound more plausible if she weren’t wheezing. “Cooking is quite the workout,” she added.

She felt for it, plucked it out, and tossed it in the pot. “Cinnamon. I was wondering where that went.”

He advanced on her, cinched her close, and ran a hand down her thigh.

“Wh-what are you doing?” she asked, not that she was complaining.

“Checking to see if your pants are on fire because you’re such a liar.”

“I’m not a liar. Hello, I’m in my kitchen and supper is cooking,” Lacy protested.

“What are the chances you would believe this is an induction burner and therefore cool to the touch?” she tried.

He quirked an eyebrow.

“I promise I did not forget our date. I watched the clock all day, but apparently the battery died. It took a long time for me to realize it was two o’clock for four hours. I’m woefully unobservant; it’s practically a disability. You can’t hold that against me.”

“I’m pretty sure I can hold anything I want against you,” he said. And since he was what was being held against her, she didn’t protest. “There are some women who obsess over their men. For some of these fabled individuals, time spent together is the highlight of their lives. You’ve forgotten me three times in the last two weeks.”

“I have not forgotten you. Things have been crazy busy at work. Maybe I was a little bit late once or twice.”

“I showed up in your office a half hour after our last date was supposed to begin, and you still had no idea why I was there,” he reminded her. “And I was holding flowers.”

Her arms slid around his neck. “I feel horrible. How can I make up my neglect?”

He smiled and a thrill of anticipation stole up her spine. “You ask the best questions.” He leaned in to kiss her. Since she wasn’t wearing shoes, she had to stand on her toes, but as she shifted, she paused.

“I smell tacos,” she muttered.

“No, you don’t,” he said. His lips moved coaxingly against hers.

“Yes, I do.” She rested her hands on his shoulders and peeked around him. “Hey, you brought tacos.”

He dropped his arms as she moved away. “And I’ve lost you to food. Again. Always keep the tacos in the car; you’ve got to think, Jason.”

“I can’t believe you brought tacos when I promised to cook for you. Where’s your faith?”

He jangled the pot of frozen chicken on the still-cold stove.

“Oh, right. Good thinking.” She stood on her toes again as she opened the bag. “A full bag! You are the best…” she stopped short of saying
boyfriend
and focused on the bag of food again. They hadn’t defined their relationship and Lacy didn’t want to be the first. “You are the best,” she reiterated as if it was what she meant to say all along.

“I really am,” Jason agreed. “I got beef and chicken, and some of that guacamole you like. I’ll eat whatever you don’t want.” He gathered the bag in one hand and her in the other and took them both to the living room.

“What are we doing?” she asked.

“I don’t want to be separated by a table,” he explained.

“How come we never do this at your house?” she asked.

“Sometimes when you talk, our relationship starts to make more sense,” she said. Jason had his own level of quirkiness, but he was better at hiding it. Usually. He sat and pulled her down practically on top of him. He placed the bag between them and started to unload.

“This is going to get messy,” she warned.

He paused. “I have a stain stick in the car,” he said and resumed setting out the food.

“You’re cute,” she said. She took the guacamole and opened the lid, inhaling. “The Italian place really knows their guacamole.” She loaded a chip and held it out to him. He grimaced and shook his head.

She gave up and ate the chip, wondering if the real reason he didn’t eat those things was because they were too sloppy. “Do you eat wings?”

He shook his head. “Sticky fingers,” he said.

“How did you survive football? I wasn’t the most observant fan, but from what I remember, there were some rainy, muddy nights.”

“A peroxide paste takes out even the worst stains,” he said. Noting her amused expression, he continued. “That was a rhetorical question, wasn’t it?”

She nodded. “Let’s never do laundry together,” she said. She barely separated the whites from the darks; he would be horrified.

“Agreed.” He offered her a bite of his taco and she traded him a tortilla chip.

“When do you think we’ll be out of this adorable new-relationship stage?” she asked. For the last few weeks, they hadn’t disagreed over anything and they couldn’t seem to get enough of each other.