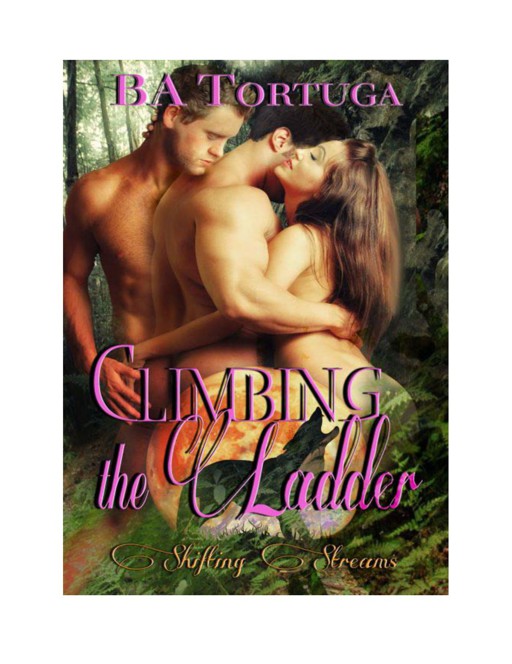 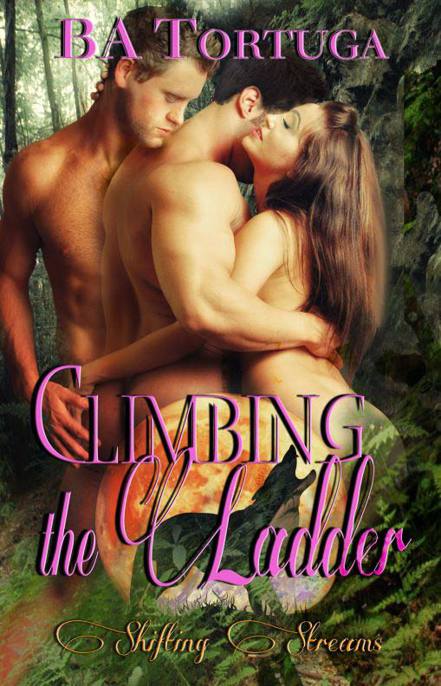 Warning: All rights reserved. The unauthorized reproduction or distribution of this

infringement without monetary gain, is investigated by the FBI and is punishable

This is a work of fiction. Names, characters, places and occurrences are a product

of the author’s imagination. Any resemblance to actual persons, living or dead,

places or occurrences, is purely coincidental.

“Congratulations, Mesa.” Grandma Minnie smiled at him, clapping him on the shoulder.

The other elders gathered around, offering happy noises and claps on the back. They were all

very tickled for him, happy as pigs in shit.

At least as happy as they could be, with Ben disappearing one afternoon a month ago

with Susan, David slitting his wrists a week later, unable to do anything but cry their names. It had been Mesa who had found the two bodies, desiccated and still, their throats torn out. Ben had been a good Alpha, strong. Mesa couldn’t imagine what could do that sort of damage.

Couldn’t imagine how to defend his Clan from it, either.

“Such serious thoughts.” Granny winked at him, but her eyes were worried, too.

“Mesa! You did it!” One of the pack females—Alicia, he thought her name was—leapt at

him. He tried to catch her, but after the last few days of visions and fur and fang, he didn’t have it in him, and she ended up slumped against his body. “You did it! We’re so proud, all of us. You can choose a woman now, move into the big house. You must be so excited!”

She certainly was, eager and aroused, rubbing against him.

“I guess.” Mesa didn’t particularly care. He was exhausted, his muscles shaking. He

wanted a nap, a beer and a shower, and not in that order. Hell, he just wanted to go off and lick his wounds, which were pretty extensive, considering he’d just passed his Alpha trials. The trials were designed to test all of his abilities, physical and mental, and he was wiped out. He’d passed, though.

One of the youngest tribe members to do it, too.

“You’re a full Alpha now, son.” Grandma Minnie hugged on him, her teeth dull and

round from years of use. “I’m so proud.”

“Thanks, Granny.” He loved the old lady. He really did. Too bad, she was squashing a

six-inch gash on his shoulder. He was going to have to tell Canyon off for that one. The cut

above his eye was his own fault. He’d fallen down like a cub at the end of the final run.

“Well, boy, what are you going to do now?” Grandpa Moses asked, coming to peer into

his face with those bluish cataract-filled eyes. The old man had never been his biggest supporter, but had cheered him on like a champ today.

Even after all of Mesa’s trials, and all his bitching about wanting a bath, his thoughts

went to Kody, just as he’d known they would, and Mesa squared his shoulders. He was sick to

death of missing his best friend, and now that he had the resources of the entire pack behind him, he was ready to get his life back where he wanted it.

“I’m going to clean up. Go tell Juniper I passed and tell Canyon I need to see him.” He

grinned, making Grandma Minnie hoot when she saw his expression.

“Then I’m going to go get my mate back.”

“Hey, Sammy!” Becky waved at her from the patio of Tapatilia’s. “Margaritas are

God, she did love a lunch date. “Excellent.”

She slipped into the chair and put her bag down by her legs. She’d flown in to LAX mid-

morning and had headed into the office to check emails, all that garbage. Then she’d called

home, made sure Kody was back from his weekend, and promised to bring some bubbly for

“With the nanny today, thank God. I needed my girl time. How’s business?”

She shrugged. “It could be better. You know.”

Becky nodded. Her husband was an investment guy and the recession had kicked the

man’s butt there for a little while. “I do. How is Kody?”

Even after two years, Becky’s nose still wrinkled when she asked about Sammy’s

husband. The worst part was that it wasn’t just Becky. It was Becky, Meg, Ginny. Steph. All of them.

They just couldn’t see how amazing Kody was, how wanton, how he took care of her.

“He’s great. He just got home from a gig in San Jose.”

“How is the fortune telling business these days?”

“It’s good.” She sighed, stared at the lunch menu. This wasn’t supposed to be nasty,

damn it. This was supposed to be lunch.

“I’m sorry, Sammy. That was mean. Kody’s a sweetheart, you know that.”

“I do. I just wish you guys would give him a break.”

want to check her do. Kody liked it darker, though, more natural. He said the hair color smelled bad, even after a wash. “We try, Sammy, but, good God, you brought him home from a fair. He

didn’t have a house!”

No, but neither had she, once upon a time. None of these people knew about her

upbringing, about the foster homes, the homelessness, the shame. Kody had –known—magically,

Kody had known and not cared.

“Two years ago. You said your piece. You all told me what a big mistake I was making.

Now he should have proven himself.”

She held one hand up, tired of the conversation. “Enough, okay? No buts. I love him. He

And she’d never been so happy, so free. So loved for exactly who she was.

She ordered a Cobb salad, texted Kody, then turned the conversation to something easier.

“Are you going to host another Halloween party this year? We’re thinking about ordering Red

Riding costumes, since we’ve got plenty of time.”

She listened with half an ear, her mind already home with her lover, his hunger, his need.

He’d made four loaves of bread—enough for the week’s lunches, plus three dinners, and

one loaf for Sammy to take to the office for the potluck.

Now, apple crisp or a coconut cream pie? They both sounded good, and Sammy loved the

coconut, but the apples were in season now. So yummy. And the cinnamon would make the

There was something very nice about snuggly Sammy. Hot. Spicy, like the cinnamon.

Kody growled happily, peeling the apples and indulging in a little fantasy about Sammy’s

his fantasy, a scent that had his nose quivering. It was familiar…

His nose twitched and he put the apple down, whining deep in his throat, following his

He headed toward the back door.

The scent got stronger, and he identified it as male, musky, almost addictive.

Kody pushed the hair out of his face, moved the curtain from the back door. The door

popped open, all but knocking him down. It wasn’t Sammy. Not at all.

He was chasing the moon.

Huge and beautiful and dark and strong. Male. Fierce. Grinning at him like a monkey.

“I am.” Mesa smiled, the expression pure wolf. “So are you.”

Even after three years, he remembered exactly how good Mesa smelled.

“I passed, baby. My trials.” He could see Mesa’s hands flex, as if to keep from reaching

for him. Or maybe preparing to.

“Oh.” He whined softly, his body going immediately, painfully hard and he took a step

forward, wanting his mate more than almost anything. Almost. “I… But there’s Sammy.”

“Sammy. Who the fuck is Sammy?” Mesa’s growl vibrated all the way down Kody’s

spine, as if someone had hit a tuning fork against his bones.

He held up his hand with the wedding ring. He hadn’t believed Mesa would come for

him, had thought, when the moon led him down out of the mountains, that he would never be

He could almost hear Grandma Minnie’s laughter in his soul.

He chirruped softly, head tilting. “Why would I marry a man?”

“So, Sammy is a girl?” Mesa was starting to smile, a look Kody knew well. It was sex

and need and pride and pleasure, all at once.

“We’ll have to bring her with us.”

“Oh.” He stepped forward, vibrating. Those words were his most hoped for wish, spoken

Mesa closed the rest of the gap between them, hand behind Kody’s head to pull him up

Broad and fierce, Mesa felt like heaven against him, growling, mouth hovering right

above his lips. Kody sobbed in anticipation, hands spreading over Mesa’s chest.

“Need you, baby. Waited so long.” Mesa kissed him, just like Kody wanted.

Everything inside him howled. Mate. His Mate. His Alpha. His Mesa.

They rubbed together, Mesa’s leg sliding between his and lifting. Ached. It ached so

Those big hands closed on his ass, squeezing, and his cock jumped, his need tripling,

His fingers tangled in Mesa’s thick, black hair, holding them together. Mesa was going to

devour him, just eat him alive. He’d missed this, the flavor of his best friend, for years.

He heard a soft sound, then “Kody? Kody, what the hell?”

Mesa lifted his head, teeth bared in a growl. “Who is this?”

In all the scenarios Samantha had came up with for her homecoming this afternoon,

walking in on her husband in a clench with another man hadn’t been on the list.

The champagne bottle fell to the floor and rolled.

The two men, her Kody, someone she’d thought she knew, and some big, dark guy with a

hefty snarl, stared at her. Like she’d interrupted or something. Like she should have politely waited outside her own house for them to finish.

Nights Embrace (Others of Seattle) by Rivers, Brandy L
Jericho (A Redemption Novel) by Ginger Jamison
King Kobold revived-Warlock-2.5 by Christopher Stasheff
CRAVED (By the Alpha Billionaire #1) by St. James, Rossi
The Scarlet Wench by Marni Graff
Spiking the Girl by Lord, Gabrielle
Lightning by Bonnie S. Calhoun
Rex Stout by The Mountain Cat
When Shadows Fall by Freethy, Barbara
Coca Kola - The Baddest Chick by Santiago, Nisa
Our partner