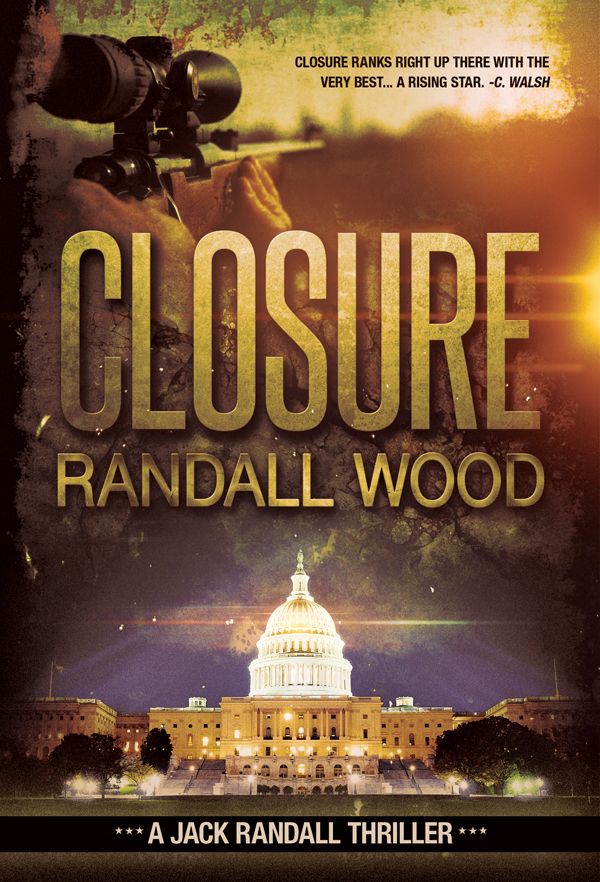 This book is a work of fiction. Names, characters, businesses, organizations, places, events and incidents either are the product of the author’s imagination or are used fictitiously. Any resemblance to actual persons, living or dead, events, or locales is entirely coincidental.

All rights reserved. Printed in the United States of America. No part of this book may be used or reproduced in any manner whatsoever without written permission except in the case of brief quotations embodied in critical articles or reviews.

and the portrayal of the screw are registered trademarks of TensionBookworks.

The state of Alabama holds 29,253 inmates in its prisons.
Approximately 20,000 are repeat offenders.

T
he shot was not a difficult one; two hundred meters through some hardwoods according to his rangefinder. He had made others at a much greater range. The wind was blowing left to right at about five mph. Everything said this was the lawyer’s last day; if he showed up.

He marveled at how perfect the spot was. He had selected it during the second week of observing his target. A wooded area of about twenty acres, it was being developed for more urban sprawl. The bulldozers were quiet this morning, but would start at nine a.m. sharp so as not to violate the local noise ordinance. The closest one was still three acres away over a low rise that served to block any view of him. He hoped his target wasn’t early this morning as he was counting on the noise to cover his shot.

He ignored the sweat running down his face and focused through the scope on a young girl in her BMW. He could clearly see the diamond earrings in her ears; no doubt a gift from daddy. Probably came with the car. She was parked at the same spot where he hoped his target would arrive; first car at the light. Although second, or even third was within his sector of fire. First car was preferred as it provided a safer angle. He didn’t wish to hurt anyone downrange of his target. You never knew when a jogger would run by; they were anywhere and everywhere.

A cell-phone suddenly blocked his view of her ear. Luckily, his intended target was right-handed. A cell phone would only have a chance to deflect his round
after
it had done its job.

The bulldozers rumbled to life. Sounded like at least two, plus the brush-hog they had been using yesterday. Time check: 8:55, a little early, but not enough to upset the rich suburbanites in the gated community next door. The high wall around the homes kept most of the noise out anyway. He would have to observe the intersection constantly now; he could no longer hear the approaching vehicles.

After its twenty-two second wait, the BMW with the teenager moved on, oblivious to the fact that a high-powered rifle had been aimed at her head for the last half a minute. No sign of the lawyer. That was okay. His latest time, so far, was 9:32. Another half hour was nothing compared to the days he had waited to get his shot in the past. The lawyer would be along; he never missed a day of golf. He took a drink from the water bottle he had brought and settled back. The Florida sun was rising fast and the day promised to be another scorcher. His camouflage one-piece coverall didn’t help, nor did the face net and wide-brimmed hat he had on either. Face-paint was not an option on this shoot. The sweat would only help things later.

One of Florida’s cow ants walked across the ground in front of him. The things were huge, a good inch and a half long, orange and black with one nasty bite. Actually some kind of hornet, he remembered. Made him wonder if it was indeed sweat he felt crawling down his back.

The pain in his gut hit without warning. Not enough to make him move, but enough to distract him from his sight picture. The pains were coming more often now, as if telling him to hurry. It pissed him off. He knew how much time he had; he didn’t need a constant reminder of it. Right now, it was a major distraction he didn’t need. The pain subsided as another group of cars pulled into the intersection. Back to the scope and scan; a Mercedes convertible of the right model, but no sign of his boy. He took another drink to help calm his gut. The ant was gone.

He made another mental rehearsal of his actions post shot. Its route was memorized, with two alternates if the need arose. He still wished he had set up a second vehicle, but then it would be left behind, and eventually be found. No, one car was enough, and he had plenty of money on him if he had to make a major change. It was a good plan they had come up with and he would stick to it. After all, the lawyer was only one of the names they had chosen, but the message would require more than one to be effective. Back to the scope, the envelope would explain it all.

Another group of cars stopped at the light; a Lexus, a Cadillac, and an H2 Hummer. No shortage of cash in this neighborhood. He did linger on the Hummer for a few extra seconds. A good vehicle, but he still preferred the old model to the new, slicked-up civilian version. A cop joined the group driving a brand-new Crown Victoria with all the bells and whistles; nice to have a good tax base to finance the police. He was impressed with their gear, but not with them. They had all the fancy cars and nice uniforms, but he felt they spent their money on the wrong items. The Chief thought it more important to have a fancy paint job on his car that proclaimed it a “Tactical Response Unit” than it was to properly secure his department’s communications. An item he was currently exploiting at this minute. The radio he had clamped to the small of his back looked like any other radio you might see a person wearing at the gym; but this one he had modified to allow him to listen in on the police in this particular Orlando suburb. This would have been impossible if the Chief had spent a few bucks on a scrambler. There had been no chatter since the morning shift change. He recognized the deputy; he had dubbed him “Number Two,” as his gut was the second biggest of the four. He was about forty minutes early today. Odd, but not a great concern as long as he wasn’t there when the lawyer arrived. The response time to his fake man-with-a-gun 911 call had been over four minutes; more than enough time for his planned getaway. He watched Number Two turn right as always and start his second lap around the suburb. Crazy set-up they had in Orlando, you could drive just a few miles and go through three or four different towns; all with their own police, fire and parks department (another big thing in Orlando). Efficiency suffered because of it, but that was to his advantage today. Too bad really, despite their current lack of professionalism, he liked cops.

Three more sets of cars, but still no sign of the lawyer. He might just set a new record if he didn’t show soon. The wind had stopped, and the small stake with the pink telltale ribbon on it he had placed at the intersection was also still. He was pleased no one had moved it. It looked just like other survey stakes one would see around developments, and people probably dismissed it as soon as they saw it. Since he would be shooting down a draw at such a close range, he didn’t really need the tells, but he knew his business and took every precaution to ensure it only took one shot. That included adjusting for wind if needed.

Another Mercedes convertible pulled up to the light; one of four possible cars. The lawyer only used the limo on the weekdays. Top up, but windows down. The man did not like air-conditioning. It was him. Slowing for the yellow light like a good citizen. The teenage boy in the Cadillac SUV behind him had to brake hard to stop in time. He could hear the sub-woofers from the kid’s stereo all the way from his hide, probably pissing off the lawyer. Why kids had to have them was beyond him. His neighbor had the same problem with his kid. Only his car was a small Mitsubishi that needed the money on the engine instead of the stereo. The kid made a rude gesture toward the lawyer’s rearview mirror. The lawyer ignored him and stared straight ahead, head cocked to one side to see the signal around his visor.

What the hell was wrong with old people? The light was barely yellow and this old fart just stops. We both could have made it! Jimmy was late meeting his girl at the mall. They weren’t going shopping, although she could do that all day. They were meeting to sneak off to the beach for some fun. Daytona was only two hours away and Hilary said she would finally try the fake ID he had gotten her a couple weeks ago. He was hoping that with a few drinks she might be up to getting that hotel room he had hinted at. It was a good plan and this old fart was holding it up! He threw him a finger and cranked up the bass on his fifteen-inch subwoofers. He knew it just pissed off anyone over thirty.

The lawyer smiled at the kid’s anger. He was used to people being angry with him. Kids were always in a hurry. At least this one was up before noon. The stereo got louder as the kid flipped him off. Screw him, the lawyer thought. He made five million this week on that medical case, and now he was golfing. The divorce will be final in a week, and the girlfriends were trying to outdo each other for a chance to be next. Life was good for T. Carlton Addicot, Tort lawyer.