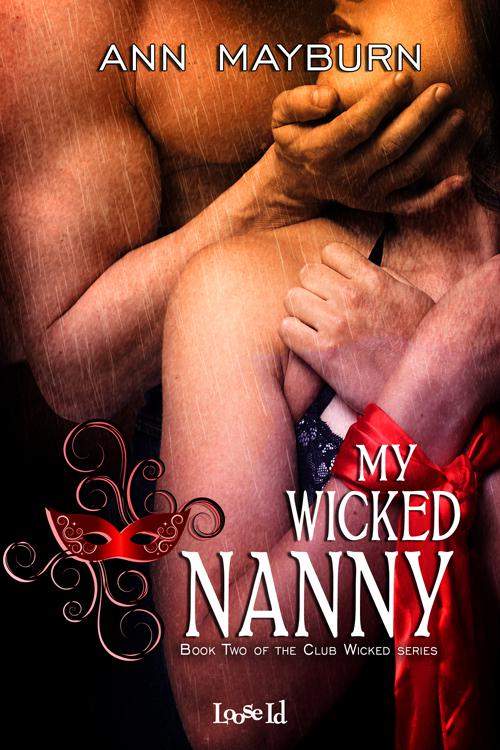 All rights reserved. This copy is intended for the
original purchaser of this e-book ONLY. No part of this e-book may be
reproduced, scanned, or distributed in any printed or electronic form without
prior written permission from Loose Id LLC. Please do not participate in or
encourage piracy of copyrighted materials in violation of the author's rights.
Purchase only authorized editions.

This e-book is a work of fiction. While reference might
be made to actual historical events or existing locations, the names,
characters, places and incidents are either the product of the author’s
imagination or are used fictitiously, and any resemblance to actual persons,
living or dead, business establishments, events, or locales is entirely
coincidental.

This e-book contains sexually explicit scenes and adult
language and may be considered offensive to some readers. Loose Id LLC’s
e-books are for sale to adults ONLY, as defined by the laws of the country in
which you made your purchase. Please store your files wisely, where they cannot
be accessed by under-aged readers.

DISCLAIMER: Please do not try any new sexual practice, especially
those that might be found in our BDSM/fetish titles without the guidance of an
experienced practitioner. Neither Loose Id LLC nor its authors will be
responsible for any loss, harm, injury or death resulting from use of the
information contained in any of its titles.

She couldn’t screw this up just because she was nervous
enough to give a chipmunk on meth a run for its money.

Taking a deep breath and releasing it slowly, she let out a
sigh of relief when her window actually went down on the first attempt. She
pressed the button on the small speaker situated next to the gate with a
trembling finger. Dormant rose vines climbed the side of the stones flanking
the entrance, and she absently wondered what color they would be in bloom.

Probably black and red to match the club’s style.

A moment later a woman’s sultry voice came from the box.
“May I help you?”

“Hi, my name is Anya Kozlov. I’m here to start work as a
hostess, I mean waitress, I mean…” She struggled to think of the word that had
been used to describe her job position.

“Server,” the woman said in an amused tone. “Please follow
the drive all the way down. The parking lot for the help is at the rear of the
mansion. Mr. Florentine will be waiting for you inside.”

“Thank you.” She let out a relieved breath and shifted her
car out of park, the engine whining as it chugged into a new gear. When the
gates opened, she pulled through, following the long drive lit by beautifully
sculpted brass lanterns on either side. The first hint of spring warmed the
air, and little green buds graced the limbs of the mature trees as she passed.
So far this didn’t look like anything she’d seen online about what BDSM clubs
were like. No cages swinging from the lanterns; no red-and-black flags lining
the drive. She was actually rather disappointed by how normal it looked. Well,
as normal as a mansion could be if you had a billion dollars in the bank.

Anya had been through the orientation course at the agency
that handled the employment for Wicked, but that had been at an off-site
location. No one was allowed to know where the club was or to visit it until
all background checks and training were complete. This was the first time she
would actually be allowed inside the club. The butterflies in her belly were
going crazy.

After all, they were hiring her as a server, not a club sex
slave. If she wanted to indulge in the dark pleasures Wicked had to offer, any
Master within these walls was more than qualified to train her to his taste.
But in the meantime she’d better be the best damn server she could because she
had a feeling Wicked wouldn’t hesitate to fire her if she didn’t live up to
their high expectations.

For a girl from a small town in Indiana, learning a place
like this existed had been a shock. Fortunately, Laurel, the woman Anya had
interned with for the winter, was a member in good standing and was more than
happy to fill Anya in on all the details. Laurel had told her that just like
anything else in life, every Master and Mistress had different ideas on what
made a perfect submissive, and most greatly enjoyed introducing an innocent
young thing like Anya into the lifestyle personally. While Anya didn’t know if
she’d want to do anything with anyone, she had to admit the idea of some
powerful Dom teaching her how to best serve him made her heart beat faster.

In the distance, through the trees, golden lights began to
warm the night. As she took another curve, she caught a brief glimpse of the
stone mansion; then the trees covered it again. When Laurel had first suggested
the job, Anya had been sure it was for prostitution. Anything that paid three
hundred to one thousand dollars a night for a server had to be prostitution.

Laurel had been appalled that Anya would think that; then
she found it funny. After she referred to herself as a slave trader for three days,
Anya had apologized and asked more about the club. The things Laurel told her…
The decadence and the pure hedonism happening within those walls called to her.
Some part of her soul, deeply hidden, stirred at the thought of being tied up,
flogged, and made to orgasm over and over again. Of course Laurel also told her
stories about relationships gone wrong and hilarious mistakes she’d seen newbie
Doms make, but that didn’t stop Anya from imagining all kinds of kinky things
that might be happening inside the club, even if the thought of actually doing
those things made her flush scarlet.

When Anya had left home to pursue her dreams, she’d promised
herself that she’d never let fear stop her from experiencing everything life
had to offer. It was that determination that had led to her scholarships, then
interning with Laurel, and now on to a job at a fantastic sex club. If she
could keep a grip on her anxiety, she could leave for her summer in Paris with
money in her pocket and a much better understanding of both herself and her
sexuality.

Slowing the car, she took a deep breath and tried to stop
her hands from shaking. Really, she had nothing to be scared of. The security
was insane, and her entire interview process had been extremely professional.
She’d been told only 5 percent of the applicants were actually awarded a server
position. The elegant woman in her late seventies who supervised Anya’s hiring
said she felt Anya had that certain spark that the members of Wicked would
enjoy.

Whatever the heck that meant.

Anxiety spiked through her system as she made the final turn
and let her foot off the gas, coasting toward the most amazing mansion she’d
ever seen. The last remnants of twilight turned the sky a lovely purple-blue
color, making a wonderful canvas for the stone building. Four stories high,
clustered with terraces and elaborate stone carvings and well lit by
artistically placed lights, the mansion could have graced the cover of a
fairy-tale book.

As she drifted closer, a handsome valet looked up and tilted
his head. Even though he probably couldn’t see her, she still avoided looking
at him as she drove around the side of the building. Here the illusion of a
private estate was spoiled by the vast parking lot. It was still early in the
evening, so it was only half-full, but the cars gleaming beneath the lot lights
were amazing.

Lamborghinis, Ferraris, and Bentleys sat in neat rows, each
car costing more than her mother had earned as a seamstress in her entire life
before she’d passed away. The sheer wealth overwhelmed Anya, reminding her how
much she didn’t belong here. She was a nanny, a creative arts student, a girl
from corn-country Indiana. They’d take one look at her chubby ass and send her
home. She should turn around now and save herself the humiliation.

Still, she kept driving until she reached the employee lot.
This parking area was almost full, and although most of the cars were new and
shiny, she was glad to see they didn’t cost more than the house she grew up in.
Oh, there was a scattering of Mercedes-Benzes and high-end SUVs, but nothing
like the Bentleys and Ferraris out front. Pulling in next to a minivan with a
soccer-ball decal on the back, she couldn’t help but giggle and wonder what
kind of soccer mom worked at Wicked.

She’d just stepped out of the car when a sharply dressed
older man strolled up. In an odd way, he reminded her of her Russian
grandfather. The man approaching her had thick, neatly combed silver hair and
warm brown eyes hidden beneath his heavy lids. His dark gray suit certainly
hadn’t come off any rack, and he even had a kerchief tucked into his breast
pocket that matched his pale yellow tie. Confidence rolled off him in almost
visible waves, but his smile was friendly.

“You must be Ms. Kozlov.” His voice was cultured, elegant,
and smooth, with a faint accent.

“Yes, that’s me.” Her voice cracked on the last word, and
she swore he was laughing at her even though his face didn’t move an inch.

“Welcome to Wicked. My name is Mr. Florentine. I’m good
friends with Laurel, and she asked me to make sure you made it all right.” He
held out his hand, and she took a step away from her car to shake it. He had a
nice, firm handshake. Strong, but not overpowering.

“Nice to meet you, Mr. Florentine. Any friend of Laurel’s is
a friend of mine.” He gave her an odd look, and she decided to stick with being
polite. Engaging in small talk was beyond her right now. She’d settle for not
embarrassing herself any further.

She stepped back toward her car and reached into the
passenger seat to grab her duffel bag with the scandalous excuse for a work
outfit inside. It didn’t surprise her Laurel had made sure a friend would take
care of her. Though the other woman had no children of her own, she treated Anya
like a member of her family, even if Anya was just a lowly intern. She swung
her bag over her shoulder and shut her car door, hoping Mr. Florentine didn’t
notice the rust starting to creep around the bottom of the driver’s side door.