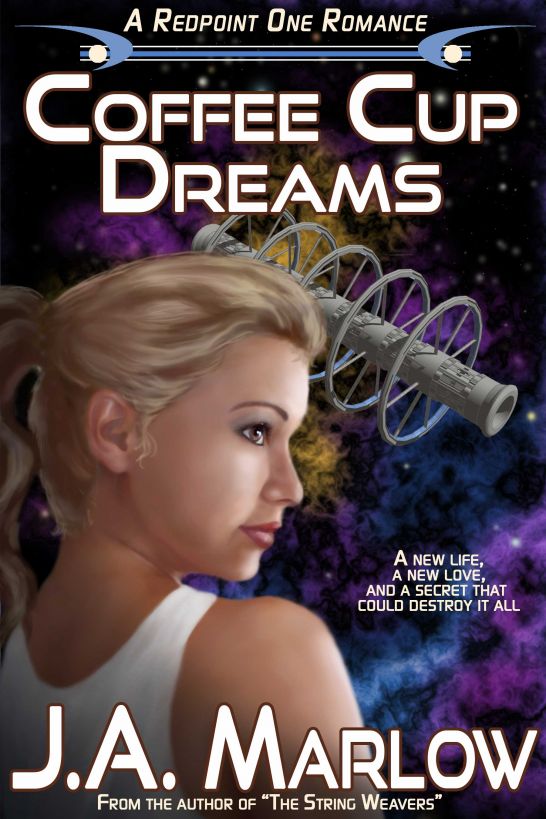 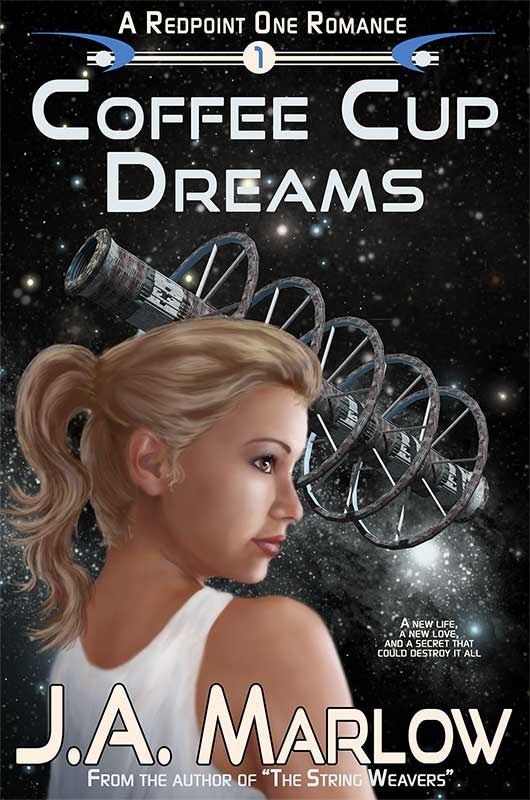 A Redpoint One Romance

Other Redpoint One
Titles

A Turn of the Pipes

Once Upon a Pet Show

She wasn't supposed to wake up when
dead…

During a simple operation Tish
Douglas died. And yet, she also awoke… in what the doctors called a
'psi event.' No matter what they called it, it destroyed the life
she knew and sent her fleeing Earth to a remote still-operating
ancient space station of alien origins called Redpoint
One.

New boss Arthur Getty doesn't need
any additional problems, such as a new recruit who doesn't have a
shred of maintenance experience. And yet, between pirate attacks,
intelligent repair robots running around, maintenance emergencies,
and a strange space station that no one really understands, the
sparks fly.

Despite Arthur knowing that as his
employee Tish is off-limits. Despite the secret Tish keeps about
what sent her fleeing to Redpoint One in the first
place.

This ebook is licensed for your
personal enjoyment only. This ebook may not be re-sold or given
away to other people. If you would like to share this book with
another person, please purchase an additional copy for each
recipient. If you’re reading this book and did not purchase it,
please purchase your own copy. Thank you for respecting the hard
work of this author.

This book is dedicated to my
family, who have been supportive of all my writing since I can
remember. All my stories are for you.

This book is also dedicated to all
those who love to daydream.

Sample - A Turn of the Pipes

SHE WASN'T SUPPOSED to wake up when dead.

At least, that's what the Doctor said
afterwards, in a rather testy voice with an aggrieved expression on
his face. Would he have preferred she died instead? To simplify the
paperwork?

Tish Douglas stared down at the flex-paper she
held in her shaking hand, listing the discharge orders. No stress,
light duty, no heavy lifting for the next few weeks. The standard
stuff. All except the last line:

It had to be a bad dream. All of it. No way
could she be a psi. She was as dead-of-mind as anyone could be. All
the yearly tests while in school, every test taken before a new
job. All of them came back negative. The test at the hospital after
the operation, and still her so-called 'mental abilities' didn't
even cause a blip on the testing equipment.

She heard a familiar voice behind her, talking
and laughing as he came down the hall towards her. With a rather
pretty nurse, she noted with ill-humor.

"By law you are required to take everything
according to the exact directions," the woman behind the counter
said as she passed over a small bag. She settled a stern look on
Tish. "No exceptions."

Tish bristled at being talked to so curtly. As
if she were a child having to be told exactly what to do and when
to do it.

Walt stopped behind her and pressed a kiss
against the hair on the top of her head. "My lovely. I see you are
up and around already. Should you be so soon?"

"I'm fine," Tish said, needing to hear the
words for herself. She glared at the woman across the counter. "I'm
fine."

She took one more glance at the flex-paper.
The details for Psipheron went on for pages, including long lists
of possible side-effects and recommended treatments to counter-act
them. The final side-effect of "may in some instances cause death"
didn't help any. The drug looked like a plague itself. A new window
popped up declaring all pertinent information and instructions had
been forwarded to her personal computer.

She slapped down the flex-paper on the
counter, but before she could slide it across to the woman Walt
grabbed it. "Of course you'll be fine. I'll take care of
you."

And he stopped, his face going
slack.

She knew why and this wasn't the way she'd
wanted him to find out. Tish grabbed the bag, knowing she wouldn't
be allowed out of the hospital without it, took the flex-paper from
Walt and slid it across the counter.

"Take me home," she said, turning away. She
couldn't stand much more of the white sterile walls of the
hospital.

A place where she should feel safe, a place
filled with people who helped other people. Instead, in her eyes it
had turned into a place of ominous shadows and fake smiles and
assurances, a place which she only wanted to escape.

Walt didn't say a word as he guided her out of
the hospital pharmacy and outside the main hospital. She kept her
head down, a hand crushing the top of the bag, refusing to meet
anyone's eyes.

The moment they were in his aerocar he
demanded, "You have a psi rating?"

"No, I don't," Tish said quickly, looking up
at him to find him glaring down at her.

"They don't give that stuff out on a whim." He
set the aerocar on its course and leaned back in his seat, settling
a heavy stare on her.

She crushed the top of the bag even more.
"It's not what you think."

Tish scowled. "They said I flatlined on the
operating table. And then became fully conscious in a Psi moment.
Which is ridiculous."

"As in technically dead," Tish said with a
sigh. "Then they say I woke up."

Walt's smile still hadn't returned as he
asked, "Did you?"

"I don't know. I don't remember it. They
showed me the readings, and it does show that my heart stopped."
She stopped, remembering staring at the flat lines on the computer
screen at the doctor consultation after she recovered from surgery.
Heart flat, breathing and pulse flat. She tried to suppress the
small shudder that went through her. "They're trying to blame me
for the fault of the anesthesiologist."

"They don't make mistakes about things like
this," Walt said, folding his arms over his chest.

She leveled her own glare on him. "I have
never rated one tick on any psi testing. I've never had any mental
abilities, and I still don't. Their equipment is faulty. I am not a
psi."

He took a deep breath, turning his attention
to the passing scenery out the front window. His jaw tensed, a vein
standing up on his neck. The rugged planes of his face turned even
sharper, transforming it from the man she'd hoped to find a future
with to that of a stranger.

She stopped herself, giving herself a mental
shake. Walt might be a workaholic, obsessed with how he presented
himself to his bosses and company, but he'd always been loyal to
her. Even today, the day she'd been discharged from the hospital,
he'd promised to take time off work to come and take her home. A
man who never took time off, and he'd done it.

But a part of her knew better. The part of her
that wasn't surprised when he gave a barely perceptible shake of
his head as he said, "This isn't good."

"I'm still Tish. Your Tish," she started. And
then stopped. "This isn't the end of the world."

He turned his attention back to her, his eyes
harder than she'd ever seen. "We were to join my boss at a special
luncheon this weekend. You know the rules. A psi must arrange with
security before any event involving over a certain number of
people."

"The hospital has tagged you as one. That is
enough." He frowned. "How am I supposed to tell my boss of
this?"

And with the last sentence the rest of her
knew, as well, even the part that still wanted to hold onto hope.
She'd become a social embarrassment to her job-climbing boyfriend.
No more was she the perfect cute companion who always knew what to
say and how to behave. She'd become a liability.

And with that the loyalty he'd previously
shown her evaporated.

When they arrived at the house where she
rented a room she opened the door of the aerocar, saying, "Don't
bother walking me to the door. I can see you want to get back to
work."

He didn't say anything in response.

Tish paused on the porch, watching the aerocar
fly away to join the afternoon traffic in the upper airlanes. The
part of her mind not numb from the shocks she'd had since waking up
from a simple operation tried to analyze what had just happened.
What went wrong.

"Stop it," she told herself. She'd always
known who and what Walt had been. She'd just chosen to ignore it,
hoping he would fall so deeply in love with her that he would
readily forgive the day when she'd miss-stepped. And she knew she
eventually would. She was far from perfect.

Apparently getting tagged as a psi was too
much to overlook.

She turned away to enter the Getty house,
taking off her shoes in the foyer. Before she could head for the
staircase a series of rapid light taps turned her attention to the
dining room. Where Neil Getty stood on top of a chair with a
toolbox on the floor nearby and part of the chandelier on the
table.