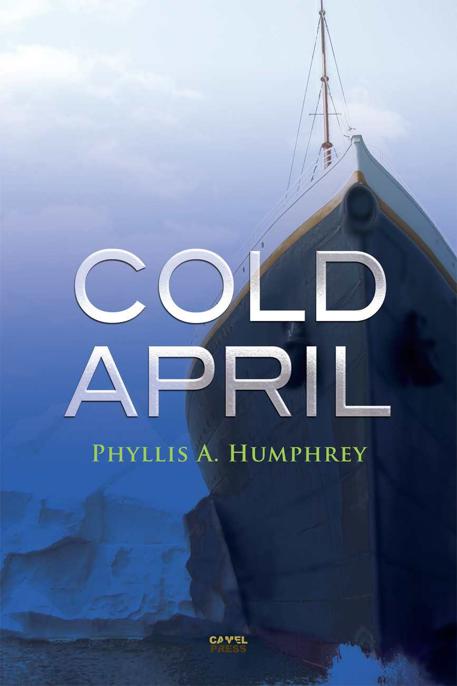 My thanks to my husband Curt, who has always supported my need to write, to Dawn of Blue Ridge Literary Agency for finding the perfect publisher for my book, to Catherine Treadgold for her excellent editing and to my critique group partners, Hilary Abbott, Jim Fulcher and Gail Ryan, who encouraged me during the long year of writing this novel

Throngs of people crowded the docks at Southampton. Passengers just disembarking from the ship and visitors who came to welcome them shared the space with automobiles and even a few horse-drawn carriages.

Elizabeth Shallcross hurried through the crush, her eyes darting from side to side. Her hat, although not as wide-brimmed as fashionable women wore those days, covered most of her hair and made scanning the crowd a challenge. Silently, she berated herself for losing contact with Lord and Lady Wheatly. At the last moment, she’d had to go back to retrieve the gift purchased in New York for her parents.

Suddenly an arm went around her waist from behind and pulled her violently to one side. A scream started in her throat.

“
Please don’t be frightened.” A male voice spoke close to her ear. “You were about to be run down by that careless lorry driver.”

Elizabeth whipped around to see a four-wheeled cart in the very spot she’d occupied moments before. She could have touched the side of it.

Her heart still pumping wildly, she looked up at the man who’d rescued her from being trampled. He was tall and broad-shouldered, yet slender, and wore the unmistakable clothes of a gentleman, including hat and gloves.

His gaze swept over her and he smiled and bowed. “I must apologize for my rather rough treatment, but it seemed necessary if you were to remain alive.”

His accent puzzled her—not quite English or American. Having just spent three years in New York, she could distinguish between the two.

She smiled back at him. “No apology necessary. On the contrary, it’s I who should thank you for keeping me out of harm’s way.”

He seemed to be in his early thirties and, in her estimation, quite good-looking, especially since he wore no beard or mustache. Thankfully, fewer men were keeping up the practice of sporting facial hair. King George wore a beard, but Mr. Taft, the President of the United States, had only a mustache.

“
If I’m not being too bold, may I assist you further? You seemed to be searching for someone in this crowd. Perhaps I could find a safer place for you to wait?”

Since he was obviously a gentleman, she had no qualms about relating the circumstances. “You’re right. I am waiting for someone—Lord and Lady Wheatly—with whom I’ve just returned from America.”

He gave a broad grin. “What a coincidence. I came here today to meet them myself. Are you a relative of the Wheatlys?”

“
No.” She decided quickly that explaining her position would be awkward as well as unnecessary and said no more.

“
Forgive me.” He touched the brim of his hat. “I should have introduced myself at once. My name is Richard Graham.”

He took her gloved hand in his. “What a delightful coincidence. Since you are a friend of Lady Wheatly, I expect we shall see a great deal of one another in future. I shall look forward to it.”

His smile and the length of time he held her hand in his could mean only one thing. He was flirting with her, obviously wanting to become better acquainted. She’d had admiring glances before and suspected he might, as other men she’d met recently had done, attempt to pursue a closer relationship. His next words confirmed her opinion.

“
You say you were with the Wheatlys in America?”

“
I understand the Bennetts are planning a welcome-home party for them. No doubt you will be attending.” Without giving her time to answer, he went on. “If no one is escorting you to the soiree, may I offer my services in that regard?”

Elizabeth felt her cheeks warm. How marvelous it would be to attend such a party, and in Graham’s company at that. However, the acceptance she framed in her mind was never spoken.

An imposing voice—which she recognized at once as belonging to Lord Wheatly—broke the little tête-à-tête and Mr. Graham released Elizabeth’s hand.

“
Richard, my boy,” Wheatly said to her companion, “how good of you to meet us.”

Almost at once, Lady Wheatly appeared behind her husband, both hands occupied holding onto those of her two children. Behind her, a uniformed steward pushed a heavy-duty cart laden with steamer trunks, boxes and leather bags.

Richard Graham bowed again. “Lady Wheatly. Sir. I took the liberty of engaging a large motorcar for your return to London. The rack on top will hold your luggage. I hope that meets with your approval.”

Penelope, who was eight years old, pulled her hand out of her mother’s and rushed to Elizabeth’s side.

“
I see you have met the children’s governess,” Lady Wheatly said to Graham. “Elizabeth Shallcross, but we call her Beth. We were somehow separated after leaving the ship, but it seems you have found her for us.”

Beth took Penelope’s hand and looked up at Lady Wheatly. “I’m so sorry if I caused you any worry. I returned to my stateroom for the gift I’d purchased for my mother.”

Beth watched the smile fade from Mr. Graham’s face. She knew exactly what he was thinking. No doubt an aristocrat, he’d presumed her to be one as well. Now he knew she was only an employee of the Wheatlys. So much for his offer to escort her to the party. A knot formed in her midriff. In spite of changing times, the class system was still alive and well in twentieth century England.

A half-hearted smile reappeared on Richard Graham’s face. “Yes, Miss Shallcross and I have met.” He paused. “However, I’m not sure if there will be room in the motorcar...”

Beth spoke again. “I won’t need a ride back to town, Mr. Graham. I expect my parents will be meeting me here very soon.”

Lady Wheatly leaned toward Beth. “This is au revoir, not goodbye. Remember, we have much to discuss, and I shall expect you to call on us in a day or so. When it is convenient and you’re rested from the crossing.”

“
Yes, ma’am.” She dropped her gaze, embarrassed. Why had she allowed herself to be enticed even for a moment when Richard Graham introduced himself earlier? She should have known nothing would come of it. She supposed her three years in New York were responsible for such optimism. Class consciousness was far less prevalent there.

“
Well, let’s be on our way,” Lord Wheatly said. “Richard, is the motorcar nearby?”

Mr. Graham stared at the procession of automobiles threading their way through the slowly-diminishing crowd. “I believe I see it now.”

He turned to Beth. “Miss Shallcross, it was a pleasure to meet you.”

Detecting no warmth in his smile, she nodded her head for an instant and said nothing.

Both Penelope and Charles, who at six was two years younger than his sister, shook her hand politely, just as she’d taught them to do when greeting or parting from others. She watched them enter the large silver limousine. The steward began to arrange the luggage on top of the vehicle, which she recognized from magazine pictures as a Rolls Royce Silver Cloud. To her eyes almost as large as a railroad passenger car, it would easily have accommodated her, especially if Mr. Graham sat in the front seat with the chauffeur.

But he apparently preferred not to include her. The steward placed her own steamer trunk at her feet. Although she chafed at the slight, common sense told her she didn’t want Mr. Graham to see where she lived anyway.

She curtsied to Lord and Lady Wheatly, and they, too, climbed into the vehicle. Richard Graham had apparently entered from the other side.

She sighed. Most likely she would never see the man again.

Shoving aside the few dresses her younger sister Sarah owned, Beth put her own clothes in the wardrobe of the bedroom they would share for the next three weeks. Irene, even younger, would also share the space. Her two brothers occupied a bedroom off the scullery kitchen on the first floor of the house, as did her parents, a common arrangement for a middle-class family. A far cry from the Wheatlys’ mansion, yet many families in England dwelt in poorer quarters than theirs. She’d always tried to be grateful for what amenities they possessed.

Her unpacking complete, she went downstairs to help her mother with dinner preparations. After they’d eaten and dishes had been washed and put away, the other children took over the dining table, busy preparing their lessons for the next day of school. Beth joined her mother and father in the sitting room, taking a seat on the hassock near the fireplace.

“
Please tell us more about your life in New York,” her mother said.

“
I’m talked out.” She grinned. “Besides my weekly letters with all the news, I told you about the crossing on the way home from the dock this morning. To say nothing of monopolizing the dinner conversation.”

“
But we love to hear your stories. The rest of us have had no adventure like yours.”

“
Will you come back from New York next time or do you plan to stay over there?” Her father, settled in his favorite chair, put a match to the tobacco in his pipe.

“
Now, George,” her mother said, “you mustn’t bring up the subject of her return so soon. Beth has only returned today after her long stay in America.”

“
She told us before she left she’d like to live there. Now she’s had plenty of time to think about it. Three years. She also sent all those letters describing what she saw whilst living there.”

“
Mum, Dad, you know I want to go back. I’ve never felt I belonged in England. Even before going to America, I admired what I knew about that country.” She stood and paced the floor.

Her mother scoffed. “People often feel that way about places they visit on holiday.”

Her father chuckled. “They also say, ‘It’s fine for a visit, but I wouldn’t want to live there.’ ”

“
But I would. I wasn’t just visiting, as if I were on holiday. Three years is a long enough time to learn if you really want to live in a place, and I would like to live there.” She shrugged. “But I know I can’t.”

Her mother, a streak of gray in the dark hair twisted into a knot at the back of her head, put a handkerchief to her face. Her voice betrayed signs that tears might flow at any moment.