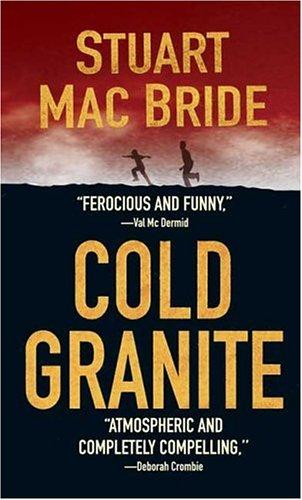 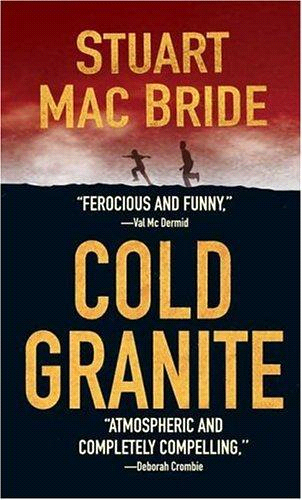 Dead things had always been special to him. Their delicate coldness. The feel of the skin.

The ripe, sweet smel as they decayed. As they returned to God.

The thing in his hands hadn't been dead for long.

Just a few hours ago it was full of life.

It was dirty and flawed and filthy...

But now it was pure.

With gentle hands he placed it reverently on top of the pile with the others. Everything in here was alive once, was busy and noisy and dirty and flawed and filthy. But now they were with God. Now they were at peace.

A smile spread across his lips like fire in a burning building. He real y should take his medication, but not now. Not yet.

Not when there were so many dead things to enjoy.

It was pissing down outside. The rain battered against the blue plastic SOC tent's wal s and roof, clattering in the confined space, fighting against the constant drone of the portable generators, making conversation impossible. Not that anyone was feeling particularly chatty at a quarter past midnight on a Monday morning.

Not with David Reid lying there. On the freezing ground.

At one end of the lopsided tent a four foot stretch of ditch was cordoned off with blue police tape. Dark, greasy water glinted in the spotlights. The rest of the tent was taken up by riverbank, the winter-yel ow grass beaten flat and muddy underfoot.

It was crowded in here. There were four constables from Aberdeen's Identification Bureau, wearing white paper boiler suits: two covering everything with fingerprint powder and sticky tape; one taking photographs; and the fourth videoing the crime scene for posterity. Add to that one decidedly green-looking PC, the duty doctor, a detective sergeant who'd seen better days, and the guest of honour. Little David Brookline Reid. Three months short of his fourth birthday.

They'd had to drag him out of the cold, water-fil ed ditch before death could be declared. Not that there was any doubt about it. The poor little sod had been dead for a long time. He was lying on his back on a square of blue plastic, exposed for al the world to see, an X-Men T-shirt pul ed up around his shoulders. He wasn't wearing anything else.

The camera flashed again, burning away al detail and colour, leaving an imprint on the retina that refused to go away.

Standing in the corner Detective Sergeant Logan McRae closed his eyes and tried to think what he was going to tel little David Reid's mother. Her son had been missing for three months. Three months of not knowing. Three months of hoping her child would turn up safe and sound. While al the time he'd been lying dead in a ditch.

Logan ran a hand over his tired face, feeling the stubble scritch beneath his fingers.

Christ, he could kil for a cigarette. He wasn't even supposed to be here!

He pulled out his watch and groaned, his breath coming out in a plume of white fog.

Fourteen hours since he'd reported for duty yesterday morning. So much for easing back into the swing of things.

A frigid gust of wind whipped into the tent, and Logan looked up to see a sodden figure hurry in out of the rain. The pathologist had arrived.

Dr Isobel MacAlister: thirty-three, bobbed hair, brunette, five foot four. Makes little mewing noises when the inside of her thigh is nibbled. She was dressed immaculately in a fitted grey trouser suit and black overcoat, the effect only slightly spoiled by a huge pair of Wel ington boots flapping about up to her knees.

She cast a professional glance around the crowded tent, freezing when her eyes locked onto Logan. An uncertain smile flickered onto her face before sliding away. Not surprising considering how much of a state he must look. Unshaven, bags under the eyes, dark brown hair which was wild, unkempt and frizzy from the rain.

Isobel opened her mouth and closed it again.

Rain hammered on the tent's roof, the camera clacked and whined as the flash came back up to speed, the generators growled. But the silence was deafening.

It was the duty doctor who broke the spel . 'Aw shite!' He stood on one leg, shaking a waterlogged shoe.

Isobel put on her professional face.

'Has death been declared?' she asked, shouting to be heard over the din.

Logan sighed. The moment had passed.

The duty doctor stifled a yawn and pointed at the smal , bloated corpse in the middle of the tent. 'Aye, he's dead al right.' He stuffed his hands deep in his pockets and gave a loud sniff.

'If y'want my opinion: he's been dead for a good wee whilie. Least two months.'

Isobel nodded and placed her medical bag on the groundsheet next to the body. 'You're probably right,' she said, squatting down and peering at the dead child.

The doctor rocked back and forth for a while, squelching in the mud, as Isobel snapped on a pair of latex gloves and started unpacking her instruments. 'Aye, wel ,' he said, 'give us a shout if you need anything, OK?'

Isobel promised she would and the duty doctor gave a smal bow and excused himself, squeezing out past Logan into the rain-soaked night.

Logan looked down on the top of Isobel's head, thinking of al the things he'd planned to say the first time he saw her again. To make it al right again. To fix what fel apart the day Angus Robertson got sent down for thirty to life. But whenever Logan pictured this moment there wasn't a murdered three-year-old lying on the ground between them. It kind of put a damper on things.

So instead he said, 'Can you give me a time of death?'

She looked up from the decaying body and blushed slightly. 'Doc Wilson wasn't far off,'

she said, not meeting his eyes. 'Two, maybe three months. I'l know better when I do the post mortem. You got an ID?'

'David Reid. He's three.' Logan sighed. 'Been on the Misper list since August.'

'Poor wee sod.' Isobel pul ed a slim headset out of her bag, slipped it over her hair and checked that the microphone was working. She inserted a fresh tape into her dictaphone and began her examination of little David Reid.

Half past one in the morning and there was stil no sign of the rain letting up. DS Logan McRae stood in the lee of a twisted oak, using the tree as a windbreak, and watched as the photographer's flash fil ed the SOC tent with staccato lightning. Every time the flash went off, the figures within hurled silhouettes against the blue plastic like a grizzly shadow play.

Four high-powered spotlights sizzled in the torrential downpour, bathing the area around the tent with harsh white light while the generators chugged away in a haze of blue diesel smoke. Cold rain hissing on the hot metal. Outside that circle of light it was pitch black.

tent. The late November rains had fil ed the ditch to overflowing and grim-faced police divers, dressed in dark-blue neoprene dry-suits, groped around in the waist-high water. A pair of bodies from the Identification Bureau were trying to swear a second tent into place over the divers, fighting a losing battle against the wind and rain as they tried to preserve any forensic evidence from the storm.

Less than eight feet away, the River Don surged past, silent, swol en and dark. Flecks of light danced across its surface: the spotlights reflecting back off the black water, their shapes shattering and reforming beneath the torrential rain. If there was one thing Aberdeen did properly, it was rain.

The river had already broken its banks in a dozen places upstream, flooding the surrounding countryside, turning fields into lakes. Down here it was less than a mile to the North Sea and the water was moving fast.

On the other side of the river the tower blocks of Hayton rose behind a screen of bare trees. Five featureless rectangles punctuated with cold-yel ow lights, sheets of rain making them swim in and out of view. It was a horrible night.

A hastily cobbled-together search team was picking its way careful y along the riverbank by torchlight, working out in both directions, even though it was far too dark to find anything. It would look good on the morning news.

Sniffing, Logan dug his hands deeper into his pockets and turned to look up the hil , towards the blistering white television camera lights. They'd gathered not long after Logan had arrived, hungry for a glimpse of dead meat. To begin with it had just been the local press, shouting questions at anyone in a police uniform; then the big boys had arrived. The BBC and ITV, with their cameras and serious-faced presenters.

Grampian Police had issued the standard holding statement, which had been completely devoid of any detail whatsoever. So God only knew what they were finding to talk about up there.

Logan turned his back on them and watched the bobbing torches of the search party as they struggled along in the dark.

This shouldn't have been his case. Not on his first day back. But the rest of Aberdeen's CID were either off on a training course or off getting pissed at someone's retirement bash.

There wasn't even a detective inspector on the scene! DI McPherson, who was supposed to be easing Logan back into the swing of things, was busy getting his head stitched back together after someone had tried to take it off with a kitchen knife. So here was Detective Sergeant Logan McRae, heading up a major murder enquiry and praying to God he didn't screw it up before he could hand it over to someone else. Welcome back.

The green-faced PC lurched out of the SOC tent and joined Logan under the twisted tree, squelching al the way. He looked like Logan felt. Only worse.

'Jesus.' The PC shivered and jammed a cigarette in his face as if it was the only thing keeping his head from unravel ing. After a moment's thought he offered one to the DS standing next to him, but Logan declined.

The PC shrugged and fumbled a lighter out of the breast pocket of his uniform, setting the cigarette glowing like a hot coal in the darkness. 'Some fuckin' sight for your first day back, eh, sir?'

A plume of white smoke blossomed into the night and Logan took a deep breath, dragging it into his scarred lungs before the wind could whip it away.

'No much more than the duty doc, sir. Poor wee bastard was strangled with somethin'.

She says the other stuff probably happened later.'

Logan closed his eyes and tried not to picture the child's swol en body.

'Aye.' The PC nodded wisely, the red-hot tip of his fag bobbing up and down in the darkness. 'At least he was dead when it happened. That's something to be grateful for.'

Fifteen Concraig Circle was in one of the newer sections of Kingswel s, a suburb just five minutes outside Aberdeen proper, and creeping closer every year. The houses here were bil ed as 'individual y-crafted executive vil as', but they looked as if they'd been thrown together by someone with a job lot of yel ow brick and no imagination.

A Match Made in Texas by Katie Lane
Star Risk - 04 The Dog From Hell by Chris Bunch
Howl's Moving Castle by Diana Wynne Jones
The Dragon Man by Brian Stableford
Tempestuous Eden by Heather Graham
The Biographer's Tale by A. S. Byatt
Galactic Patrol by E. E. Smith
Heart of Clay by Shanna Hatfield
Radio Girls by Sarah-Jane Stratford
One Penny Surprise (Saved By Desire 1) by Rebecca King
Our partner