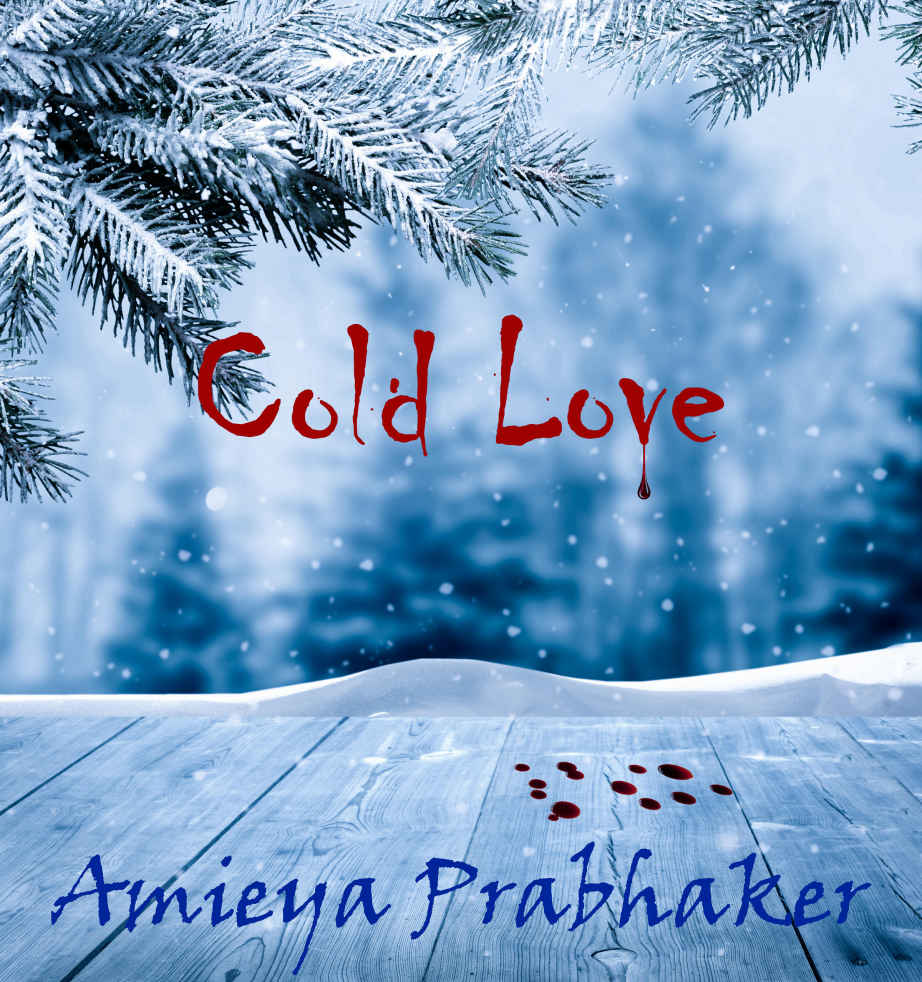 The characters and events portrayed in this book are
fictitious. Any similarity to real person, living or dead is coincidental and
not intended by the author.

No part of this book may be reproduced, or stored in a
retrieval system, or transmitted in any form or by any means, electronic,
mechanical, photocopying, recording, or otherwise, without express written
permission of the author.

In
today’s world, geographical distances have diminished tremendously, bringing
people from around the globe closer together. However, the forces dividing us
have grown stronger, more complicated and increasingly mysterious. Drugs,
narcotics, ransom, terrorism and corruption have become inter-twined in our
daily lives, forming a complex invisible web.

Few
can break the shackles of this complex web, the
Chakravyuh
. In every
age, such a web requires a true warrior to break through and emerge victorious.
This is the story of one such modern warrior, Arjun, eager to break those
complex shackles while struggling to reach for that ever-alluring peace… and
love.

This
story explores the dormant aspirations of billions of people who want to see
the India-Pakistan rivalry to come to an end. It compares the India-Pakistan
rivalry to that between the US and USSR during the Cold War. An endless strife
still continues unabated between all the major intelligence agencies of rival
nations. Such a cold war, though invisible to the outside world, drastically
alters the lives of those involved in it, inevitably crushing their emotions
and families forever. However, any such war needs a vanquished and a victor, to
arrive at its culmination.

This
book is dedicated to my wife, Shalini, and to our beloved 5 year old son,
Aaryan. This book would have never materialized without my wife’s support and
understanding. Thanks to my family for standing by me in good and bad times,
and for enduring my numerous idiosyncrasies...

…including
the numerous late nights that went into completing this book.

A
heart-felt thanks to my dear friend, Abhishek Kumar Jha, for taking the time to
review the very first draft of this script. Thanks to my family, especially my
dad, who has always believed in and encouraged me in all my
endeavors
.

Special
thanks to my friend Kunal Prasad (Kreativelens.com) for his valuable insight on
creative content and for the cover design of this novel.

Last,
but not the least, thanks to my editor, Devaki Khanna for editing my novel.
This book would not have materialized without the tremendous work that Devaki
put into the novel.

Abdul
Kalam
- a great scientist, visionary and
President -
I had the privilege to meet the great man
years before he became the President of India. His talks on satellite and
missile technology coicidend with my keen interest in geo-stationary
satellites, radar and communication systems in the 3
rd
year of my
Electrical engineering course at IIT Kanpur.

Prof
Sanjay Dhande
, IIT Kanpur-
a Padma Shri recipient. One of my rapid prototype designs for DRDO under Dhande
Sir was used in a combat helicopter by IAF at heights of over 5000metres in the
Kargil War.

ACT 3:
KICKOFF…EUPHORIA FOR REACHING THE SKIES & THE REALITY
..
43

The Media Release –
Setting the environment
77

Beautiful
Hills… Revisiting the Past
128

The
Backlash and Counter Attack
.
176

Along the outskirts of
Mumbai, the clear blue skies and blue ocean merge in a beautiful union,
amalgamating seamlessly over the distant, picturesque horizon. The view is
enhanced by the tall brown and orange mahogany trees lining the hills across
the coastline. A motorbike is racing down the valley, over the meandering
roads, its shining side-metal glimmering intermittently, reflecting the
sunshine in between the tall trees.

Arjun bends low as he
maneuvers
another sharp curve on his motorbike,
speeding through the beautiful valley. Riya, on the pillion, is clutching him
tightly.

Arjun turns around to look
back at her from the corner of his eyes, but revs up the acceleration further.
Riya shakes her head, telling herself, “I’m sure you are deriving a lot of
pleasure from my fright!”

She still trusts Arjun,
despite his boyish recklessness. Riya digs her nails deeper into his leather
jacket, nervously clinging to him. Her beautiful, long, jet-black hair flutters
about in the strong breeze. She swirls her hair in one swift move to get it off
her eyes, and then immediately hides her face in Arjun’s back, made extremely
nervous by the speed. A moment later, feeling mischievous, Riya teasingly moves
her lips close to Arjun’s neck and nibbles gently at the side.

Arjun barely twitches his
neck, ignoring Riya’s antics, instead choosing to concentrate on the meandering
road ahead. Then Riya gets her teeth into Arjun’s neck, biting him deeply and
leaving a prominent red mark.

“Hey!” Arjun looks back at
Riya, feeling the pinch of the bite.

Glad to have gotten her man’s
attention, Riya returns to the comfort of embracing Arjun’s back, where she
hides her face and clutches tightly onto his jacket. She closes her eyes as the
motorbike continues to race through the beautiful valley, moving into the
suburbs of the city and gradually towards their home. Arjun parks the motorbike
on the front patio by the large garden, and rushes in hastily, without a word
to Riya, leaving her behind, somewhat surprised at his sudden haste.

There is no one inside. Arjun
quickly checks both floors of the house. He rushes back to the patio, as he
suddenly hears a loud scream from Riya.

When Arjun reaches Riya, she
is aghast and pale, speechlessly staring at the garage. Arjun shakes her up,
“What’s up, Riya? What’s happened?”

Just outside the garage,
Arjun’s parents, seated in his yellow convertible, are splattered in blood.
Riya falls down on her knees in dismay, covers her face with her hands and blacks
out. When she regains consciousness, she can hear the overwhelming noise of a
helicopter ambulance that fills the landscape, with dust billowing all across
it.

Arjun’s sister, Puja has
joined them and is also rushed into the helicopter alongside her injured
parents. Arjun is about to slam the door shut when Riya, suddenly realizing
what’s happening around her, rushes in and grabs Puja’s hand.

“Riya, please take care of
Arjun, will you?” Puja asks her friend.

Riya nods affirmatively,
still holding on to Puja’s hand. She is still confused, finding it difficult to
come to terms with what just has happened.

“Bhaiyya, when will you
come?” asks Puja.

“Not yet, Puja, not yet. I
need to take care of things here.” Arjun shuts the door of the helicopter as it
takes off, throwing another puff of dust into the air.

“Arjun, what has happened?”
Riya buries her face in Arjun’s shoulders, sobbing. She receives no response
from him. Arjun holds Riya with one hand, his expression stolid, as he looks
into the skies to watch the helicopter gradually turn into a tiny spec. Riya
and Arjun are left outside his house, alone, distraught and confused.

Sinister thoughts shroud
Arjun’s consciousness. He realizes that this bloodshed is a result of his
carelessness, a spillage from his own actions…and this may just be the
beginning. A sudden realization dawns upon him that lives are at stake here
because of his actions…and lives will be lost. He cannot let his near and dear
ones suffer for all that he has done. This may be the beginning of one long,
gruesome game.