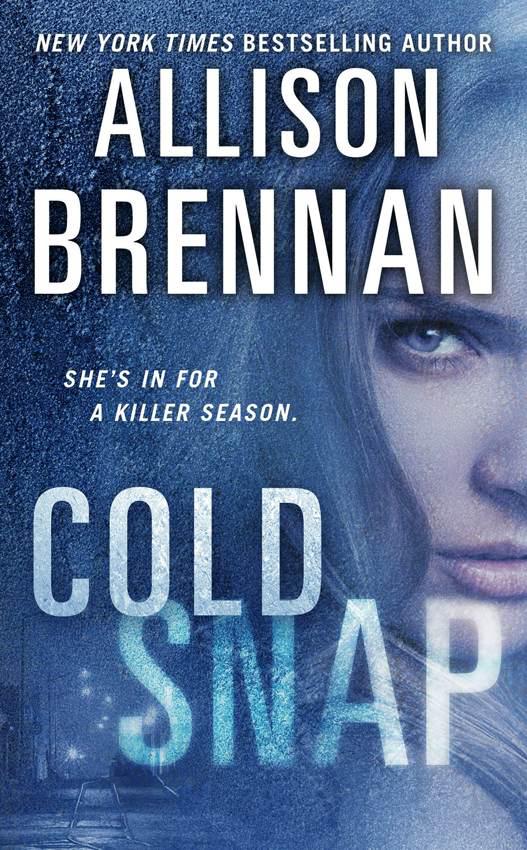 I’ve received many letters from my longtime readers wanting to know what all the Kincaids are up to. Because Lucy’s story will be moving to San Antonio when she starts her new career with the FBI, I won’t have many opportunities to revisit her family. I wanted to write a thriller while also bringing readers up-to-date on where the clan is and what they’re doing. Here’s a list of key characters to refresh your memory.

Lucy Kincaid: My series protagonist. Seven years ago Lucy was kidnapped and raped by a man she met on the Internet; since, she’s been determined to stop sexual predators and help give victims and survivors peace of mind. The youngest Kincaid by ten years.

Sean Rogan: Lucy’s boyfriend and a computer genius. Has a checkered past of computer hacking, but has also helped the FBI on complex cases. Until recently, he worked as a partner in Rogan-Caruso-Kincaid Protective Services, based in Sacramento, California, and Washington, D.C.

Jack Kincaid: Enlisted in the army directly out of high school and later became a mercenary headquartered in Hidalgo, Texas. Estranged from his family until seven years ago. Married to FBI agent Megan Elliott.

Kate Donovan: FBI agent who went rogue to search for her partner’s killer. Helped Dillon and Jack locate Lucy after she was kidnapped. After a reprimand and demotion, she returned to the FBI.

Patrick Kincaid: Former San Diego PD and most recently partners with Sean Rogan at RCK East, based in Washington, D.C., until Sean left. Seven years ago, Lucy’s attacker set a bomb to explode that left Patrick in a coma for nearly two years.

Nelia Kincaid: The oldest sibling in the clan, a former corporate attorney who became a recluse after her seven-year-old son, Justin Stanton, was murdered eighteen years ago.

Rosa Kincaid: Cuban who escaped to Florida; rescued by Pat. They’ve been married for forty-five years.

New readers may want to know a bit more about my characters. I created a special page on my Web site,
allisonbrennan.com/LucyKincaid
, if you want to catch up on past and future stories. I even brought back some secondary characters, like SWAT team leader Tom Blade from San Diego, and included some fun trivia, like which characters were supposed to die (but didn’t!) and which characters died that I didn’t expect.

I hope you enjoy these stories, as the Kincaid kids travel home to San Diego for a Christmas reunion—only to encounter murder and mayhem along the way.

Patrick Kincaid had a problem: he couldn’t say no.

Whatever was asked of him, he did it, usually without complaint. He was amicable that way, and his friends and family knew it. He didn’t mind helping out; if he could do something for someone, why not? He had a challenging job he liked, a family he loved, and a few good friends who had stuck around even during his two-year stint in the hospital sleeping off a coma. Life was too short to be stingy with it.

But this time, as he circled the arcane San Francisco streets, which seemed to have no methodology, looking for a parking place in a dense fog, he wished he’d said no.

He would have, if anyone else in the world had asked him to drive two hours out of his way (which took three because of the inclement weather) to hunt down a family friend he hadn’t seen since he graduated from high school, except at her father’s funeral. He’d have found an excuse or found a replacement. Except it was his mother who had called. And Patrick had never, not once, said no to his mom. His older brother Connor had told him—often—that he was Mom’s favorite because he was her yes-man.

His job was to bring Gabrielle Santana home for Christmas. Gabrielle Santana—the girl who’d staged a sit-in sophomore year in high school to protest the expulsion of three students who she thought hadn’t had a fair hearing with the school board. The girl who’d been arrested at seventeen for organizing a rave in an abandoned warehouse in downtown San Diego. The girl who’d been suspended for skinny-dipping in the high school pool. Patrick was three years older than Gabrielle, but she’d done more her freshman year—both good and bad—than he had his entire four years of high school.

It didn’t help that Patrick had dated Gabrielle’s older sister Veronica during their senior year and Gabrielle had often tagged along with Veronica to his baseball games and even on a couple of would-be dates.

The problem was that Gabrielle had called her mother two days ago and said something had come up at work and she couldn’t come home for Christmas. Now, she wasn’t returning her mother’s phone calls, or those from anyone else in her family. They were worried, and because the Santanas were worried, Rosa Kincaid was worried. And if Rosa Kincaid was worried and called on one of her children for help, the worry fell onto them. In this case, Patrick.

“You’re already in Sacramento,” his mother had said. “It’s not that far out of your way to help the Santanas.”

She had to have sensed the hesitation in his tone because she gave him the hard sell—and the guilt. Irish Catholic guilt compounded by the fact that he had a Cuban mother. No one said no to Rosa Kincaid.

After fifteen minutes of driving around in widening circles because there seemed to be no street parking in the vicinity, he finally squeezed the rental car into a spot four blocks from Gabrielle’s loft in a converted warehouse off Howard Street. At least he was driving in a flat area and not the insanely steep hills that made up so much of the city.

Patrick pulled up the collar of his jacket against the cold, damp air as he walked briskly down Howard. Lighted garlands wrapped around light posts were the only visible reminder of the holidays. This was a business district, and the thick fog made visibility next to nothing. Some of the apartments above storefronts were more jovially decorated—colored lights framing the windows and small, decorated trees, but Patrick had to strain his neck to look up, and honestly he wasn’t in the holiday spirit.

His phone vibrated in his pocket and he pulled it out reluctantly. He hadn’t brought gloves. He’d packed for San Diego—where it had been a respectable seventy-eight degrees today—not cold, wet San Francisco. He glanced at the text message from his sister Lucy.

Be glad you’re in Sacramento—we’re stuck in Denver. Airport shut down. Blizzard. Won’t get out until tomorrow night, if then. Love you! —Lucy

He responded that he was on an errand for their mom in San Francisco and would be delayed as well, then pocketed his phone and continued up the hill.

Maybe this side trip had a silver lining. He wouldn’t want to be the third wheel stuck in Denver with Lucy with her boyfriend, Sean. It would have been doubly awkward. While he’d grown to accept her relationship with his best friend and former partner, Sean Rogan, she was still his little sister. There were some things he didn’t want to think about.

The fog was so heavy a layer of moisture quickly coated his jacket. Driving here, he’d thought of all the reasons why Gabrielle could be incommunicado. Off with a boyfriend. Working. Drinking with her girlfriends. It was selfish and cruel not to respond to her mother’s calls for two days, but it didn’t mean anything was wrong. He’d already checked hospitals and called her employer. Nothing. The only odd thing was that her employer said she would be out of the office until after the holidays. Patrick couldn’t get any other details from the snippy receptionist.

Again, not being in the office didn’t mean something was wrong. In fact, that she’d informed her employer she would be out told Patrick there was nothing to worry about.

Except … he had to talk to her. Find out what she was doing and give Mrs. Santana peace of mind. Give Gabrielle a piece of his mind, too. He would never needlessly worry his mom; he hadn’t as a kid and not as an adult, either. He’d been a cop for more than a decade, and now worked for the private security firm Rogan-Caruso-Kincaid. When he was going to be unreachable for more than a day, he made sure his family knew his plans. It was common courtesy.

He rounded the corner of Gabrielle’s narrow street, not wider than an alley. One car could barely squeeze through. The buildings were a mix of very old and newly renovated. Mostly businesses with apartments upstairs. In Gabrielle’s converted warehouse, the heavy metal door was accessible only by a keypad. A sign indicated that the lobby was open from 6
A.M.
until 6
P.M.

Patrick rang her buzzer. No answer. He tried her cell phone number—she didn’t have a landline in her name—again, no answer. He looked around for an external security camera and didn’t see any. He easily hacked the keypad and the door opened.

Sean had taught him a lot of tricks over the years, and the former cop in Patrick winced at breaking and entering. Though, as Sean would say, he wasn’t breaking anything.

It took Patrick a few moments to get his bearings. First, he was surprised at the quiet. Even the traffic from the interstate a few blocks away had dimmed once he stepped inside. Music faintly played from somewhere upstairs. The lobby was a small square with a flocked Christmas tree in the center covered with blue and green glass balls. It looked fake. Christmas had always been Patrick’s favorite time of the year because his parents went all-out. They didn’t have a lot of money growing up, but Christmas was the time for making presents, eating far more than was healthy, and spending time with family. Decorating the Kincaid family Christmas tree—which they cut down themselves every year—was a party in itself.

You’ll be home for Christmas. This is a just a small delay.