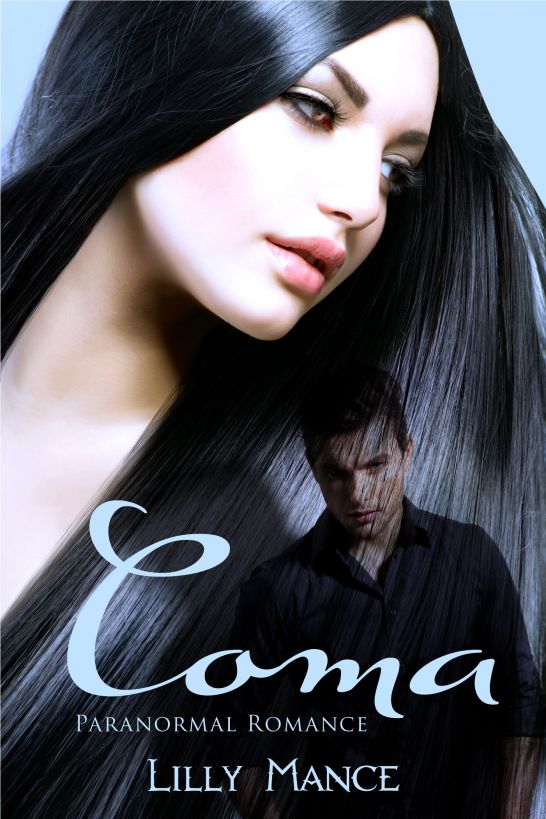 ALL RIGHTS RESERVED. No portion of this book may be
reproduced, stored in a retrieval system, or transmitted in any
form or by any means, mechanical, electronic, photocopying,
recording, or otherwise, without written permission from the
publisher.

PUBLISHER’S NOTE: This is a work of fiction. Names,
characters, places, and incidents are either the product of the
author’s imagination or are used fictitiously, and any resemblance
to actual persons, living or dead, business establishments, events,
or locales is entirely coincidental.

The author acknowledges the copyrighted or
trademarked status and trademark owners of the following wordmarks
mentioned in this fiction: Coke, Vogue, and Wolverine

SMASHWORDS EDITION, LICENSE NOTES. This ebook is
licensed for your personal enjoyment only. This ebook may not be
re-sold or given away to other people. If you would like to share
this book with another person, please purchase an additional copy
for each recipient. If you’re reading this book and did not
purchase it, or it was not purchased for your use only, then please
return to
Smashwords.com
and purchase
your own copy. Thank you for respecting the hard work of this
author.

Zack is a ghost. He has no recollection of who he is,
or why he lacks a body. He's not dead, of that he's sure. As soon
as he gets to a certain distance from Lyra, he gets snapped back
near her.

Lyra just graduated, but is taking a break from
further education. She's been able to see ghosts all her life, but
they couldn't see her. Till now. She's attracted to Zack, and
annoyed by him at the same time.

Her world changes when she discovers that being a
ghost is just as material as being alive. But, Zack is from the
future, and his life could be ended by a temporal war at any
moment.

Together, they'll have to discover if love that
transcends space and time is enough, or if there’s something more
to it than meets the eye.

To my daughter Rebeka.

Imagination is only the beginning.

A pen is neither good nor bad.

It’s what you do with it that makes it

a weapon of war or a tool of peace.

love is neither good nor bad.

It’s what you do with it that makes it

the ultimate punishment or the greatest reward.

My name is Lyra. I was born in 1995, but now
I'm a temporal guard in 2114. There's a temporal war going on, and
I'm about to make the biggest sacrifice a person can make to end
it.

The love of my life, my one true soul mate,
is about to be erased from my memory, and I from his. He will never
know I have existed, and I will be returned to my time with no
recollection of any of this.

I've been taught that history is for
learning, not changing. We've gotten ourselves into this mess by
repeatedly changing history through time travel. But I've also been
taught that one learns from one's mistakes, and I found the biggest
mistake mankind has ever made. What I learned, however, is that in
order to pay a huge debt, you have to make a huge sacrifice.
Unfortunately, no sacrifice is huge enough unless it's
personal.

It all started with a coma...

Seeing all those graduation caps in the air
meant only one thing. School was finally over, and the longest
summer was ahead of us. Helen and Maya, two of my best friends,
made it clear they were going to make the best of it since I wasn’t
starting college with them in the fall. Silly, but they took my
decision to take a break from education a lot worse than my
parents.

Mom and Dad were supportive. They disagreed,
definitely weren’t happy about it, but saw my reasoning. As long as
I made my decisions based on mature arguments and not some whim,
they saw it as a valuable life’s lesson. Their view of life as some
big playground where we learned from our mistakes gave me a lot of
freedom to work with, and I appreciated it. On the other hand,
Helen and Maya thought I was making the biggest mistake of my life,
and even tried to influence my mom into making me apply to
college––force me, to be exact. The one they would be attending,
that is––others weren’t an option.

When I thought about it, I looked forward to
having some time on my own for a change. I needed time to sort
things out, to think things through without my phone ringing every
half an hour. Past few months have been crazy; I hardly had any
time to stop with all the studying and partying going on. I swear
there were times the three of us resembled hyenas on meth––running
all over the place, trying to be at as many parties as we could,
while keeping our grades up, and laughing until our bellies hurt at
attempts to cover that black circles under our eyes. Going to
college would be only a continuation of it, and I couldn’t afford
that. I had to stop. It was time to find that inner GPS.

“Lyra, come on! We don’t have all day,” Helen
snapped me back to reality. “Get that yearbook signed, and let’s
get out of here!”

I pressed my yearbook tighter against my
chest, as if it was in danger of being stolen. Everyone I cared
about had already signed it, the rest were not important anyway. I
glanced around to see if I had skipped anyone, but ended being
disgusted by seeing a long line of people waiting to have their
yearbooks signed by the very person that abused them throughout
high-school––Bea Henderson, better known as Queen Bee. Although the
valedictorian speech was usually given to the best student in
school, this year it was given to Queen Bee for her overzealous
dedication to extracurricular activities. In other words, she was
the principal’s daughter. Thank God for that, because instead of
boring, presumptuous words, it turned up being a standup comedy.
Poor Bea thought we were laughing at her witty remarks, but the
reality was entirely different. Except for her parents, everyone
else laughed
at
her. Someone must have told her the truth,
because her long face, and occasional sour grins showed how much
fun she was having signing yearbooks.

Mom and Dad motioned for me to come over. Dad
had to leave for a doctor’s conference, so he wanted to hug me once
again before he left.

Letting me out of his embrace, he said: “I’m
proud of you, honey,” and kissed my forehead. “Mom's driving me to
the airport. I’ll be back in two weeks, and then we go job hunting
together.” I nodded, and squeezed him one more time.

“The last one home makes lunch,” Mom winked
at me, and grabbed Dad's hand.

“Deal,” I replied a tad too late. They were
slowly disappearing from my view, holding hands like a couple of
teenagers. Sweet. Four arms grabbed me from behind, and I instantly
knew who it was.

“We've got outfits to talk about,” Maya poked
me in my belly. “No time to mop around.”

“If you say so––” Maya grinned. “Anyway,
Helen has already agreed, and I need you on board, as well.”

“On board for what?” Nothing kinky, I
hoped.

“Oh, no. Not that again,” I slammed my
forehead. This “
we’re inseparable
” thing two of them had
going wasn’t really my cup of tea, but I always went along, because
it wasn’t their fault I was damaged goods, and couldn’t feel the
same. We hung out together all the time, I loved them as friends,
we had tons of fun, but I like to pee alone, thank you. “Do we have
to?” I whined.

“Yes, we have to!” Maya said with
determination in her voice, and Helen giggled behind her, knowing
the agony that posed for me.

“Okay,” I sighed. In my opinion, Einstein had
it all figured out––a bunch of suits, exactly the same ones, and he
never had to waste energy on what to wear.

Post grad party was scheduled down at the
beach, appropriately named “From Dusk till Dawn”. Surely, majority
will look like vampires at day break justifying the name. Thank God
it wasn’t a themed party where I’d actually have to wear a
costume––a single detail
certain someone
neglected to
mention to the geek team. I didn’t know how someone could be so
cruel to get a kick out of fooling a bunch of gullible wallflowers
into coming costumed. I could already see them with fake vampire
teeth, white stage makeup, and that hopeful looks on their faces,
only to meet ridicule. Argh, I wish one of them would discover some
balls, and bring that mean Queen Bee and her minions down. I really
hoped karma did exist, and would come back to bite her.

One excruciatingly long wardrobe conference
call later, and Helen and Maya were finally at my door, so I called
out:

“Oh, my!” Coming down the stairs, Mom clasped
her hands with visible adoration on her face. “The three of you
look fabulous! Just like in that hair commercial.” She wasn’t far
off. Each of us had thick, waist-long hair, but different color and
texture. Maya’s was curly, honey blond, and cascading graciously
down her back. Helen’s was wavy and light, platinum blond with
darker shades closer to her scalp. Mine was straight as an arrow,
dark brown, and couldn’t curl no matter what I tried. And tried, I
did.

“Totally commercial-worthy,” I replied with a
smile, and yanked my hair back, raising my chin.

“Let me take a picture. Who knows when I’ll
get a chance like this again––” Mom said, going through a drawer in
search of her camera.

Maya gave me one of those looks that said
“
you can still change your mind
”, so I frowned giving her
“
not that again
” look. Being friends with someone for so
long did have its perks––nonverbal communication was definitely one
of them.

After posing for Mom, we were out the door.
Maya’s barely-driving-car gave its several huffs and puffs before
it took us toward our destination. While Helen and Maya were busy
plotting their final moves to capture Brad and Darren’s attention,
and who could blame them––both guys were hotness incorporated, and
competition was tough––I enjoyed my solitude on the back seat. Maya
was into Brad for ages, and Helen went against her better judgment
falling for Darren. Whenever they would get overly excited about
guys or something, it would give me an opportunity to phase
out.

And there it was again! That strange feeling
as if I were slightly out of pace with the world, going too fast or
too slow, or maybe even having an out-of-body experience. As long
as I could remember it was like that. As soon as I got immersed in
my own thoughts, it would creep up on me. No matter how much I
examined that feeling, I never got any closer to understanding it.
It didn’t happen when I studied for tests, so concentration must
have played a role. It happened when I didn’t pay much attention,
when I was slightly daydreaming. I bet that was a reason why I got
to see those pesky ghosts from time to time––I got stuck somewhere
in between worlds.
I’m badly tuned
––that thought made me
snort and exit my dream state, and then I noticed Maya and Helen
watching me carefully. Apparently, we had arrived.
When?

The Cat of Christmas Past by Kathi Daley
Raptor's Desire (A Planet Desire novelette) by Delilah Devlin
It's a Vet's Life: by Cathy Woodman
Playing With Fire by Pope, Christine
Somewhere on St. Thomas: A Somewhere Series Romance by Neal, Toby
Or Not to Be by Lanni, Laura
Ascendance by John Birmingham
Rodeo Rocky by Jenny Oldfield
Landing Party: A Dinosaur Thriller by Rick Chesler
The Whispers of Wilderwood Hall by Karen McCombie
Our partner