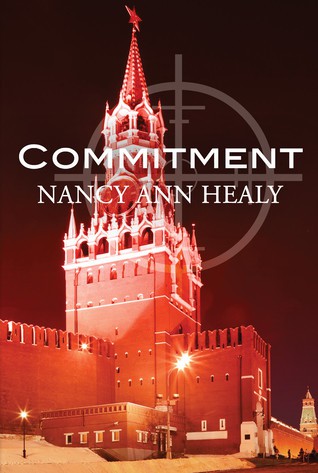 lex Toles sat at her large wooden desk sorting through carefully placed piles of financial reports and detailed inventory assessments. It was becoming familiar territory. In less than a year, the former FBI agent’s life had changed dramatically. The life Alex had resigned herself to for so long had vanished. She set down the paper in her hand and rubbed her temples lightly. Closing her eyes, she inhaled deeply before looking at the small clock on the corner of her desk. Her eyes traveled to the pictures just inches away, and a soft chuckle escaped her lips. The former Army Captain, NSA and FBI agent had been a confirmed bachelorette. She had been a woman who needed no attachments, only puzzles to solve. Alex gently lifted the framed photo of a beautiful fair-haired woman and a little boy. Attachments it seemed, were something she now cherished. The ringing of the phone snapped her from her private thoughts.

“Your wife is on line two. I know you had a call scheduled. Are you available?”

“Of course. You know, you can always interrupt me for family. Thank you, Marta. I’ll pick it up now,” Alex responded. She pressed the blinking line and closed her eyes. “Hi.”

“Alex?” Cassidy spoke softly. “Hey, are you all right?”

“In fact, I do,” Cassidy said lightly. “You still making the trip home tonight or are you going to stay at your mom’s?” Cassidy asked. Alex huffed. This was one of the changes in life that frustrated her. Her father’s sudden death six months earlier put Alex in the unique position to assume the helm of his company. Unfortunately, that meant longer periods away from home than Alex cared for.

An investigation that had begun with her wife’s ex-husband, Congressman Christopher O’Brien, had taken many unexpected twists and turns in the last months. Turns that led her to meet the woman with whom she now shared her life. Twists that led her to discover an underground collective within the intelligence community whose agenda she still could not fully discern. Change, it seemed was inevitable, and it permeated every facet of her life. Learning of her father’s long term involvement and his company’s role within the intelligence community was only the tip of a behemoth iceberg. The assassination of President John Merrow, her former colonel and friend, changed the intelligence game completely. His career as a CIA agent had made his occupancy of the Oval Office a major boon for a group known as The Collaborative. Alex was certain that President Merrow’s decision to maintain a greater loyalty to the people he was elected to serve than to his intelligence roots led to his murder.

The stakes were high for Alex. Few knew the truth; that a small boy Alex Toles now called her son was, in fact, the former president’s biological child. It increased the risk to Alex’s family, and that only furthered her resolve to protect them. Since assuming the helm at Carecom, Alex had uncovered even more disturbing realities. Her father’s company was a front for both sanctioned and unsanctioned CIA operations and funding initiatives. Nicolaus Toles had dedicated his life to the
agency
. Alex still remained unsure where all of her father’s loyalties had been placed.

Alex’s position at Carecom was accompanied by the establishment of extremely unlikely alliances and a new identity of sorts. To most of the world she was now Alexis Toles, President and CEO of Carecom. Within the world of intelligence she was Alex Toles, CIA agent, a covert operative, the spider; a spy. This was a world where trust was a precious commodity, not readily given. It was a world Alex found both intriguing and mind numbing. But, as much as her new found career often consumed her time and attention; it paled in importance whenever she heard the sound of her wife’s voice. Home was a place Alex longed to be and home was not the halls of Carecom. She pinched the bridge of her nose and answered her wife’s question definitively. “I’ll be home tonight. I have a call in fifteen minutes. I’m leaving after that.”

Cassidy licked her lips and shook her head. “I have an idea.”

“Not
that
kind of idea,” Cassidy chuckled.

“Well, maybe that kind of idea,” Cassidy confessed. “That wasn’t what I meant. Just do me a favor and go to your mom’s when you are done. You and I both know that you will not be leaving there anytime soon.” Cassidy could hear Alex’s breath catch as she mounted a protest. “Alex…just go to your mother’s.”

“Cass, I don’t want to be apart again tonight. This has not been the easiest time for you.” Cassidy took a deep breath and nodded on the other end of the phone. “Cass?”

“I’m here. No, it hasn’t. But, you will be much better after you get some sleep. Your back is not going to cooperate with a two and half hour drive after working all day. You’ll be miserable all weekend. The weather is supposed to be good tomorrow, and we promised Dylan we’d get a Christmas tree. I need you to be able to help with that.”

Alex let out a frustrated sigh. “I hate this.”

“I know. I do too. Please, just humor me? I’ll call you later,” Cassidy promised.

Reluctantly, Alex acquiesced. “Okay. I love you; you know?”

Alex set down the receiver slowly and glanced at the photo on her desk again. “Marta?” she called her assistant.

“Oh for heaven’s sake will you please call me Alex? It’s been close to six months!”

“Whatever you want Ms. Toles.”

“Marta!” Alex shook her head but smiled. “Can you please get my mother on the line?”

Alex began readying herself for her last call of the day when her cell phone rang. “Toles,” she answered.

“No meeting,” the voice responded.

“Nice of you to call, Pip,” she poked at the man on the line.

Alex rubbed her face with her palms. “Where?”

“Can you get downtown?”

“Yeah. At this time of day, it is going to be a couple of hours. Where?” she asked.

“How about a winter stroll? Maybe a little shopping?” he suggested.

“Dylan, slow down!” Cassidy called to her son as she walked through the door of her mother-in-law’s home.

Helen Toles took the bag from her daughter-in-law’s hand and sighed. “Cassidy, you look exhausted. Are you all right?”

“Yeah; I am.” Immediately, she saw the skepticism on Helen’s face. “Honestly, I promise.”

“This custody battle is wearing on you,” Helen observed. Cassidy rubbed her forehead and closed her eyes. “All right; what do you say we go sit and have a cup of tea?” the older woman suggested. “Alex just called. You were right. She’ll be later than she expected. Said she got called to an unexpected meeting.” Cassidy just nodded. “I know,” Helen said sympathetically as she placed her arm around Cassidy.

“I just miss her,” Cassidy confessed.

Helen took a deep breath. After years of tension and a lengthy separation, she had grown closer to her daughter over the last few months than she had ever dreamed possible. One thing that Helen Toles understood clearly; the woman she now guided to her kitchen table was the driving force in the evolution of that relationship. She was eternally grateful to Cassidy for that. Alex had been spending several nights a week at her parents’ home since taking over her father’s company. It was a welcome turn of events for the older woman, but she knew that the distance was taking its toll on both her daughter and her new family. Alex had recently confided in her mother that she was making plans to change the situation as quickly as possible. It was something she wanted to surprise Cassidy with as a Christmas gift. Looking at her daughter-in-law now, Helen was tempted to break her silence. She opted for a softer approach. “She misses you too,” Helen assured Cassidy with a solemn smile.

Lovers at the Chameleon Club, Paris 1932 by Francine Prose
THIEF: Part 2 by Kimberly Malone
Every Breath You Take (Oasis Book 1) by Kenna Avery Wood
Her Proper Scoundrel by A. M. Westerling
Murder Down Under (A Darcy Sweet Cozy Mystery Book 17) by K.J. Emrick
Peeper by Loren D. Estleman
Walk by Faith by Rosanne Bittner
The Cutting Edge by Linda Howard
An Ember To Bear (Fire Bear Shifters 5) by Sloane Meyers
The Limpopo Academy of Private Detection: No. 1 Ladies' Detective Agency (13) by Alexander McCall Smith
Our partner