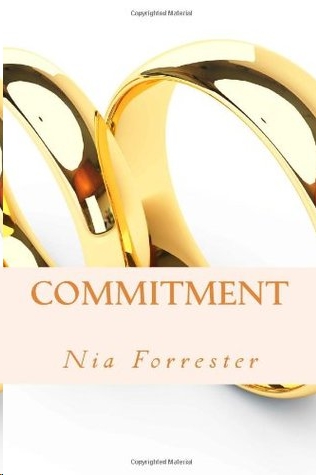 This is a work of fiction. Names, characters, places, and incidents are the product of the author’s imagination or are used factiously. Any resemblance to actual events or persons, living or dead, is entirely coincidental.

All rights reserved. No part of this book may be reproduced, transmitted, downloaded, distributed, stored in or introduced into any information storage and retrieval system, in any form or by any means, whether electronic or mechanical, without express permission of the author, except by a reviewer who may quote brief passages for review purposes.

Greg dropped the issue of
Newsweek
face up on her desk without saying a word. Riley looked up at him and after a moment, shrugged.

“Do you know who he is?” Greg, glasses perched at the end of his nose, stabbed a finger at the face on the cover.

“Why is he on the cover of
Newsweek
, Riley?”

“What does it say under his picture?”

Riley hesitated. What was this, a test? “It says, ‘Prophet or Pariah?’”

“Do yo
u know what’s wrong with that?”
Greg took off his wire-rimmed glasses and began cleaning the lens with a tissue.

“But first we’d have to accept that he actually is a cultural icon.”

“Well, that’s precisely my point.
Newsweek
says he is, so I suppose we’d do well to find out. In any event, he’s in town. He’s going to be at a W-KOOL party tonight. Here’s a pass to that party. Get an interview, do a story, have it for me by next Friday.”

He had already turned and was walking away when she stopped him.

“Actually Greg, if you remember I have that other thing I’m working on.”

He looked at her evenly.

“Everyone else already passed. So I’m afraid you’re it.”

He dropped a pink card on Riley’s desk and walked out without another
word. Tonight. Riley exhaled and looked at the magazine cover again. K
Smooth
. The rapper
du jour
.
His moniker sounded like an ice cream flavor.
The fact that
Newsweek
had taken notice of him before they had clearly unsettled her editor-in-chief. After all, they were
Power to the People
, the so-called ‘voice’ of t
he African-American community.
If a rap star showed up on the cover of a mainstream publication, particularly a rap star they hadn’t recognized as significant, it might mean they were losing their edge. Not that they had ever considered anything related to hip-hop significant before. Greg was a product of the civil rights movement who favored the more passive forms of civil disobedience. He had never shown even the slightest interest in the rabblerousing rap community before now
;
regardless of whether they had a positive message.

K
Smooth
was t
he latest rapper on a mission
–
he seemed to be on magazine covers every other month
and
his videos ran on MTV just about every
fifteen minutes so even though
Riley wasn’t interested in rap any longer, she would have to be culturally oblivious not to know who he was.
As
far as she was concerned, the spark went out in her short-lived love affair with hip-hop around the time every other rapper started rhyming about Cristal and cars. And clearly her colleagues all felt the same way. She didn’t know whether to be flattered or insulted that she was Greg’s la
st choice for this assignment
.
Everyone
else was busy trying to crank out something that would win the Pulitzer before they turned thirty,
and
she was stuck with some hip-hop puff piece
.
Awesome
.

She opened the magazine to the story, scanning the pictures – K
Smooth
in his “Washington D.C. area” townhome and another, of him shirtless and sweating on stage, the lighting making the most of his washboard stomach and sepia complexion.

Then there was the same old sad tale – father wasn’t around to begin with, mother disappears into addiction, raised by grandmother, brief foray into a life of crime,
blah, blah, blah.
And the description of his music:
“K
Smooth
’s lyrics are a fiery mix of the consciousness-raising and the crass. One is left wondering which of these
provides an accurate window into
the soul of the artist.”

She looked up just in time to see Tyrone stick his head in the doorway of her office, a barely concealed smirk on his face.

Tyrone was the only writer on staff who had
an
affinity for urban culture pieces, so it stood to reason that this assignment would have caused
him at least a glimmer of interest but even he had passed on it.

“Sounds more like your thing than mine,”
Riley said, trying to appear untroubled.

“Yeah, but who wants waste time telling a story that’s already been told?” Tyrone shrugged. “And told by
Newsweek
, no less. So good luck with that.”

Before she could think of a clever retort, he was gone. That confirmed it – this was a crap assignment. Every once in awhile Greg would get a notion – from something he saw on television or read
someplace else
– that they were falling behind. And with subscriptions down for even the biggest names in the business, he was often skittish about Power to the People’s prospects in an increasingly electronic age. Many a staff writer had gone down a rabbit
warren
at Greg’s behest, searching for a story that just wasn’t there.
This felt like one
of
those times.

Riley flipped over to the magazine cover and looked at the rapper’s picture again. Not bad. Hair shaved close to the scalp, square jaw and full, sensual lips. Dark, deep-set eyes and unbelievable eyelashes. He was staring into the camera with the same defiant scowl that all these guys seemed to have mastered.

And according to . .
. what was the reporter’s name?
Acc
or
ding to
Rhonda Beckford, his anger seemed “directed
” and “coherent.”
Yeah.
Sure
, it was
.
Riley slid the magazine aside and thought little about it for the rest of the day.

Club Hypnotiq was a popular nightspot in Midtown that frequently showed up in the papers as the site of some moderately unsavory incident. Never quite terrible enough to have the place shut down, but just enough so that most sensible adults steered well clear of it if they were looking for a drama-free night out. The garish pink neon sign hanging outside was reminiscent of
Hollywood’s rendition of
a strip club which was pretty appropriate if you considered the attire of the clientele.

When Riley arrived to take a place in line, there were already about a hundred people waiting. Most of them were young women
who
,
despite the cold,
dressed in short shorts or mini-skirts, tiny tube tops and shoes that were so high as to be ridiculous
.

When had
this
become the standard? There were far fewer guys, and like
the women – girls, really – they seemed incredibly young.
If Riley had to guess, she would say that about a third of the partygoers would flash fake ids to get in.

Pulling out her
phone
, she sent a quick text message to her best friend, telling her where she was.
Tracy would be just leaving the office right about now. She seldom ended her
work day
before seven and Riley could almost always tempt her with an offer of a good bottle of red wine in a mellow atmosphere. The mellow atmosphere was clearly not in the cards, but she was more than happy to pony up the wine.

Tonight she could use the company and it didn’t hurt that Tracy was something of a man-magnet. Even in her business attire, she was almost certain to draw the attention of the rapper since
she looked kind of like
a video vixen, complete with the auburn hair and hazel eyes.

It only took a few moments for Tracy to reply.
You’re WHERE?

Riley tapped out her response.

Hell to the no. You’re on your own
, Tracy responded.

After almost an hour, Riley was still standing behind about ten people, waiting to be admitted to the sanctum sanctorum of the nightclub
fidgeting
with her pink pass
, cursing
under her breath
and seriously considering ditching the whole enterprise.
She had just worked
out in her head what she would say in an effusive email apology to Greg when one of the bouncers crooked a finger in her direction calling her up to the front. He took the pass from her fingers and looked it over.

“It is?” Riley took it back and looked
at
it.

“Yeah. It means you don’t have to wait in line. You get to bypass all this and go to the VIP lounge. Let me get someone to take you.” He beckoned another guy over and handed him the pink pass, putting a hand on Riley’s back. “Unlimited access.”

Riley smiled at her usher.
Unlimited access.
That was precisely what she needed
.

As they entered
,
t
he
onslaught of
music was deafening and the throng on the dance floor was moving and writhing, bumping and grinding to the music.
Trying to do
an interview under these circumstances was going to be impossible, of course, but it also gave her a convenient out.  She would circulate for a little bit, just long enough so that she
could tell Greg she made a
bona fide
effort, and then she would meet Tracy at a place where
grown-ups could hang out. But as the usher led her down a long hallway and toward the back of the club, the music subsided into the distance and suddenly an entirely new scene opened up in front of them.

The Girl from the Sea: A gripping psychological thriller by Shalini Boland
Divine Intervention by Lutishia Lovely
Gospel by Wilton Barnhardt
Asian Heat by Leather, Stephen
#5 Icing on the Cake by Stephanie Perry Moore
Malevolence - Legacy Series Book Two (The Legacy Series) by Devyn Dawson
Leading Lady by Leigh Ellwood
Only in My Dreams by Darcy Burke
Killer Crab Cakes by Livia J. Washburn
ICAP 2 - The Hidden Gallery by Wood, Maryrose
Our partner