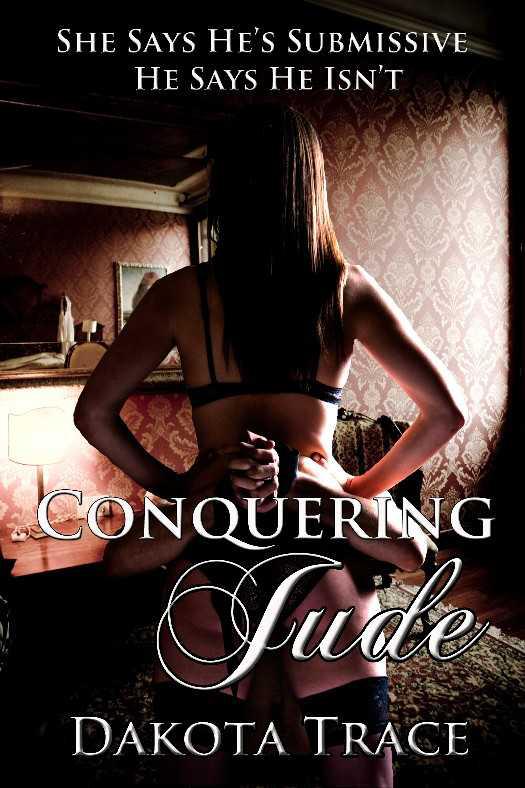 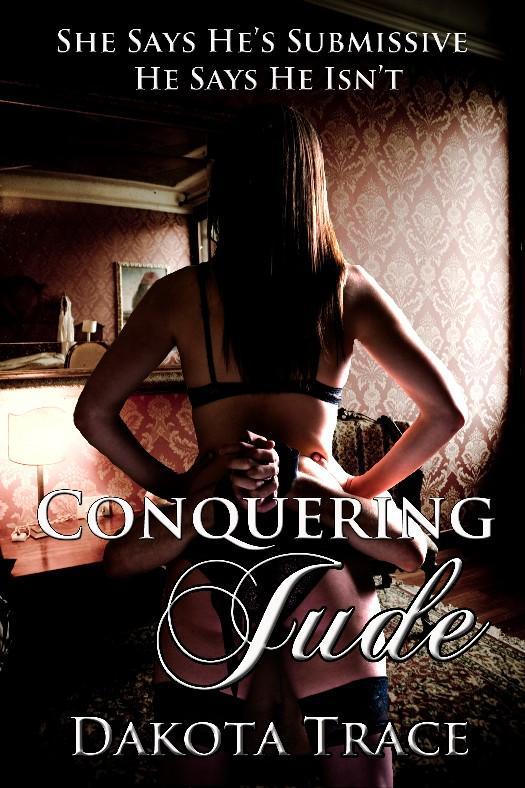 This book is for sale to ADULT AUDIENCES ONLY. It contains substantial sexually explicit scenes and graphic language which may be considered offensive by some readers. Please store your files where they cannot be accessed by minors.

All sexually active characters in this work are 18 years of age or older.

This is a work of fiction. Names, characters, places and incidents are solely the product of the author’s imagination and/or are used fictitiously, though reference may be made to actual historical events or existing locations. Any resemblance to actual persons, living or dead, business establishments, events or locales is entirely coincidental.

This is book is dedicated to all those women, like my sister, Tammy, who take charge of their destinies and be damned the consequences. I think we all have a little bit of Olivia in us, some more than others – that includes you, Sissy.

“Please, Mistress…please!” The pleading man’s cries barely registered. Just like most things in her life at the moment, little affected her. Standing behind the man, Bozka “Olivia” Metjka surveyed the submissive in front of her. Bound to a St. Andrew’s cross, the man was wearing nothing, not even a thong to cover his throbbing erection. Moving towards him, she trailed a kidskin gloved hand over his dark sweating chest. It was marked with the lovely burgundy welts she’d administered.

“I see you love my little friend.” Taking the friend in question, a six foot long bullwhip, she caressed his erection with its handle. The man thrashed around trying to rub his cock against it. With his mixed heritage, a blend of mostly African-American and Asian, this scene could’ve been reminiscent of a time long ago, but instead of being involuntarily restrained for the severe whipping like slaves of a bygone era, he was here willingly. He had come to her begging to feel her lash once more. His need for pain and humiliation was endless.

“Gods yes, Mistress! Please.” The unusual blue eyes pleaded with her. Stepping back, she gave him an evil smile before giving the inside of his thigh a strong whack with the handle. The crack of the leather handle against flesh, followed by the resulting moans should’ve been music to her ears. She should’ve been dripping with need. Tall and slender, Micah Beaumont was a beautiful mixture of both cultures and one of her favorite type of slaves to play with. He loved the pain and humiliation that was bound to be found if you ended up under Mistress Olivia’s whip. Instead of being excited by the male who was trembling and begging for his release, Olivia simply felt…nothing. Not even boredom, just a faint sense of resignation that she was merely going through the motions. It wasn’t fair to the submissive, Micah, nor to herself.

Flipping the whip around in her hand, she stepped back a fair distance. Looping the coils of the whip with ease, she turned around, ignoring the slave’s cries of protest.

“Please, please, oh God, please Mistress. Don’t leave me. What did I do wrong?” The sounds of his struggles against his bonds were slight but noticeable to a woman who’d been in the BDSM scene as long as she had. Rolling her shoulders in preparation, she waited until his begging was at a peak. When true sobs of frustration and desire came from behind her, she struck with lightning speed. Her left arm uncoiled the whip and in a smooth motion that would’ve done Indiana Jones proud, she slung her arm over her shoulder. The whip responded like a lover to her touch. Alive and writhing, it hit with daring accuracy, just below his left nipple. Arching his back, a sob of pleasured agony left his mouth.

In rapid succession, she landed several blows, first to his left deltoid then to his right pectoral before moving lower to his abdomen, finally to the taunt muscles of his upper thighs. With each strike, loud male cries flooded the room. Ignoring the sweat beading on her forehead and the slow burn of her left arm as she lashed at the bound man, she concentrated on hitting all of Micah’s hot spots.

“Oh…you’re a goddess, Mistress!” His head was tossing as the strokes of whips grew closer to his raging hard-on. Just before reaching it, she let the whip fall silent. A low moan left the man. Micah’s trembling body proved to her that he was on the verge of climax. Striding forward, she roughly grabbed his cock at the base and squeezed.

“You weren’t thinking about coming without permission were you?”

Dazed blue eyes tried to focus on her. He shook his head and tried to form the words, “
No, Mistress.”
Seeing how far gone he was she knew the moment was upon him. She’d done what he’d asked. He was now floating in that special place called sub-space. Handling his cock with deft fingers she brought him swiftly to the edge.

Blurry blue eyes opened and she saw the gratitude in them before his tongue and lips went to work, quickly cleaning away any trace of his release. She dropped her hand and stepped back to retrieve the cart standing a few feet away. Hot water steamed in a bowl, thick washcloths and fuzzy towels were heaped next to them. A stack of warmed blankets were piled on the bottom shelf. A bottle of witch hazel and a small flat tin of a medicated ointment completed the aftercare tray.

Using soothing motions, she released the leather cuffs holding Micah. He nearly fell when she loosened his bindings, but years of experience had taught her how to deal with men larger than her own petite five foot three frame. Sitting down on the small settee a few feet from the tray, she snagged one of the blankets and wrapped it around him. Guiding him down to rest against her, she held his head against one shoulder while the remainder of his body was stretched out next to her. His breath hissed out as the pressure of the blanket and buttery leather of the settee rubbed against his welts. Running her fingers over his sweaty scalp, she murmured nonsense things, knowing he was still lingering in sub-space.

“That’s a good
mal-chick
.” She brushed her fingers over his face. “You’re a good little boy,” she translated. “You did well for your Mistress, Micah.” Her distinctly Russian accent slipped out as his eyes opened slowly. He was coming around. “That’s right come back to me, slave. See how you’ve pleased me with your submission.” Keeping up the soothing dialogue, she wasn’t sure how long she spoke to him before he finally came back to her. Once he was a bit more coherent, she reached for the washcloths.

Dampening one with water, she pulled back the blanket to gently wash his chest and arms, taking care not to miss a single inch of his mocha colored skin. His breath came out in a relieved sigh. She shifted until he lay flat on his back, then she parted the blanket further, exposing all of his dark skin to her gaze. Rewetting the cloth, she started at his calves this time and moved up. Even though she hadn’t struck his legs that far down, she knew the warmth of the water felt good against the skin. Taking care with his upper thighs, she mentally winced at one welt that was oozing a bit. “I’m sorry slave, perhaps I was a bit too vicious with the whip.” Reaching for the tin of medicated ointment, she dipped her finger into its creamy depths. Micah’s hand rested on her wrist, stopping her.

“There is no need to apologize Mistress. I wanted it.” The sincerity in his gaze assured her all was well.

“Of course you did,
mal-chick.”
Applying the ointment, she began to hum a Chechen lullaby under her breath.

“That tune is beautiful, Mistress. Won’t you please sing it for me?” She glanced up at his face. It wasn’t an unfamiliar request. Many of her submissives had heard her hum the lullaby and usually asked her to sing it. She always refused. It brought back too many bad memories.

“Oh,
mal-chick,
you don’t want to hear this old woman sing.” Twisting at the waist, she snagged the witch hazel from the cart. “My voice is enough to make the angels cry out for mercy.” Unscrewing the cap, she squeezed a generous amount onto a fresh clean washcloth. Soothing it over his skin, she paid special attention to the areas around his welts. At his quickly indrawn breath, she smiled at him. “Cold?”

He nodded. “Yes, Mistress, a bit. But your hands do feel good.”

She smiled at the younger man. “Of course. I’ve been known to bring pleasure as well as pain.” Closing the cap, she set it and the cloths back down on the tray. Looking over at him, she pasted a smile on her face. “What level are you at, slave?” The traditional question from Master to slave had the smile on Micah’s face fading.

She gave his hand a squeeze. “Good. I need to clean up the cross real quick.” Standing, she walked over to the small fridge on the other side of her playroom. Grabbing an ice cold bottle of water, she carried it back to the man. “Drink some of this for me,
mal-chick.
”

After making sure he did as she instructed, she headed back to the cross. Spraying it down with antibacterial spray, she wiped it off with a clean rag. It was a familiar ritual. When she returned to the settee, Micah was once more sitting up. The blanket she’d given him was now draped over his lap.

“Mistress, may I speak?” The formal question had her frowning.

He pushed the blanket aside and knelt at her feet. “This slave wishes to pleasure his Mistress.”

Sighing, she placed her hand on his bent head.
How do I deal with this? He’s sexier than hell and any other Domme would have him bedded in a heartbeat. His love of pain and humiliation should have been an aphrodisiac for a woman like me. Damn this ennui! If anyone had ever told me I would lose my interest in sex, I’d have laughed.

Mulling over her options she was trying to figure out how to let him down without hurting his feelings. A sub coming down from subspace was very vulnerable. One wrong word or gesture could cause irreparable harm. She was just getting ready to open her mouth when there was a knock on the door.

“Mistress Olivia?” The feminine voice was faint through the thickly padded door.

“Enter.” Olivia called. As the owner of Olivia’s it wasn’t uncommon for her scenes to be cut short by business, but all the subs who played with her knew this was a possibility. Even though Olivia had a rule about being interrupted, sometimes it was simply unavoidable.

One of her newer servers came into the room. She kept her head bowed and refused to look at the naked Micah who hadn’t moved from his position at her feet. “I’m sorry for the interruption, Mistress. There is a man here from Larson’s Security. You left instructions with Carlos to be informed when he arrived.”

“Indeed I did.” She gave Micah’s head one last rub. “I’m sorry,
mal-chick,
but I have to attend this matter. Can I have a rain check on your generous offer?”

“Of course, Mistress.” Micah’s voice was dull. Olivia frowned. Reaching down, she lifted his chin with her hand. “Do you doubt my word, Micah?”