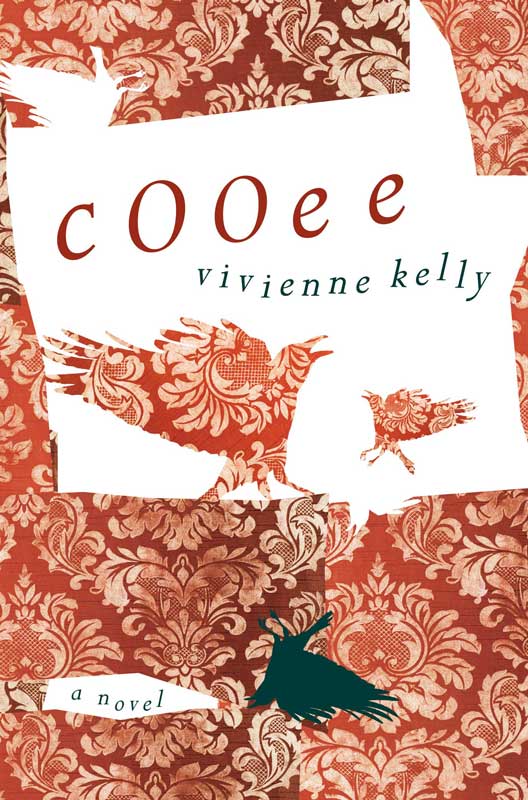 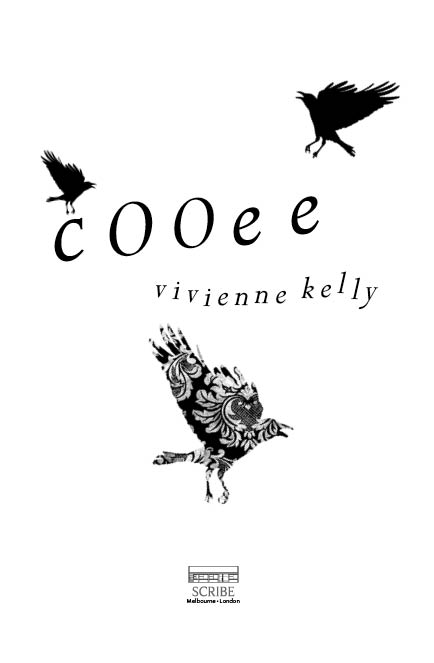 All rights reserved. Without limiting the rights under copyright reserved above, no part of this publication may be reproduced,stored in or introduced into a retrieval system, or transmitted,in any form or by any means (electronic, mechanical, photocopying, recording or otherwise) without the prior written permission of the publisher of this book.

Who am I? It's a good question, when all's said and done. It's something I often ponder. To Sophie I am Gandie. To Kate I am Mum â a nice, normal name, which absolutely fits, given that Kate is such a nice, normal person. To Dominic (who repudiates relationships filial or maternal, doubtless for his own good reasons) I am Isabel. His partner Paula doesn't call me anything at all. To my sister ZoÃ«, for reasons relating to a childhood joke long since forgotten, Minky. (Interestingly, I never had a name for ZoÃ«. She was just ZoÃ«.) My oldest friend and professional partner Beatrice calls me Izzie. I detest the name, but she's always done it.

To Max I was Belle. Belle, Bella, ma belle.

The hapless Gavin calls me Millie. This is because he has constructed and sportively elaborated an acronym for Mother-In-Law. When I say that this is one of Gavin's better jokes you will have some idea of his general standard. And Liam of course knows me as Gandie, because that's what his sister calls me.

What's a name, anyway? (Others have said this before me, I know.) It's a handle, for our acquaintances and relatives to use in their dealings with us. It's a handle that frequently tells us more about the people using it than ourselves.

I don't have a name for myself. Do any of us? Do we create names for ourselves, to add to our comfort or security or confidence or simply for a welcome clarification of one's role in a complex and bewildering world? I don't. I change, as chameleons are supposed to do (although I never really believe that's true: it seems one of the unlikelier myths, like pelicans piercing their breasts for blood â so implausible when you think of it, given the shape of a pelican's beak â or phoenixes being reborn from their own ashes); I change depending on who I am with, who is conversing with me, seducing me, launching the current demand at me. Sophie draws my sweetness, Kate my anger, Dominic my yearning.

Yet it seems to me I must somehow â mustn't I? â be more than the sum of the parts I play. I don't believe anybody profoundly knows me â least of all my granddaughter Sophie, who loves me best, and to whom in curious ways I feel closest.

But there's nobody now who takes in the whole inchoate lump of me, who understands the messy ins and outs, who gets past the particular stereotype he or she has constructed to deal with the tricky thing â the problematic and demanding thing â that the relationship with me seems always to turn into.

The acerbic mother, the resentful daughter, the thorny little sister, the distant wife, the passionate lover, the indulgent grandmother. How we all rely on these paradigms to navigate ourselves through the maze of communicating with people, of relating to our relations!

I've created stereotypes of my own, of course, for them. Kate is the dutiful daughter; Dominic the edgy, prickly, whimsical son; ZoÃ« the irritating authoritative big sister. It's a matter of expectation â especially, I suspect, where one's children are concerned.

When those small explosive bundles of babies burst into our lives, each is freighted with its burden of parental expectations. I expected my children to be good children; I expected to love them; I expected them to love me. I wouldn't have been surprised, oddly, by major reversals: I wouldn't have been amazed to find a bit of hatred in the mix, because hatred is passion, almost a part of fierce loving. What I didn't expect were the minor blemishes, the trivial flies in the ointment. I didn't expect to be annoyed by them, to find that they produced inconsequential but perpetually discordant notes in the harmonies I was trying blindly to build into my life, the music I was trying to live.

You would die for your children. You would kill for your children. I thought it would be like that, and it was. Even when you don't like them much, you'd still die for them. It's such a big, sweeping emotion, you expect it to carry everything before it like a vast thundering avalanche, and instead it gets tripped up and subverted by pebbles, branches, bits and pieces aggravatingly strewn across the course of every day.

Children are the centre of one's emotional existence, the fuel for all one's hopes, the source of one's most profound joys; they are also bothersome and inconvenient and exasperating. This is the ambiguity no one is prepared for before actually becoming a parent; it is also the tiresome truth not enough people admit to after becoming one.

But my grandchild slid into my world without beforehand arousing my expectations, and I was therefore unprepared for her. When Kate put her into my arms with that fey and timorous smile of hers that always infuriates me even as it moves me, I had not anticipated the great surge of passion that flooded my body.

I gazed into Sophie's pale squashed face with its eyes closed into slits and its black eyelash silk forming a short fine crescent on either cheek. I started to tremble and I was afraid I would drop her. I sat down, abruptly, and admired this tiny, new person. I tried to stop the tears from rising. I glanced up, and saw Kate's face, which was now apprehensive, fearful. Why must she always want my approval? I wondered, vexed with her for not looking proud and triumphant, as a woman should look who had produced such a miracle.

âShe is gorgeous, isn't she?' As if Kate needed to be reassured, I thought; as if she had to be told her own daughter was beautiful. Where were her wits?

âShe's very gorgeous,' I said, steadily, still trying to deal with all this starry blood that was flushing through me, scouring my veins, thumping behind my eyes. âVery beautiful.'

Kate leant back on the pillow and closed her eyes, as if vindicated.

It is an interesting question, this one of grandchildren. I think one of the reasons they tug at us so is that we have lost the bounce we had as parents: we are older and tireder and less elastic; we sag more, emotionally. We have lost our brightness. We have disappointed the people we love; they have disappointed us. The new child is the opportunity for a new relationship; it offers the chance of being a new person, one who is still bright, who does not disappoint.

I have tried never to disappoint Sophie. As she nibbled her way into my heart with her pearly little teeth, I did not need to try to love. But I have tried to be loveable. I have consciously tried to attach her to me, tried to beckon and fascinate and hold her, in ways I never tried with my own children â or perhaps was not capable of, with them.

Perhaps I give in to her too much. There was a curious incident when she was five or so. We had been shopping, and it turned out that what she wanted most in the world was a string of lilac beads. It was a small-enough thing, and I had no idea Kate would disapprove. Truly, I did not.

When we returned, the child with her sparkling trophy (I have to admit, they were dreadful, tawdry things, but she was only young after all) strung around her neck, Kate pulled me up sharp.

âI don't allow her to have jewellery.'

âFor heaven's sake, Kate. It's a string of beads.'

âI don't think little girls should wear such things. You never let me wear them.' Suddenly Kate's eyes are brimming with tears; she is screaming at me. âWhy didn't you let
me
have them? If it's only a string of beads, why wasn't
I
allowed to have them?'

This is a grown woman, weeping for something that happened â or didn't â twenty years ago. This is typical of Kate: the big emotional storm over sheer trivia, the accusatory tears, the sudden tornado that blows up in an instant out of nowhere and disappears as rapidly.

âKate,' I snap. Sophie is looking on, curious, interested, ready to be upset because her mother is upset. âKate, get hold of yourself, for goodness' sake.' I indicate with a jerk of my head what she already knows, that the child is there, that the child will be distressed at any moment. How ungovernable she is, with these swift storms! Has she really never grown up past this stage of simmering indignant adolescence?

I never did learn how to manage Kate. ZoÃ« used to take me to task over her. Once, I remember, when Kate was I suppose fourteen or so and had done something silly, I spoke sharply to her and she fled.

âWhy do you treat her like that?' says ZoÃ«, speaking sharply herself, as she usually did. To me, anyway.

âWhy do you flick at her like that, all sarcastic?'

âBecause I love her.' Isn't it obvious?

I roll my eyes.
Cruel?
I think.
Moi?
This is ZoÃ« speaking, my sister, she who bit painfully at my heels all through my childhood and adolescence, she who constantly berated and criticised and attacked and punished. And, suddenly,
I
am the cruel one?

âWhy don't you do it to Dominic, then?' she asks, accusingly.

Because I love him. What other answer is there? Because I love him, my dark, remote Dominic, who refuses ever to permit a diminutive form of his name. He has always scowled when called Dom, Dommy, Nic, Nicky; once we even tried Domenico: to himself he is always and only Dominic.
He
knows what his name is and who he is.

My Dominic, my changeling son, who as a baby used wide-eyed to pump my breasts, gazing at me distrustfully. âWhere did you come from?' I'd ask him. âNot from me, I'm certain. Someone swapped you, didn't they?' His steady stare agreed.

One of the surprising things about Dominic was that in some ways he was so much what I had hoped for, what I had even expected, albeit nervously. As dark as Kate was fair, as mercurial as she was placid, elfin where she was bovine. Physically and temperamentally, he was all I'd imagined; and as he grew older it became clear that his intelligence was as lucid and ranging as I'd assumed it would be. But the closeness I had also imagined, the intimacy and transparency that was to have existed between us: this never eventuated.

I suppose there were occasions on which Dominic as a toddler raised his chubby arms to me and did or said something that made me feel he loved and needed me. Offhand, I can't bring such occasions to mind. Always, he regarded me dispassionately and from a distance: across a playground, a table, a breast. Never a loving child, he has grown into an unloving adult.

The Man In the Rubber Mask by Robert Llewellyn
The Orb of Wrath (The Merchant's Destiny Book 1) by Nic Weissman
Evil Relations by David Smith with Carol Ann Lee
Portraits and Miniatures by Roy Jenkins
Wolf's Cross by S. A. Swann
Night Flight by McKenna, Lindsay
The Duchess Hunt by Jennifer Haymore
Tides of Truth [03] Greater Love by Robert Whitlow
Water Witch by Jan Hudson
True for You by Valentine, Marquita
Our partner