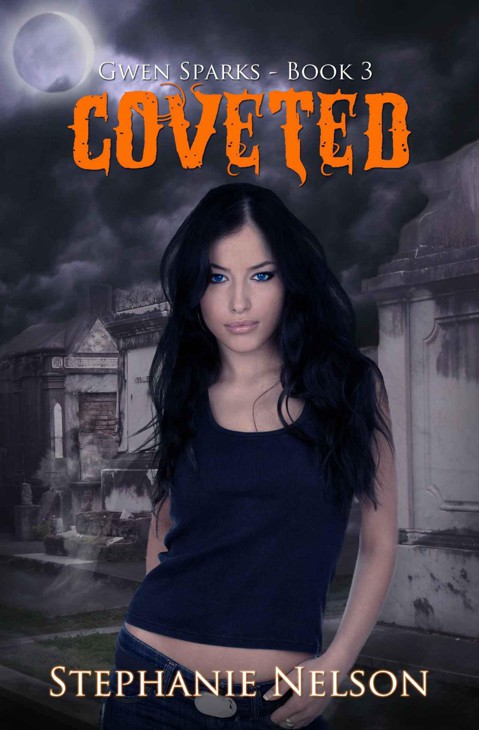 Book 3 in the
Gwen Sparks Series

This book is a work of fiction. Names, characters, places and incidents are products of the author’s imagination or are used fictitiously. Any resemblance to actual events or locales or persons, living or dead is entirely coincidental.

Cover design:
Once Upon a Time Covers

Dedicated to my mother: the woman who taught me

what it means to have an imagination.

First and foremost, I have to thank those who have stuck beside me since my first book,
Craved
. You guys have believed in my journey and lifted me up with your kind words. If it weren’t for readers like you, I wouldn’t be able to do what I love. A million thank-you’s would never be enough!

Next, I have to thank my husband. Though I spend 90% of my time in my office, you never complain. You have been my rock and the best support system a girl could ask for.

Thank you to all my writer buddies who are always willing to offer advice or make me laugh. You guys are the best! A big thank you goes out to Sarah Ross who lent a fresh pair of eyes and helped beta read my book, though she’s busy writing her own. 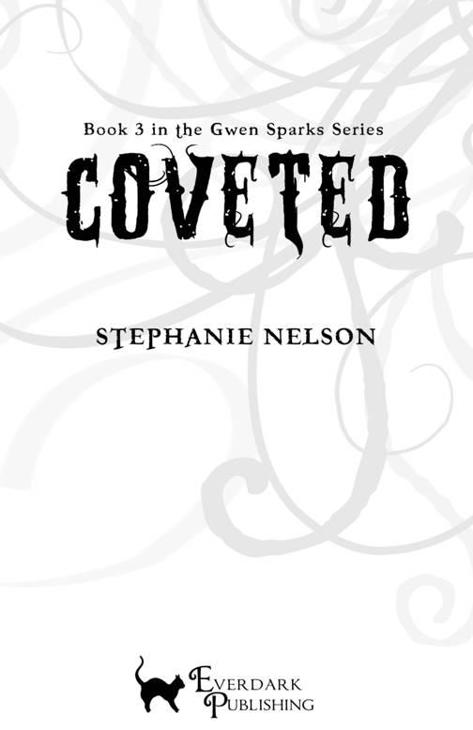 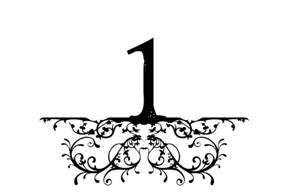 I held myself rigid, aloof, as I stood in front of Aiden. I did my best to hide the crumbling, fragile woman hiding just beneath the surface. Could he see her? Was the disguise I wore translucent, fooling no one but me? It’d been a week since I last spoke to or saw Aiden. In that time I’d thrown a pity party or two, but I was getting better—stronger. Or at least I told myself I was. The pain of Aiden’s betrayal stemmed not just from that of a deceived lover, but also a friend. For two years I’d known the man standing in front of me. We’d teased, argued and confided in one another. It was that friendship that grew into a romance. However short it’d been, it’d been real.

Aiden was charismatic with his playful grin. His tousled black hair hung across his forehead, peeking over his thick lashes and curtaining his bright blue eyes. He was a masterpiece, and he’d been mine. But just like any work of art, oftentimes tragedy clung to it. Aiden’s particular tragedy was his addiction to witches’ blood, or Brew as the vampires call it. Maybe it was an honest mistake—his addiction. Or one birthed from too much pride. It didn’t matter how old, or young, the vampire was, Brew took no prisoners. Aiden wasn’t any different. As soon as the magic-infused blood hit his tongue it owned him.

I learned that during his stint as a Brew addict, not only had he killed a witch out of bloodlust, but he’d known what my enemy was planning and didn’t tell me. The witch’s death stemmed from the addiction. The deceit about Ian Despereaux’s plan was just plain greed. As a spirit walker, I’m connected to the realm of the dead. Within the shadowy world, demons lurk.Vampirism is a virus, a
demonic
virus. The devil, a fallen angel, made his own children—vampires—to feed off God’s—humans. Long story short, since I can pop into the realm of the dead, where not only ghosts live but demons too, I am connected to them.

Because of this, Ian thought I could be turned into what is known as a hybrid—half vampire, half witch. I still wasn’t sure if there was any truth to his wild idea, but it was enough to entice Aiden’s curiosity. He’d seen an opportunity for me to share an eternity with him. The ironic thing was that in his hopes of keeping me forever, he’d lost me.

I’d promised to meet him tonight. But the longer I stayed in his presence, the more I realized it was a bad idea. I could have just as easily said what I had to say via email or text. God help me, but those blue eyes and full lips still got to me. I’m not a stupid, careless woman, or at least I try not to be. I knew damned well that just because a lion looks cuddly doesn’t mean it’ll allow you to snuggle up to it. I only wish I’d made the connection before giving my heart to one. Vampires are, for a lack of a better word, predators. The virus that runs through their bloodstream is tainted with centuries of evil. That’s not to say that all vampires are evil; most are not. But it’s like a zebra trying to change its stripes. As much as they want to, their DNA will not allow for change. Somewhere beneath Aiden’s magnificent good looks lay something so much uglier—temptation. That kind of pull will cause a person to do all sorts of crazy things. For a vampire? It could be disastrous. It’s what separates the “good” vampires from the bad. The difference between the two was only as strong as their willpower.

Now, I know it sounds like I’ve jumped on the bandwagon in the “Hating Vampire Campaign”, but it’s so much more than that. I don’t hold any ill will towards the vamps; I just know what they’re capable of now. Before, my view on the fanged was biased, naïve. No matter how tame they seem, how romantic and easy-going, they’re still death incarnate—just like the lion. Where Aiden had lost me from his selfishness; I’d lost my heart from my naivety. We both thought more with our hearts than heads.

“Gwen. Aiden’s voice was soft as he spoke my name. Its melody struck the chords on my fragile heart. I looked up, shoving the reaction out of my mind. I would not get sidetracked by my emotions.

Aiden stepped closer, his hands reaching towards me. I shuffled backwards, afraid of the effect his touch would have on my resolve. Against my better judgment I still loved him. I wished that love could be dissolved just as quickly as trust. But love, real love, held on. It wouldn’t matter if I ever spoke to Aiden after tonight, he was etched within my heart for an eternity. The important thing was learning to let go and turn what we had into a memory. Not so easy when the wound was still so fresh.

I met Aiden’s eyes and held his stare. Flashes of our time together, before the chaos and lies, visited my mind. My eyes blurred with unshed tears, and I cursed myself for allowing my weakness to show. I told myself I was strong, that I could get through this and that I wouldn’t waste another second crying for what I’d lost. Standing in front of the man who had inflicted the pain was difficult. I wasn’t strong, not when he looked at me like that. I couldn’t move past our relationship—move on from him. The tears pooled until they spilled over and trailed down my cheeks. Only, I had to—I had to clutch onto my decision to be strong and move past him, past us. Nothing changed the fact that I did not trust Aiden, and that might have been the hardest pill to swallow.

“There is nothing I can say,” Aiden began, running a hand through his hair. It was a nervous gesture I’d come to associate with him. “Except, that you’ll never know how truly sorry I am. Words are not sufficient enough to voice my regret. I could tell you excuse after excuse to hide what I did behind lovely and heartfelt words. But the action has been done and no words will justify it.” Aiden paused, taking a step forward and then backing away. His fingers flex against the side of his thigh. His eyes held a hint of yearning. I wanted to reach out to him as much as he appeared to want to reach out to me. We were lovers who’d turned into strangers. Once passionate for one another, we were now awkward and unsure.

With a quick swipe of my hand, I cleared the tears from my cheeks and willed myself to stop crying. It made me feel juvenile—weak. A speck of strength still grew within me, and I clutched it tight. It wasn’t the first time my heart had taken a beating, and it wouldn’t be the last. As much as Aiden’s betrayal hurt now, just like everything else, it would fade.

“Are you still drinking?” I managed to ask. The NAWC (North American Witches Council) was working around the clock to fix the spell that protected our blood. News of more murdered witches traveled on the grapevine. The addicts were desperate to get one last taste of what ran through our veins. Unfortunately, replacing the spell was trickier than the NAWC expected, and it was taking longer to procure our safety.

“If I answer, would you even believe me?” Aiden asked.

He had a point. “Humor me.” I could use a truth spell, weave my question with magic and force him to tell me the truth, but something about using magic to obtain what he should rightfully give seemed wrong. I couldn’t gain my trust for him if I had to steal it.

“Since you killed a witch for it?” I finished for him.