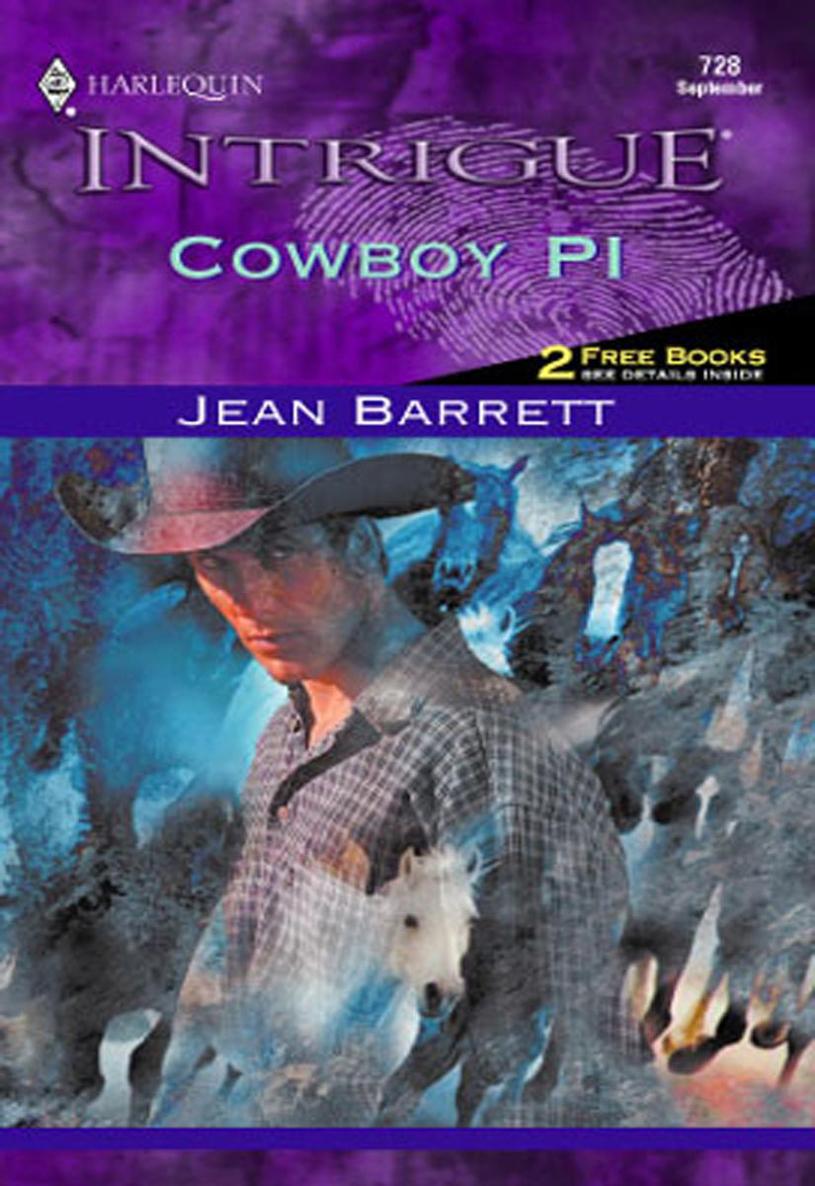 “Maybe your grandfather was smarter than we gave him credit for when he bought my services. A cattle drive in wild country…it’s got certain risks to it. Accidents can happen, maybe even fatal ones.”

Samantha faced him squarely. “Not to me, because I’ll be safe here in San Antonio. And I don’t appreciate your suggesting I might be in danger just so you can—”

“Collect a fee? I don’t operate that way, Ms. Howard.” Roark’s eyes narrowed in a flash of cold anger, and then, just as swiftly, they softened. “But it’s too bad you and I won’t be on that drive together.”

There it was again, she noticed. Something smoldering on his strong face and in the brazen gaze that made her breath quicken. She made an effort to steady her breathing, to respond carelessly. “Is it?”

“Oh, yeah,” he said, his voice low and disturbingly husky, almost seductive. “All those long nights under the stars. People share things in situations like that. Things that can get downright interesting.”

We wind up a great summer with a
bang
this month! Linda O. Johnston continues the hugely popular COLORADO CONFIDENTIAL series with
Special Agent Nanny
. Don’t forget to look for the Harlequin special-release anthology next month featuring
USA TODAY
bestselling author Jasmine Cresswell, our very own Amanda Stevens and Harlequin Historicals author Debra Lee Brown. And not to worry, the series continues with two more Harlequin Intrigue titles in November and December.

Joyce Sullivan concludes her companion series THE COLLINGWOOD HEIRS with
Operation Bassinet
. Find out how this family solves a fiendish plot and finds happiness in one fell swoop. Rounding out the month are two exciting stories. Rising star Delores Fossen takes a unique perspective on the classic secret-baby plot in
Confiscated Conception
, and a very sexy
Cowboy PI
is determined to get to the bottom of one woman’s mystery in an all-Western story by Jean Barrett.

Finally, in case you haven’t heard, next month Harlequin Intrigue is increasing its publishing schedule to include two more fantastic romantic suspense books. That’s
six
titles per month! More variety, more of your favorite authors and of course, more excitement.

It’s a thrilling time for us, and we want to thank all of our loyal readers for remaining true to Harlequin Intrigue. And if you are just learning about our brand of breathtaking romantic suspense, fasten your seat belts for an edge-of-your-seat reading experience. Welcome aboard!

If setting has anything to do with it, Jean Barrett claims she has no reason not to be inspired. She and her husband live on Wisconsin’s scenic Door Peninsula in an antique-filled country cottage overlooking Lake Michigan. A teacher for many years, she left the classroom to write full-time. She is the author of a number of romance novels.

308—THE SHELTER OF HER ARMS

384—MAN OF THE MIDNIGHT SUN 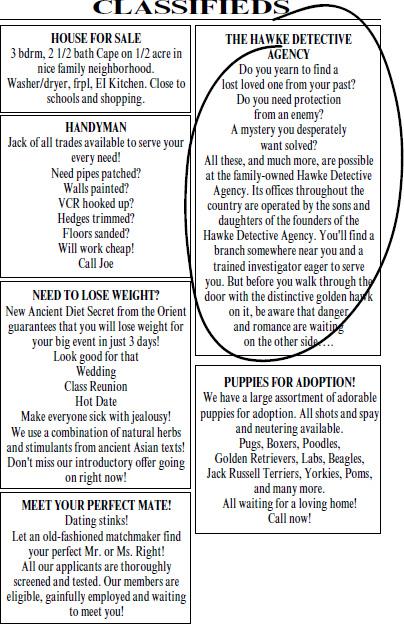 Samantha Howard
—Spending days in the wilderness with a man who represents everything she hates—especially when he’s a virile cowboy—challenges her on every level.

Roark Hawke
—The PI and part-time rancher is experienced in dealing with danger, but he never counted on falling for the alluring woman he has sworn to protect.

Joe Walker
—He wants his granddaughter to inherit his ranch, but she has to be protected while she earns her spurs.

Wendell Oakes
—Roark’s trainee is eager to make a success of his assignment.

Shep Thomas
—Is it more than just his responsibility for the cattle drive that worries the trail boss?

Cappy Davis
—The tough old man has been a fixture on the Walking W for more years than anyone remembers.

Ramona Chacon
—Is the housekeeper hiding a secret?

Alex McKenzie
—The young drover has a crush on Samantha.

Dick Brewster
—The good-natured horse wrangler is in charge of the drive’s remuda.

Ernie Chacon
—He has a bad reputation and a volatile temper.

To my brother-in-law, Ray,
my sister-in-law, Judy, and their family.
May the fish always bite for all of you.

My sincere appreciation
goes to Nancy and Lonnie Stellpflug for demonstrating how a front-end loader works and for so patiently answering all my questions about horses.

Roark had been warned the old man wouldn’t make it, but he hadn’t believed it. The rancher was a local legend, so tough and cantankerous that, in spite of his advanced age, it seemed he would go on forever. Now, standing over the hospital bed, Roark couldn’t deny the reality. Joe was dying.

As little as three, maybe four, years ago, he would have survived the broken hip he’d suffered. There would not have been any tubes connected to him supplying him with oxygen and liquid nourishment. No complications resulting from his accident. But not now. Now he was simply too old to withstand the pneumonia raging through his system.

When had that strong body become frail? Roark wondered, gazing with compassion at the shrunken figure on the bed, its face as seamed and desiccated as a Texas landscape.

The elderly rancher’s eyes were closed. Roark thought he was sleeping. But Joe must have been awake, and sensed his presence. The withered lids lifted, revealing a gaze that was steady and lucid.

“Took your time getting here,” he croaked. “And I got
precious little of that to waste.” The effort caused him to wheeze painfully.

“I shouldn’t be here at all. Look, why don’t I come back when you’re feeling better?”

Joe Walker wasn’t a man of humor, never had been. But Roark’s suggestion must have amused him. He recovered enough wind to cackle softly. “There is no better, cowboy. This is as good as it gets. Sit,” he commanded.

No, Roark thought, time was something Joe didn’t have, and the rancher knew that better than his doctor. Roark drew up a chair beside the elevated bed and folded his rangy length in it.

There was one thing that was still vital about the dour old man: a pair of pewter-gray eyes that regarded Roark shrewdly. “That spread of yours over on the other side of the McKenzie place,” he rasped. “Not worth a cowpat. Not enough range for your beeves.”

Roark’s own small ranch suited him just fine, but he offered no objection. He simply waited, well aware that Joe’s opinion of his operation wasn’t why he had summoned him to his bedside.

“But you’re sticking to it, and you know your stuff,” Joe said. “Not bad for a weekend cowboy. Hear you also know what you’re doing with that PI agency of yours down in San Antonio. That combination makes you the man I need.”

The rancher paused, his inflamed lungs struggling for the oxygen that would permit him to continue.

“My lawyer explain the setup to you?” he whispered.

“Yes.” Roark had had his share of strange cases, but nothing as eccentric as this one. He probably wouldn’t have considered the proposal at all if he hadn’t grown up on John Wayne movies, and the chance to actually experience… Well, the offer was damn tempting.

“Then you know what I want. I won’t send her up there without protection. Made that a requirement in the will.”

The “her” was his granddaughter, Roark thought. Sa
mantha Howard. He had never met the woman, but he was angry with her. Why wasn’t she here at Joe’s bedside?

The old man, still wheezing through the pain that must be stabbing his lungs with every breath, understood Roark’s tight-jawed, unspoken judgment. “No use for each other, Samantha and me,” he said. “Never had.” He paused, plucking at the sheet tucked around him. “But she’s the only family I got. And I don’t aim for the Walking W to leave the family, not if it can be helped. Want her to inherit everything. But if she stands any chance at all of running the ranch, she’s got to toughen up. Way I see it, and I thought about this carefully, I got no choice but to send her on this trek. It’s the best way to harden her.”

He stopped to regain enough strength to go on. There was a long silence interrupted by his fitful breathing. “Every man has his secrets,” he muttered.

Was he wandering? Roark wondered. Had that sharp old brain been dulled by illness and fatigue?

“Figure,” Joe said, “there’s maybe someone out there with a secret I don’t like. Maybe up to mischief. Maybe not. Even so, there’s always risks on a haul of this kind. Enough, cowboy, that you got to watch my granddaughter’s back while she’s earning her spurs.”

Understanding him now, Roark leaned earnestly toward the bed. “Joe, she doesn’t need a bodyguard. She’s not in danger. The fall you took from your horse was an accident. The sheriff’s investigation—”

The old man’s sudden, obstinate anger resulted in a hacking cough that alarmed Roark. He started to get to his feet to call a nurse, but Joe clutched at him, pulling him back.

“Stay,” he gasped, managing to quiet himself after a moment.