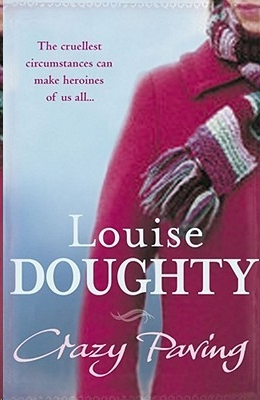 ‘
Dance With Me
is a book dotted with vivid observational set pieces, cunningly slotted together . . . This book does dance with you. It holds you, leads you, and
twirls you about’

‘I loved this book, which is a thriller, a bit of a ghost story, and a love story. It has pace, style, mystery, excitement’

Fires in the Dark

‘Compulsively readable . . . its triumph is the quiet authority of its telling, an unblinking serenity of gaze’

‘Memorable and gripping . . . I have seldom before read sentences that evoke so well the beauty of the landscape or the pain of hunger and cold’

‘A vivid and masterful tale . . . funny, sad and captivating’

‘Moves and impresses in equal measure’

Fires in the Dark

A Novel in a Year

This paperback edition in 2014

The right of Louise Doughty to be identified as the author of this work has been asserted by her in accordance with sections 77 and 78 of the Copyright, Designs and Patents
Act, 1988.

A CIP catalogue copy for this book is available from the British Library.

This book is a work of fiction. Names, characters, places and incidents are either a product of the author’s imagination or are used fictitiously. Any resemblance to
actual people, living or dead, events or locales, is entirely coincidental.

I would like to express my warmest gratitude to Merric Davidson, Denise Neuhaus and Roy Parker, each of whom helped enormously in their own particular way. I would also like to
thank the many appalling bosses I worked for during my years as a secretary, men who made the writing of this novel not only possible but a psychological necessity.

And by decision more embroils the fray

By which he reigns: next him high arbiter

By the year 2,000, 6.6 million passengers’ journeys will take place every day on London’s tubes, buses and trains.

Official estimate from the

office of the London Transport

As the train pulled out of Waterloo East, Annette realised she was about to vomit.

She began to breathe deeply, concentrating on the large turning mass that was her stomach, trying to force it down. She was sitting next to the aisle. A businessman was squeezed between her and
the window, his legs planted firmly on either side of a black Samsonite briefcase. In front of her, hanging onto the luggage rack, was a woman in a pale mac. I am thirty-one, thought Annette. I
have spent most of my adult life on public transport of one sort or another but this is the first time I have heaved my breakfast onto a fellow commuter. Shame the woman’s mac was so
pale.

The train lurched to a halt. Annette’s stomach lurched with it. They had come to a stop on Hungerford Bridge. She gazed past the businessman, still breathing deeply. Snow was falling over
London, down onto the upright slabs of office blocks and the gleaming dome of St Paul’s. A light sun was filtering its way through the thick white air. The Thames was a shifting pattern of
grey and brown and silver. Low tide, Annette observed. Odd that the Thames was subject to tides; more appropriate if it was subject to delays caused by staff shortages or a rise in interest
rates.

The woman leant forward and lowered the window. There was a small whoosh of cold air into the crowded carriage. The businessman next to Annette flexed his shoulders back against the seat and
wriggled from side to side, making himself more comfortable and cramming Annette further back against the armrest. His left shoulder was pressed up against her and she could feel the heat of his
body through her own thin coat. If I
was
going to vomit, thought Annette, I would do it over you, you inconsiderate toad.

At Charing Cross another train had arrived simultaneously on a nearby platform. She joined the throng of passengers shuffling towards the exit. Her legs felt a little unsteady. She belched
discreetly. Out on the concourse, she headed for the ladies, winding her way through other commuters and fumbling in her handbag for a twenty pence piece.

At the top of the stairs that led down into the toilets, she saw two policemen. They were half-way down, bending over a figure that was slumped across the steps. She hesitated.

One of the policemen looked up and smiled. ‘Alright miss,’ he said, waving her down. ‘Mind how you go.’

She edged her way past the group. The policeman had returned to the prone figure and was saying jovially, ‘Shift your arse double quick you smelly old git or we’re going to shift it
for you.’

In the dank toilet cubicle, Annette wound her knickers and tights over her hips and lifted her skirt. As she sat, she put her head between her legs and let it hang down, breathing in. Monday
morning. Hell. The toes of her shoes were scuffed; black suede, not that old either. Have to get the felt tip pen out tonight, she thought aimlessly. Maybe I’ll have a shoe cleaning evening.
Get them all out. Line them up like soldiers. Outside the cubicle, she could hear the cleaner whistling, ‘How much is that doggie in the window . . .’

Joan was the fourth person to arrive at the bus stop. The others were also middle-aged women: one wearing a large pair of glasses was at the front of the queue, and behind her
were two Asian women, coats buttoned over their saris, talking to each other and nodding. Joan checked her watch. The number 36 bus was supposed to run every ten to twelve minutes during peak hours
but seeing as it travelled in threes this could mean anything up to half an hour. Half the commuter traffic of London met at Camberwell Green, on its way to the West End up the Walworth Road or to
the south west along Camberwell New Road. Cars and lorries sat in sullen queues at the traffic lights, chugging out clouds of grey dirt. The shopkeepers on Denmark Hill were beginning to open up.
On Camberwell Green, the usual group of men and women were gathering, inmates from the Maudsley Hospital let out for the day. From where she was standing, Joan could see a regular sitting in the
centre of the group. He had a lampshade on his head.

Within ten minutes the bus queue had grown and dissolved into a mob. The snow had started to fall again. A dozen people were crammed beneath the shelter. Handfuls of others were huddled together
under the shop doorways by the bus stop. Those who had arrived too late to find shelter stood around, shoulders hunched, eyeing each other suspiciously.

When the bus appeared at the other side of the traffic lights, a murmur ran through the crowd. They craned their necks and edged forwards. Umbrellas were optimistically collapsed and shoved into
bags.

Joan shuffled along anxiously. The two Asian women were in front of her but a small gang of schoolboys had wriggled their way ahead. She felt an elbow barge into her ribs. Behind her, a young
white man in a smart mac was pushing forward saying, ‘Hey! I was here before them! Hey!’ Two of the schoolboys stepped onto the platform and the conductor lifted an arm to let them in.
One of their classmates who was left behind shouted gleefully, ‘Johnny, man!’ and grabbed at the back of his friend’s jacket to pull himself up. The schoolboy yelped and fell
backwards, arms flailing. Joan stepped back to avoid him and trod on someone’s foot. The young man with the briefcase took advantage of the calamity to clear the crowd and get a foot up on
the platform. He ducked under the conductor’s arm and started up the stairs to the top deck. ‘One more upstairs!’ hollered the conductor. Joan had a foot raised when the schoolboy
darted past her. ‘That’s it!’ screamed the conductor, reaching out to give the starting signal. Another schoolboy had been left behind and was cramming forward. The conductor
leant out of the bus, placed a large hand in the centre of his chest and gave him a neat little shove, sending him reeling back into the crowd. ‘Full up now!’

A communal groan went up as the bus pulled away. Joan stepped back onto the pavement. The bus’s arrival had disorganised the crowd and more people had turned up in the interim. She had
lost her place beneath the shelter.

‘You know what your problem is?’ Helly Rawlins said to her mother. Her mother did not respond. ‘You’re full of shit.’

Helly stood with her hands on her hips, regarding her mother’s supine figure as it lay on the settee. Her mother was not responding for a good reason. She was drunk. Again. Helly was
dressed in her short skirt and baggy suede jacket. Her canvas bag was slung over her shoulder. She was late for work. She was late because she had been looking for her shoes, the navy ones with the
buckle.

She had turned her bedroom upside-down. She had stormed around the kitchen. She had despaired. While she was brushing her teeth, she had heard the front door slam. Her mother was home. Godammit,
she had thought, now she would have to speak to her. She hated talking to her mother. Helly had gone back to her bedroom and put on her lipstick. Then she had taken her coat and bag and had gone to
her bedroom door. She had listened. Downstairs, there was silence. After a few moments, she had crept down. She had peered into the kitchen. It was empty, the debris of her breakfast still
scattered across the red formica table.

Her mother was in the front room, where she had collapsed onto the settee with her head against the armrest which forced it forward at an unnatural angle. One arm was bent across her body and
the other hung down off the edge of the settee. The ends of her fingers brushed the floor. She hadn’t even taken off her coat. At the end of her long thin legs, squeezed onto her long thin
feet, were Helly’s shoes.

Helly pulled the shoes off her mother’s feet and dropped them to the floor. She turned one over with a stockinged foot, exploring. It felt warm and soft. With a grimace, she slipped them
on. Then she turned and left the house, banging the front door as loudly as she could.

The tube train was pulling in as Helly clattered onto the platform. She edged her way into the middle of a gang of commuters waiting to pile on board. As soon as the doors slid
open, the pushing and shoving began. An announcer pleaded with them to let the passengers off the train first. In front of Helly, an elderly man wearing a brown suit was trying to get his foot up
onto the train. She pushed past him. The hanging straps were all occupied so she wriggled past another woman into the corner of the door and glass panel. As the doors began to judder shut, three
young men came leaping down the stairs and dived into her carriage. She was jammed backwards. The shoulder of one of them brushed past her nose. The train began to pull forward in short, jerky
movements. The passengers bumped together like ninepins. The man in front of Helly trod on her foot. ‘Sorry,’ he said over his shoulder. She scowled at the back of his neck, at the dark
curls which twisted over a white shirt collar. The small red bump of a spot was just visible, peeping from between two locks of hair.