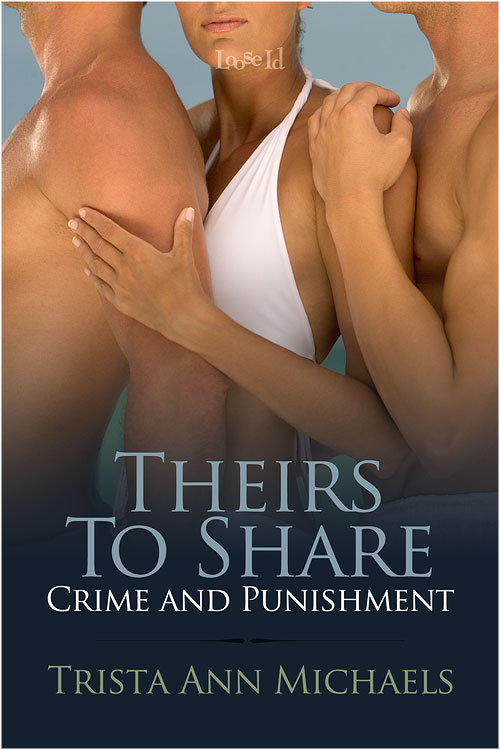 Dark, starless nights. They brought about thoughts of despair and loneliness, as though nothing in the world existed outside her field of vision, as though the world was covered in a sheath of black velvet.

Even the blinking lights of the airplane she heard roaring overhead were obscured. Nothing could penetrate the thick cloud cover. With a huff of frustration, she decided to just throw up her hands and pack it in for the time being. Any night shots she got wouldn’t look right anyway without the stars as a backdrop.

She should’ve paid closer attention to the weather before hiking all the way up here, but hadn’t her e-mail alert said clear skies?

“When will you learn, Cheyenne? Weathermen hardly ever get it right,” she mumbled to herself.

Maybe tomorrow morning would make for some great sunrise pics, especially if a few of the clouds hung around. The muggy night was thick with the smell of pine and wood smoke, but no fires were visible from their spot high above the valley below.

“Everyone else was probably smart enough to watch the weather,” she grumbled.

“Talking to yourself again?”

Cheyenne Willis turned and smiled at her best friend, Steve Franklin. He’d graciously agreed to tag along on this little camping trip, but she’d known he would. He loved to camp almost as much as she did. At the mere mention of camping, his brown eyes lit up like it was Christmas.

“I’m just bitching. I was really hoping to get a night shot of that waterfall and the valley, but…” She lifted her shoulders in a dismissive shrug as she pulled her camera off the tripod and set it back into the leather case.

“We can always stay another night. We brought plenty of supplies.”

Cheyenne gave a nod without turning around. Steve always overpacked for camping. In his mind, a person could never bring too much. She was amazed they’d fit it all on the four-wheelers they’d used to traverse the trails.

Steve glanced up toward the dark night sky. “All those clouds will make for a gorgeous sunrise,” he said.

“Half those clouds would be better,” she replied with a grin. “The sun has to be able to get through if you want to see the color.”

“Good thing at least one of us knows what they’re doing.” Steve gave her a teasing smile before turning to drop the twigs he’d been holding. “Want a fire?” he asked.

“Absolutely,” he countered, his attention on the armload of wood.

Cheyenne watched Steve as he stacked sticks and searched his pocket for the lighter. He’d been her best friend since junior high—ever since he’d moved in to the small house across the road from hers. His dad had been an ass, and Steve had spent most of his time at her house. His summers were spent working her parents’ ranch. It had earned him some money and had gotten him away from his verbally abusive father.

He’d often said if it hadn’t been for her and her parents, he would’ve never made it as far as he had. Her family had always expected them to marry. She’d cheered him on at high school football games. He’d tutored her in Latin while in college. They’d cried on each other’s shoulders over breakups and disappointments and celebrated even the smallest accomplishments.

Unfortunately, she’d never felt any sexual attraction toward him. He hadn’t for her either, or if he had, he’d never said anything. To be honest, she was glad he hadn’t. She would hate it if he loved her but she didn’t feel that way about him. It would be like losing her other half.

Cheyenne blinked and noticed her friend watched her with a worried frown. “What? I’m sorry,” she said with a shake of her head. “I was thinking about that meeting I have on Monday with the hospital board.”

“Are they still wanting you to increase your patient load?”

She rolled her eyes. “Of course. They give me so little time now per patient. How am I supposed to figure out what’s wrong with them if the board doesn’t give me enough time to examine them properly? I’m repairing heart defects, for crying out loud, not playing a timed game.”

“That’s what happens when insurance companies are allowed to buy hospitals. It becomes all about the bottom line.”

She sighed and kicked at a few twigs in frustration. “I think I’ve fought them on this long enough. They’re going to put their foot down this time.”

“You can always start your own independent practice,” Steve offered.

“I can’t afford it right now. The hospital owns the testing equipment I use, and I can’t afford to buy all new yet. I figure another year and I’ll have enough.”

She shook her head stubbornly. “Loans for medical bills because of my mom’s cancer are what caused all those financial troubles for my dad and the ranch. I don’t want to get a loan unless I don’t have any other choice. And even then I’d think twice.”

Steve chuckled. “You’re probably the only person in the world I know who pays cash for everything.”

She smiled. “I’m not the only one. Besides, how comfortable are you in that huge house with that huge mortgage?”

Steve gave her a sheepish grin. “Yeah, okay. I overindulged a little, but I’ve done well, and I wanted something nice. For once in my life.”

“Hey, you have me, and I’m nice,” she said as she swapped out her Nikon for her special Canon that allowed her to shoot at night without a flash or a long shutter delay. The firelight would cast interesting shadows on the trees.

“Nice, huh? Is that what you call yourself?”

She scrunched her nose at him. “Very funny.”

Steve chuckled and added a little more wood to the fire. She could understand him wanting something nice. His father destroyed everything nice he had growing up. College was paid for by football scholarships, certainly not because of anything his father did. Steve had worked his ass off to become a pediatrician. He deserved to have what he wanted.

During med school, when he’d come to her and told her he wanted to work with kids, she hadn’t been surprised. Steve was good with them.

A gunshot sounded in the woods a few yards below them, followed by a painfully loud yell.

Steve pushed from his squatted position to stand straight up. “What the hell was that?”

“Someone hunting illegally? Do you think they fell and accidentally shot themselves?” she asked, then took off toward the trail.

“Cheyenne,” Steve snarled before taking off after her. He caught up with her and grabbed her arm. “Are you insane?” he asked.

In the distance, they could hear shouting. “It’s coming from this way,” she said and headed through the brush.

“I have a bad feeling about this,” Steve mumbled as he chased after her.

Cheyenne ignored him. Steve was much more cautious than she was. His wariness of people knew no bounds. He didn’t trust easily, and he was always waiting for the other shoe to drop. She was sure a lot of that had to do with his childhood.

The light from a flashlight broke through the trees a few yards below them, and Cheyenne headed toward it. Steve grabbed her elbow and kept her back. “Wait,” he said softly. “Something’s not right. Listen.”

“Who’s the other one?” someone asked, his voice deep and gravelly.

Cheyenne frowned as four men came into a view, all of them with guns. A fifth man lay curled on the ground, one hand over his bleeding thigh. Why weren’t the others helping him?

“I know there are two of you,” the same man said again as he towered over the man lying on the ground and pointed a pistol at him.

“There was just me,” the man said as he held his hand up in a pathetic attempt to stop another bullet from hitting him. “I swear.”

“You’re lying,” the man with the gun snarled.

He fired off another shot, hitting the man in the side. The wounded man yelled in agonizing pain and gripped his side. Cheyenne gasped, and tears sprang to her eyes. She wanted to help him, but how did she and Steve go up against four men with guns?

Steve clamped his hand over her mouth. “Shh,” he said. “What the hell have we walked into, Shy?”

Grayson Marx turned in a circle, staring up at the woods in growing anxiety. The FBI agent had gotten word to them that his cover had been blown. The GPS tracking chip they’d implanted in the agent’s wrist pinpointed his location within a mile of the trail entrance. Unfortunately, his signal had cut out. There were too many damn trees obscuring the line of sight between his chip and the satellite.

The anxious feeling in his gut only grew as he stared at the dark trail. There was no way in hell he and the other agents would find him. Grayson had seen too many lost over the years. He hated to lose this one as well.

THE KISS OF A SEAL by Elizabeth, Anne
Stand Of Honor by Williams, Cathryn
Fly: A PORTAL Chronicles Novel (The PORTAL Chronicles) by Melissa Aden
Devil's Valley by André Brink
I Must Be Dreaming by Seay, S.
Mindf**k by Fanie Viljoen
To Marry the Duke's Daughter (After the Masquerade) by Stormes, Ashley
No More Mr. Nice Guy: A Novel by Jacobson, Howard
Army of the Goddess: A Bona Dea Novel (Stormflies Book 2) by Elizabeth N. Love
Pour Your Heart Into It by Howard Schultz
Our partner