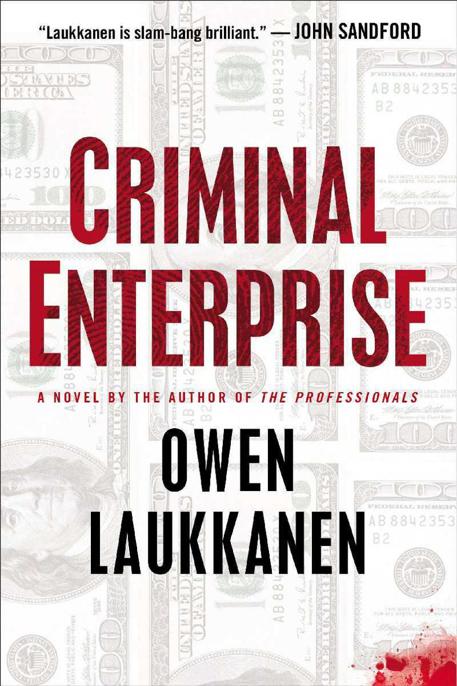 For Line D’Onofiro,
in loving memory

T
HEY CAME
INTO
the bank around one-thirty, a man and a woman. Both of them wore ski masks, and both carried guns. The teller was busy with a customer, the last of the lunchtime rush. She didn’t see them come in. She helped her customer cash his paycheck, and when she looked up, they were there.

Two of them. The man about six feet tall, the woman almost a full foot shorter. The woman carried a shotgun, sawed off and menacing, the man an assault rifle. Bank robbers. Just like in the movies.

They swept in to the middle of the bank before Larry, the big guard, could react from the door. The man fired a burst with his machine gun through the ceiling, and customers screamed and scattered. Larry half stood at the door, his hand on his radio. The woman pointed the shotgun at him. “On the ground.” Her voice was hard. “Don’t be a hero.”

The man with the rifle carried a duffel bag. He tossed it to his partner, who held her shotgun on Larry, waiting as he sunk, sheepish, to the floor. “Everybody on the ground,” the man said. “Whatever you’re thinking you’ll try, it’s not worth it.”

The customers hit the floor, all of them, ducking for cover in their suits and heels and nylons, hiding where they could behind countertops and in doorways. The teller snuck a glance at Cindy beside her. Cindy was shaking, staring hard at the man and his big machine gun, her hand on the silent alarm.

The man caught her gaze and walked over. “I said get down.” Cindy shook harder, tears in her eyes. The man hit her, hard, with the butt end of his rifle, and Cindy made a little grunt and went down. Sprawled out on the floor behind her station, her nose bloody, her breathing fast and panicked. She stared up at the teller, but she didn’t move.

Down the line of tellers, the woman was emptying the tills, filling her duffel bag with cash. The man with the machine gun turned, and the teller started to duck away. “Wait,” the man said. The teller flinched, stuck halfway between standing and kneeling. The gunman came closer. “Stand up.”

The man studied her as his partner worked her way down the long row of tellers. He had blue eyes behind the mask, icy blue. Unnatural. He looked like he might be smiling, but there was no warmth in his eyes.

“I could kill you,” he said. He leveled the big gun at her chest, and she watched it, surreal. Felt her legs start to give, and reached for the counter to steady herself. “I could just pull the trigger,” he said. “It would be easy, wouldn’t it?”

He stared at her for another moment. His partner had reached Cindy’s station. The man gestured to Cindy’s till with the gun. “Open it.”

The woman with the shotgun put the duffel bag on the counter, and the teller reached inside Cindy’s till and took out a stack of twenty-dollar bills. Mechanically, she started to count them. A reflex. “Don’t count the money,” the man told her. “Just put it in the bag.”

She cursed herself.
Of course you don’t have to count it.
She put the stack in the duffel bag and reached back into the till. Took out the last of the money.

“Good,” the man told her. “Now yours.” The teller crossed to her own till and started to empty it. The man walked to the middle of the lobby as she worked, swinging his machine gun on his hip, watching the customers on the floor. In the distance, the first sirens started to sound.

The woman with the shotgun watched the teller. “Hurry up.” There was nothing kind in her voice, nothing human. The teller kept her head down until she’d removed the last of the money from her till. Then she dared to look up.

The woman glanced in the till. Zipped the bag closed and turned back to the man. “Let’s go.” The man picked up the bag as the woman started for the door. The teller waited for the man to follow. He didn’t. He stared at the teller until she met his gaze. Then he leveled his gun at her chest again. He winked at her.

“Pow,”
he said. Then he turned and walked out the door. The teller watched him until he disappeared into the sunlight. Then she sunk down beside Cindy, shaking and sobbing, her knees to her chest. She didn’t look up until the police arrived.

C
ARTER TOMLIN
IGNORED
the sirens in the distance as he walked, slow as he dared, to the Camry parked at the curb. Ahead of him, Tricia had the backseat door open and was sliding inside. Tomlin closed the last few feet of sidewalk and dropped the money bag in behind her, then slammed the door closed and climbed in the passenger seat as Dragan pulled away from the bank.

“Go slow,” Tomlin told him, twisting in his seat to watch the first police cars slam to a stop behind them. “We need to blend in.”

Tomlin sank low in his seat, sweating through his clothes. He pulled off his ski mask and rolled down the window, savoring the cool air as Dragan made for the highway.

Tricia peeled off her own ski mask. “Holy shit,” she said, her face flushed. “That was awesome.”

Outside, two more police cars sped past, their cherry bomb blinkers clearing a path down the wide street. Dragan pulled over with the rest of the traffic. Neither cop glanced in their direction.

When the police cars were gone, Dragan pulled out toward the highway. Made the Interstate on-ramp and did the speed limit up the west side of downtown Minneapolis, everything calm, just three everyday rubes in a midsize sedan.

In the backseat, Tricia unzipped the duffel bag. “Jackpot.” She looked up at Tomlin. Smiled at him, big. “Must be thirty grand, boss. And no dye packs.”

D
RAGAN TOOK
the Washington Avenue exit and headed south into downtown Minneapolis. Drove into a pay parking garage a few blocks from the downtown core, and parked on the fourth level, between a black Jaguar sedan and a silver street-racer Civic. Tomlin climbed out of the Camry, and Tricia followed, dragging the duffel bag with her. “It’s heavy,” she said. “Thirty grand, easy.”

Tomlin took the bag from Tricia and opened it on the hood of the Camry. Peered in at the money and felt an electric thrill.
Thirty grand,
he thought.
Easy money.
He took out a stack of bills and handed them to Dragan. “Here’s a down payment,” he said. “Tricia will settle up when we get a count.”

Dragan thumbed through the bills. “Tomorrow,” he said.

Dragan glanced at the money again. “Thirty grand,” he said. “Rock and roll.” He kissed Tricia and climbed in the Civic. Backed out of the stall and drove off.

Tomlin unlocked the Jaguar. Stowed the money in the backseat while Tricia hid the guns in the trunk. Then he slid behind the wheel and fired up the engine and drove out of the garage with Tricia.

They took the Interstate east to downtown Saint Paul, Lowertown. Tomlin parked on the street in front of a squat office building and exhaled, long and smooth. He closed his eyes and inhaled. Exhaled again. Then he opened his eyes and tied his tie in the rearview mirror, fixed his hair. Reached in the backseat for his briefcase and glanced at Tricia. “You ready?”

She grinned. “Just waiting on you.”

They walked into the building, carrying the duffel bag with them. Took three flights of stairs and a featureless hallway and stopped in front of a frosted-glass door. Tomlin fumbled with the key, pushed the door open, and ushered Tricia inside.

Tricia waited until he’d locked the door behind them. Then she squealed, and her arms were around him. “We did it,” she said, squeezing him tight. “Didn’t I fucking tell you we would?”

Tomlin let her hug him. He could smell her shampoo, feel her warmth. “You told me,” he said. He nudged her away and walked to his inner office, where he unzipped the duffel bag and dumped the money onto his desk.

Piles of bills—twenties, tens, some bigger, some smaller. Rumpled, well used, untraceable. And lots of it. Tricia hugged him again. Kissed his cheek. “Let’s count it.”

They counted. Tricia was close: thirty-two thousand and change. Fifteen each for Tomlin and Tricia. The rest a bonus for Dragan tomorrow. Tomlin shoved his share into the bottom drawer of his desk, locked the drawer closed. Tricia gathered her money and disappeared with it.

Tomlin sat down and turned on his computer.
Fifteen grand,
he thought, as the machine booted up.
Not bad for a few hours’ work.

Tricia poked her head back into his office. She’d calmed her pixie pink hair and looked presentable again. Professional, even. “Don’t forget, you have a three o’clock with Mr. Cook.”

“The hypochondriac with estate-planning problems, remember?” She winked at him. “And your wife called. Wants you to pick up your Madeleine from dance.”

Tomlin inhaled deeply, then exhaled again, a regular guy now, the money and the guns forgotten. “Cook,” he said. “Dance class. I’m on it.”