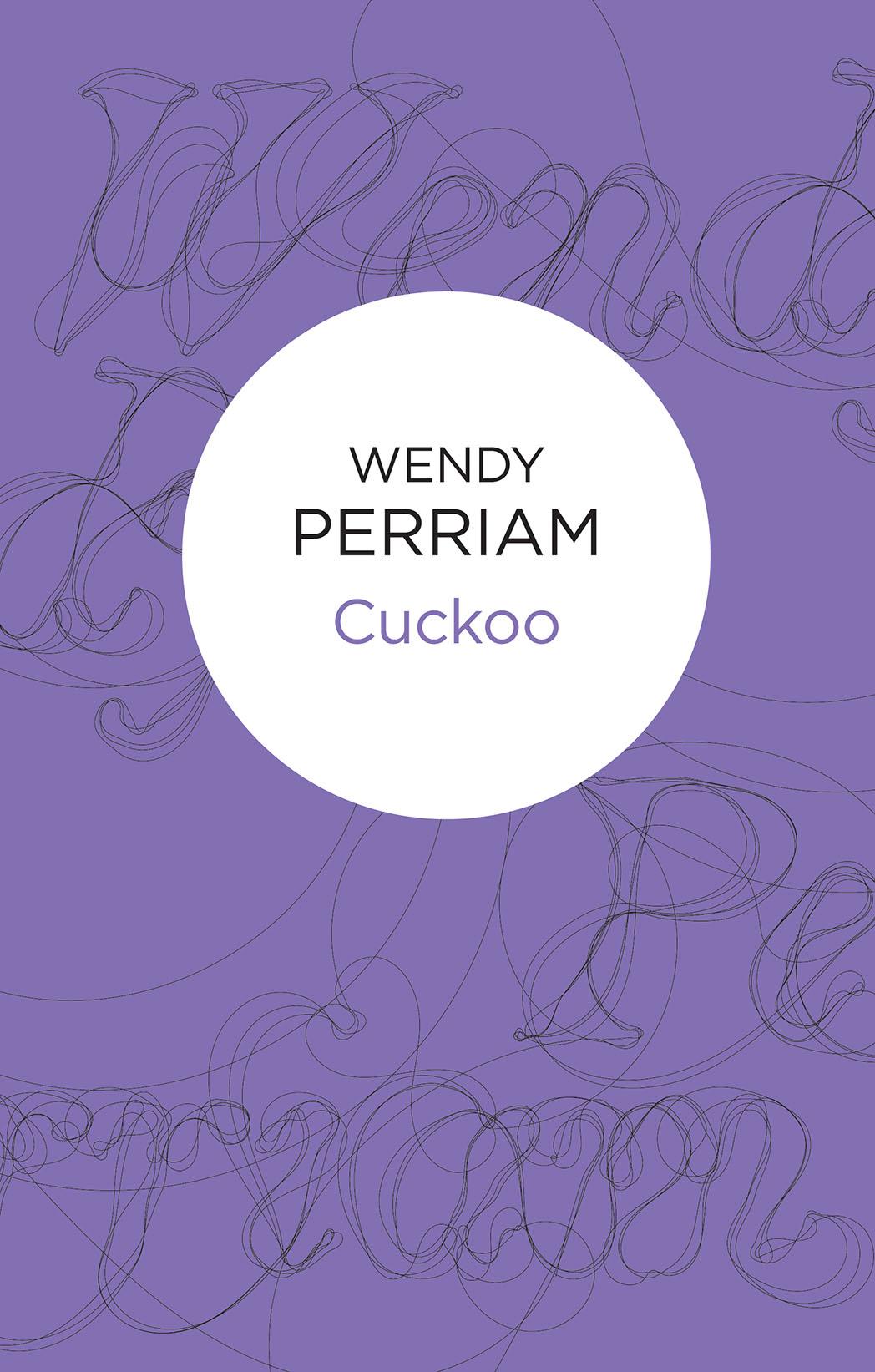 Wendy Perriam has been writing since the age of five, completing her first ânovel' at eleven. Expelled from boarding school for heresy and told she was in Satan's power, she escaped to Oxford, where she read History and also trod the boards. After a variety of offbeat jobs, ranging from artist's model to carnation-disbudder, she now divides her time between teaching and writing. Having begun by writing poetry, she went on to publish 16 novels and 7 short-story collections, acclaimed for their power to disturb, divert and shock. She has also written extensively for newspapers and magazines, and was a regular contributor to radio programmes such as
Stop the Week
and
Fourth Column
.

Perriam feels that her many conflicting life experiences â strict convent-school discipline and swinging-sixties wildness, marriage and divorce, infertility and motherhood, 9-to-5 conformity and periodic Bedlam â have helped shape her as a writer. âWriting allows for shadow-selves. I'm both the staid conformist matron and the slag; the well-organised author toiling at her desk and the madwoman shrieking in a straitjacket.'

For Vicky Wilmot
Thanks for fifteen years of Mind-mixing!

Then wonder not to see this soul extend
The bounds, and seek some other self, a friend: â¦
For 'tis the bliss of Friendship's holy state
To mix their Minds and to communicate.

Typical of Charles to decant his sperm sample into a Fortnum and Mason's jar. Empty of course, but it had once contained gentleman's relish, and Charles was, if nothing else, a gentleman; one who had better things to do than mess about taking freshly-decanted semen up to Harley Street. He had a more pressing appointment â negotiating the revision of a multi-million oil contract in Bahrain. No wonder they hadn't had a baby. Charles was never in England at the right time of the month. He'd be streaking over the Med by now, sipping cocktails on Concorde, while she strap-hung on the tube.

The train jolted, suddenly, and Frances lurched forward. It seemed strange to be travelling on the tube again, struggling in the rush hour, but without her job, carrying a scant two milligrams of her husband's seed instead of a bulging briefcase. She almost hankered after those old, punctilious, nine-to-five days (more often nine-to-seven), with her thick-pile office and her chromium-plated secretary, when she'd solved problems by her own application and initiative, instead of waiting on the whim of Mother Nature. Conceiving a baby was proving the biggest hurdle in an otherwise effortless career. She had even ditched the career, to make it easier. But the in-tray in her womb stayed strictly empty.

A man got off at Charing Cross and she slid into his seat. She felt she had a right to it, not pregnant (yet), but carrying the stuff of life. She cupped her hands more firmly round the jar, shrouded in its paper bag. It would be blasphemous to drop it, after what Charles had been through to produce those vital drops.

He'd sidled into the bathroom that morning, with the empty jar concealed beneath the
Investor's Chronicle
and
The Financial Times
, and remained there, in nerve-racking silence, for close on an hour. She had tried to concentrate on his breakfast, crisping the bacon the way he liked it and squeezing Spanish oranges into cut-glass tumblers, over ice. She had made the tea, heated the croissants, sorted his letters into Urgent, Personal and Dross. Still no husband.

She had opened her own mail, to try to pass the time â an invitation to speak on âWomen In Publicity' at the Graphics Society September meeting; the pick-of-the-month from
Classics Choice
(Riccardo Muti's recording of the Cherubini Requiem); a begging letter from âSave The Seal'; a plea from the Residents' Association to use her house and services for their Christmas jamboree. She tossed them to one side. Even without her career, her life was still nine to seven. She was busy, committed, conscientious. Yet, somehow, it all meant nothing. If she had written a begging letter on her own behalf, all it would have asked for was a baby.

Slowly, she walked upstairs to the bathroom and listened a moment outside the locked door. Silence. No heavy breathing, no rhythmic creaking. Not even a tap running, or the cistern flushing, to indicate completion and success.

âNo thanks.' He sounded as if he were refusing the garrotte, or a term's hard labour in Siberia. He couldn't be anywhere near it, with a tombstone voice like that. And why be so damned independent? The doctor had suggested that she more or less do it for him, yet he wouldn't even let her in the bathroom.

She mooched downstairs again. The croissants had shrivelled, the tea was over-stewed. She sat at the table, staring at the tasteful hessian wall, torturing the empty orange skins into a shredded, soggy mess of peel. It was absurd to be so tense, but that sample was desperately important. She had endured all the tests herself and had been pronounced in perfect working order. But Charles had resisted. He wasn't the type to take his trousers down before even the most eminent of Harley Street physicians, let alone entrust his semen to tin-pot laboratory technicians who had taken sandwich courses at provincial polytechnics. Charles was a snob, even when it came to a sperm count. He should have had one years ago. She was already in her thirties â there wasn't time to go on relying merely on chance, or luck, or the inexorable vigour of the Life Force. He'd only agreed at all after watching a documentary on artificial insemination, where one of the donors was a drop-out on the dole.

Perhaps she'd been too insistent. She was all too aware of the demands and pressures of his job. Sometimes, there wasn't even time for routine sex, let alone infertility investigations. Charles' life was perpetual overtime. But if he didn't produce that sample, they might as well give up. He was so damned proud, he'd never try again. It was bad enough not conceiving in the first place. Fathering a child was something elementary. Any school leaver could do it, in a ten-minute tea-break, so why not Charles Parry Jones Esquire, MA (Cantab.), FCA?

Frances bit into a burnt corpse of a croissant and put it down again. It seemed sacrilegious to eat, when Charles was struggling with his half of the reproductive process. Or was he? Knowing her husband, he was more likely to be poised on the lavatory, writing a report on Prophylactic Cash Flow Analysis. He hated wasting time. Even at breakfast, he dictated his letters into a tape recorder between mouthfuls of poached egg, and he'd spent a fortune on sleep tapes. Charles rarely had a dream â he was too busy with âBeginner's Sanskrit', or plugged into âBudgetary Control for Micro-computers'. Sometimes, she wondered if he even wanted children. A keen prospective father wouldn't take an hour to produce a teaspoonful of sperm.

She picked up his Urgent pile of letters, the largest of the three, and weighed it in her hands. âUrgent' meant business. Charles' work was like a barrier between them. Of course she admired his zeal and energy, his never-failing enterprise, but why couldn't he devote a little time to his future son and heir, rather than lavish it exclusively on the tax and investment problems of the Western hemisphere? If he couldn't even masturbate without using the other hand to write a memorandum, then she and their relationship came a very poor second to Messrs Caxton, Clarke and Parry Jones. And the poor unborn infant would be lucky if it even came third. She'd been prodded and poked a score of times in the cause of procreation, poured out libations of blood and urine without complaining, and here was Charles baulking at a trifling sperm sample.

Perhaps the atmosphere was wrong. Shiny white tiles and an impending flight to Bahrain weren't the most suitable setting for sexual success. She was always nervous herself about him flying, even now, when he boarded Concorde as casually as if it were a country bus. There were so many risks to a man in his position â a crash, a coronary, a kidnapping, a hijack. He was such a solid character, if anything happened to him, the world would crumble in sympathy. She felt strangely light and insubstantial when he was away, as if part of her had been amputated. Sometimes, she wondered if she even existed, except as his reflection. Was that why she wanted a child? A Charles in miniature? He was a big man, in every sense, and had never been a baby himself â you could tell. He'd sprung into the world fully grown, with a schedule in one hand and a computer in the other.

Frances switched on the radio and tuned from
Thought For The Day
to
Morning Concert
. Neville Marriner was conducting Elgar. She turned him up louder. Perhaps the
Enigma Variations
would reach Charles in the bathroom and return him to the task in hand.

âChrist, Frances! Did you notice how Marriner dawdled through that first variation? Elgar took it twice as fast, when
he
conducted.'

Charles had emerged, looking enigmatic and impeccable. Six foot of navy pin-stripe, topped by a lean, pale face, with surprisingly full lips. The mouth seemed out of character with the rest of him. It was too sensuous, too curving. Everything else about him was thin and stern. Charles was a straight line. He never slouched nor sprawled. No paunch, no bulges, no moral kinks. Frances glanced at his face â it was utterly composed. No flushed cheeks, no air of achievement. Not even the jar.