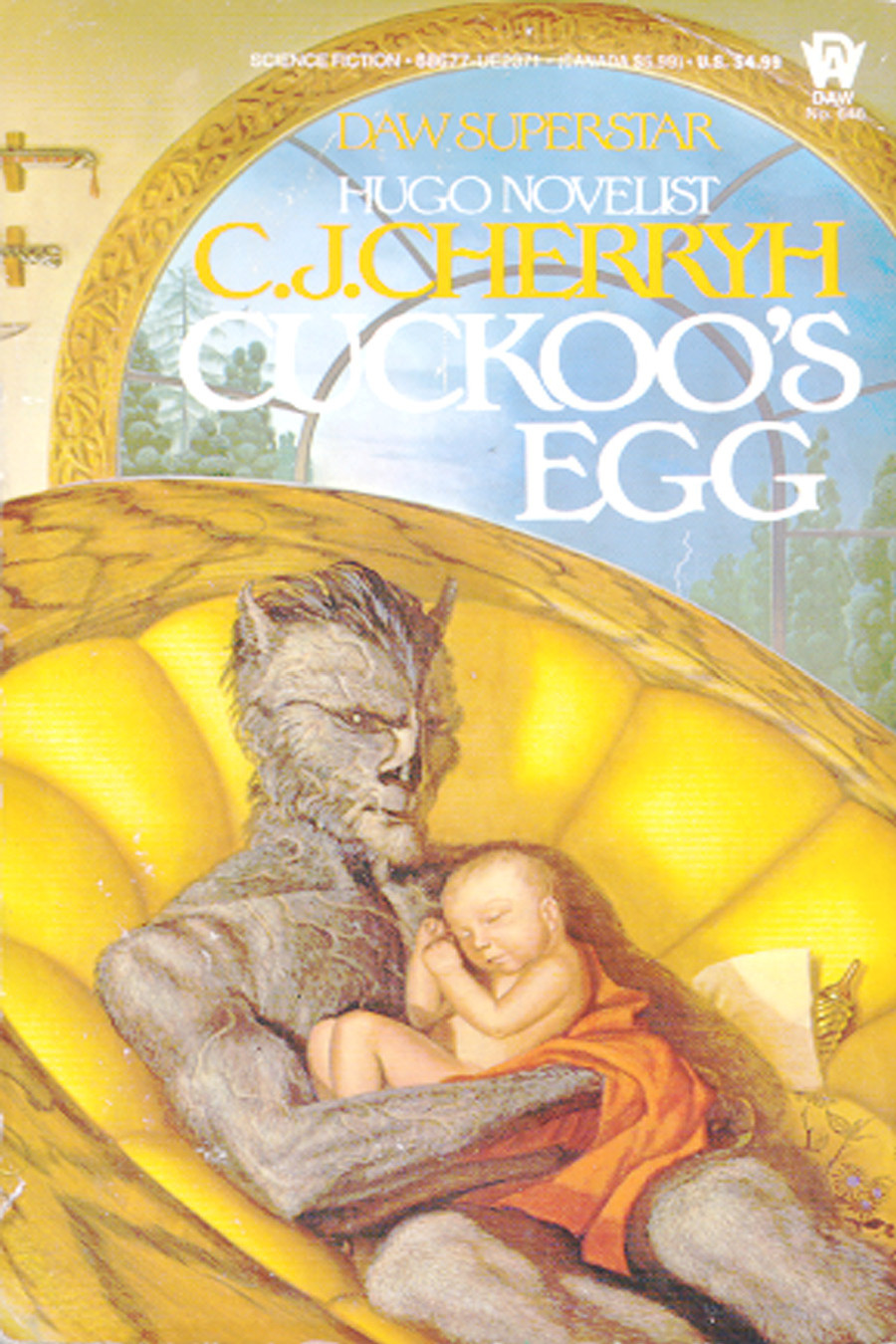 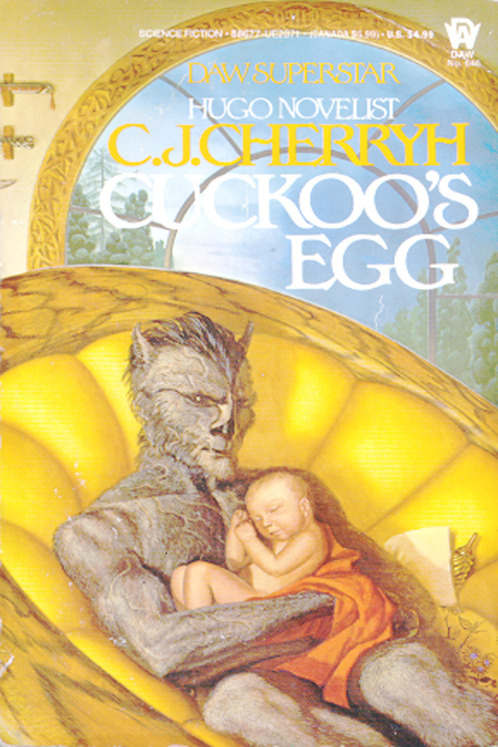 The Era of Rapprochement

THE KIF STRIKE BACK

ANGEL WITH THE SWORD

The Age of Exploration

THE TREE OF SWORDS AND JEWELS

WAVE WITHOUT A SHORE

Ebook conversion and distribution powered by

All characters and events in this book are fictitious.

available by arrangement with

He sat in a room, the sand of which was synthetic and shining with opal tints, fine and light beneath his bare feet. The windows held no cityview, but a continuously rotating panorama of the Khogghut plain: a lie. Traffic noise came through.

His name was Duun. It was Dana Duun Shtoni no Lughn. But Duun was enough for day-to-day. They called him other things. Sey:general. Mingi: lord. Or something very like. Hatani: that was another thing. But Duun was enough now. There was only one. Shonunin the world over knew that, and knew him; and when the door chimed and they came to bring the alien to him, whose who carried it would not look him in the eyes, not alone for the scars that a shonun could see, the pale smooth marks traced through the fur of half his face like the limbs of a lightning-blasted tree, the marks that twisted his right ear and left his mouth quirked in permanent irony and one eye staring out of ruin.

He was Duun, of
Shanoen.
He reached out hands one of which was marred, like his face, and took the closed carrier that they gave him, marking how their ears slanted back and how they turned their heads from his for horror— not of what they saw: they were meds, and had seen deformity. It was the force in him: like a great wind, like a great heat in their faces.

But his hands were gentle when he took the carrier from them.

They went away, appalled and forgetting courtesies.

He waved the door shut and set the carrier on the table-rise, opened it and gathered the small bundled thing from it.

Shonunin were naked when they were born, but downed in silver that quickly went to dapples and last of all to gray body coat and black on limbs and ears and crest. Duun held the creature on its discarded wrapping, on his knees; and its downless skin was naked and pink as 1

something lately skinned, except for a thatch of nondescript hair atop its skull. It waved soft limbs in helpless twitches. Its eyes were shut, in a face flat and not unlike a shonun; between its legs an outsized organ of curious form and various (they said) function. Its mouth worked restlessly, distorting the small face. And Duun touched it with the sensitive pads of his fingers, with the four fingers of his left hand and the two of his maimed right, exploring the hot, smooth feel of the bandage-patched belly, the chest, the limbs. With the merest tip of a claw he drew down its soft lip to inspect its mouth— nothing but toothless gums, for it was mammalian.

With the claw he lifted the lid of a sleeping eye; he saw it white and milky, centered with blue, restless in natural shiftings. He touched the convolutions of the stiff, small ears; explored the visible organ and discovered reaction: so it was sensitive. That was of interest. He examined the fat, clawless feet, all one pad as far as the toes. Unfurled a five-fingered hand with the careful touch of a single clawed finger, and the tiny fist clenched again, stubbornly. It waved its limbs. Fluid shot from the organ and fouled Duun's clothes.

Any shonun would have flinched seeing that. But Duun gathered up the wrap about the infant and mopped at himself patiently, with infinite patience. So. Likewise shonun infants performed such obscenities, if more discreetly. It let out cries, soft and weak and meaningless as all infant cries. It struggled with less strength than his own infants had shown.

He knew what it would be, grown. He knew its face. He knew every aspect of its body. He gathered it against his breast in the stinking blanket and rose, went to the package they had brought him that morning and left on the riser by the bed. He held the softly crying creature in the crook of his left arm. for he was still more able with the right hand, two-fingered as it was. He managed to open the case and to warm the milk— not milk of shonunin; by synthesis the meds provided, of their own ingenuity.

There was data, which had come days ago; he had memorized it. The creature wailed; so shonunin wailed, exercising infant lungs. And it breathed the air shonunin breathed: and perhaps its gut would take the meat shonunin ate one day. The meds thought that this was the case. The teeth that would grow would, some of them, be pointed like the major teeth of a shonun. "Hush, hush," he told it, joggling it against his chest. He 2

drew the warmed bottle from the case and thrust the nipple into the soft mouth that quested among the blankets. It suckled noisily and quieted, and he crossed the sand to the riser he had left, sat down cross-legged, rocking it, whispering to it.

Its eyes closed in contentment; it slept again, fed and held. It could not, like a shonun, be taken for granted. He was delicate with it. He laid it finally in the bowl of his own bed and sat beside it, watching its small movements, the regular heaving of its tiny round belly; and when the view in the windows changed and became the nightbound sea, he still watched.

He would not soon tire of watching. He did not bathe. He was fastidious, but he inhaled the smell of it and the soiled blanket, the smells of its food and its person, and did not flinch, having schooled himself against disgust.

They were dismayed when they came, the meds— to deal with him, to examine the infant and to take it back to the facility down the hall to weigh it and monitor its condition. He stalked after them as they carried it in its closed case; he offended their nostrils with his stink.

And never once in all this dealing would they meet his eyes, preferring even the face of the alien to the chance of looking up into the stark cold stare he gave to them and all their business.

They weighed the infant, they listened to its breathing and its heart, they asked quietly (never glancing quite at him) whether there had been difficulty.

"Duun-hatani, you might rest," the chief of medicine said the second day that they came for the infant. "This is all routine. There's no need. You might take the chance to—"

There was uncomfortable silence. For days Duun had looked at them without answer; now the chief cast a searching, worried glance full into his eyes, and immediately afterward found something else to occupy herself.

Duun smiled for the first time in those days, and it was a smile to match the stare.

"You dismay them, Duun," the division chief said.

Duun walked away from the desk on which Ellud sat, gazed at the false windows, which showed snowfall. Ice formed on the branches of a tree above a hot spring. The sun danced in jeweled branches and the steam rose and curled. Duun looked back again, the thumb of his maimed hand hooked behind him to that of the whole one, and discovered another man who preferred to study something just a little behind his shoulder. The false sunlight, it might be. Anything would have served. "It's in very good health," Duun said.

"The staff does its job." Never once had the eyes focused on him, quite.

"Sheon belongs to Duun, doesn't it? I tell you that it does."

"You offered me anything. Wasn't that what you said? Any cooperation?

Duun looked again at the false spring bubbling up in its wintry vapors.

He looked back with the first clear-eyed stare he had used in years. But not even that could hold Ellud's gaze to his. "I'm begging you, Ellud. Do I have to beg? Give me Sheon."

Bound by Vengeance by Noir, Adriana
The Crooked Branch by Jeanine Cummins
Distraction: The Distraction Trilogy #1 by A. E. Murphy
Make Way for Dyamonde Daniel by Nikki Grimes
The Untouchable by John Banville
Resisting Her Rebel Hero by Lucy Ryder
His Perfect Bride? by Louisa Heaton
Rogue Magician (The Magician Rebellion) by Cornett, Curtis
The Uncrowned King: The Sensational Rise of William Randolph Hearst by Whyte, Kenneth
Kate: A Universal Truth (A Wish for Love Series Book 1) by Shales, Mia
Our partner