Read Curves for Her Rockstar Online

Curves for Her Rockstar 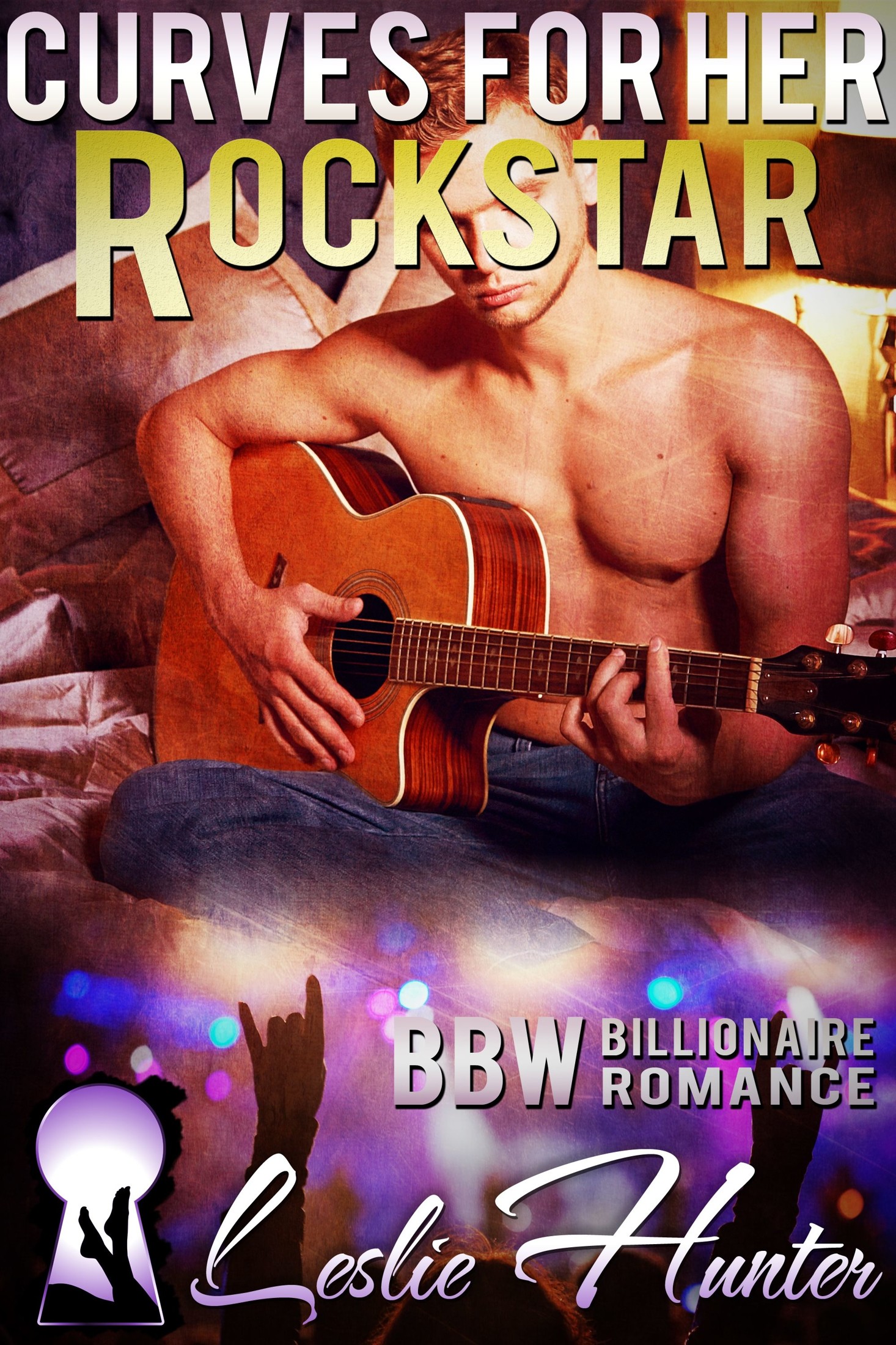 Curves For Her Rockstar

All rights reserved. No part of this publication may be reproduced, distributed, or transmitted in any form or by any means without the prior written permission of the author, except in the case of brief quotations embodied in critical reviews and certain other noncommercial uses permitted by copyright law.

Author’s Note: All characters in this story are 19 years of age and older. 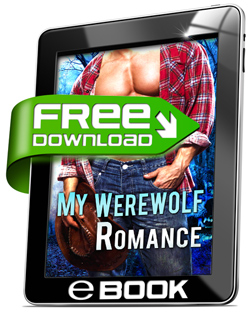 For the first 24 hours, all my books are offered at a special rate.

Your contact information will not be shared with anyone.

Miranda’s fake sweet as sugar voice called from behind. “Jodi! Get your fat ass over here.”

My shoulders tightened. Her voice was the only thing sweet about her. Everything else was as phony as the wood paneling in my old apartment.

I hurried as best I could with a long music keyboard in my right hand. My left shoulder carried fifty pounds of electrical cable for tonight’s concert. Since I was
The Big Girl
, I did the grunt work. I suspected even if I were thinner and shorter, she’d still have me move heavy equipment.

I looked for a bare spot within the snake nest of wires. Last thing I needed was broken equipment, and money taken out of my small paycheck.

I stared at her pursed lips and sharp features accentuated by her tightly pulled back blond ponytail.

She should let her hair down. All it does is enhance her frown.

Maybe that’s what she wants?

I shrugged mentally and waited for the ass chewing. Back home in Arkansas, someone like her would give me grief –
once
.

We wouldn’t get along. That’s for damn sure. Girls like her made school a living hell. Might be why I left town.

I’m what folks back home call a big girl. For most folks it’s a polite way to say you’re… not thin. Most folks don’t mean anything by it. Then there’s the type like Miranda that do.

“About damn time you wallowed here.” She took a long drag out on the cigarette while the cords dug into my shoulder. “Blake Brooks sings in one hour.”

She held out her middle finger to flip me off and give the time. “We don’t have the fireworks ready.” She took another drag and pointed a long finger. “We don’t have the damn fireworks because we can’t turn on the panel.” She took another inhale and blew the smoke in my direction. I forced myself to just look and not cough. “We can’t turn on the panel because–”

I raised my shoulder and the electrical cable in response.

She held out her arms and raised her eyebrows. “Well, don’t just stand there.” She waved toward the stage to her right. “Get them connected!”

I holstered the cables along my shoulder and nodded.

As I passed, she spoke to the security guys. “Jodi here thinks she’s an undiscovered country music star.” She laughed. “All she needs to do is be around Blake and he’s sure to notice her.”

She called out from behind as I set up the keyboard. “Been six months but tonight’s the night right Jodi?”

I pursed my lips and dropped the cable as the last six months went through my mind.

Saying Blake Brooks was popular was like saying sex is good. True, but nowhere near to conveying the true intensity of the man... or sex. Originally, Blake and his crew were
The Flattop Boys
. The other musicians were good enough but most people just saw Blake – including myself.

I looked at one of his posters on the wall. It’s easy to see why. He had that perfect mix of boy next door clean cut wholesomeness with just a dash of bad boy smirk. Blond short hair, and a lean taut muscled baseball player’s body didn’t hurt.

God, I’d give anything to squeeze those bulging muscles.

So would every other woman on the planet.

My eyes went to another poster where he had his famous guitar out. His publicist wisely decided to photograph him without a shirt. I bit my lip as I stared at his chiseled chest and defined abdominal muscles.

Unfortunately, his publicist saw fit to let him wear pants –
damn
. Still they were tight denim blue jeans that squeezed into every crevice. Anyone with a good imagination – like me – easily imagined him naked.

A throb of liquid heat went through my legs. Just the poster’s doing that. I could only imagine what would happen if I saw him naked for real. I smiled for a moment and my shoulders dropped.

A billionaire musician could have any girl on the planet.

Why would he pick me - the big girl?

I know I’m not ugly. I just don’t fit conventional standards of beauty. Sure, I can repeat positive affirmations till the cows come home but a man like that isn’t interested in a curvy girl. That’s not bad self-esteem, just a long line of men all saying the same thing.

I shook my head.
Time to be realistic. You’ll get as far with Blake as you did with your singing career.
Six months as a roadie and I’m still making less than minimum wage.

Some roadies join to hang around their favorite musicians or bands. The latest crop of girls from Tennessee fit that bill. They go on the road just for the fleeting chance to fuck Blake Brooks. Others hope they win the marriage lottery and become Mrs. Blake Brooks.

Who could blame them?

I looked up into the poster again and ran my eyes down his chiseled six-pack towards the ‘V’ pointed at his crotch. I let out a long breath.

I’d let him fuck me like a wife on her honeymoon.

So would everyone else, but unlike the crowd of screeching girls, I’m a fan. A
true
fan.

I’m not one of those girls who know a few songs or worse just the ones in the commercials. I know every song including the ones from his garage days in Texas. Name any song of his and I can sing it.

It seemed like a good idea to join his crew. The chance to make connections and jump-start my musical career? Yes, please!

They weren’t officially looking for roadies and most men don’t believe I know electrical systems. Instead of asking, I gave myself the job.

I snuck backstage during their Austin, Texas show, loaded the truck, and set up the lighting. After a week they found out I didn’t
really
work there but offered me the job anyway. Can you imagine how elated I felt? I was official – a real life member of Blake Brooks show and getting paid for it.

Thoughts of what was sure to come next went through my mind. Travel all around the country and world, meet celebrities, and attend every single concert free. On top of that, I get to hang out with Blake Brooks.

I let out a small laugh.
Yeah, about that.

I’m in a rickety converted bus that smells like fumes and cough,
recreational smoke
. Cheap hotels look the same in every city – when I’m lucky enough to get one. Most times, I’m in the bus or trailer. Sometimes it’s a tent on a campground before the cops chase us out.

Six months later, I’m still a newbie so they won’t let me around Blake or anyone famous. Although I suspect Miranda’s behind that. For the most part, it’s just hard work. I’m a Southern girl so I’m used to sweat but I thought it would be better than this six months later.

Of course, it’s not like I’ll get benefits with Miranda riding my ass.

Heat flashed through my face as I remembered giving Miranda my music CD. She seemed nice at the time. The sound of my voice rang through my head. “Can you give this to Blake? It’s a collection of his songs I sang. Track three has interesting changes I think he’ll like.”

I pulled at the cable and shook my head. Miranda told everyone what I did. How was I supposed to know it wasn’t protocol? Turns out every wannabe musician passed out their music. Now I joined them.

One day I’ll get on his stage
. My eyes went off to the side in thought.
Why not now?
I looked at the large black velvet curtain separating the snake nest of electrical cords and controls. Nobody said I couldn’t be on stage now.

I slipped through the heavy velvet curtain and stepped into a world more my liking. They were still setting up. Guitars, keyboards, and other instruments were on stage waiting for their owners.

It was just me on stage but for a moment, I saw a full stadium in my mind. In my imagination, fireworks went off behind me. On stage, Blake ran back and forth while his calf muscles fanned out. During an intense note, he’d hold his mike high in the air and flex out his taut arm muscles. If we’re lucky, his developed chest muscles would fan out and stretch the fabric of his T-shirt as he sang his famous long notes.

Once his sweaty body reflected the bright overhead lights and fireworks, he’d pick up his famous Gibson guitar. The loud sound of thousands of fans would die out as a hush went over the crowd. The fireworks faded away followed by the dimming of lights and a single spotlight on that perfect muscled man would remain. Just him playing his Gibson.

I shook away the fantasy. My eyes widened at the familiar pink guitar on a chrome mental stand. I swallowed.

Why is it here?

I bit my lip and looked around quickly to see if anybody else was on stage. There wasn’t.

I let out a long breath and just stared. It was a piece of music history. I scratched away at the growing gooseflesh on my arm as I walked closer. It
was
his
Gibson. No other guitar has that pink color.

I let out a breath mixed with nervous laughter.

Swan Song (Julie O'Hara Mystery Series) by Hanson, Lee
The Sisters: The Saga of the Mitford Family by Mary S. Lovell
Night with a Seal (Hot SEALs #1) by Cat Johnson
Captive by Brenda Rothert
Grand Master by Buffa, D.W.
The Dragon's Queen (Dragon Lords) by Michelle M. Pillow
Unbreak My Heart: A Memoir by Toni Braxton
The History of Florida by Michael Gannon
Tell No One Who You Are by Walter Buchignani
Dangerous Times by Moira Callahan
Our partner