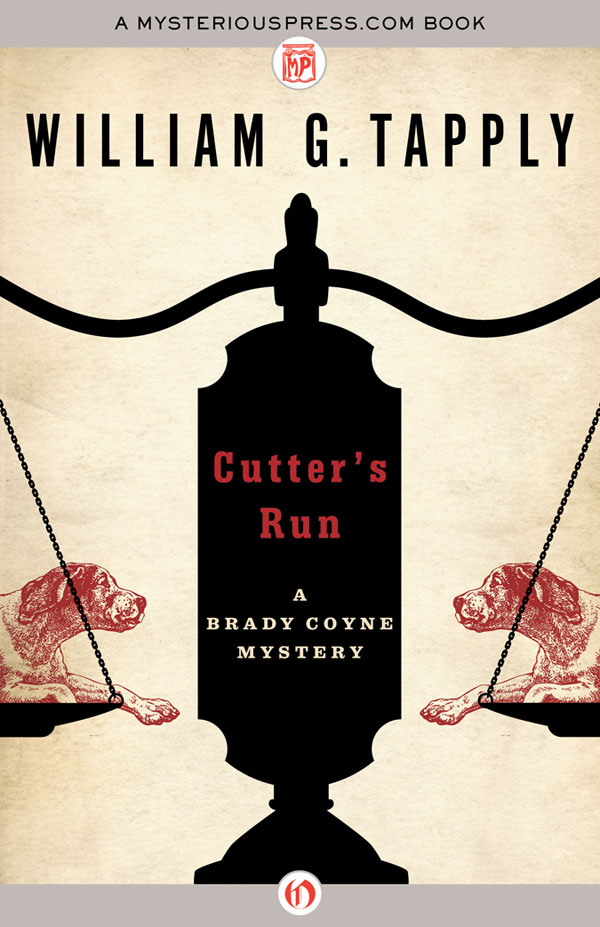 Solver of mysteries entomological, piscatorial, psychological, Sherlockian, and literary; angler and friend, and certainly not your typical fictional character.

I
’D PICKED UP MY
Globe
at Leon’s store and was bumping over a Maine dirt road on a Saturday morning in late August, taking the long way back to Alex’s house, when I spotted the woman shuffling along up ahead of me. Her head was bent forward and her shoulders were humped over, and she moved painfully slowly. She wore high-top canvas sneakers and a loose-fitting brown dress that hung to her ankles. Sweat made a dark patch between her shoulder blades, and her long black hair was tied loosely back with a pink ribbon.

When I pulled up beside her, I saw that she was hugging a yellow dog against her chest. I stopped and leaned over to the open window on the passenger side of my secondhand Jeep Wrangler. “Can I give you a lift?” I said.

When she turned and lifted her head to look at me, I saw that she had skin the color of dark Maine maple syrup and cheekbones like Lena Horne. I admit I was a bit startled. Stereotypic thinking, maybe. But I didn’t recall ever before seeing an African-American of any description in the western Maine countryside, never mind one who was quite beautiful.

She gazed straight into my eyes. Hers were the color of hot fudge, wide-set and slightly uptilted, with tiny crinkles at the corners. She had a narrow aristocratic nose and a wide mouth. She was, I guessed, around forty.

After a moment of taking my measure, she nodded. “My dog’s sick,” she said softly. “Thank you.” In her voice I heard the hills of western Carolina, or maybe Tennessee, not the sandy back roads of Maine.

I yanked up the emergency brake, got out of the Jeep, and went around to hold the door for her. I braced her elbow and helped her climb in, closed the door, then went around and got behind the wheel.

She was bowing over the dog on her lap, whispering to it. It was about the size of a springer spaniel, a mongrel with a long pointy nose and floppy ears. It lay limply on her lap, panting rapidly with its tongue lolling out and its eyes half closed.

I reached over, patted its head, then touched its nose, which felt dry and hot. I’ve been told that a healthy dog’s nose should be cool and moist, although that may be a myth.

Jack lifted his head and gave my hand a halfhearted lick, then let it fall back onto the woman’s lap. “How long has he been sick?” I said.

She looked up at me. “He started vomiting last night. And he voided right where he lay. He can hardly stand up.”

“You were headed for the vet?”

“That’s about three miles from here.”

I put the Jeep in gear and started up. It was only about seven-thirty on that Saturday morning, but already the oppressive late-summer heat had begun to gather in the piney woods, and the dust that hung over the roadway had smeared on her sweaty forehead. Her pink ribbon had come loose so that her hair hung in damp ringlets around her shoulders.

“I don’t have a car. Ride my bike, usually. I couldn’t carry Jack on the bike.”

“I haven’t seen you around.”

“I try to keep to myself.” She dipped her head and murmured something to Jack. Then she looked up at me and gave me a quick smile. “What about you, Mr. Coyne?”

“I haven’t seen you around, either.”

“Oh, I’m staying a few miles back down the road,” I said. “Actually, my lady friend, Alexandria Shaw—maybe you know her?—it’s her place. I come up to visit on weekends. Been doing it for about a year now.”

“Oh, yes. Alexandria Shaw. Of course.” When I glanced over, she was again bent over the dog in her lap, stroking his head and whispering to him.

Charlotte Gillespie showed no inclination to engage in further conversation, and I didn’t push it. We emerged from the woods and passed Leonard Potter’s dairy farm. A few dozen Holsteins grazed in the lumpy field behind Potter’s aluminum-roofed barn. I stopped at the crossroads, where the Garrison post office shared space in the old Victorian that served as town hall, then turned right onto the two-lane blacktop, Route 160, the only numbered state highway that led into and out of Garrison. We passed Hadley’s Feed and Grain, MaryLou’s Grill, and then, across the street from the cemetery, the white clapboard Congregational church, whose pastor, a middle-aged woman named Gretchen Carroll, lived alone in the farmhouse next door. She was also Garrison’s only notary public and, if you believed the rumors and cared about such things, the town’s only lesbian.

Then we were in the country again. The road wound past farmland long abandoned and now thick with second-growth hardwood, past Perch Pond, where the local kids fished and swam and worried about snapping turtles biting their privates, and past Mason’s lumberyard, where the aroma of fresh-cut pine sweetened the air.

At the top of the hill, I pulled into a parking area beside a rambling one-story building. The sign in front said “Garrison Veterinary Hospital and Kennels.” When I got out and slammed the car door, it set off a chorus of barks, howls, and growls from out back.

I opened the door for Charlotte. Jack lay limp in her arms. “Let me carry him,” I said.

She smiled quickly and shook her head. “No,” she said. “Thank you.”

So I steadied her elbow as she climbed out, then helped her up the steps onto the porch, held the door for her, and followed her inside.

A gray-haired woman was seated at a desk behind the counter. Her back was to us, and she was working at a computer. “Excuse me,” I said to her. “Is the vet available?”

She swiveled around in her chair. She wore half-glasses down toward the tip of her nose, and she ducked her chin to look up at us over them. “I’m the vet,” she said. She was probably around sixty, and when she pushed back her chair and stood up, I saw that she was tall and lanky and rawboned. “Dr. Spear,” she said. “Laura Spear.” She came to the counter, and when she saw Jack cradled in Charlotte’s arms, she murmured, “Oh, dear.”

She opened a hinged door in the counter. “Bring him on in,” she said to Charlotte.

Charlotte lugged Jack through the office area, and they disappeared through a doorway. Neither woman looked back at me, so I went out on the porch for a cigarette.

I’d smoked two of them before Charlotte came out. She was not carrying Jack. I arched my eyebrows at her, and she shrugged. “He’s very sick,” she said.

“She wasn’t sure what it was.” I saw that her eyes looked smudged, and I figured she’d been crying. “She gave him a shot, and that seemed to perk him up a little. She wants to keep him. I guess she can take care of him better than me.” She gave a soft, wry laugh. “I guess I haven’t done a very good job of it.”

“Animals get sick,” I said stupidly.

She smiled quickly and nodded. I told her I’d drive her home. She said she could walk, she was in no hurry. I told her that I was just killing time while Alex worked, so she shrugged and got into the Jeep.

I headed back to where I had seen her beside the road. Charlotte stared out the side window, and I didn’t try to make conversation. As we approached the place where I’d picked her up, she said, “There’s a road on the left about half a mile up ahead. I can get off there.”

It was another dirt road, this one narrower than the one we were on. As I turned in, I said, “I’ll take you all the way. It’s too hot to walk.”

“I’ve got four-wheel drive. That’s why I got this old thing. For bad roads. I love to drive bad roads.”

She shrugged, which I took for an affirmative, so I kept going.

Her road climbed a steep hill, then fell sharply on the other side, and halfway down I had to edge around a jumble of large boulders along the side. At the bottom of the hill, a narrow wooden bridge with no rails spanned a little brook that ran through a rocky streambed. An ancient stone wall paralleled both sides of the roadway. Alders and scrubby pines overhung the edges, and it was deeply rutted and potholed.

Navigating it on a bicycle would be a challenge.

“You can pull in here,” Charlotte said after we had climbed halfway up the hill beyond the brook.

A pair of ruts disappeared through a break in the stone wall into the pine woods. When I turned in and stopped, I noticed that a big slab of plywood had been nailed onto a tree trunk. On it someone had painted in big black capital letters the words
NO TRESPASSING, NO HUNTING, NO SHOOTING
.

I also noticed that someone had spray-painted a big ugly red swastika over those words.

“I just want privacy, Mr. Coyne,” Charlotte said. “That’s why I live here. It doesn’t seem like too much to ask.”

“That swastika?” She shrugged. “You can’t get away from them. I know exactly what they want. But it’s not going to work. They don’t scare me.” She opened the door and slipped out of the car. She started down the rutted road into the woods, then stopped, turned, hesitated, and came back to the car. She put her hands on the rag top and bent to my window. “I forget my manners,” she said. “You were very kind. Thank you.”

She reached in and touched my arm, smiled quickly, then stepped back. She narrowed her eyes and opened her mouth as if she wanted to say something. Then she shook her head. She lifted her hand. “Good-bye,” she said. Then she turned and trudged down the roadway.

As I watched, an orange cat popped out of the bushes. Charlotte bent to it and scooped it into her arms. Then a black cat with a white blaze on its chest appeared, and then a tiger cat, and then another orange one, and as she disappeared into the woods, more cats joined the parade behind her.

F
IFTEEN MINUTES LATER, I
pulled into Alex’s peastone driveway. The yard had been neglected when she’d moved in a year earlier, but now geraniums spilled out of window boxes and the boxwood shrubs were trimmed and the lawn was green. Alex spent mornings at her computer and afternoons puttering around the yard. “Decompressing,” she called it. She had a pretty view from up there on her hilltop. Out back facing west, a meadow sloped down to a brook, then rose to a hillside planted in corn. On a clear day you could sometimes see the round-topped purple-and-green New Hampshire hills humping up on the horizon.

Why Government Fails So Often: And How It Can Do Better by Peter Schuck
Fashionistas by Lynn Messina
Born of Magic: Gargoyle Masters, Book 2 by Missy Jane
Faerie Path #6: The Charmed Return by Frewin Jones
Chewy and Chica by Ellen Miles
Living With the Dead: The Bitter Seasons by Joshua Guess, Patrick Rooney, Courtney Hahn, Treesong, Aaron Moreland
The Man With No Time by Timothy Hallinan
Wild Horse by Bonnie Bryant
The Lafayette Sword by Eric Giacometti
One True Mate 1: Shifter's Sacrifice by Lisa Ladew
Our partner