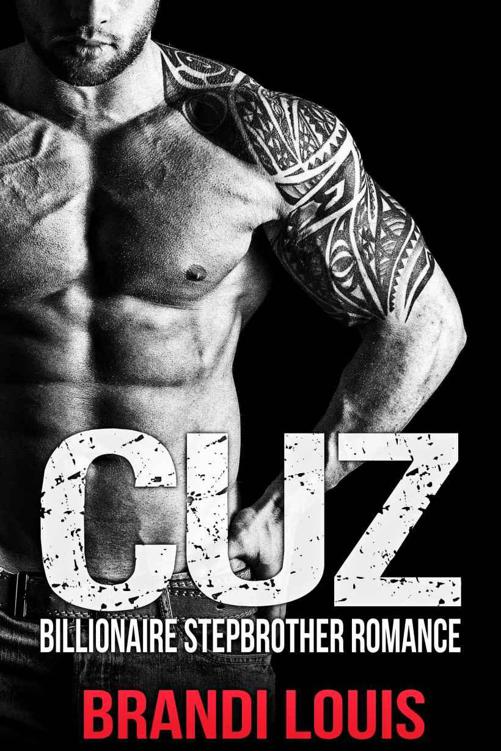 This romance novel contains adult themes and sexual situations. The characters are all entirely fictional. Any resemblance to reality is coincidental.

All you have to do is
click here to subscribe
to my mailing list. It’s absolutely free, and you can unsubscribe at any time. When I publish new work, you’ll get an email in your inbox. I’ll also be updating my fans about special deals and discounts on my work. Last but not least, if you’re interested in receiving ARCs (
FREE advanced review copies
) of my longer works in the future, be sure to subscribe today so you stay updated. Thanks so much!

Please take a moment to leave a review after you finish reading. If you let me know what you liked or didn’t like, I can become an even better writer as time goes on. Thanks so much! Your time is appreciated.

I looked across the room at Josh as my thoughts wandered.
He
’
s hot, but why do I love him?
We had never known our birth parents. Adopted by a very wealthy couple early in life, we both realized at a young age we had it made. Our guardians were billionaires, the one percent of the one percent. As I got older, I wondered where I would have ended up if they never adopted me.

Am I better off?
People accused me of thinking too much all the time. I never understood it. How could too much thought be a bad thing? The only constant in my life was my stepbrother. Or half-brother. Or cuz. We always joked about what to call each other. At one point in our lives, we were inseparable, but that changed over the years.

When he turned twenty-one years old a year ahead of me, everything changed between us. After he received access to his trust fund, he dropped out of my life, which upset me at first. Eventually, I accepted the fact things were different between us and attempted to get on with my life
–
emphasis on tried. I filled a lot of my time with thoughts of Josh, how much I missed him.

I looked across the room at him lounging on the couch and sighed. No one could compare to him. Holidays were the only time we saw each other anymore, but it was different. He acted so distant, so separate, as if our history together meant nothing to him.

Josh sat slouched on the couch, his feet outstretched and crossed. His jeans and shoes were designer and in season. Most of the time he was better dressed than me. Even if we weren't related, I doubted he would be interested in me. For one thing, he liked to be smarter than the women he dated. I smiled to myself.

Can I blame him?
I never approved of any of the bimbos he dated. I loved the summer was because I would be able to see him again. During the best of times, it was like we could read each other’s mind. Time moved slowly when we were in the same room.

I sat up in the recliner and sighed. “You going out tonight?”

“Yeah. Why,” he said without looking away from the television.

“I thought we could spend some time together. Maybe drive Mom crazy?”

“Very funny. When are you going to learn it's best to just do what they say. We have it made in so many ways.”

“Whatever,” he said, turning back to the football game.

“Must you two fight all the time?” Mrs. Knight asked from the stairs.

“We’re not fighting,” I protested.

She made her way into the room.

“Well, I’d like to have a nice dinner for change. We don’t get to see you two together very often.”

“That’s what I was telling Josh. He’s going out.”

“That’s fine with me as long as he’s back for dinner.”

I rolled my eyes. “I wanted to spend some time with him.”

“We don’t always get what we want out of life, young lady,” she said, hands on hips.

How true
, I thought. Josh stood up and stretched, flashing me a smile.

“You’d rather spend time with one of your skanks than with your own sister?”

“That’s quite enough, young lady,” Mrs. Knight said, wagging her finger at me. “It’s healthy for him to date until he finds a suitable wife.”

“You mean until you find him a suitable wife,” I said, standing up myself.

I frowned as I watched him leave the room.

“Dinner will be ready in three hours.” She looked me up and down. “I hope you take the time to change your clothes.”

I buried my fury deep down and just walked past her to the stairs. Upstairs, I retreated to my bedroom. Unlike my relationship with Josh, it hadn’t changed since I’d left years earlier. Josh’s bedroom was right next door. We shared a bathroom located between the rooms. After I locked both doors, I collapsed on my bed and stared at the ceiling.

Why does life have to be so confusing?
As I watched the vaulted ceiling and the chandelier hanging from it, I tried to make sense of my life. Nothing horrible happened to me, but a big glaring hole of nothingness existed in my heart and soul. It scared me sometimes. All I wanted to do was find a good man and settle down. Unfortunately, I couldn’t have the one person I wanted the most.

Josh had sold out and agreed to play by our parents’ rules. In exchange, they gave him access to millions of dollars. He had some rules on what could and couldn't be done with the money, but he overall his life was easy. All the idiot bimbos he dated pissed me off because they were so obviously gold digging bitches.
Why can’t he be happy with me? He used to love me.

He always laughed when I warned him to be careful around them. I really cared about him. My forbidden urges turned me on, but I usually buried them no matter how good they made me feel. His voice comforted me. I tried so hard not to fantasize about him because it was so wrong. At the same time, the idea of his hard body pressed against mine made me wet between the legs.

I got up off the bed and walked over to my desk. Sitting down, I tapped the space bar to turn off the screen saver on my laptop. When it came to life, I checked my email. My eyes opened wide as I read the subject line I had been waiting on for a week. Not even Josh knew I’d written to some genealogy hobbyists about finding our birth parents.

A smile spread over my face as I read the message. They found my birth parents. The side news, which was even better, was that Josh and I were NOT related after all. Well, maybe. Sally, the researcher, was not entirely sure, but she guessed we had about a twenty-percent chance of having different parents.
Is my life about to change for the better?
I wondered anxiously.

The rest of the email said she was doing some more digging. Apparently, an old family bible located in New Orleans might have more information about our potential birth parents. She had no idea when she would be able to get access to the book or if it had even survived Hurricane Katrina eight years earlier, but it was something. Full of hope, I hit reply and sent her a thank you note asking to let me know when she found out more.

I got up and went back to my bed to relax and think.
Should I tell Josh? Will he be upset?
If our adopted parents found out, they would probably try to regain control of the money they had pretended to give him. He had stupidly taken the money from them.
Does he like being a slave to them?
Our whole life, he went out of his way to do whatever they told him to do.

My rebellious attitude irritated our parents. They were the reason Josh floated out of my life, and I hated both of them. Their self-righteous attitude made me cringe, which is why I left their house as soon as I turned eighteen. Without access to unlimited money, life would be difficult, but my life would be my own. I wished Josh would understand and not pick them over me.
You can’t count on him
, I told myself.

“What did you think of the movie?” I asked Tiffany as we walked out of the theater and headed toward my forest green Mercedes.

“It was okay. I didn't really understand it.”

“Yeah, it kinda sucked,” I lied, taking her hand in mine.

She only liked me for my money. We both understood this even without talking about it openly. In all fairness, I only wanted one thing as well – her body. Ashley always tried to make me feel guilty about my life, but I'd made the right decision taking the money and obeying a few stupid rules. My stepsister slipped out of my mind as my focus returned to the tall, leggy blond in front of me.

“Here you go, baby,” I said as I opened the passenger side door for her.

She giggled, kissed me on the lips, then got into the car. I watched her shapely ass as it moved, mesmerized by its size and shape. When she was in, I shut the door and walked over to the driver's side. The Green Phantom – what I'd named the car – was one of my prized possessions. I climbed in the luxurious cabin and put my seat belt on.

“You buckled in and ready to go?” I asked.

The fact I felt like her parent was not lost on me. As soon as we were on the highway headed toward her small town about an hour outside the city, she reached over and started playing with me through my jeans. I thought briefly about stopping her because I was driving, but my small head was doing all the thinking.

“You’re so hard,” she said, stating the obvious as she pulled my cock from my pants.

“You’re so beautiful,” I said.

As I roared down the highway on cruise control in the fast lane, she unbuckled herself then leaned over. Her head moved to my lap, and I continued to try to work up the courage (or common sense) to tell her to stop. I sighed as she slipped the tip past her lips. She knew how to make a guy feel good. I had to give her that as she gave me head.

Little Girl Lost by Katie Flynn
The Secret Life of Prince Charming by Deb Caletti
A Baron in Her Bed by Maggi Andersen
Through a Glass Darkly: A Novel by Karleen Koen
Through the Deep Waters by Kim Vogel Sawyer
Join by Viola Grace
Psycho - Three Complete Novels by Robert Bloch
I Had to Say Something by Mike Jones
The United States of Paranoia by Jesse Walker
Star of Gypsies by Robert Silverberg
Our partner