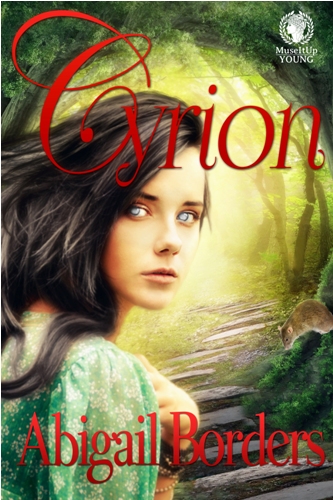 Jon and Saul comes home to find their village torched, and everyone they know kidnapped by evil goblin troopers. Armed with little more than rotten eggs and help from their new friend Anya, they take the goblins on and rescue their parents. Only, they somehow end up trying to save one race from slavery, and another from complete annihilation.

The characters and events portrayed in this book are fictitious. Any similarity to real persons, living or dead, or events, is coincidental and not intended by the author.

To God, my family, and friends.

Great big thank yous to everyone who has supported me during this journey. Family, friends near and far, fellow writers, and the awesome team at MuseItUp publishing. Thank you, everyone. 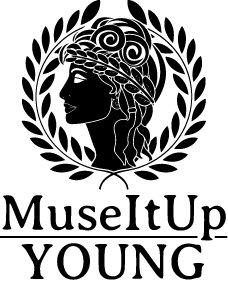 Jon was walking into trouble.

It had been a hot, humid summer. The birch trees of the surrounding forests helped to provide some shade, but there was no respite from the humidity. A single trickle of sweat inched its way down Jon’s forehead and beaded into a glistening droplet right at the tip of his nose. He raised and shook his head, watching out of the corner of his eye as the droplet flew away, sparkling in the amber light. He and his best friend, Saul, trudged under the westering sun with their heads down, weighted by guilt. They carried a pole, burdened with the carcass of a wild goat, heading home from their hunting trip.

A trip they hadn’t told their parents about.

Jon worried his upper lip as he studied Saul’s back. Tall, blond, and muscled, Saul already had more than his fair share of admirers among the girls at the Outpost.

Maybe we can talk one of those girls into covering for us.

Jon had a sudden visual of his mother’s stormy brows and his father’s disappointed face. He slowed his pace before stopping altogether, heart heavy with the prospect of his impending punishment. He had a sinking feeling there’d be no reprieve.

“Saul, exactly how much trouble do you think we’re gonna be in?”

Saul tugged his end of the pole. “Can’t you walk and talk? I think the grumps will be less mad at us if we make it home before sunset.”

They resumed their trudging pace.

“We were supposed to be home before sunset three days ago. We told the grumps we’d only be out for a few hours. Do you really think coming home a few minutes early will make that much of a difference?”

“So we’re a
little
late.” Saul paused a moment to adjust the strap holding the ax to his back before resuming his pace. “What’s the big deal? We’re trying to make up for it now, aren’t we? That should count for
something
. And besides, you’ll talk our way out of it. You always do.”

“We meant well.” Jon rehearsed their excuse aloud while fiddling with the nocks of his bow. “We went to the lake to maybe catch some fish. To add to the stew for dinner. But then there were those ducks. And you thought they’d taste better than plain fish in the stew. While stalking the ducks, I spotted the goat tracks. And well, there’s obviously a lot more meat on a goat than even the fattest duck. I mean, I didn’t know goats could run so fast. Or for so long. Did you?”

Jon craned his neck to take a better look at the goat, and wondered if it would make an adequate peace offering. The goat seemed so much bigger when he and Saul were chasing it. Jon snuffed the air and frowned.
Wait, that’s not how a goat smells. That’s…

Jon stopped in his tracks again. The frown on his dusky, sweat and dirt-streaked brow deepened.

“Jon, come on! Home is just over the hill. You’re not a bird. Things won’t magically become better if you brood on them.”

“Do you smell something?” Jon tilted his head, wrinkling his nose and scanning the tree-lined horizon. “Smoke?”

Saul laughed. “Only you. You need a bath.”

“Like you don’t? You stink as much as I do!” Jon pointed to a slender grey ribbon dancing in a gold-tinged sky. “But really, doesn’t that look like smoke? Over there?”

They dropped the goat and ran toward the slim tendrils of smoke.

Logan sat, enjoying the quiet. The pinewood interior of his inn and tavern, with its crisp citrus aroma of wood polish, glowed in the early morning light. The leaves of the twin dogwoods outside made a pleasing lace-like pattern of the sunlight shining through his sparkling windows. His regulars were out in the fields, and the only sounds were the music of bird song and children laughing as they played in the Outpost square just outside.

He winced at the sound of a heavy thump from the kitchen.

Oh yes. There is also that
.

The spicy scent of fresh ginger wafting from the open doorway to the kitchen mingled with sharp citrus, tickling his nose.

Logan listened to Arti take her frustrations out on the pulverized shreds of ginger on her cutting board. “I’m going to skin the boy alive.”

“If he dares
to come home with as much as one scratch, just one—”

He winced again.
Perhaps it is time for an intervention
. He took one last, loving look around his comfortable inn and tavern before heading back to the kitchen to placate his wife.

Her hand shook, knuckles white around the handle as she swung the cleaver down.

Logan spared a glance at the shredded leeks and mangled walleye fish beside his wife’s cutting board. Jon loved baked walleye in leek and ginger sauce. Logan decided to change his tactics.

“You stocked his pack?”

“Yes.” Arti wiped her head with her other hand. “A week’s iron rations, as per Watcher regulations.”

“He’ll be fine. He’s had some Watcher training, and he has supplies. Now put the cleaver down and let me hold you.”

Logan enveloped his diminutive wife in his arms, pulling her close. She leaned against him, but he knew the cleaver remained in her white-knuckled grip. Her heart beat fast against his chest. Logan bent his head to the crown of Arti’s head, trying to draw some of her fear into himself.

He inhaled the cleansing fragrance of fresh, crushed ginger, mingled with the mild onion scent of leeks perfuming her dark hair. Pulling away when her heartbeat slowed and some of the tension flowed out of her frame, Logan picked stray fragments of ginger and leek from her curls, a rueful smile on his rotund face. He was about to bring up the fact Jon was with Saul when he recalled the two of them tended to get in worse trouble together than when they were apart.

The couple jumped as the kitchen door leading from the herb garden slammed open. A burly older man with the thick arms of a blacksmith stood outside, his bushy eyebrows beetled in a scowl.

Logan took a step towards him. “Geoff, what’s–?”

“Goblins!” Geoff said in his baritone.

Goblins? But they haven’t been south of the border in over a thousand years!

“Karin’s out there.” Geoff’s wide nostrils flared. “She can’t stall them for long, they’ve got the children!”

Arti’s cleaver clattered to the cutting board as the trio took off. Logan grabbed and tossed Arti a stout piece from the woodpile as they dashed past. She caught the stick in a single, graceful motion, without breaking her stride. Logan knew Arti wished she equipped herself with her twin daggers this morning.

They turned the corner, and ran towards the square.
Fourteen years of nothing, and now this?
He shared a glance with his wife.
Thank God, the boys are gone.
A surge of relief mingled with a growing sense of bloodlust.
A curious combination.

They stopped short when they neared the Outpost square. Dark figures gathered in a ragged row before the Outpost well, grunting and squealing with twisted glee. From behind the front line came a muffled squeak as Talitha, one of the children, tried to cry out, only to be cut off by a gnarled paw over her mouth.

He felt an incongruous a touch of amusement at Talitha’s spirited attempt to kick her goblin captor’s knee. Fearless, that child
.

Arti brushed against his forearm, glanced at the small overturned terracotta flowerpot, and stepped away. Logan nodded his assent. Arti’s right. They didn’t want Jon or Saul mixed up with this. They’d handle it.

After a short scuffle, six goblins shuffled through, each dragging a wriggling, frightened child. With one hand, they held their charges across the chest. Their other hand clutched long, serrated daggers to the children’s throats.

“Men on left. Women on right,” a goblin trooper said.

Logan took a quick headcount while he shuffled into the line. Thirty goblins, including the officer.
Keeping his head down, he flicked his gaze at the troopers. Lightly armed, leather armor. Their officer’s probably the taller, bigger built one. The one with better armor. Might be a bit more problematic than the average trooper. Against four Watchers. His eyes narrowed. Tough odds, but not impossible. Although they’d likely lose some civilians.

He risked an inquiring glance at Geoff. He gave a barely discernible shake. No. No civilian casualties. Not if they could help it. Arti dropped her wooden stick to the dust, breath hissing between clenched teeth. Logan forced his own breathing to slow, to rein in the bloodlust. A familiar coldness washed through his mind as he regained control. Discipline learned through years of being a Field Watcher.

She? So they weren’t the real target.

The goblin captain jerked his head at them. Four goblin troopers approached, bearing iron shackles that clanked with their every step. They put Logan, Geoff and the rest of the men in chains.

“Some humes missing, sir.” The trooper sniffed the air. “Two immature males, about a day away. Pursue?”

“No. Let them be bait,” the goblin captain said. “Burn this place.”

“Shall we pull that down?” The trooper indicated the stone-built smithy.

The goblin captain shook his head. “Takes too long. Everything else goes.” He took one last glance at the Outpost. “Put the immature humes on the wagon. Then move out.”

Burn down his inn? Logan snorted.
I’d like to see them try.

As he reached the top of the small hill overlooking their home, Jon heard none of the usual noise and chaos that came with a group of people working at cross-purposes to put out a fire. Quelling the surge of fear in his belly, he raced down the hill.

Jon skidded to a stop once he reached the bottom. “Where is everybody?” His stomach gave another sickening lurch.