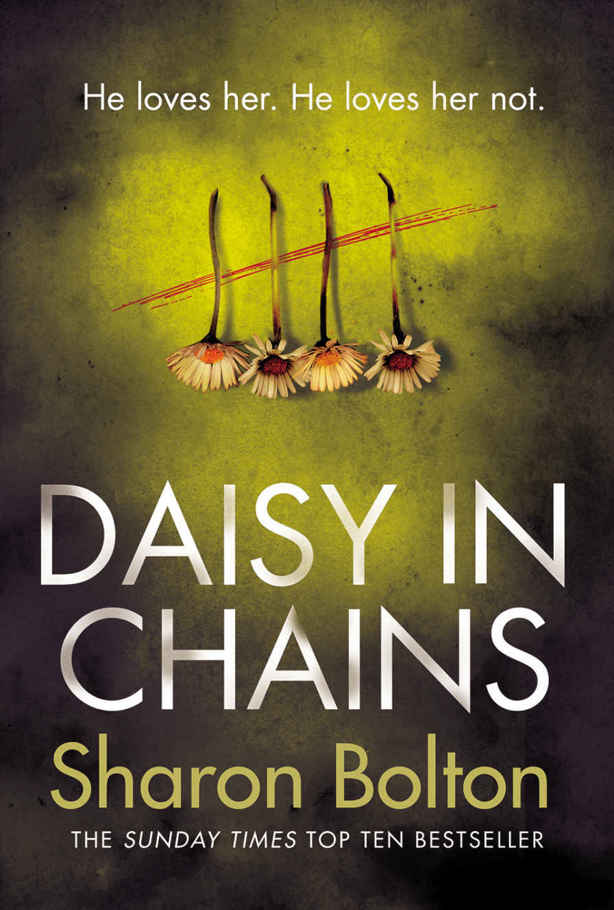 Hamish Wolfe is no different. Locked up for the rest of his life for the abduction and murder of three young women, he gets countless adoring letters every day. He’s handsome, charismatic, and very persuasive. His admirers are convinced he’s innocent, and that he’s the man of their dreams.

Who would join such a club?

Maggie Rose is different. Reclusive and enigmatic, a successful lawyer and bestselling true-crime writer, she only takes on cases that she can win.

Hamish wants her as his lawyer; he wants her to change his fate. She thinks she’s immune to the charms of such a man. But maybe not this time . . .

For the ladies of the Blue Socks Book Club, who have cheered me on from the very beginning.

This is a work of fiction. In certain instances the names of real newspapers and magazines have been used as a literary device, but the headlines, journalists’ names and content of the articles are all entirely fictional. These articles, journalists and all other names, characters and descriptions of events in the book are the product of the author’s imagination, and any resemblance to actual persons or events is entirely coincidental.

My client regrets that her answer to you must remain the same. Her current projects will keep her entirely occupied for the foreseeable future and consequently she must decline, once again, your request that she consult regarding your case.

She has asked that I refrain from forwarding any future correspondence from you. It would be better if you did not contact us again.

ON THE SOMERSET
coast of the Bristol Channel, roughly equidistant from Minehead and Weston-super-Mare, is a large storm-water drain.

No one likes it.

A blackened pipe, four feet in diameter, the drain carries excess water from the arable farmland of the Mendip Hills and outflows into the Channel a hundred metres from the sea wall. At high tide, seawater moans and roars inside it, whilst rocks and driftwood crash against the concrete sides with a startling ferocity.

As hikers, dog walkers and fishermen pass by the access manhole they quicken their steps. A square of steel railings keeps them at a distance, but the tall, cage-like structure merely serves the illusion that something menacing is moving below ground. And no one relishes the fetid, oily droplets that shoot through the meshed steel cover with every strong wave. Organic matter gets trapped inside and rots. Indeed, the drain captures and concentrates everything about the sea that is dark and dreadful. Maggie Rose has always been unnerved by the drain. In a few more minutes she will be afraid that she is about to die in it.

Most days, when Maggie reaches the seafront she takes the cliff path. This morning she is distracted by a small Raggedy Ann doll that lies, discarded, on the sea wall. She bends to pick it up, puzzled, because children don’t come to this beach. There is no sand to play in and the large smooth pebbles are awkward underfoot. Maggie has never seen a child here and wouldn’t expect to in the middle of winter.

With the doll in her hand, she looks around, at the angry water, at the gulls that are high and sly amidst the lowering clouds. In the field behind, she sees sheep, limp and miserable in their frosted coats.

The beach is almost empty. She doesn’t see a child. Just two people who may have lost one. Up to their knees in water, at the point where the storm drain outflows, are a thin woman with short fair hair and a man dressed for fishing. The woman seems to be trying to get
into the drain, but the breaking waves, and the fisherman, are holding her back.

‘What’s happening?’ Maggie isn’t sure they will hear, because the wind is snatching up and stealing all sounds but those of its own making. Another wave hits the couple and the man falls.

The water is icy cold when Maggie steps into it. The churning pebbles make wading dangerous and she can’t see the seabed through the grey, silty water. Slightly out of breath, she reaches the couple as the fisherman staggers to his feet.

‘I’m going in,’ the woman says. ‘It will kill my son if anything happens to her.’

The rag doll, now tucked in Maggie’s coat pocket? A grandchild? A child of six years old or younger could stand upright in the drain, would see only the adventure the mysterious tunnel offered, not think about the danger of the returning tide.

‘When did you last see her?’ Maggie has to shout in the woman’s ear.

‘A minute ago, maybe two.’ The woman’s voice is almost gone from the strain of yelling. ‘She was running further in, away from the waves.’

Well, that was something, at least.

‘You can’t go in this way,’ Maggie says. ‘It’ll be completely full in a few minutes. You’ll both drown.’

Minutes might be optimistic. The tide is already high, is nipping at Maggie’s thighs. The water level in the pipe will rise with each new wave, until there is simply nowhere for the little girl to go.

‘We might be able to get her out higher up.’ Maggie turns to the fisherman. ‘Can you stay here for as long as it’s safe, just in case she gets washed out?’ To the woman she says, ‘Come with me, I’ll need help.’

Holding hands, the two women wade back through the water, their clothes sodden before they reach the shore. As they clamber back over the sea wall, Maggie, the younger by over twenty years, runs ahead. She walks this way every day. She has seen workmen access the drain from above.

‘What is it?’ The woman catches up as Maggie reaches the metal fence surrounding the access manhole.

Both listen to the rumbling, sucking and moaning beneath their feet. Something sizeable is crashing around beneath them.

‘Those are waves you can hear.’ Maggie points through the railings. ‘When the tide’s fully up, it sprays out through the grille in that manhole cover. It’s not doing that yet, so the drain beneath us is still dry, at least some of the time. Give me a leg-up.’

On the other side of the fence, Maggie drops flat and puts her face against the grille. ‘Hello! Can you hear me? Come this way!’

‘Daisy,’ says the woman, her voice heavy and hoarse. ‘Her name’s Daisy.’

Maggie yells again as she tugs at the manhole cover. ‘Daisy, if you can hear me, come this way.’ She tugs again but the cover doesn’t move.

‘Will this help?’ The fisherman has arrived and is holding something out to her. ‘It’s a Leatherman. Try one of the spanners.’

To the sound of the grandmother’s whimpering, Maggie takes the all-purpose tool and finds a spanner the right size. ‘Hold on, Daisy, we’re coming.’ She twists the lock again and feels it give.

The lock is released. The hatch clangs back on to concrete and Maggie is staring into darkness below. Before she can change her mind, she swings her legs round and jumps. Crouched in the tunnel, she can see nothing, hear nothing, but the sound of water getting closer. Holding on to the sides for balance, bent over almost double, she begins to move forward, calling encouragement to the child.

‘Daisy! Don’t be scared. Just come towards me.’