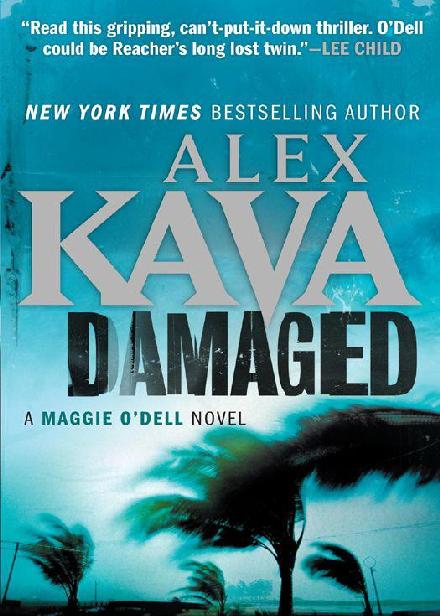 On Pensacola Beach, the Coast Guard prepares for a Category 5 hurricane that has entered the Gulf of Mexico. When the air crew patrols the waterways, they spot a huge fishing cooler about a mile offshore. Drug traffickers have been known to dump coolers with smuggled product to avoid detection and pay fishermen to retrieve them. But when the crew open this cooler, they’re shocked by what they find: body parts tightly wrapped in plastic.

Though she is putting herself in the projected path of the hurricane, Special Agent Maggie O’Dell is sent to investigate. Eventually, she’s able to trace the torso in the cooler back to a man who mysteriously disappeared weeks earlier after a hurricane hit Port St. Lucie, Florida. Only Port St. Lucie is on the Atlantic side. How did his body end up six hundred miles away in the Gulf of Mexico?

Cliffhanger chapters, behind-the-scenes forensic details, colorful characters, and satisfying twists have become the trademarks of Kava’s psychological thrillers. In
Damaged
, she ratchets up the suspense a notch by sending Maggie into the eye of an impending monster hurricane to track down a killer.

From the Hardcover edition.

Steve Berry is the author of six thrillers in the bestselling Cotton Malone series (
The Templar Legacy
,
The Alexandria Link
,
The Venetian Betrayal
,
The The Charlemagne Pursuit
,
The Paris Vendetta
, and
The Emperor's Tomb
), and three stand-alone thrillers (
The Amber Room
,
The Romanov Prophecy
, and
The Third Secret
). Read his guest review of
Damaged
:

Alex Kava is a master. Her heroine, Special Agent Maggie O'Dell, is one of the classic characters of the thriller genre. Maggie's adventures have taken her to small-town America, and into the Catholic Church, bringing her face-to-face with some sick individuals. But that's her job. She's a criminal profiler. And good at it. Now, in
Damaged
, Maggie is thrust into the eye of an impending monster hurricane to track down another killer.

Alex Kava has a knack for the macabre. This time she hooks the reader when a fishing cooler is found floating in the Gulf of Mexico filled with a human torso, one foot, and three hands, all tightly wrapped in plastic. Despite the fact that a Category 5 hurricane is just off shore, and headed her way, Maggie is sent to investigate. Resources are limited. All law enforcement is focused on evacuation and emergency preparations. It's Maggie's job to find out what's going on, but when she discovers that the remains belong to a man who mysteriously disappeared weeks earlier, after another hurricane hit on Florida’s Atlantic Ocean side, the real trouble begins.

There's a ton more to this story, but I don't want to give away too much. Let's just say that it's unexpected. Once again Alex Kava has concocted a tale similar to speeding at a hundred miles an hour down a giant slalom course, with all its associated twists and turns. The whole thing starts fast and gets faster. Maggie O'Dell is a brilliant and complicated heroine--at once witty, smart, and detailed, but always highly entertaining.
Damaged
is a book from a writer who knows how to deliver exactly what readers want. Alex Kava is in the top echelon of suspense masters and this one is not to be missed.

Questions for Alex Kava on *Damaged
*

Q:
Where did the inspiration for
Damaged
come from? Why did you decide to send Maggie O’Dell into the path of a deadly hurricane?
A:
In spring of 2004 I bought a house on the bay just outside of Pensacola. Six months later Hurricane Ivan hit. Nine months after that, it was Dennis. I’ve lived most of my life in tornado country so I thought I was prepared for hurricanes. The anxiety and anticipation is excruciating. And nothing prepares you for the aftermath. It’s hard to explain. It may sound a bit clichéd but there’s a transformation that takes place when you experience something like that, especially as a community. I’ve been wanting to throw Maggie into the path of a hurricane ever since.

Q:
You write in great detail about FBI processes and forensic investigations. How did you do research in these areas?
A:
Real experts are still the best sources of information. I've been very fortunate to have contacts in a variety of law enforcement and forensic fields, people I can call or email with questions. Some have become close friends who share details of their cases with me over dinner. I’ve also had the privilege of visiting Quantico, and was able to spend some time down in the Behavioral Science Unit talking to special agents who do every day what I only write about.

What I don’t know, I read, constantly. I now have an extensive library of my own and anyone who checked my laptop’s cache would probably be shocked to see the types of websites I surf on a regular basis.

Q:
In
Damaged
, you write about the black market for human organs. Where did that idea come from and how did you research?
A:
Several years ago I read a special report in
USA Today
about the illegal body parts business. It mentioned a case in Brooklyn involving a body broker and several funeral homes that were stealing tissue and bone from corpses, in some instances, replacing the bones with PVC piping and hiding the theft by sewing the bodies back up. Sometimes entire bodies were stolen instead of being sent to the crematory. The indictment charged that as many as 1,000 bodies may have stolen by this one group.

It fascinated me how greed could literally eviscerate a solemn practice that we take for granted and expect to be treated with dignity and respect.

From then on I started searching for and saving anything I could find on the subject. I read several books including Annie Cheney’s
Body Brokers
and Kathy Braidhill’s
Chop Shop
.

Q:
Tell us about Maggie O’Dell. Where did the inspiration for her character come from, and is she based on a real life person?
A:
I never intended for Maggie to be a series character, so she’s had to evolve and reveal herself to me with each novel. In the beginning with
A Perfect Evil
Maggie was a tough, young FBI agent driven much more by impulse and passion. She’s matured a bit, though still driven to do the right thing. I think Maggie’s a lot more accepting of who she is and less apologetic of how she goes about doing her job.

She’s not, however, based on any one person and although she and I share some personality traits--our unintentional abuse of fine leather shoes and our love of college football--Maggie’s certainly not my alter ego. For one thing she’s much braver than I am.

Q:
Critics and fans alike have found your heroine, Special Agent Maggie O’Dell, very appealing. What is it about her that readers can’t get enough of?
A:
I have to admit I’m not sure what it is, because sometimes Maggie drives me crazy. What I hear from readers is they like that Maggie’s not a superhero. They can relate to her. Yes, she might be an excellent profiler but she failed at her marriage and struggles with her personal relationships. She has flaws. She makes mistakes. But the bottom line is that Maggie does the right thing even when it’s not the easy thing, even when it gets her in trouble or puts her in danger. I think readers admire that about her.

Q:
What’s next? Can you give us a preview of your next novel, and will we see more of Maggie O’Dell?
A:
Maggie will be back in
Hotwire
. Her boss sends her to the Midwest to investigate cattle mutilations in the area and Maggie stumbles upon a bizarre triple murder of some local teenagers.

At the start of Kava's exciting, if grisly, eighth Maggie O'Dell novel (after Black Friday), Liz Bailey, a 27-year-old Coast Guard rescue swimmer, retrieves a stainless steel cooler from Florida's Pensacola Bay. Inside are human body parts. FBI special agent Maggie and Charlie Wurth, the Department of Homeland Security's deputy director, once again team to investigate. Meanwhile, Maggie's hunky new boyfriend, Col. Benjamin Platt, comes to Florida in search of monstrous bacteria killing too many soldiers. The two cases connect through a body-parts broker who calls himself Joe Black. Black may be as charming as Brad Pitt, who played Death in the film Meet Joe Black, but he's a cold-blooded murderer who uses natural disasters and shady funeral directors, like Liz's brother-in-law, to stock his business. Maggie must venture into the eye of Hurricane Isaac as this intense thriller builds to an eye-popping revelation that will leave fans eager for the sequel. 6-city author tour.
Copyright © Reed Business Information, a division of Reed Elsevier Inc. All rights reserved. 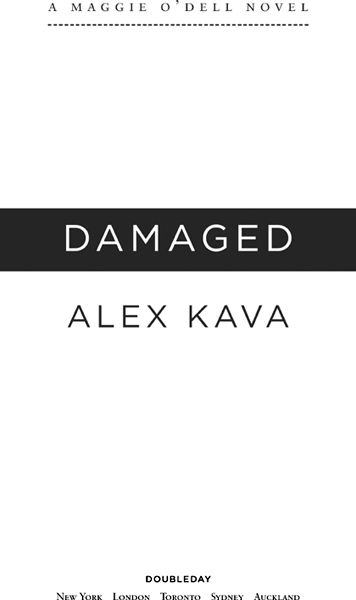 TO PHYLLIS GRANN,
for your patience, your perseverance, and your wisdom.
Here’s to new beginnings.

The Golden Door by Emily Rodda
I Love You More: A Novel by Jennifer Murphy
Not-Just-Anybody Family by Betsy Byars
Lords of an Empty Land by Randy Denmon
The Amber Stone by Dara Girard
Cloudstreet by Tim Winton
Encyclopedia Brown Keeps the Peace by Donald J. Sobol
Second to No One by Palmer, Natalie
Unexpected Chance by Schwehm, Joanne
An Amish Wedding by Beth Wiseman, Kathleen Fuller, Kelly Long
Our partner