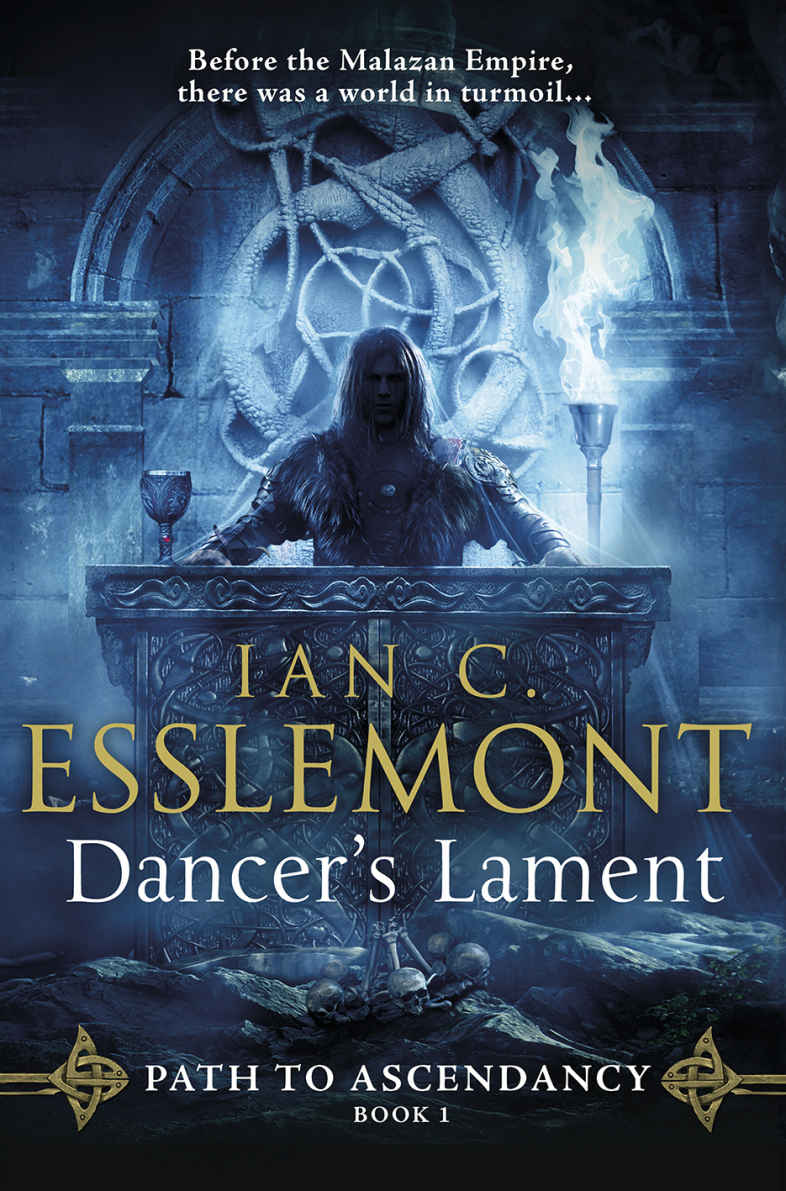 It was once a land ravaged by war – minor city states, baronies and principalities fighting for supremacy. But then the rival cities of Tali and Quon formed an alliance and so Quon Tali came into being and with it came a peace of sorts.

That was, however, long ago and the regional powers are once more at each other’s throats.

At Quon Tali’s heart sits Li Heng – a city state that has for centuries enjoyed relative stability under the iron rule of the sorceress they call the ‘Protectress’. She and her cabal of five mage servants held back the Quon Tali Iron Legions but now her domain is under threat as never before . . .

Two young men have recently arrived. One is determined to prove he is the most skilled assassin of his age, while the other is his quarry – a Dal Hon mage who is proving annoyingly difficult to kill.

And then, from the south, the forces of Itko Kan are on the march, led by an ambitious new king. He has sent his assassins, the Nightblades, into Li Heng, and there are rumours that he has inhuman, nightmarish forces at his command. As shadows and mistrust grow, and monstrous beasts that appear from nowhere rampage through the beleaguered city’s streets, it seems chaos is come. But in chaos, as a certain young Dal Hon mage would say, there is opportunity . . .

Taking readers back to before the Malazan Empire came into being, here is the opening chapter in Ian C. Esslemont’s awesome new epic fantasy, chronicling this troubled continent’s turbulent history.

For Gerri and the boys

I offer my deepest appreciation to A. P. Canavan, pre-reader and editor extraordinaire. Also, thanks as always to Simon Taylor and everyone at Transworld for their support; and to Peter and Nicky Crowther, and Howard Morhaim.

THE PRIZE WAS
his and none would rob him of it. A recent shudder of the earth had exposed it here on the Seti Plains, close by the Great Cliff, south of the river Idryn, near to where Burn herself is said to rest.

A small twinge, or minor itch, or passing flatulence from the Great Goddess had shaken the ground not more than a fortnight ago. And now this tunnel, or cave, revealed here in this narrow rocky cleft. His find. True, he’d only come across it because he’d caught a hint of movement out there on the plains and so had clambered down into the gorge out of prudent care. The plains curse, the man-eating beast Ryllandaras, was never far.

So it was his. Yet not his alone.

Someone else was lurking about: a sneaky fellow hard to pin down. And coming from him, from Dorin Rav, that was saying a lot. Not in all Quon or Tali had he met his match in stealth or murder. The so-called ‘Assassin Guilds’ he’d dug up these last years had proved themselves no more than gangs of brutes and thugs for hire. Not one true practitioner among them.

So much for the exploits of the thief queen Lady Apsalar, or daring Topaz, the favourites of so many jongleur songs. Petty greed, sadistic cruelty, and a kind of slope-browed cunning were all he’d found among the criminal underworld – if that was what you could call it. All of which, he had to allow, was at least the minimal requirement for extortion, blackmail, theft, and murder for hire.

Not that that had stopped him from profiting from their ineptitude. A few well-placed thrusts and their stashes of coin rode tightly wrapped in a baldric across his chest – a baldric that also supported a selection of graded blades and lengths of rope.

He was of the opinion that one can never carry too much rope.

He passed the best of the night crouched on his haunches in a thick stand of desert tall-grass, patiently watching that dark opening, and saw nothing. A hunting snake slithered over one sandalled foot. Midges and chiggers feasted upon him. A lizard climbed his shirt, lost its footing on his sweat-slick neck and fell inside the padded, cloth-covered armour vest he wore next to his skin.

Yet he hadn’t twitched. And still his rival had not revealed himself. Then, just as the sun kissed the lips of the narrow crevice ridge high above, a rock clattered close to the shadowed gap.

He ground his teeth.
Somehow
the bastard had slipped past. Very well. He’d follow. Dog the man until whatever lay ahead was revealed. The least the fellow could do was make himself useful by falling first into any hidden dangers.

He edged out to the mouth of the gap and, hunched, a blade ready, felt his way down. Just within, he paused to press himself against one wall of jagged broken rock. He listened and waited for his vision to adjust. A brush of cloth on stone sighed ahead. He felt his way onward.

A descending slope of loose broken rock ended at a narrow corridor of set blocks. Ancient, these, gigantic and of a dark stone he didn’t recognize. He searched the gloom; where had the Hood-damned bastard gone? Then a dim ringing ahead as of metal on stone, quickly muted. He pressed himself to a wall – could he be seen outlined by the faint light behind? He darted forward.

The corridor ended at a wall that supported a door in the form of a slab of rock of similar origin. The slab stood at an angle aslant of the portal, a slim opening running top to bottom, at the foot a gap where a slim man or woman might just squirm within.

Damn the fellow for winning through first!

He knelt at the fissure, only to flinch away from the mouldy stink of things long dead. The still air was cold too, unaccountably so. Crystals of frost glittered on the rock. Wincing, he slipped one arm through. His other hand brushed the thick door slab. A nest of symbols carved in the naked rock writhed beneath his fingers.

Wards. Glyphs.
A tomb. Or hoard. Out here? In the middle of nowhere?

Yet this had not stopped his rival.

He slid onward. Rising, brushing away the accumulated dust of centuries, it seemed to him passing strange that fine sand and grit should still choke the gap. Such speculations, however, were driven away by a wan golden glow coming from further ahead.
There’s the bastard and now’s your chance.

He drew another blade and slid along the wall. His breath plumed in the oddly chill air.

It was a low-roofed chamber: a lost cellar or tomb, perhaps. Gloom swallowed its exact size and shape, which might have been circular. The low flame from a single clay oil-lamp provided the only faint light. Hoar frost glittered on what of the walls he could see. The lamp rested on a monolithic raised stone platform at the chamber’s centre. A large figure, a near giant, sat at the block, slouched forward, arms resting on the surface. Its hair was long and iron-grey and hung in tangled lengths that obscured its features. Before it on the slab sat the remains of a mummified animal of some sort – possibly a monkey, Dorin thought.

Inner Legacy by Douglas Stuart
Jacquie D'Alessandro by Who Will Take This Man
When Darkness Falls by Grippando, James
Unnatural Exposure by Patricia Cornwell
The Saint's Devilish Deal by Knight, Kristina
Seducing the Princess by Hart Perry, Mary
Some Like It Hot by Edwards, Louisa
DUST ON MOUNTAIN: COLLECTED STORIES by BOND, RUSKIN
Brother Death by Steve Perry
Triumph by Heather Graham
Our partner