Read Dancing in the Light Online

Dancing in the Light 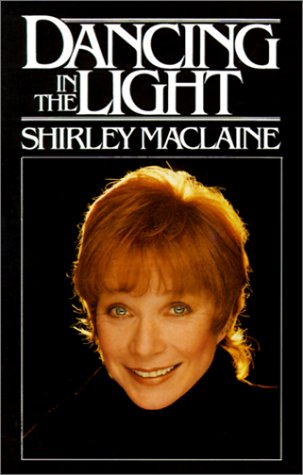 “You can see absolutely no one in the audience. It is alienatingly black. Then you realize it is all up to you. You are a performer. The long years were worth it. The miraculous magic of expression overrides everything. Once again you realize you are everything you are aware of. You are part of the audience. They are part of you. You and they are one expressing talent. The talent of giving and receiving, of resonating to a greater spirit by means of the body; the talent of souls appreciating one another creating life on a larger scale. The talent of understanding the shadow awareness that makes us all one, part of a divine perfection which is the essence of sharing. You are dancing with God. You are dancing with yourself. You are dancing in the light.”

DON’T FALL OFF THE MOUNTAIN
OUT ON A LIMB

Part One - The Dance Without

Part Two - The Dance of Male and Female

Part Three - The Dance Within

Part Four - The Dance of the Red Thread

From the time I was very small, I remember having the impulse to “express” myself. At the age of three I attended dance classes because I wanted to express myself physically. As a teenager, I went from dancing to singing, which seemed a natural and logical extension of that self-expression. Later, as an adult, I carried that impulse for expression even further, into acting, and experienced a greater form of expression. I loved the intricate mystery of being another character, sorting out background and motivation and meaning, exploring my own feelings and thoughts in relation to another person.

Then I found writing—an outlet that enabled me to express more intricately and specifically my experiences. I wrote to know what I was thinking. I wrote to understand my profession, my travels, my relationships, and, in fact, my life. Writing helped to whet an already insatiable appetite to understand the
why
and
how
of everything.

I like to think of each of my books as a kind of map depicting where I’ve been and where I’m going.
Don’t Fall off the Mountain
described how I learned to spread my wings as a young artist and began to take charge of my persona] destiny. In a series of expeditions to Africa, India, the Himalayan Kingdom of Bhutan, and to the land of my daughter Sachi’s namesake, Japan, I first reached out to touch the unknown—and was changed by it. The personal period profiled in
You Can Get There From Here
was one of great internal, intellectual, and political growth for me. The star system had come to an end in Hollywood, so I ventured into the quicksands of television. The result was disastrous and the impact on me profound. It drove me to test myself in the political arena during the presidential election of 1972, when I campaigned for George McGovern against Richard Nixon. That experience motivated me to pursue a desire few Westerners had been allowed to fulfill in the early 1970s. I led the first women’s delegation to China to study the remarkable evolution of a brand-new culture from the ashes of an ancient and little-known land. The experience of adjusting to an alien culture brought us smack-up against ourselves. We learned about our own evolution as well, and even more about what the human will, properly directed, can accomplish even against great odds. All of this prepared me to return to my performing career with a greater enthusiasm and appreciation for the craft by which I earned my living, and to explore what new levels of creativity I could bring to it. I believe this experience also helped to drive home another lesson: Anything is possible if you believe you deserve it.

I thought for a long time before I published
Out on a Limb
because it is the written expression of a spiritual Odyssey that took me further than I ever expected to go, into an astonishing and moving world of psychic phenomena where past lives, the existence of spirit guides, and the genuine immortality of the soul became more than concepts to me—they became real, true parts of my life. I think of this book as my spiritual diary opened to the eyes of those who also seek an inner understanding, and as my statement to those who taught me and opened my eyes that I accept their gifts with gratitude and humility.

I like to think of
Dancing in the Light
as a celebration of all my “selves.” It was a fulfilling and satisfying exploration of the promises I made to myself in
Out on a Limb.
In it I look with pleasure, humor, and some contentment upon my experiences as a daughter, a mother, a lover, a friend, a seeker of spiritual destiny, and a voice calling for peace in the world. I think it expresses my great personal joy at reaching this important point in my life, as well as the strengthening of my sense of purpose. But the story is not yet finished, for I am still a woman in search of myself, the lives I might have lived and the inner heart of my being.

If my search for inner truth helps give you, the reader, the gift of insight, then I am rewarded. But my first reward has been the journey through myself, the only journey worth taking. Through it all I have learned one deep and meaningful lesson: LIFE, LIVES, and REALITY are only what we each
perceive
them to be. Life doesn’t happen to us. We make it happen. Reality isn’t separate from us. We are creating our reality every moment of the day. For me that truth is the ultimate freedom and the ultimate responsiblity.

Wu Li = I clutch my ideas

Master = One who begins at the center, not the fringe 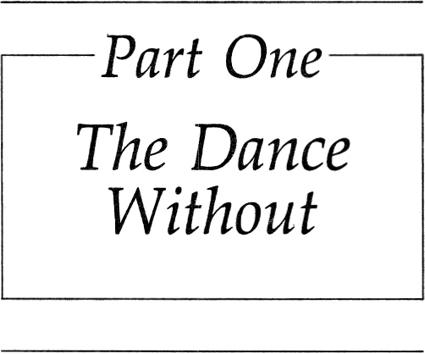 O
n the morning of April 24, 1984, I woke up in my New York apartment to realize I was going to be fifty years old at 3:57 that afternoon. I felt there was some kind of dramatic flair to reaching the midcentury mark in 1984 and of course I couldn’t, anymore, accept the synchronicity of my personal event as merely accidental. As I had told everybody I knew, I no longer believed there was any such thing as accident. Everything that happened was a result of some form of cause and effect and therefore had an underlying reason.

For example, the slight headache I now had. I knew it was from the prebirthday bash the night before.

My friend, the lyricist Christopher Adler, had thrown a party for a few thousand of my closest friends. Since I had to work the night of the twenty-fourth, we pretended my birthday was the twenty-third. Chris had decorated the Limelight with white and crystal. The invitations required white dress, and a few people came in jogging togs and sheets because white was not part of their city wardrobe.

The Limelight was an old church done over into a hot, Fellini-like disco. After the church owners had moved out, it had become a drug rehabilitation center for a while, and it was the Limelight people who prevented the building from being torn down. Due
to my spiritual proclivities, I thought it very fitting that my birthday party was being thrown in a rescued church. Perhaps we could help add a new dimension to its original purpose. To dance in a church seemed to be as good an idea as praying. In fact, they were the same thing to me. As I remembered, it seemed to me no dancing was allowed in the basement of the Baptist church in Virginia where I grew up. My Catholic friends, on the other hand, could dance and even drink beer in their church basements. It was a sort of double standard both ways. The Baptist church was informal upstairs, and formal downstairs. The Catholic church was the other way around. But my so-called Baptist background (which was actually negligible) never really influenced me. After my first church picnic, I opted for necking on hayrides instead. So my religious propensities were determined more by my libido than my higher self. But then everything depends on how you look at it.

However, my disco prebirthday party was an event, religious or otherwise, in anybody’s language. Each guest was met at the door by a white-clad escort (some decorated with sequins or crystals) who then ushered us through the passageways from rectory to library to meeting rooms all bowered in white flowers. There was laughter, warmth and joy ringing through the rooms where crystals hung from eight-foot floral arrangements of white lilies, white roses and white freesias, while clouds of white balloons drifted about the ceiling, rippling in the air currents. The walls were draped with crystal studded white silk. Eighteenth-century chamber music reverently accompanied us into the cocktail reception room. I privately wondered how long it would take before the night cut loose into what, I was sure, would be a full-blown exercise in la dolce vita.

I turned over in bed, stretched my legs, massaged the place on my right foot where some overly
religious photographer had dropped his camera. I thought of Elizabeth Taylor’s description of her experience at Mike Todd’s funeral. She told me there had been people eating their lunch off the gray slabs of tombstones while waiting to get pictures of the grieving widow. There had been a hot, ghoulish reeling of excitement—the same kind of excitement that is generated by bad accidents. Accidents? Was Mike’s death in a plane crash an accident? Oh dear, tell the one who’s left alive it isn’t. What possible good could death play? I wished I had known then what I knew now. Perhaps I could have been more help to Elizabeth.

I gazed out my bedroom window across the East River. Images of the night before still skipped in my mind … the friends who had come in from various parts of the world to help me celebrate being half a century old, the toasts of endearment they had offered me as, shyly, they stood to declare what they thought of me. It was one of those nights when you are faced with whether or not you have the grace to accept compliments without self-judgment, without false deprecation, and without embarrassment. But my daughter Sachi really did it to me. As only children, who basically speak from feelings and not from intellect, always can, she brought the tears fully spilling from my eyes when she stood up and said, all in a breath, “Happy birthday to my mother whom I love more than I can say and she is also my role model.”