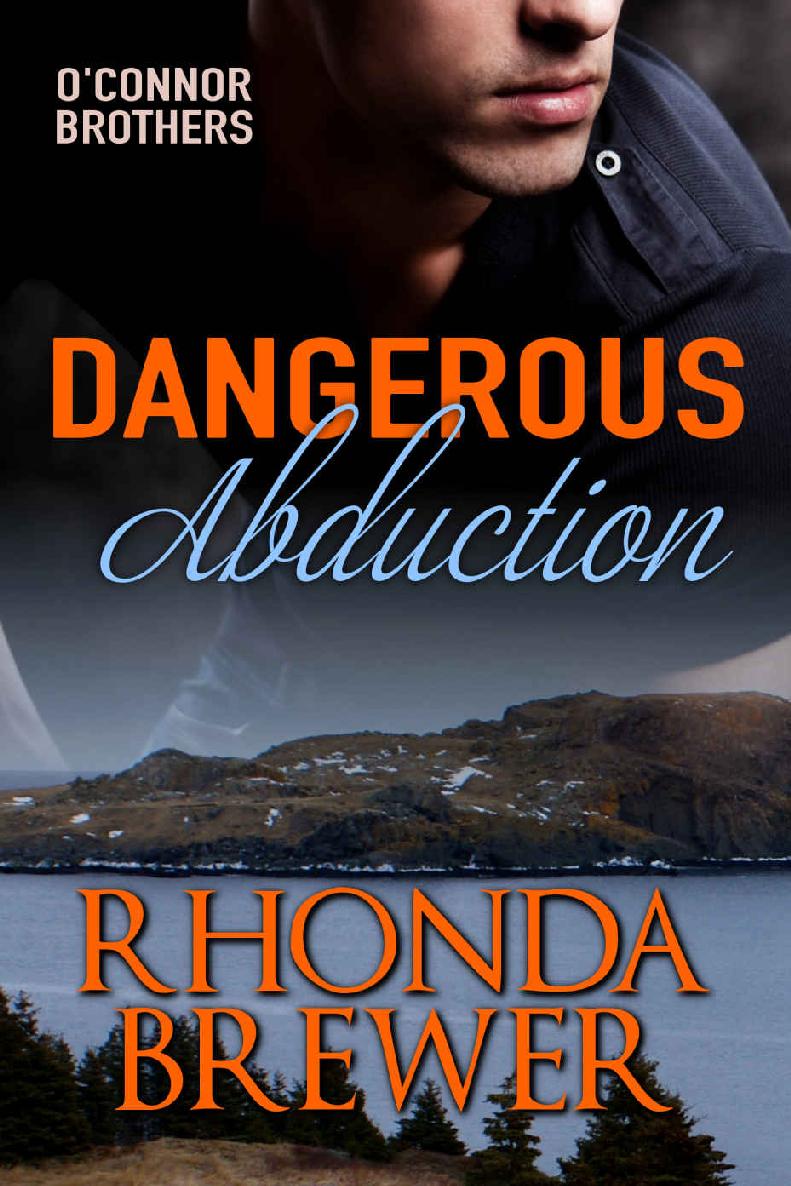 This book is dedicated to my two beautiful children, Laura and Colin. You are my greatest creation and have cheered me on everyday, giving me the courage to follow my dreams. I love both of you with all my heart.

There are so many people who made publishing this book possible and saying thank you just doesn’t seem enough. First, I want to thank my critique partner Amabel Daniels. As a new author she supported me and shared her experiences and ideas with me. Next, thank you to fellow author Zoe York for creating the beautiful cover for this book.

I also want to thank the many authors who helped me along the way with advice, experiences and the pep talks to make this possible. Abbie Zanders, Em Petrova, Susan Stoker, Kathleen Brooks, Rhonda Carver, Cynthia D’Alba, Victoria Barbour, Kate Robbins, Eve Jagger, and Lynn Raye Harris. They are amazing authors and amazing ladies.

To my beta readers, thank you for their time and input. Especially, Michelle Eriksen and Mayas Sanders. They gave me great advice.

Last but certainly not least, thank my husband whose encouraged me every day. To my parents, nobody could have a better mom and dad. Also thank you to my Aunt Gertrude Holwell, who throughout my life has been there for me any time I needed her and has always been like a big sister to me.

This book is fiction. Names, characters, places, and incidents are products of the author’s imagination and are not to be taken as real. Any resemblance to people living or dead, events, location or companies are purely coincidental.

This is the original work of Rhonda Brewer.

All rights reserved. No part of this work can be reproduced in any way without written permission from the author.

T
he house was so dark Marina could not see the lamp that sat on her bed side table. Estimating exactly where it was, she managed to find it and turn the switch. Nothing.
Damn it
. She slapped her hand around the top of the stand until she finally found her smart-phone and accidently knocked it on the floor. Luckily, the screen lit up so she was able to hop out of bed and find it quickly. She tapped the flashlight app and it illuminated her room. It seemed to be the only light to be seen as she moved to the bedroom window and pulled back the curtain. The entire road was completely blacked out.

“Great! A freaking power outage.” She sighed because one thing Marina Kelly despised was being alone in a blackout.

With her phone lighting the path, she made her way to the kitchen. She only tripped once and stifled a curse when she stubbed her toe on a chair that she was sure she’d pushed in earlier. She praised herself for her obsessive habit of making sure everything had a place when she put her hand on the battery-operated lanterns she kept in the cupboard.  She needed to save the battery on her phone since the cordless phones didn’t work without power. Of course she hadn’t listened to her mother and gotten a corded phone like her mother suggested.
Mom was right again
.

She hated the dark, and if Danny woke up, he’d panic. Her son was terrified of the dark and always had a bright nightlight in his room. She grabbed two of the lanterns and turned to make her way towards his room but a loud crack echoed through the house, making her stop in her tracks.

“Marina!” A male voice rumbled and it sent fear to the depths of her soul. She knew that voice as if she’d only heard it yesterday.

“Oh God. No!” Her voice was a whisper and her breathing came in pants as she gasped for air. It couldn’t be him.

“Marina, don’t hide. It’ll only make things worse on you.” Chills rushed down her spine and she tried to move, but it was as if she were walking through water. She needed to get to Danny before he did. Her son had never met his father before and he wasn’t going to meet him if she had anything to do with it.

“Marina, you better fucking answer me. I’m taking my kid.” The words sounded more like it was coming from a growling animal than from a man. Marc wasn’t getting Danny. She’d die before she let him near her son.

She tried to tip-toe out of the kitchen to get to Danny’s room before Marc found them both, but another loud crack from the foyer made her freeze in her tracks. Then something pulled her towards the sound and away from Danny’s room. She couldn’t stop moving towards the ominous crash. A flash of light lit up the foyer, and a dark shadow filled the open doorway. At least she could be a distraction and keep Marc’s attention away from Danny. It didn’t matter if he hurt her again. She could take whatever he dished out because all that mattered was Danny stayed safe.

The room was suddenly filled with a bright light allowing her to see more than she wanted. He was in front of her and her heart pounded in her chest like a jackhammer. He was bigger than she remembered, and his lips were turned up into a sadistic, evil, smirk. She turned to run but she couldn’t move. Then her entire body began to tremble and she couldn’t control it.

“Did you think you’d be able to hide from me? That I wouldn’t find you out here in the boonies? I found you here once before, bitch.” Marc spit at her and his face twisted in anger, turning blood red. He didn’t look human.

“Marc, please, please leave us alone.” Marina forced out the words but they came out in a whisper.

He slammed her against the wall, and his fist connected with her stomach, making her buckle over. Then he pulled her up by her hair and wrapped his other hand around her throat. Adrenalin must’ve been coursing through her because there was no pain from his assault. Even when he released her hair, pulled his hand back and slapped her across the face. She wasn’t even shivering anymore.

Then both of his hands closed around her throat, making it harder to breathe, but he was squeezing so slowly it was as if it was all in slow motion. Marina raised her gaze to meet his and gasped at the red glow emanating from his eyes. She clawed at his hands but he was too strong.

“Mommy!” Danny squealed.
Oh God, no.
She shot a desperate glance at Danny’s bedroom door. He was struggling to get away from Marc.
What?
Marc was still choking her. How could he be holding Danny? “Mommy, wake up!”

Marina bolted upright in her son’s bed gasping for air. Sweat covered her face and her heart thundered in her chest. Danny was next to her staring at her with wide frightened eyes.
It was a dream
. It was another freaking nightmare, and Marc wasn’t in the house trying to take her son. When were they going to stop?

“Mommy’s okay, baby.” Marina pulled him into her arms and kissed the top of his head. “Mommy just had a bad dream.”

This was the third night in a row she’d fallen asleep in Danny’s bed, and it seemed to be the only time she did fall asleep. Between getting hardly any sleep because of the nightmares and work, exhaustion was setting in. She had to do something about this before she made herself sick. For a while the nightmares had only come one or two nights a month, but for the last few weeks they’d been coming almost every night. It was pissing her off because she thought she’d finally gotten the fear under control.

A loud knock on her front door made her whole body go rigid. She glanced at her watch. It was after ten o’clock, which was late for someone to be just dropping by. Who would be at her door this late?
Marc?
Before she knew what happened, Danny jumped off the bed and ran out of the room.

“Danny! Stop!” Marina ran after him, but he’d already opened the door. The sight that filled her doorframe made her heart thud for another reason altogether.

“Marina, are you okay?” James looked sexier than any man had a right to. He had become part of her dreams as well. The ones that starred him, though, were anything but nightmares.

“She’s fine, Unca James. Jus’ a bad dream.” Her son jumped into his arms and then he had to go and kiss the top of Danny’s head. Marina felt as if she’d melt into the floor.

“It’s fine, pal.” Marina focused on those beautiful, intense, blue eyes. “You did exactly what Uncle John and I told you to do.” James lowered Danny back to the floor but his gaze never left hers.

“Danny, go get back into bed. I’ll be there in a minute.” She tousled Danny’s hair as he darted past her.

“Night, Unca James.” Danny waved as he disappeared into his room. That left her alone with the only man in four years to ignite a need that burned to her core. James O’Connor.
Fuck.

“Are you okay? Really?” His deep, velvety voice made her shiver.

“I’m fine.” Why did Danny call him? She glanced down realizing all she was wearing was a short pair of pajama shorts and a tank top that her body would be considered too curvy to wear in front of anyone. It wasn’t meant for others to see, and it was comfy to wear to bed. Wait a minute. Danny called James? How the hell did he call James?

“Danny was frightened when he called.” James scanned up and down her body, making her want to strip naked and run for cover all at the same time.

“Okay, I’ve got two questions.” Marina needed to change gears because the deep stirrings he caused were getting hard to fight, especially when he was so blatantly taking in every inch of her.